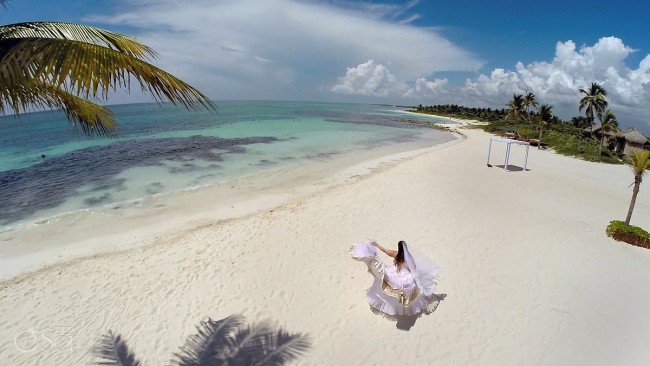 Every little girl dreams of her wedding day. Maybe it’s ingrained from all the Disney fairy tales and romance novels that makes us dream of fluffy white gowns, beautiful flowers and walking down the aisle to her Prince Charming, before riding off into the sunset to enjoy the happily ever after. 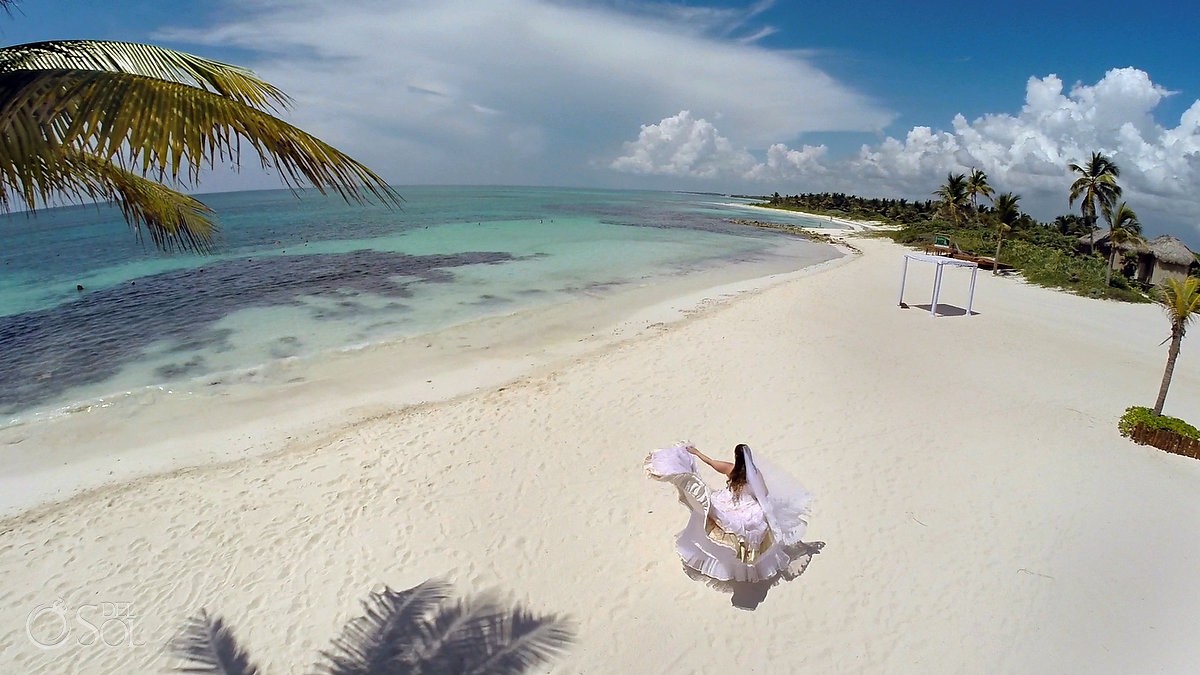 Janine, like all little girls, also dreamed about her wedding day. Janine was a few short weeks from marrying her fiancé John. Invitations had been sent, details were coming together, her beautiful dress that was “built from scratch” was hanging, carefully hidden away in anticipation for the big day. Then the unimaginable happened. Just 2 months before her wedding day earlier this year, John tragically passed away, leaving Janine utterly devastated and totally lost.

Janine decided to keep the dress instead of sell it because of what the dress meant to her, but she needed healing, she needed closure and she wanted to do a memorial photo shoot in her dress involving water, a purifying and cathartic element, to help her finally begin to move forward again. 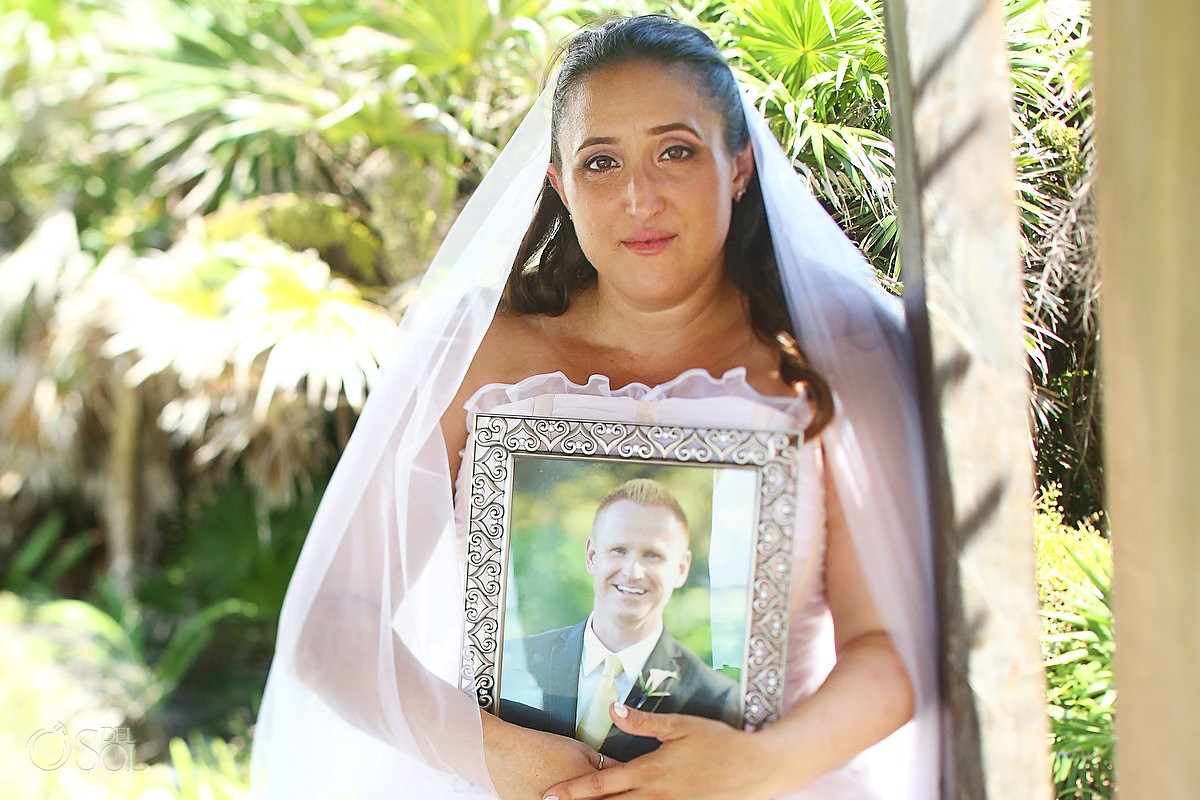 After a Google search of “photographer” and “underwater brides,” Janine found destination wedding photographer, Matt Adcock of Del Sol Photography and asked if he would be willing to do a special “trash the dress photo” shoot. Matt wanted to do whatever he could to help her through the journey of healing and planned a shoot with the elements of “fantasy, magic, imagination and dreams.”

The shoot had many symbolic elements which started with Janine writing a note to John, tying it to a balloon and releasing it. Matt and his second shooter, Debora Ducci, used mixed media to record the shoot, taking video on a Canon 5 D Mark III, a Nauticam enclosure for the underwater shots. A drone was used for the balloon release and the aerial shot of the “symbolic falling backwards into the cenote river.” During the shoot, Janine’s bravery and spirit inspired all those involved with the shoot and the images from the shoot continues to touch those that see the photos and Janine’s clear strength in them. 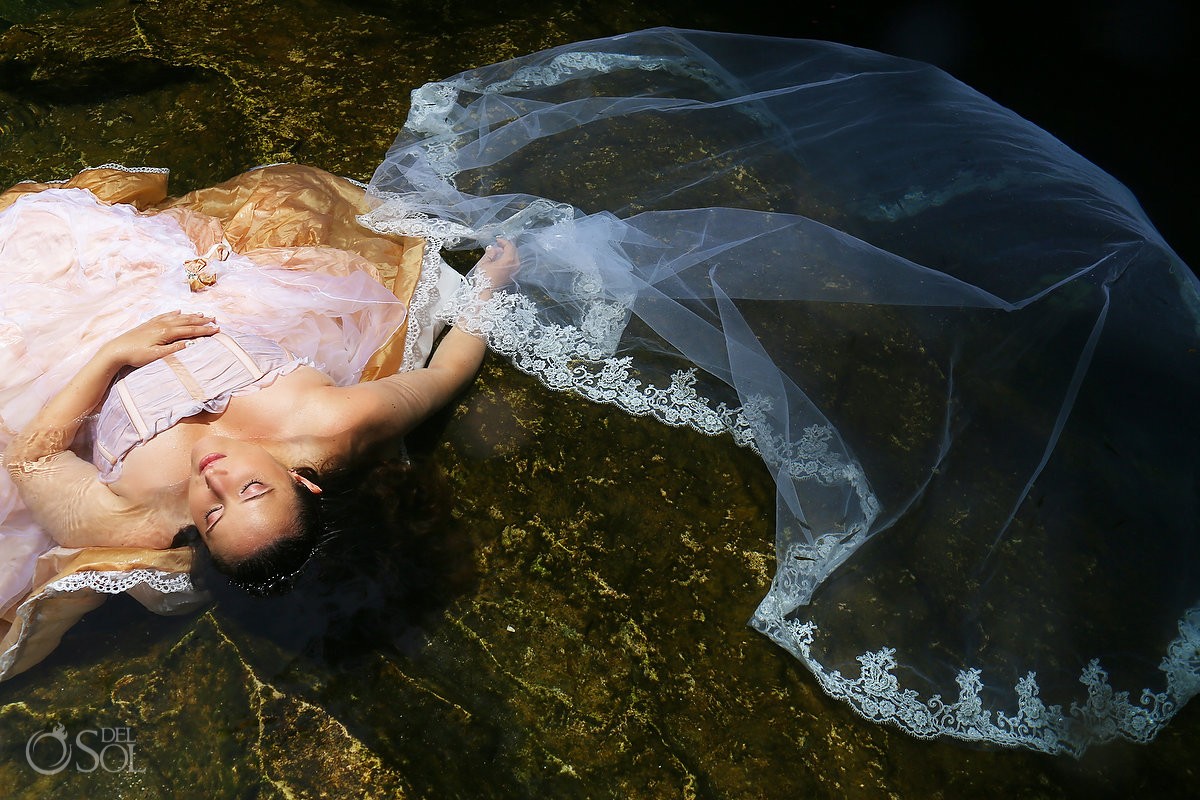 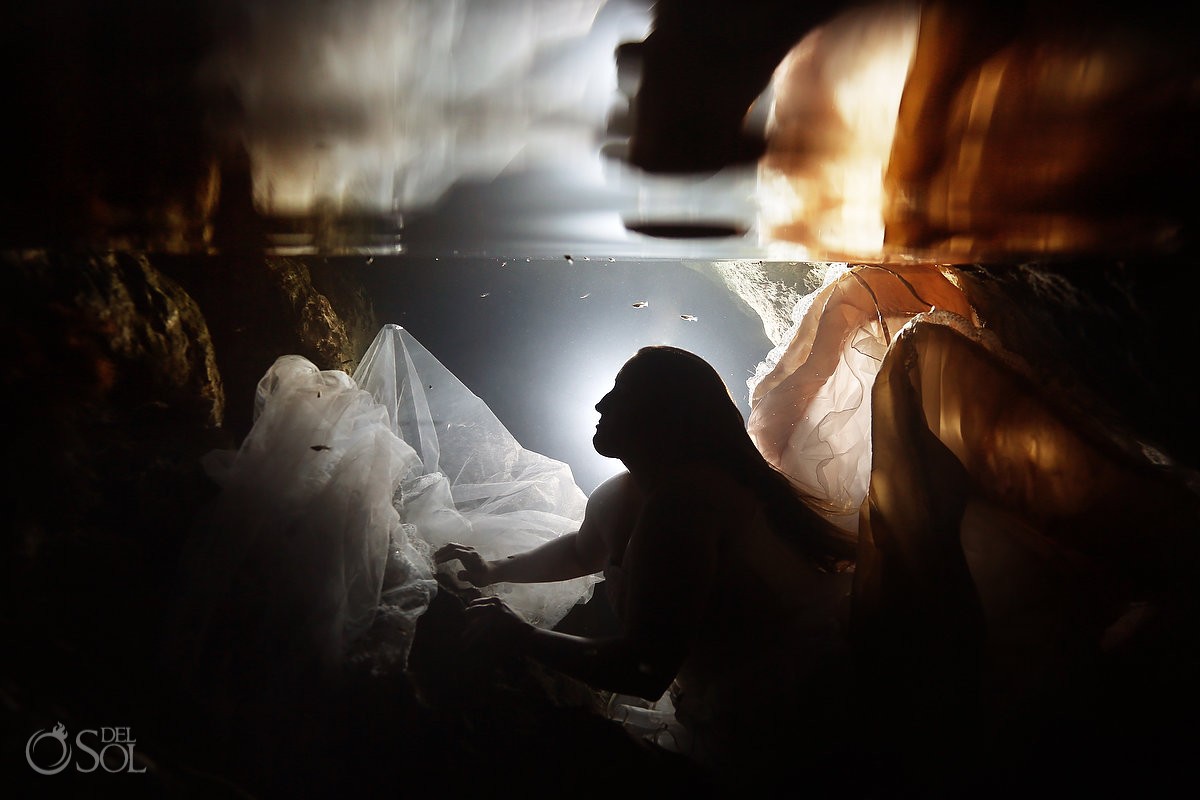 This day was very emotional.  At the end of the day I felt so accomplished and I felt more alive than I have ever felt since May 1st.  I really felt that Johnny was smiling down at me and finally giving me closure that I can live my life in a positive way, but never forgetting why I was here.  I want to move on and explore the world.  I want to meet people who I can share that with.  After the shoot I felt like all this was possible.

To top it all off, Matt also pulled some strings and with the help of the Zuko from AM Resorts and the team at Dreams Tulum they were able to bring Janine (and her friend Raquel) to the Riviera Maya for not only the photo shoot, but an all inclusive 6 night stay free of charge. 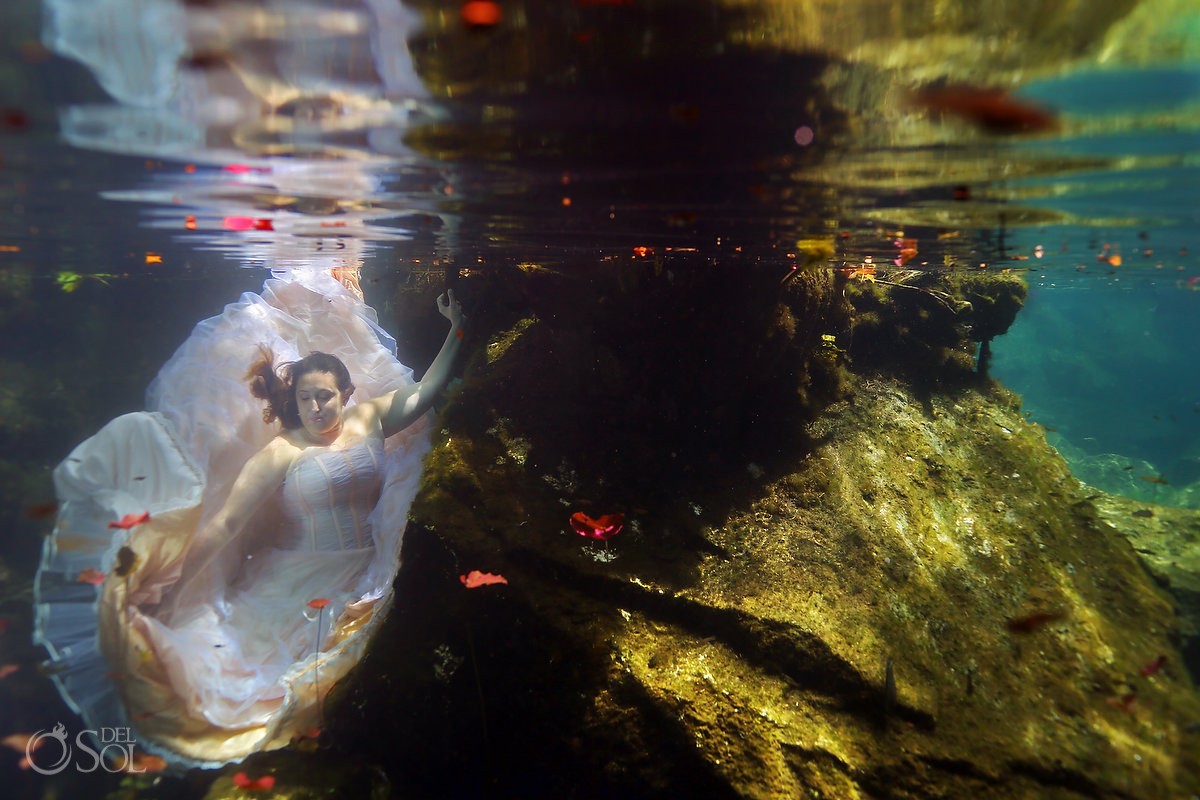 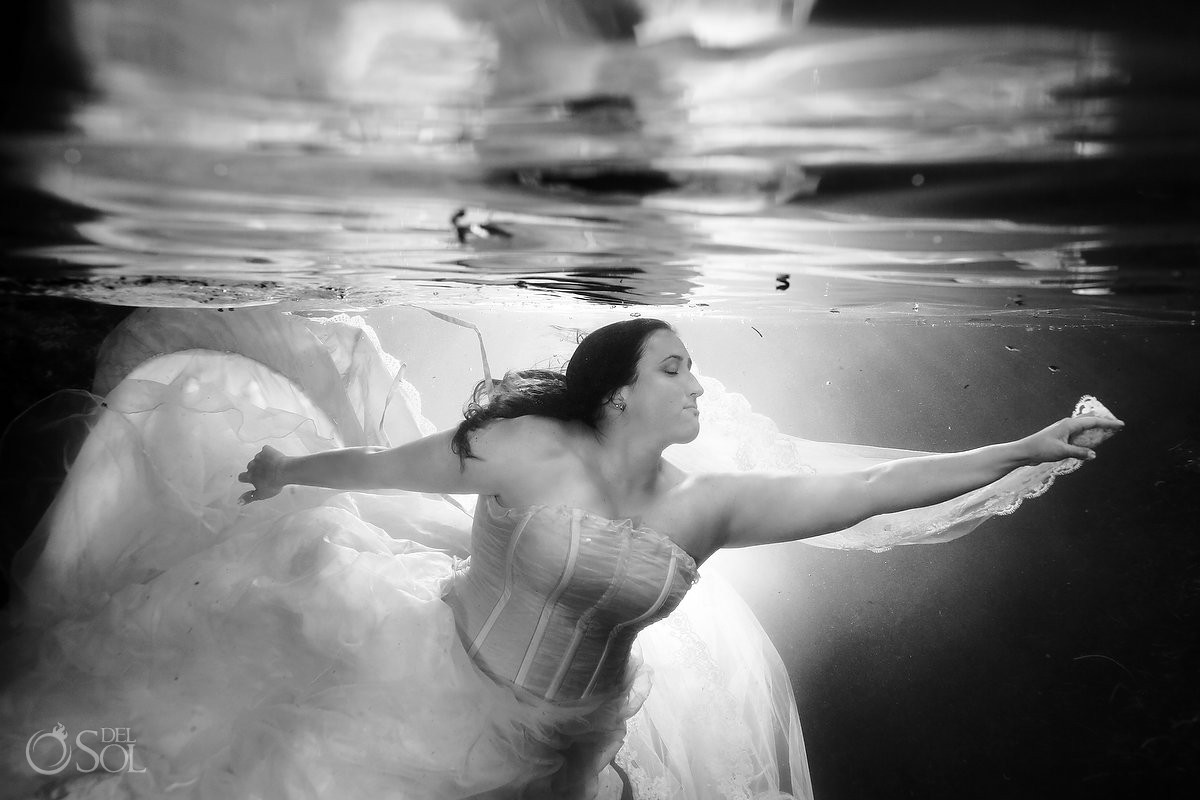 CREDITS: All photographs by Matt Adcock, Debora Ducci and Del Sol Photography are copyrighted and have been used with permission for SLR Lounge. Do not copy, modify or re-post this article or images without express permission from SLR Lounge and the artist.