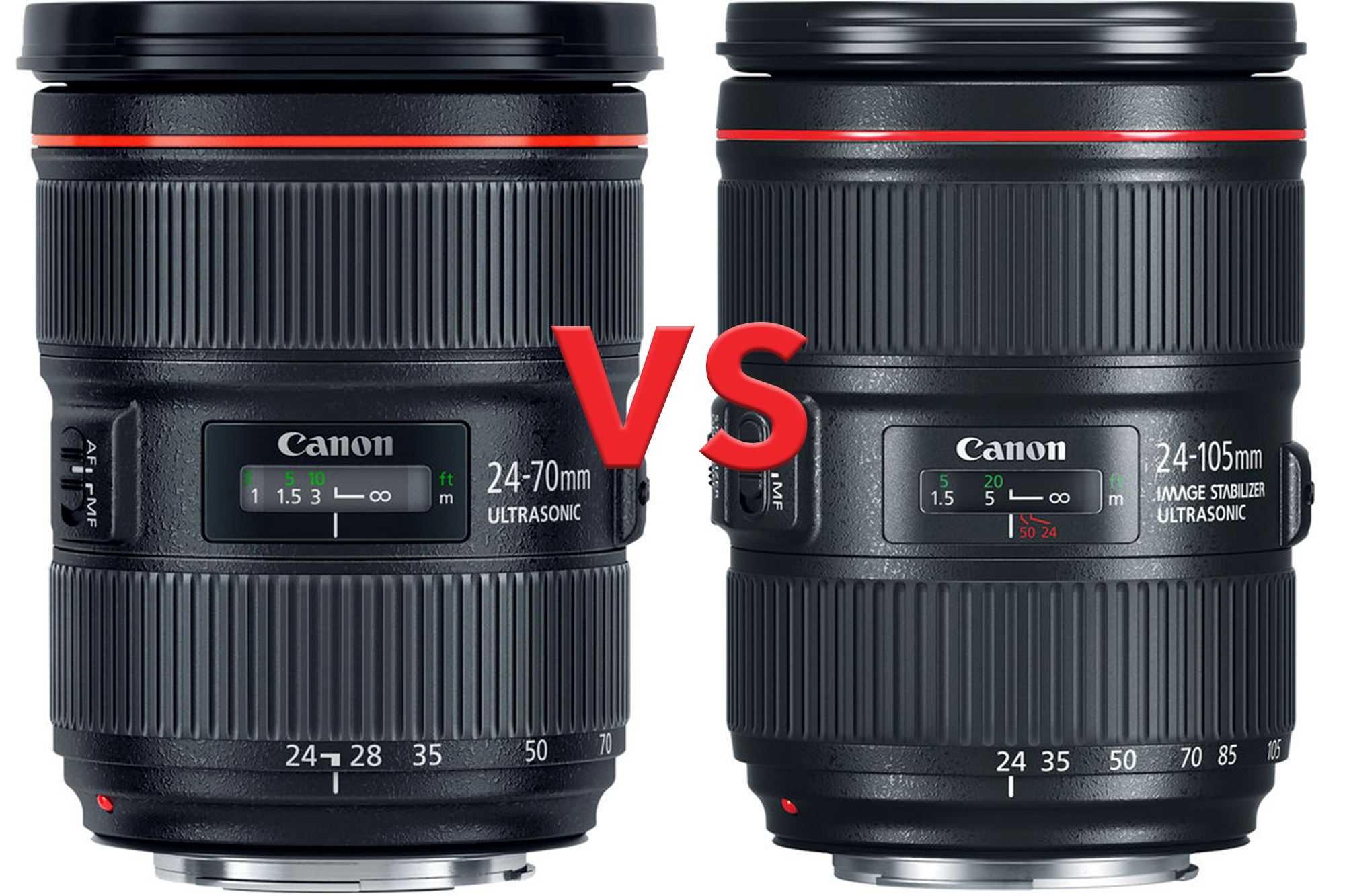 With our recent review of Canon’s updated 24-105mm f/4L IS USM II lens, inquiries via social media made it apparent that many of you have the same question regarding these two lenses (of any brand):

Both are incredibly versatile, sharp and capable lenses that can make a wonderful addition to your lens collection, so the answer, of course, will depend on personal variances at the end of the day, but we’d like to lay out some information to help you compare and come up with a decision that best suits your needs. 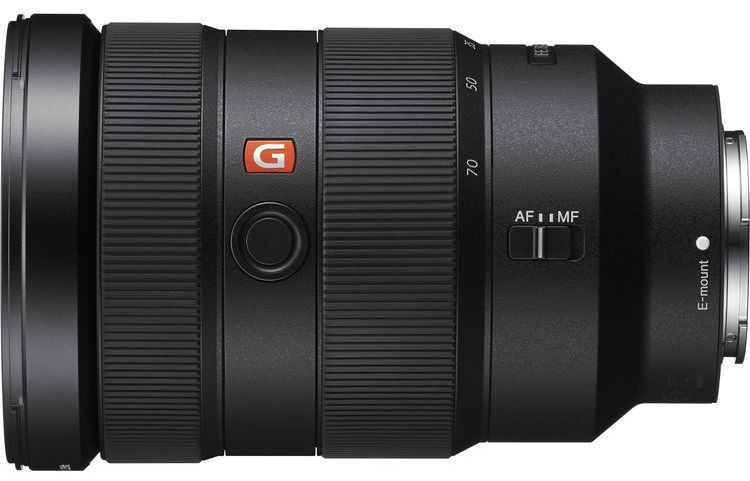 Each of these lenses comes in a variety of ‘flavors,’ and in the 24-70 department, there are lots from which to choose. The biggest distinctions are in brand and speed. Most of the 24-70mm options available are f/2.8 lenses, though Canon and Sony both offer f/4 versions (Sony’s E mount f/4 has horrid distortion.) All of the major brands that make full-frame cameras, however, have at least one of their own, and Sigma, Tamron, and Tokina all have third party offerings.

[REWIND:] HOW TO USE SONY STEADYSHOT WITH OLD, MANUAL, AND ADAPTED LENSES

The 24-70mm focal length range is wide-to-normal, encroaching on telephoto at the long end, and while manufacturers have long embraced similar ranges, the 24-70 is actually a relative youngster, introduced in 2001 by Sigma. Since then, it has really taken off in popularity, becoming a go-to for many photographers in many genres. It is something of a ‘professional’ focal length range, as these lenses are usually top-tier in quality and in price, with constant aperture and high-level image quality.

Until somewhat recently, 24-70mm lenses did not have image stabilization, but the addition of this feature is becoming the norm, with Canon’s current f/2.8 model being the most important hold out without IS. However, it is debatable just how important image stabilization is in this focal range since wider lenses are less prone to camera shake, and that modern cameras allow for faster shutter speed given better handling of ISO. 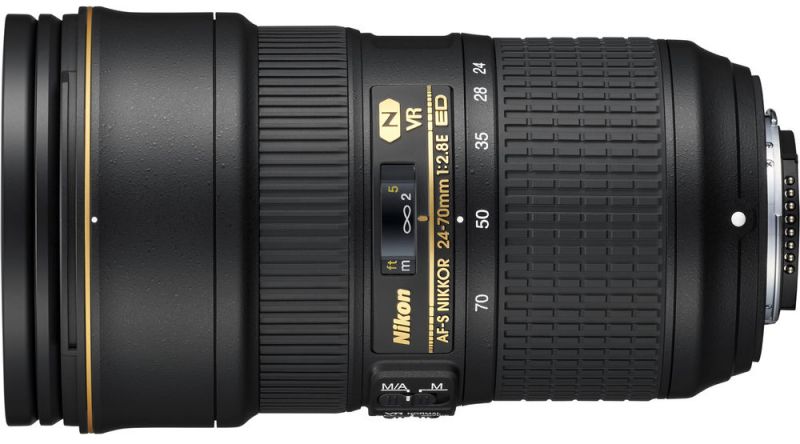 Why might you choose this lens over the farther-reaching 24-105mm? An easy answer for the 24-70mm f/2.8 lenses would be the maximum aperture. These lenses have at least a stop more light available to them, and for those who often are dealing with low light situations, like wedding or concert photographers, that stop can be vital. It also aids in mitigating the problems associated with a lack of image stabilization found in some models, and at 2.8 you can still get nice subject separation through most of the range, and nicely so racked out.

As for the merits of the f/4 versions, if your heart is set on 24-70 but you’re on a little bit of a budget (none of these lenses would quite qualify as ‘budget’) there are significant price reprieves to be traded for that lost stop of light. Both Sony’s and Canon’s f/4 variants are in the neighborhood of $1,000 less expensive than their f/2.8 counterparts, with Canon’s edging toward something that could be legitimate ‘budget’ for an L lens at $899. 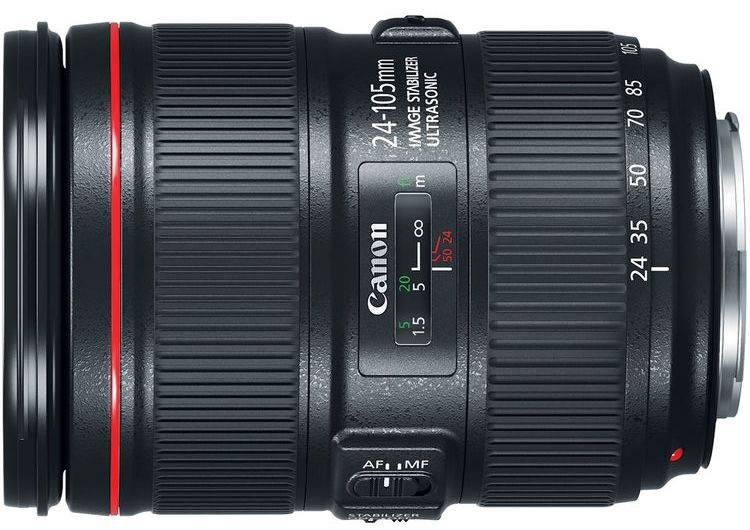 The 24-105mm is a Canon creation that gained popularity through the 24-105mm f/4L IS USM’s wide distribution as a kit lens bundled with Canon full-frame cameras; something that began in 2005. As such, it was many a Canon shooter’s first ‘L’ lens and even first lens, period, for those fortunate enough to start with a full-frame camera. It holds a special place in many photographer’s hearts for this reason.

Last year, the 24-105mm f/4L IS USM got an update in the form of a version II lens with improved specs and a bit more weight and girth, and 2014 saw the release of a non-L lens with this range and a variable aperture – the Canon EF 24-105mm f/3.5-5.6 IS STM. For non-Canon shooters wanting to try this range out, Sigma has got you covered with their own f/4 offering.

A 24-105mm takes versatility a step further than a 24-70mm by adding an additional 35mm in reach but simultaneously takes a step back by losing a stop of light, and thus DOF control. 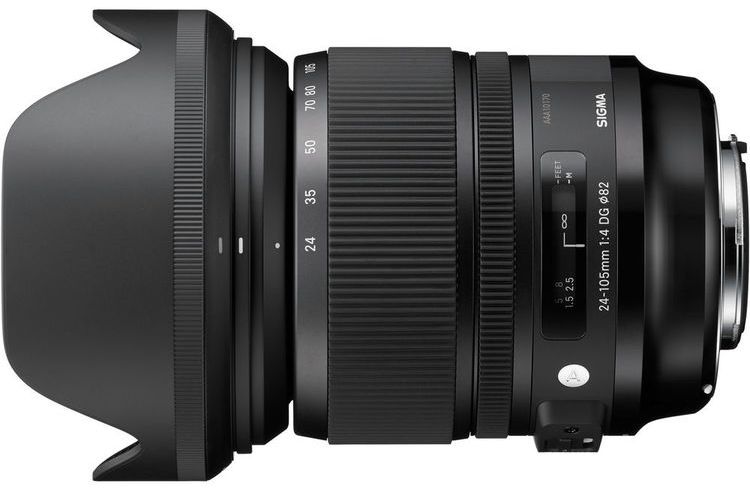 Why choose a 24-105? The biggest positive differentiating factor is that extra reach. That’s really it, and it’s most welcome when one is photographing a portrait session or traveling because it’s very much an ‘all in one.’ While it doesn’t really have the subject separation advantage of the 24-70 2.8, it’s still not bad at longer lengths, and racked out at 105, shooting at f/4 still gives decent separation. For portraits, a 24-105mm lens also makes it easy to go from a group shot to a headshot in seconds if need be. While a 24-70mm lens can be used similarly, they just don’t incorporate that classic portrait focal length that the 24-105mm does.

The drawback, of course, is the narrower maximum aperture. While image stabilization and high ISO use can bring you up to speed to a degree, they won’t do anything to your depth of field.

[REWIND:]WHAT ARE THE BEST LENSES FOR PRODUCT & STILL LIFE PHOTOGRAPHY?

Ultimately, your decision will have to be centered around your own needs. Important things to consider are your budget, whether you want to purchase a first or third-party lens, your existing lens collection, your camera’s high ISO capabilities, whether you frequently shoot in low light, how much reach you need, and whether you will put this lens on an APS-C or full frame body.

The sheer number of lenses available to fit into either of these two focal length ranges makes it difficult to declare a definite ‘winner,’ as there is such variance in price and image quality.

Also consider where, how, and what you’ll be shooting. If you’re in studio a lot and you aren’t shooting at 2.8 all the time then the 105 is the better all ’rounder, but if you’re often in low light, and want more subject isolation the 24-70 is likely it. 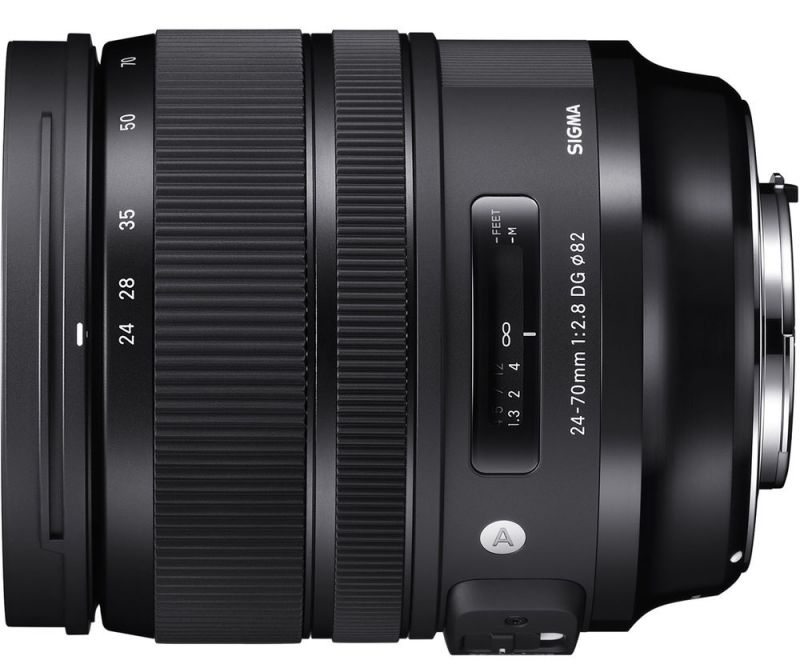