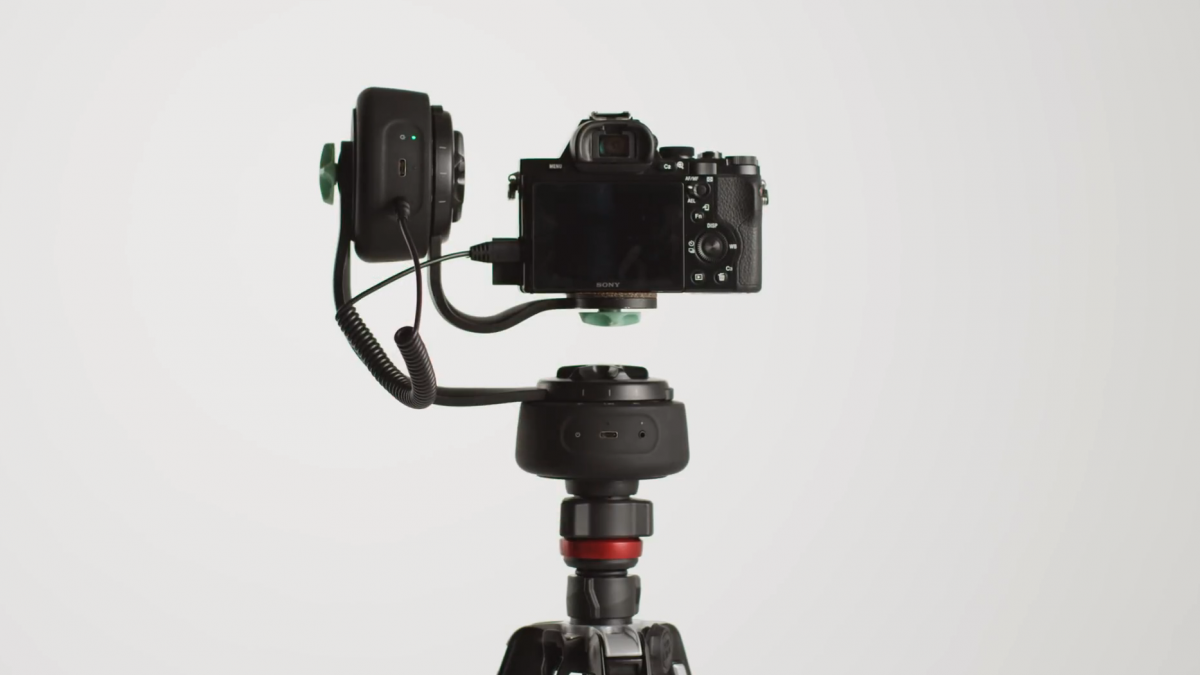 From an increasingly crowded field of motion control devices for photographers and videographers, one brand has continued to push the technology forward and make an already great product better than the rest. Syrp‘s latest release of features on the Genie II App have solidified their Genie II and Genie Mini II devices as two of the most versatile photo and video creating tools on the market.  The Genie II app allows users to take advantage of these free updates, each as powerful and easy to use as the next, to create more dynamic photos and films.

Using Syrp’s Genie Mini II or Genie II Pan Tilt, it’s easier than ever to capture a single or multi-row panorama (with up to five rows of frames). Multi-row panoramas require the use of a second Mini Genie II (or Genie II Pan Tilt) as well as a pan-tilt bracket, but they allow you to capture much more of the scene in the final image, even so far as capturing a 360-degree view.

Watch the video below for detailed instructions on how to use the Genie Mini II to capture both types of panoramas:

To get started, connect your camera to the Genie II using the shutter release cable, and then connect to the Genie II app.  Using the app, you can adjust sensor size, aspect ratio, focal length, and orientation. One of the coolest features of using the app to capture a panorama is controlling the panning motion via the app.

As you move the joystick to choose your start and stop points for the panoramic image, the Genie II responds in real-time and automatically pans the camera left or right (and up or down for multi-row panoramas) according to the settings you input. For multi-row panoramas, you need only select the start and stop points using the joystick and the Genie Mini II will automatically map out the shots and even let you know how many frames will be captured.

Before you begin taking pictures, you can also set the capture time to allow your camera to snap a picture before the Genie II moves into the next position. This is especially helpful for capturing photos in low light situations, which might require an additional wait time to get a proper exposure.

Once you’ve selected your overlap setting for each image (Syrp recommends a 40% overlap to make it easier to stitch the images together), you can start capturing your panorama, whether it be single or multi-row. If you need to make any adjustments, you can simply go back into the app and choose to reframe your shot using the same process mentioned above.

You can watch the video below to learn how to process your multi-row panorama images.

While the multi-row panorama feature mentioned above requires you to set your start and stop points before taking the image, the new Live Drive feature allows you to control motion on your Syrp Genie Mini II in real time while you’re capturing footage, whether it be for stills or video. This can prove especially helpful when covering a moving subject, such as a presenter who might move across a stage, for example.

Using the Genie II app, you can control the camera’s motion for up to three Genie Mini II devices, giving you live control of 3-axis of motion video (see image above). In addition to direction, you can control the speed and smoothing action of the motion (also through the app). The speed and smoothing settings for pan, tilt, and linear motion can be set individually for fully customizable live drive coverage.

Last, but definitely not least in the list of Syrp’s new app features is stop motion. Using this new feature, photographers and filmmakers alike can easily create stop motion videos with more precision and in a fraction of the time it would take without the Syrp Genie Mini II. Through the app, you can use a keyframe editor to map out your movement while keeping full control of frame rate. The app makes it easy to set the motion, move the motion controller to each frame, and trigger the camera to capture the image.

You can watch the video below for a quick tip on Syrp’s new stop-motion feature:

In their continued effort to simplify motion control for photographers and videographers, Syrp has designed powerful, user-friendly features that make professional quality motion control accessible. The latest updates are no exception as they join a list of quality features that can be accessed through the Syrp Genie II app, including a super intuitive programmable keyframe editor. Each of the three new features offer dynamic motion control for photography and videography enthusiasts and pros alike, and they couldn’t be easier to use. The best part is, as previously mentioned, these updates are completely free.

For those looking to pick up a Genie Mini II or Genie II Pan Tilt, don’t miss Syrp’s Black Friday sale, which runs from November 29th through December 2nd (Cyper Monday). You can find more information on their website or through their store on B&H (for customers in the U.S.).

“Syrp designs and develops motorized camera sliders as well as motion control hardware and software that enables independent content creators to remotely control their camera equipment, allowing for the capture and smooth tracking of shots for video, time-lapse and hyper-lapse imagery. Born from a passion for film-making and a lack of portable, user-friendly equipment, the company designs gear with a film-maker first approach. enabling its users to create better films.”

FREE Tutorial on How to Simulate Sunlight with Off-Camera Flash