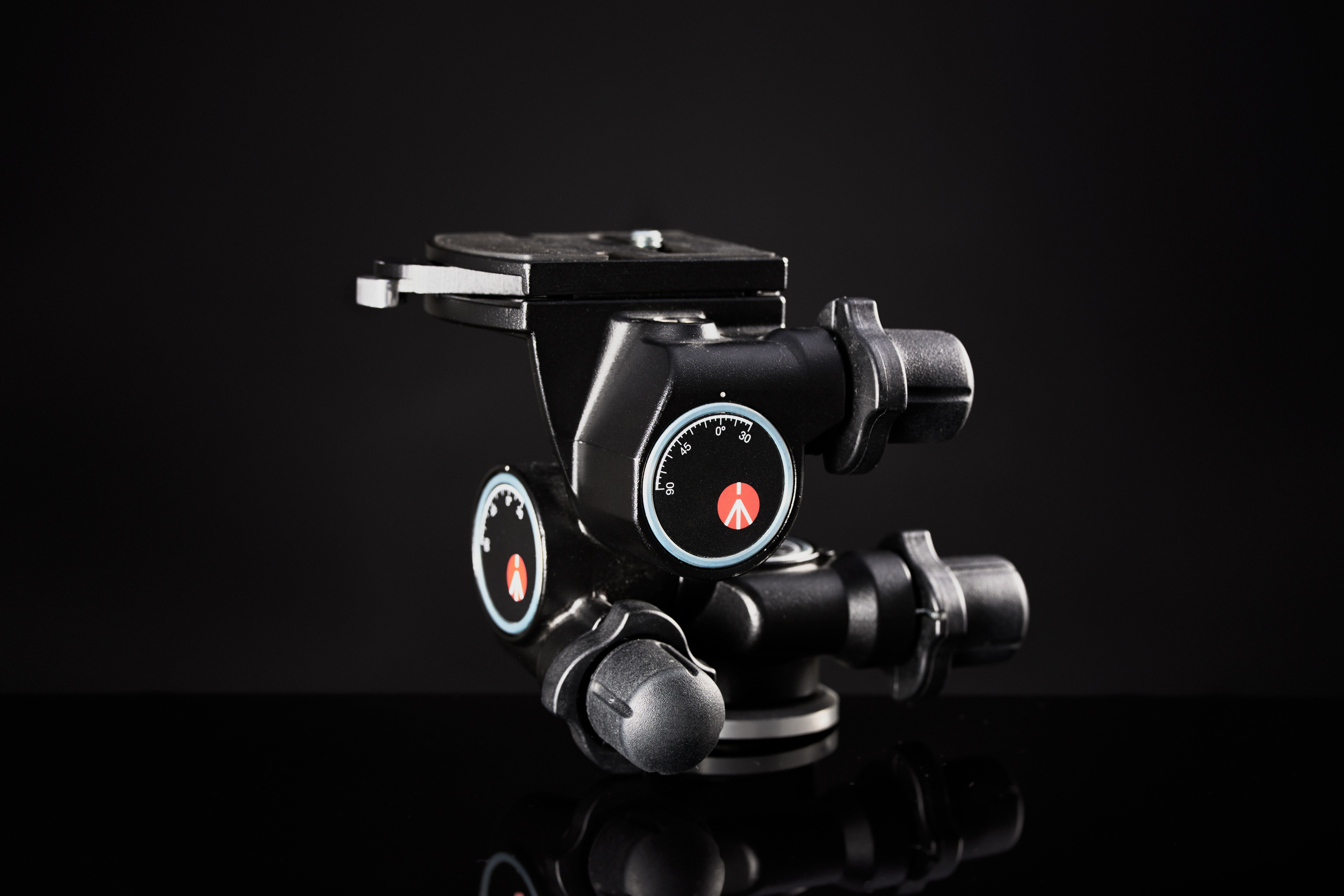 Simple Photography Tips | What Tripod Head is Right For Me?

Tripods are an essential tool for photography. Every photographer, at one point or another, will have to purchase one. Like many photographic purchases (like the batteries I just bought) Tripods are not a particularly glamorous purchase. Despite this, getting one which suits your needs is essential. Most decent tripods are made up of at least two main parts: the legs / sticks, and the head. In this article, I’ll be covering the tripod head and it’s many, many variations.

Tripod heads come in many forms and, arguably, are the most important part of the tripod. So long as you’re not going for some dirt cheap legs, most will be adequate for the majority of requirements. The tripod head, on the other hand, has many features which benefit different types of photography 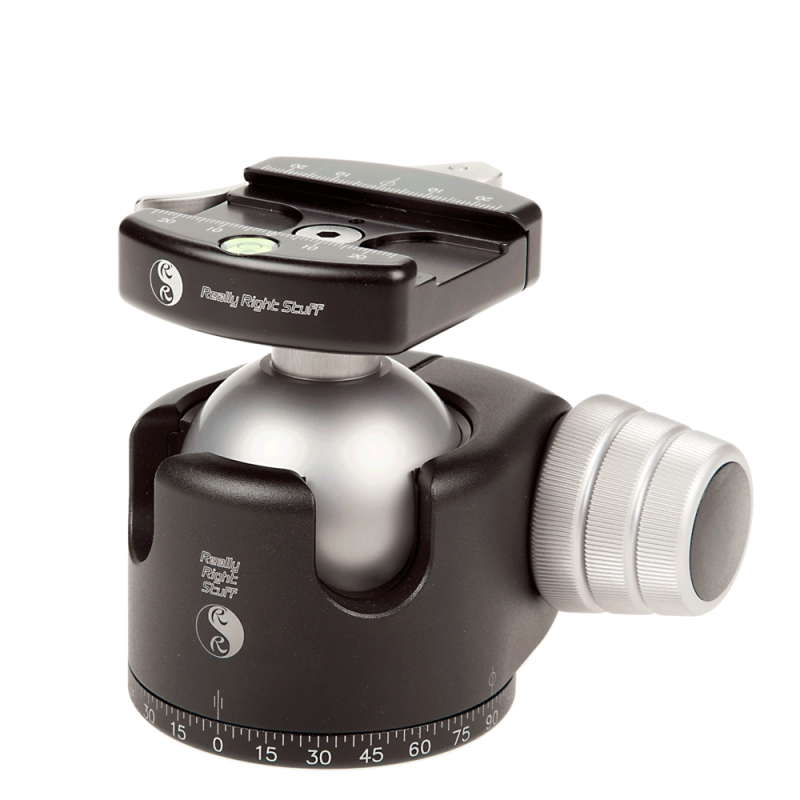 Speed – The main knob on a ball head can be quickly loosened and tightened for fast adjustments to camera position. With a good ball head you’ll also be able to use varying degrees of tension, which will allow you to move the camera without always needing to fully loosen and tighten the head.

Versatility – It’s this reason which makes ball heads so common. For any photography which does not require pinpoint accuracy, a ball head can be very useful. If your subject is moving then you can simply loosen the knob and freely move the camera in any direction you want, while still reaping some of the benefits of being on a tripod. If you then find a shot that needs a locked off positon, you can quickly tighten the head. I’ve used a ball head for portraits, headshots, family photography, wildlife, product photography (in a pinch).

Precision – if precise movements with small adjustments will be necessary, a ball head may not suit your needs. While lots of the more expensive heads will not sag very much after you tighten the head, many do. As a result, ball heads are not generally the choice of product or interior photographers.

[REWIND: HOW TO REMOVE BANDING IN PHOTOSHOP]

Weight bearing – For the majority of circumstances this won’t be an issue, especially if you purchase something expensive like the BH-55 pictured above by Really Right Stuff – That’s a tripod head I have drooled over for some time. However, if your budget won’t stretch that far then you may run into issues when using heavier kit at more extreme angles. Ball heads can take a lot of weight but if they’re not good quality, you may get some movement at particular angles with heavy lenses.

The Pan And Tilt Head 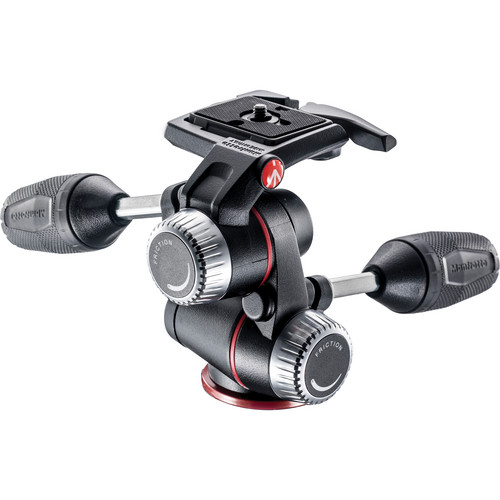 More precision – Pan and Tilt heads, I would say, are the next most common type of tripod head. Rather than only having one main knob which controls most movement (like the ball head), pan and tilt heads have separate arms which allow the user to adjust the pan and tilt separately.

They can take more weight (generally), compared to ball heads, and especially at the extreme angles mentioned above.

Bulky – Some versions have arms which retract thereby reducing their size for transportation, but most don’t. With the arms out, a pan and tilt head can become quite cumbersome.

Lack of precision – While they are more precise than a ball head they’re not the epitome of accuracy. To adjust a pan and tilt head, you loosen the handle, adjust and then tighten again. By the very nature of having to loosen and then tighten again, there will be some movement. So while it is far more accurate when compared to a ball head, they pale in comparison to geared heads.

Slow – If speed is required, a pan and tilt head is not for you.

Generally speaking, the pan and tilt head is a compromise between a ball head and a geared head. It hasn’t got the speed or versatility that a ball head provides, nor the precision of a geared head. A jack of all trades, master of none; if you will. For that reason, I have never been much of a fan.

[REWIND: WHAT GEAR DO YOU REALLY NEED FOR PRODUCT PHOTOGRAPHY?]

The head pictured above is the Manfrotto MHXPRO-3W, you can find it here. 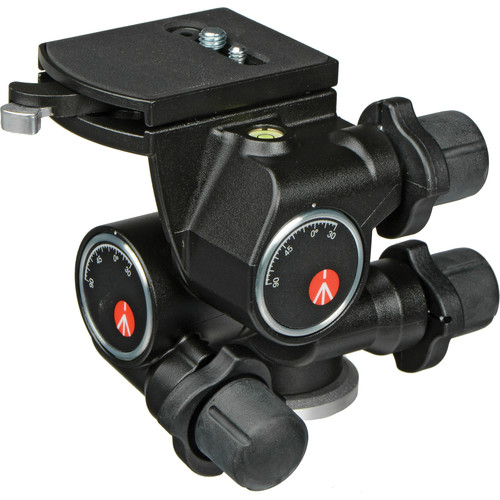 Ultimate in precision – I own the Manfrotto 410 junior pictured above, and absolutely love it. For many people it won’t be necessary, but for any photographer that needs precision from their tripod head, a geared head is heaven. No longer do you perfectly frame your shot, tighten the head and the camera moves slightly! With a geared head, you never need to loosen the adjustments knobs. Instead, you twist them and the camera slowly moves. Let go, and your frame will stay exactly where you left it.

Weight at angles – Because of the way geared heads are designed, they will not move at those extreme angles I have been mentioning. They normally aren’t rated to bear as much weight as other types of heads but once locked in, they will stay there.

Slow – As you can imagine, turning knobs to move the camera can be very slow. There’s usually a feature to fully loosen each knob but geared heads can never match a ball head for speed. However, if precision is what you need, then a geared head will speed you up significantly. That’s a fine but important distinction.

I haven’t used every tripod head under the sun and never recommend things I don’t have direct experience with. If you’re in the market for a geared head, I can, however, fully recommend the Manfrotto 410 Junior. It’s a good compromise between price and performance. Find it here 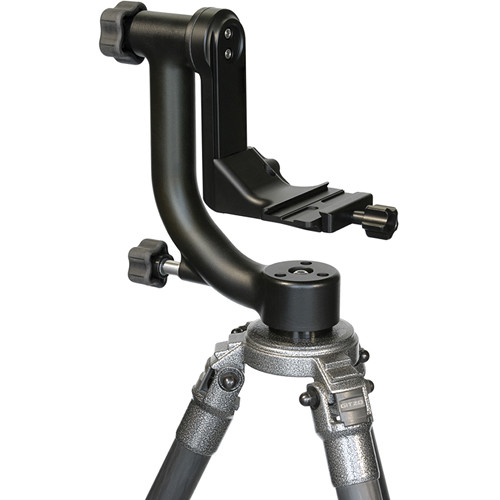 Can support a lot of weight – Gimbal heads are mostly used by photographers with BIG lenses, think sports and wildlife. They make using large lenses comfortable and fast.  Using a BIG lens is difficult or damn near impossible without a tripod. With a gimbal head the weight of that ginormous lens is taken away and it becomes perfectly balanced. That balance makes movement almost effortless.

Modular – Some gimbal heads, like ones from Really Right Stuff, can have additional items added to them to extend their uses, for panoramas for instance.

Cons:
Weight a ton – These guys are big! As we all know, the bigger something gets, the more it weighs.

Very bulky – Along with their weight, gimbal heads are also very large, though given that some heads are made from multiple pieces, you can collapse them. The biggest negative to that being speed.

The Gimbal head pictured above is one of the most popular out there and is called the Wimberley WH-200 Gimbal Tripod Head II, you can find it here. 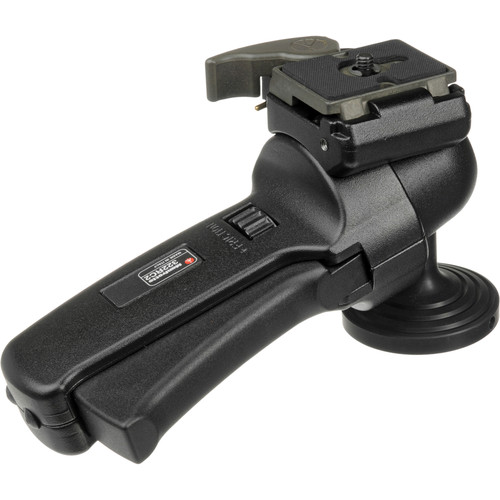 Pistol heads are, in many ways, very similar to ball heads. The mechanism still revolves around a ball, the only difference being the way in which the position is changed. Rather than having a knob which you must loosen and tighten, you have a grip which allows you to adjust the camera with one hand.

Easier to compose shot – When compared to ball heads at least. The design of pistol heads means you have an additional, sturdy contact point to aid you in somewhat a more precise movement. Again, it does not compare to a geared head, but it is a little better than a ball head.

Fast – Given that the pistol head is a variation to the popular ball head, it should come as no surprise that it reaps the same speed benefits that ball heads do. As a result, it’s a great head for portraits and studio photography but is also very versatile.

Bulky (ish) – It’s not as bulky as a pan and tilt head, and nowhere near as bad as a gimbal. Compared to ball heads, however, that arm adds size and weight.

Can sag – The design of balls heads, as we’ve discussed, can lead to cheaper versions being susceptible to sagging. The same can be said for pistol heads, anbd with them you get what you ay for.

The head pictured above is the Manfrotto 322RC2, a very good pistol head. You can find it here.

Summary And What Head Is Right For Me?

If you’re trying to decide which head is right for you, I encourage you to consider exactly what you need. Unfortunately, no head is a one size fits all. If you need the ultimate in portability, speed, and versatility, go for a Ball head. If precision is more important to you, I’d suggest going with a geared head. In the end, you’ll probably find yourself needing at least two tripod heads over the years. I’d recommend getting one for precision work and another which can be your everyday workhorse.

For loads more simple photography tips like these, and so much more, check out SLR Lounge Premium, click here. Not only does SLR Lounge Premium include all of my favorite tutorials (Lighting 101, Lighting 201, Photography 101 etc.) but more and more content is being added all the time. I honestly cannot think of a better way to take yourself from beginner to pro. And, if you’re already a pro, there’s tons of useful info contained within the more advanced tutorials like Lighting 201 and future courses. Click here to learn more.

[REWIND: WHAT GEAR DO YOU REALLY NEED TO START A PHOTOGRAPHY BUSINESS?]