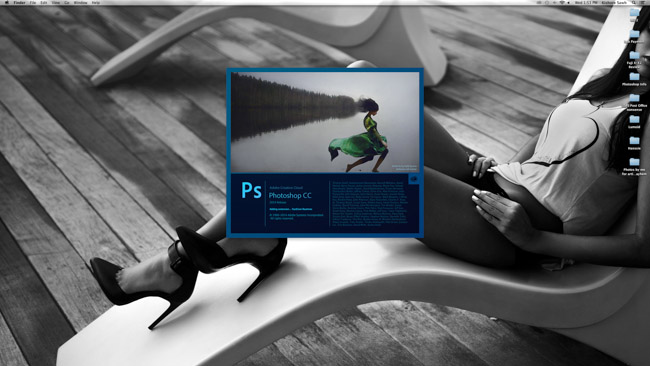 An Excellent Way To Remove/Reduce Noise From Your Images

You know what’s sexy? Not Photoshop, but like the nerdy guy with a larger than average, ahem, IQ, what it can do is impressive still. Combining modern camera sensors and what they are capable of doing, with the power of Photoshop makes for an incredibly powerful tool.

Median Stacking is one of those things that make you sort of sit back and marvel, and many of you may know it as a process probably most generally associated with removing tourists from landscape images. The concept is simple, but that Photoshop makes it so simple to execute is what’s astounding. If you’re not traveling a lot and are not a landscape shooter, you may never find much need for this process for the purpose described above. However, it can be used to great effect as a treatment for a photographic ailment known to all – noise.

If you were shooting digital SLRs from the early 2000s, and even up to 3 to 4 years ago, the fact that ISO could be bumped up to some astronomical number didn’t matter a helluva lot to you because you knew that pushing past 400 was going to yield noisy, undersaturated images. I can hear some of you hark that at 800 ISO or even 1600 you may be fine, but even today shooting on a D610 or D750 that’s about was far as I like to push it for publishable images unless for some creative result.

There is no shortage of tools to reduce noise, and even Lightroom’s sliders do a pretty good job of it, but median stacking produces better results. Yes, the same technique used to remove tourists from tourist sites can be used to drastically reduce noise, and Andy Astbury shows how it’s done. Granted, it’s not going to do much for you if you’re not shooting stills, but it’s effective enough to know how to do for applicable times.

How’s it done? Simply take multiple shots of the same scene and load them into Photoshop, ensuring they’re as alike and aligned as possible. Once the basics have been dealt with, combine all image layers into a single smart layer and use Median Stack Mode (Layer>Smart Objects>Stack Mode>Median) settings to sort/average out the excessive noise. (It’s really that simple. The video is 15 minutes long, and yes could probably be compressed down to two, but worth your time).

*While we share his tutorial, we do not share the sentiment expressed regarding people at the start of the video. It’s around the 1:10 mark to about 1:15, so you can skip it.

The Everyday Messenger by Peak Design: A Review On The Perfect Photography Bag