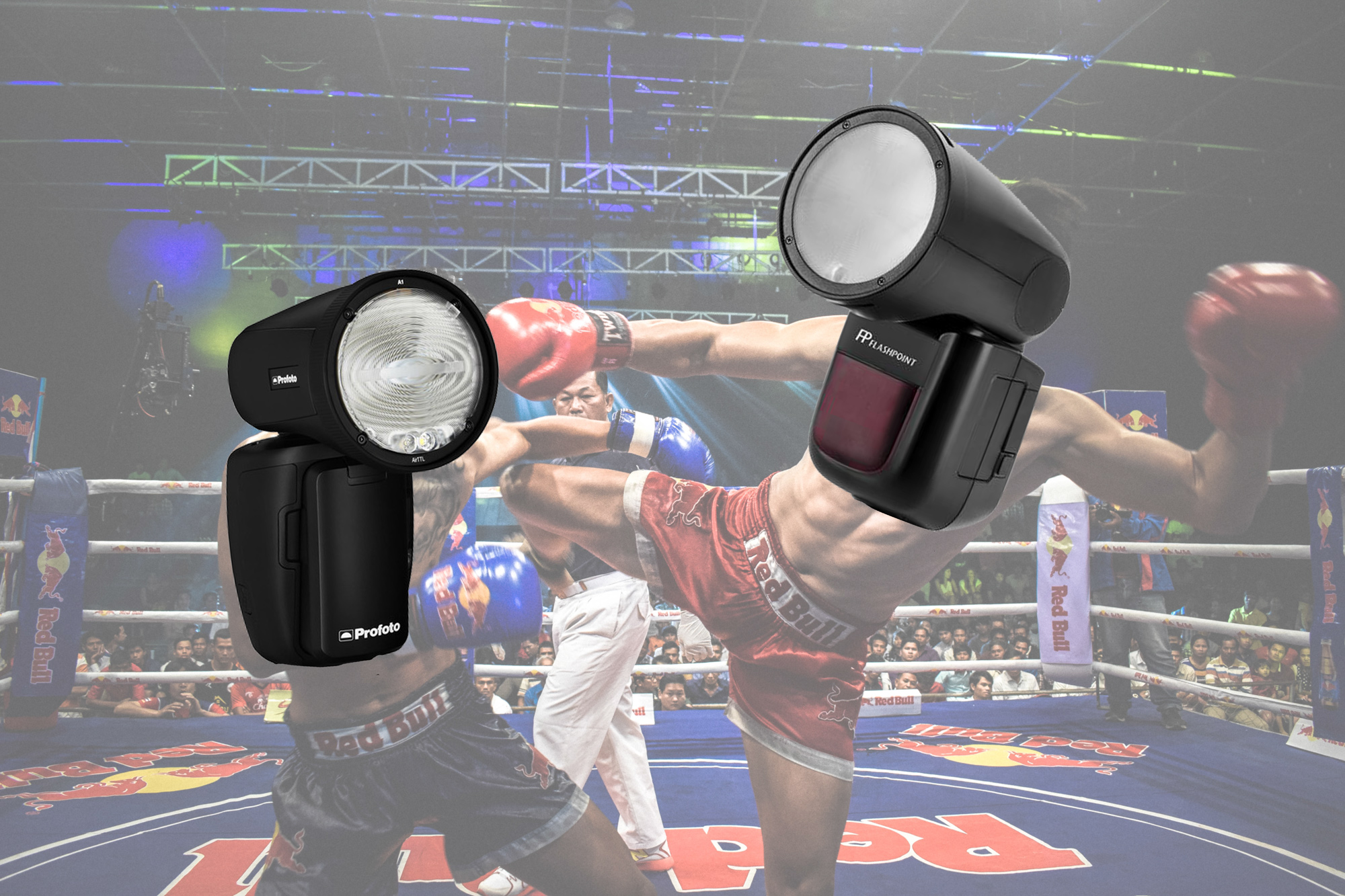 With the pre-order announcement of the Godox V1 (a.k.a Flashpoint Zoom Li-on X R2) inundating photo forums and facebook groups there has been much talk about its blatant copy of the Profoto A1. Chinese manufactured brands like Godox and Yongnuo pack a punch by offering similar product types for a much cheaper price point. However, it raises concern that no matter how hard R&D teams from original brands like Profoto, Canon, and Magmod work to create a unique and progressive product, there will always be a knockoff at the ready 6-12 months after their launch.

Although this is how competitive markets operate, one can make the parallel to when a photographer’s work is stolen and used without permission and uncredited. Is there a moral dilemma behind using Chinese third-party brands and the original designs from established companies? For this Candid Chat, we dive into question:

Which do you prefer: third party brands or the originals, and why?

This series is designed to use their thoughts to formulate an open and honest discussion regarding topics, decisions, and situations we face as photographers daily. Here are some of the attributes photographers look for when dropping their hard earned money on lighting products:

When purchasing lighting equipment, what do you value you more?

A whopping 50% of Twitter users chose reliability and performance to be the biggest determining factors when purchasing lighting equipment. Of course, this isn’t a surprising response, yet Profoto fanatics are quick to jump on Godox users’ throats regarding recycle rate and misfires. Much of that can be overlooked for the cheaper price point, and at the end of the day, one misfire doesn’t lead to a less successful path, just maybe a little more frustration. 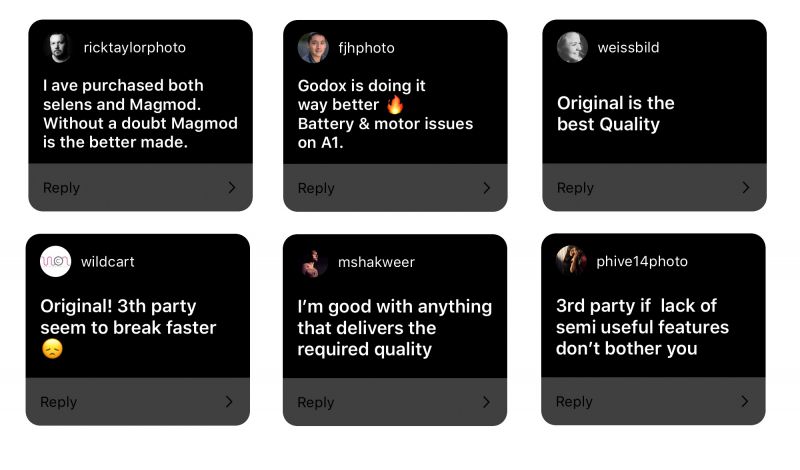 A mixed bag of reactions came from Instagram as users mentioned the compromises you make for the price you pay. While some argue that the original models of these products offer a sturdier build and performance longevity, others are willing to overlook these aspects if the third-party light delivers what it promised.

Refuting all internet theories of reliability, Godox users came in full force to defend their pick when pit against Profoto. The obvious reason for this discrepancy is the price point, which we’ll discuss in our next point. You can see Pye’s review of the Godox AD200’s to see his thoughts after mainly using Profoto for years.

Which would you pick?

Comparatively, when asked which 600 EX-RT flash takes the cake, photographers chose to go with Canon over Yongnuo. Yongnuo’s version is 1/4 of the price and offers radio functionality with Canon flashes and remotes, yet is likely one of the most unreliable when it comes to performance and usage over time. 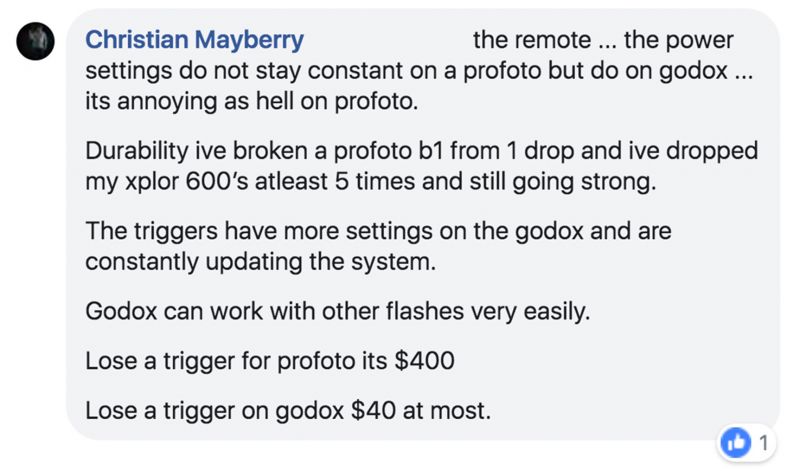 The easiest point of debate is the massive price difference between first party and third party brands. Reliability isn’t at the forefront of consumer minds when the price tag is as low as it is. The V1 vs the A1 has a $740 difference, meaning you could get almost 4 for the price of 1. On the other hand, people see the higher end lights as an investment just like you would look at buying camera gear and lenses. 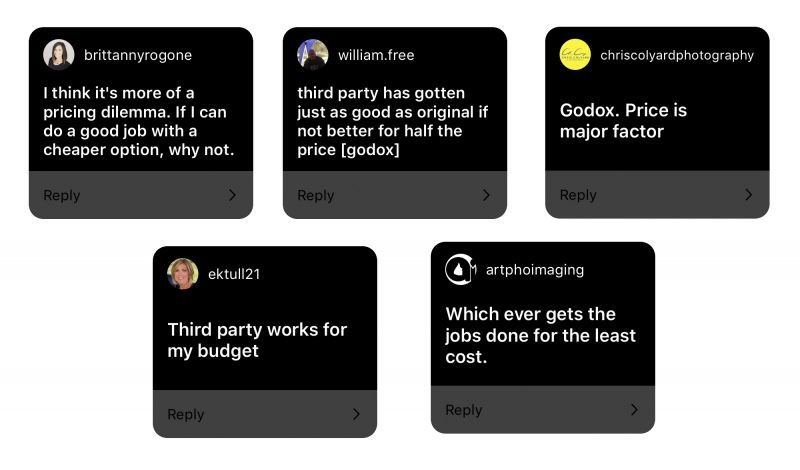 Seeing that Godox/Flashpoint is a Chinese brand, customer service has been a hot topic for first party users to boast about. Canon is one of the most reputable in the business for their Canon Professional Services and it beats out Yongnuo by a landslide. If a Yongnuo flash falls to the ground, easy, replace it for $100 bucks and you are good to go. Here is what people had to say about how customer service affects their

More Expensive = For Professionals Only?

What did surprise us is the number of photographers that suggested to start with the third-party brands to learn and get familiar with certain products and techniques and then move up to the more pro version by buying into the original makes. Although we see this same thought process in investing in cheaper lenses with f/1.8 or f/4 apertures, many pros are quick to purchase higher quality glass and still learn the same way they would with the cheaper alternatives. 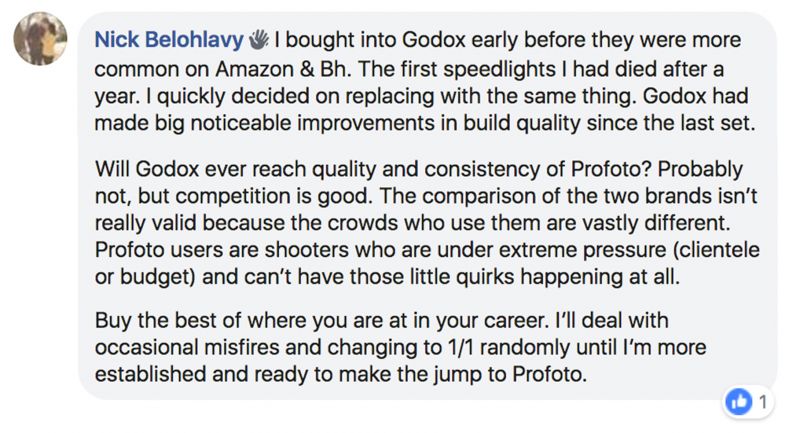 Innovation and relevancy are two of the most important attributes for lighting companies to consider when creating products for their audience. In the history of cameras and photography, higher power lighting has never been so affordable and easily accessible which makes even flash beginners want to buy their very first strobe. See what some had to say about the innovation of products and how it made them switch over to Godox:

As soon as the Godox V1 was announced there was heavy discussion surrounding the intellectual property of the Profoto A1’s round head. It’s par for the course for a competitive market to produce “similar” products but this seemed too identical for many to accept. To put it in relatable terms, when photographers find out their images are being used for advertising without permission, they throw nothing short of a temper tantrum. Is this the same or is there enough of a difference in design and tech to differentiate between the two? Currently, Profoto has accused Godox of patent infringement, which quite honestly makes sense considering the amount of money invested into Profoto R&D (they commit 10 percent of their sales to product development). 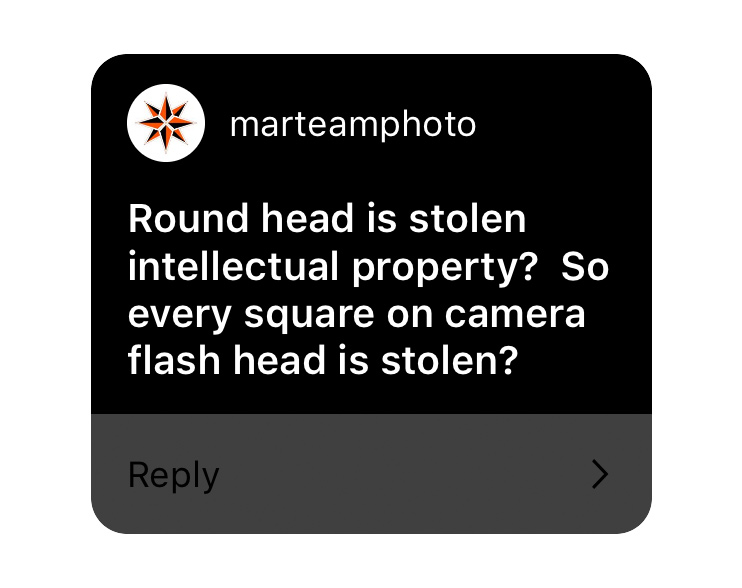 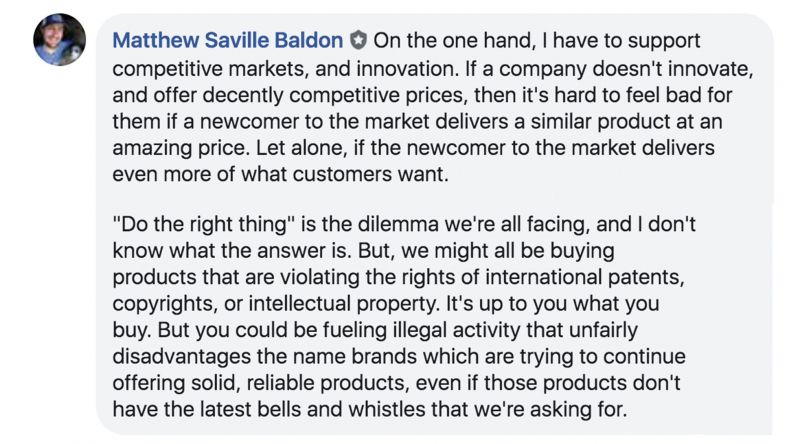 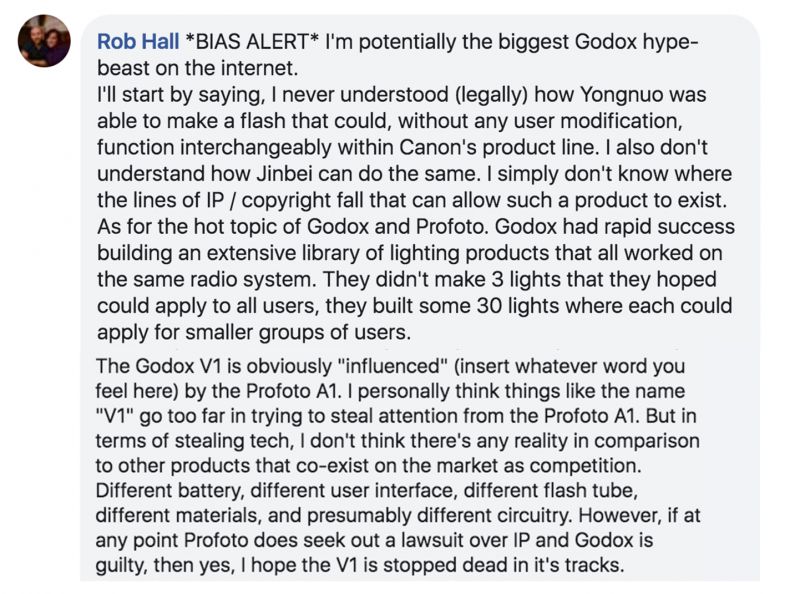 So, after hearing what the community has to say, what are your thoughts on third party vs. first-party brands? Do you think there is a line that should be drawn when it comes to copying

Autofocus Technology is Changing, Here's Why It's Not Just Bells & Whistles Anymore