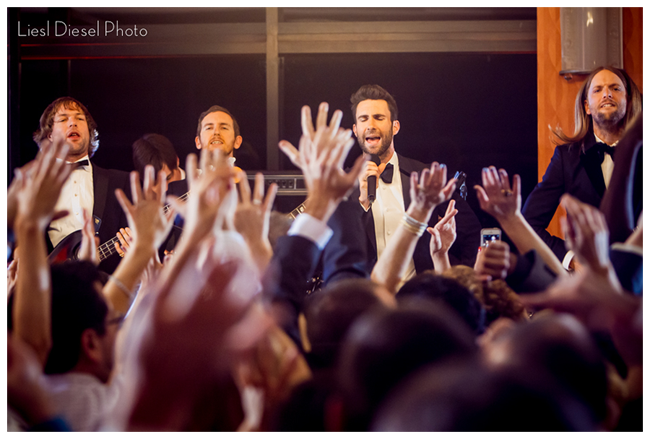 Rule #8: Be the life of the party ~ From the Wedding Crashers playbook

What would you do if the 2013 People Magazine’s Sexiest Man Alive and his Grammy Award winning band crashed the wedding you were photographing to the surprise of pretty much everyone? That’s what happened this weekend in Marina Del Rey at a wedding photographed by Eric Parsons and Liesl Diesel.

Liesl was shooting for Eric Parsons that day and was told that there would be a band there to surprise the couple. While the reception hall was being set up, a crew was there building a stage, setting up equipment and also a white curtain to hide the band.

When the curtain dropped, Maroon 5 was there, decked out in tuxes, to preform and film their newest music video for the single, “Sugar.” The bride and her guests were shocked and delighted (who wouldn’t be??!) when Adam Levine and the band serenaded them with their new song and a special acoustic version of “She Will Be Loved.” The groom, DJ and the hotel’s event manager were the only ones in on the big secret. 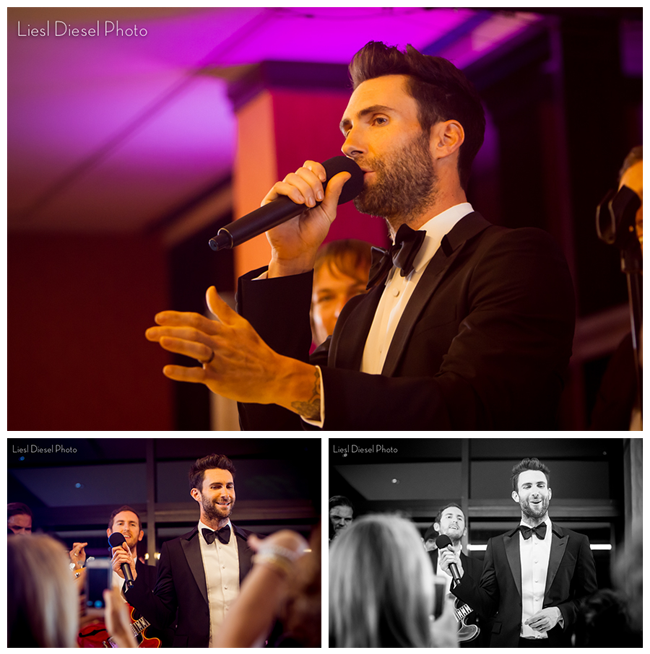 Liesl was standing next to the stage, waiting for the curtain to drop so she could photograph the couple’s reactions. Liesl describes what the moment was like when the band was revealed.

The DJ pretended to be having technical difficulties, then there was some really loud sounds, the lights on the stage went up and the curtain dropped! The bride’s reaction was so priceless! I just kept shooting her reaction and then finally wondered why she was so excited, so I turned to look at the band and Adam Levine was just a few feet from me, and they began to play!

The band actually crashed a few weddings, including this one. Adam Levine told Access Hollywood, “David Dobkin, who is an awesome director and a really dear, dear friend, decided to revisit the concept of obviously the original ‘Wedding Crashers,’” he explained. “The only difference being we actually crashed weddings this time! It was really surreal. Amazing,” he continued. “It was so much more amazing than I realized it was going to be.” 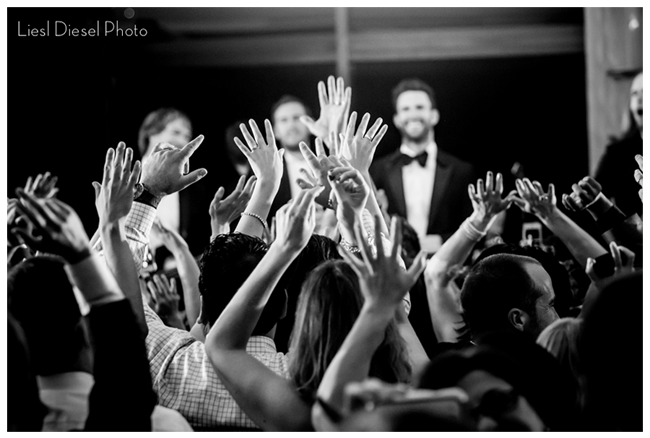 As wedding photographers, we should be like Boy Scouts, always prepared for any situation that may be thrown our way – be it challenging lighting situations, feuding families or one of the hottest bands in the country just showing up to play a few songs.

Liesl has been shooting weddings for over 10 years and that is one key thing she’s learned. “I had two cameras on my body, one with a wide lens and one with a telephoto, and I had set up my lights and done all the tests I needed to do to be ready for whatever might unfold. I guess the one piece of advice I would give to anyone is to be prepared. If you are, there is no need to be nervous. Even if you feel a little star struck.” 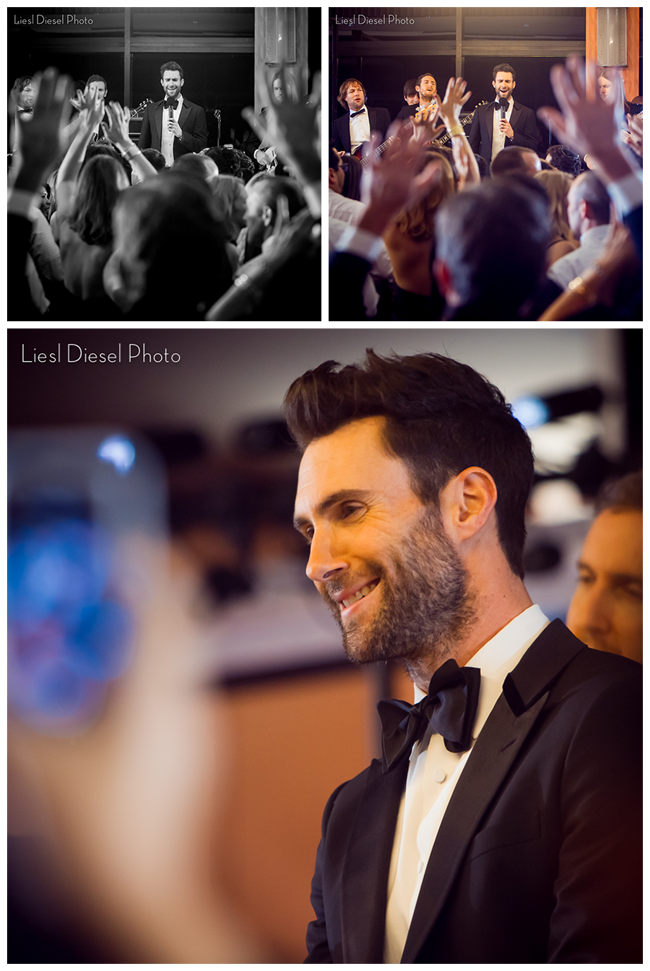 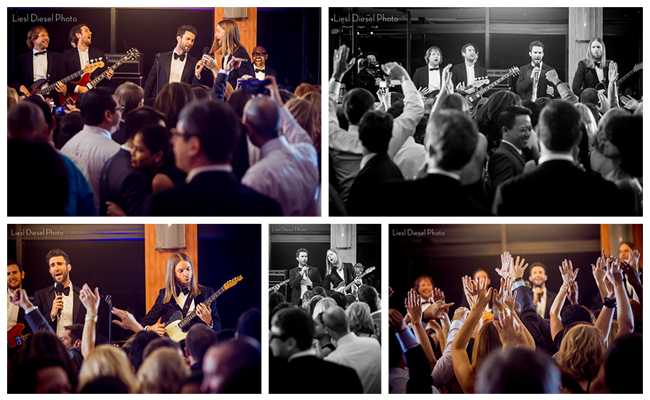 Do you hear that? Yes, those are the sighs of jealousy of every single female photographer out there. Including myself.

CREDITS: All photographs by Liesel Diesel Photo are copyrighted and have been used with permission for SLR Lounge. Do not copy, modify or re-post this article or images without express permission from SLR Lounge and the artist.