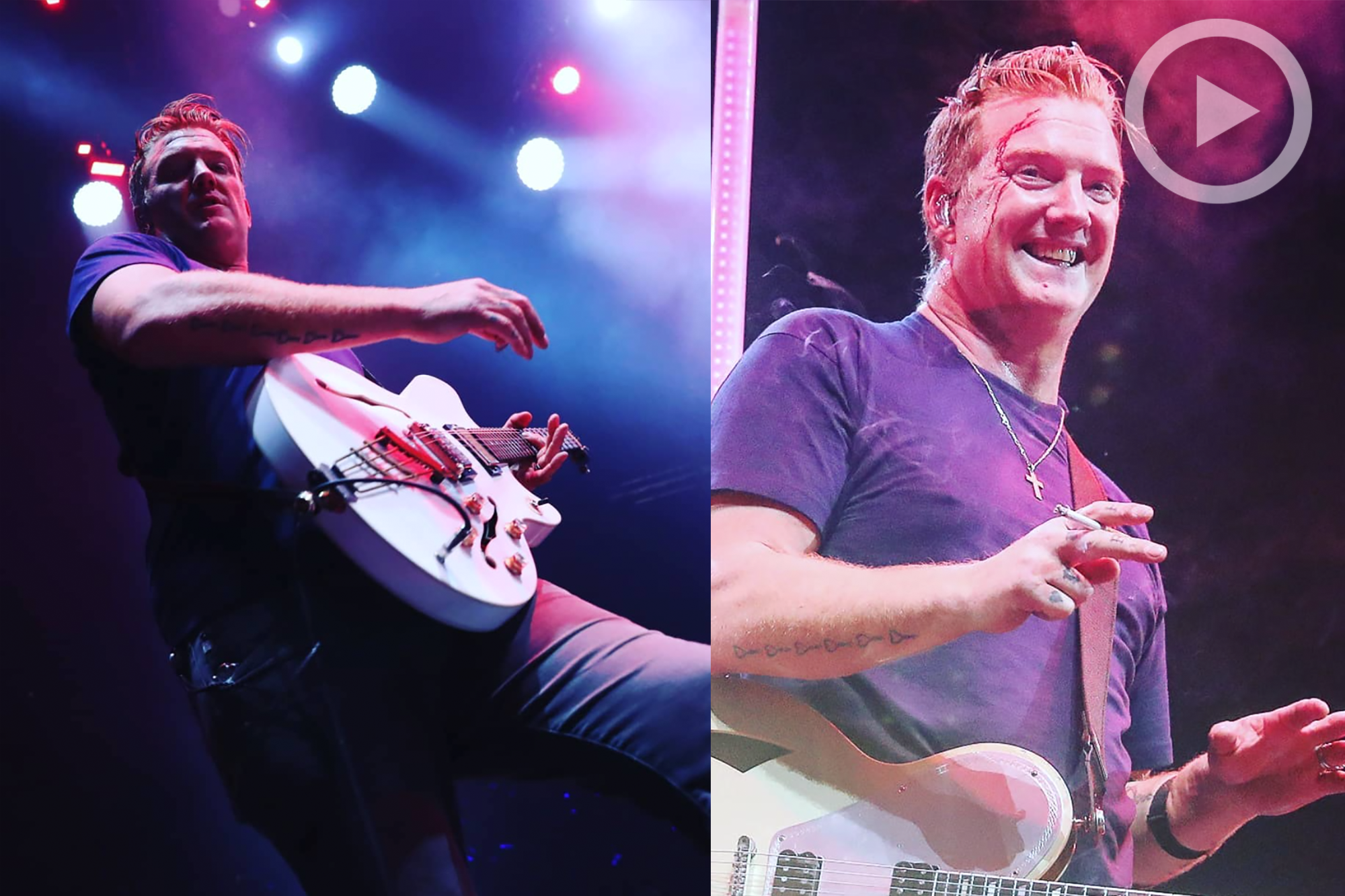 Photographer Assaulted at ‘Queens of The Stone Age’ Concert | Is The ‘Apology’ Enough To Set The Right Precedent?

For many, art is a outlet to communicate one’s innermost vulnerabilities and use it to create something incredible. Art is a means of channeling energy, both good and bad, and redirecting it in a healthy way. It is one of the best antidotes for anyone who suffers from anxiety, depression and other mental health disorders and it is easy to get lost in the moment.

But have you ever gotten so entranced in your art that you became one with the performance and unleashed physical harm on an innocent bystander hoping to capture the act?

Well, that is precisely what happened during a KROQ Queens of the Stone Age performance in Los Angeles.

“[He] looked at me, smiled and then kicked me.” – Chelsea Lauren, photographer for Shutterstock.

According to Lauren, Josh Homme, the band’s lead singer, kicked her camera which was then thrust into her face during their live show in Los Angeles and sent her to the emergency room. Lauren has since been discharged from the hospital and states that incident left her with a bruised eyebrow and sore neck. Homme has issued an apology to the photographer via Twitter as well as a second apology stating there are no reasons to justify what he did and he failed at being a good man.

“Last night, while in a state of being lost in performance, I kicked over various lighting and equipment on our stage. Today it was brought to my attention that this included a camera held by photographer Chelsea Lauren. I did not mean for that to happen and I am very sorry. I would never intentionally cause harm to anyone working at or attending one of our shows and I hope Chelsea will accept my sincere apology. […] I don’t have any excuse or reason to justify what I did. I was a total dick. I want to be a good man but last night I definitely failed.” – Josh Homme, lead singer of Queens of the Stone Age.

While there is never an excuse to use assault as a means of artistic expression, these words might carry more weight if it had been the frontman’s first offense during his tenure in the limelight. According to Billboard Magazine, Homme has a history of violence and verbal abuse from assaulting the singer Blag Dahlia in 2004 and allegedly grabbing an autograph seeker around the shoulders and neck area in 2016.

Thank you everyone that has reached out with supportive messages. A small update, as I’m being flooded with questions: My neck is a sore, my eyebrow bruised and I’m a bit nauseous. The doctor released me early in the morning. Here are three images. Two of them as Josh looked at me, smiled and then kicked me. The other one is later after he cut his own face with a knife. I was in the pit in tears – and he just stared at me smiling. Assault in any form is not okay, no matter what the reasoning. Alcohol and drugs are no excuse. I was where I was allowed to be, I was not breaking any rules. I was simply trying to do my job. I hold nobody accountable for this but Josh himself. KROQ has nothing to do with this and I will always support them. The irony is someone had thrown an ice cube on to the very slick catwalk before the QOTSA set. I was afraid that one of the band members might slip and hurt themselves so, when the lights went dark, I used my arm to wipe down the runway so nobody would hurt themselves. Thank you to @variety for their immediate concern and care with this matter. As of now, nobody from QOTSA has reached out to me. #queensofthestoneage #QOTSA #JoshHomme

There are also numerous reports of the lead singer shouting obscenities at the crowds during various concerts while issuing other threats and this last stint was no different. Homme later took a knife and cut his own forehead while calling the audience “retards” and yelling “F**k Muse”, the opening act to their show.

“Assault in any form is not okay, no matter the reasoning.” – Chelsea Lauren, photographer for Shutterstock.

Art has been and will continue to be therapeutic by means of artistic expression and should always provide a safe space. When the threshold is crossed and ensued by violence is when an artist needs to take a very honest look inward and reflect upon their actions, hopefully being strong enough to seek any and all help that they may need. Perpetuating violence is never the answer.