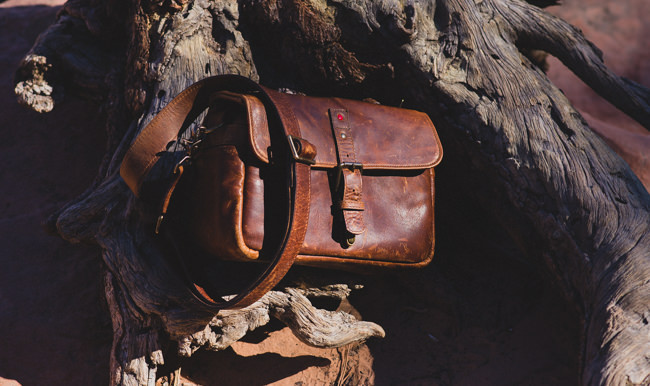 Soon, no one will want to buy a DSLR. I can already hear the snorts of disagreement from the peanut gallery, and you would be forgiven in thinking that the market and industry is effervescent with exciting things now and on the horizon, but the truth is this: DSLRs are reveling in their last hurrah, just as old tigers are at their most fierce sensing the end is near.

Their plight is actually a simple one, it just takes a little macro industry-understanding to grasp. Remember not long ago before the dusk of film and the dawn of digital, the SLR was THE route to go if a person wanted to ‘get into’ photography and take the kinds of shots that adorned the magazines they looked at. When digital came into being, it was much the same with the DSLR; photographers and those who like to take a nice picture were all essentially funneled onto the DSLR road for a device to deliver the quality they wanted. That road now’s got a fork in it, and probably, much thanks to Moore’s Law. 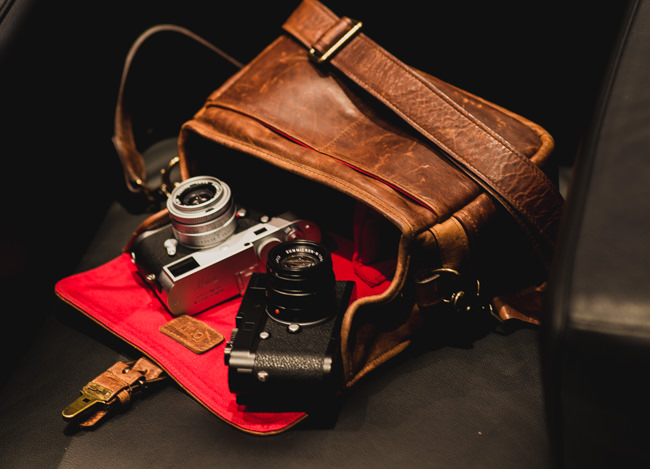 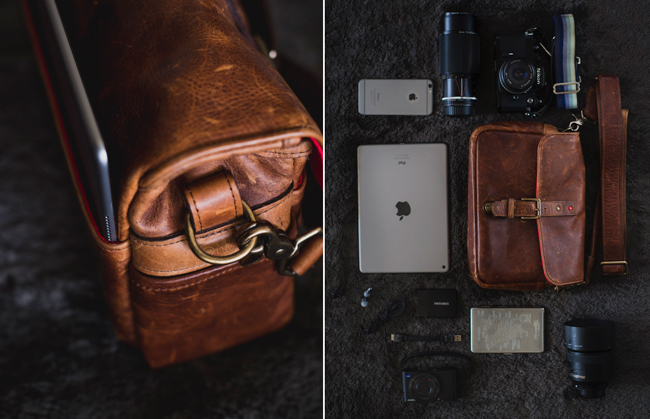 But Moore’s Law, in this case, doesn’t just work by changing the equipment. No, in fact, it’s secondary to how we view and use photography on a whole. Because it’s digital now, photography is really a venture of software. Don’t believe me? Look at the Fuji X series cameras of two years ago and follow their firmware updates and you’ll see those updates give those camera owners almost new cameras years on. But anyway, behavior and software makes for the Instabooks and Facegrams of the world that change the landscape of how we view the images we take, and how we use them, so the hardware is built to facilitate this.

So when we speak of photography software, we are talking about software that writes its own hardware; our cameras are now molded into a form dictated by what software allows us to do with photography. 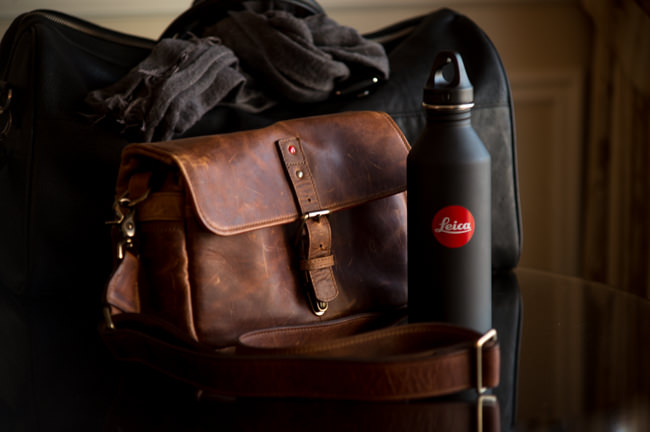 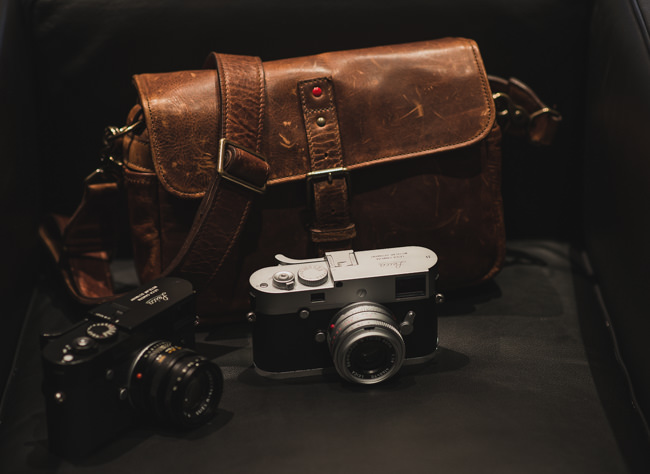 A massive consequence of this is that more people want to take pictures than ever before. As I’ve mentioned previously that apparently more images are taken every two minutes today than in the entire 20th century because everyone is shooting, and hardly anyone wants to lug around a DSLR. They’re big, ugly, and pulling one out at dinner is akin to pulling out your John Thomas at the table.

So the market is for smaller but effective cameras, and much the same, we are moving away from cameras being strictly utilitarian – and that’s the forte of the DSLR. So here’s the punchline, that cameras and accessories now aren’t held back by the restrictive straight jacket of utility. No, now we expect function AND form, and the companies that get that are the ones being disruptive and successful. Which, somewhat neatly brings me onto camera bags. 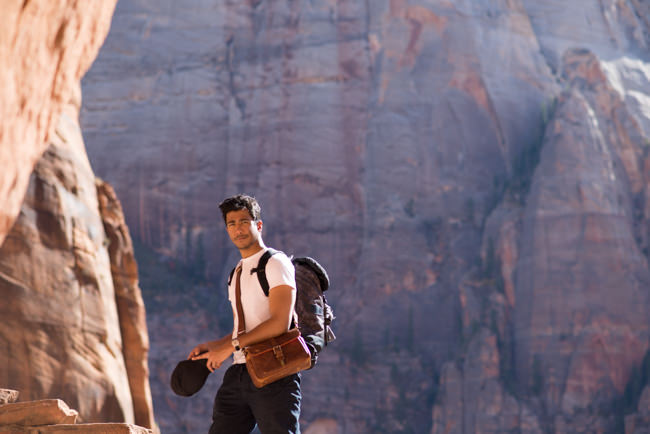 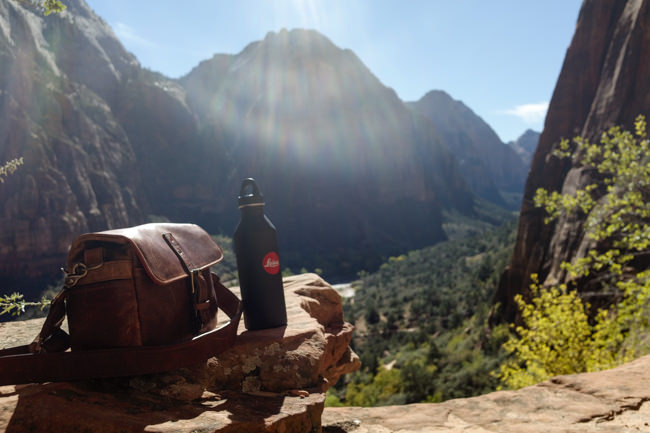 Camera Bags Are More Than What They Hold, They’re Also What They Say

Generally, I loathe them, and every camera bag I’ve ever used isn’t one. It’s been a bag I’ve converted into one suitable for carrying my gear, and that’s everything from a 1940s weekend holdall to my go-to Belstaff Messenger bag. Camera bags are generally hideous, and speaking as someone who doesn’t own a pair of cargo pants but instead some bespoke poplins, I refuse to use them. If you’re shooting on a massive production, sure, but that’s speaking to about 1% or less of the photographic population. The rest of us want something else.

Some of you may be thinking I’m a fashionista who wants my bag to make a statement about style, but frankly, lugging around some massive utility bag with clips all over it is making a statement too, and it’s not for me, or many. Most now are liking bags that don’t scream, ‘Hey look at me, I’m a photographer,’ and that have some style and personality. Bags like those from ONA. 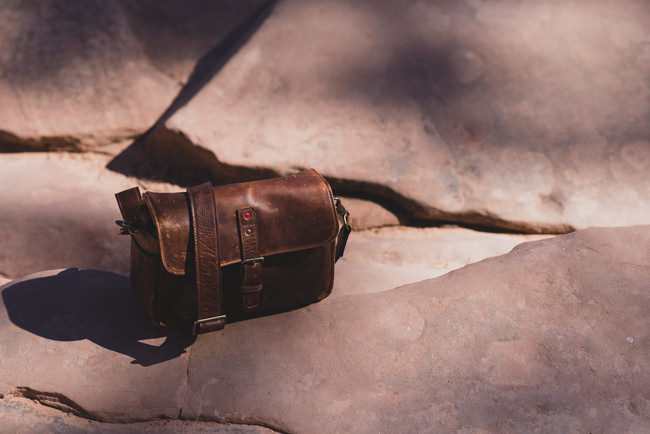 There’s a bag sitting in front of me that was given to me as press at some event, and it has all the character of beige paint, and all the style of an office ficus. The reason for this is somewhat clear; that in order for a bag or anything to have personality, an X factor, the company that makes it must be able to draw guidance from a tasteful or lengthy heritage, or from a person of passion who drives or created the company, like the other bag sitting on my desk, a little bit closer. It’s the ONA Bowery For Leica, and you can tell that while it’s trimmed with Leica, it’s got ONA’s founder, Tracy, written all over it.

I’ve been to the ONA office in NYC, the little space all 5 of the team share to facilitate their creative side. It’s littered with notes, photos from fans, users, and family, and with herds of uncut leather and boxes. It’s like going behind the puppet show and seeing the strings, and in the mess was this Bowery For Leica which I’ve now taken to 4 states and more cities, somewhat to my chagrin. 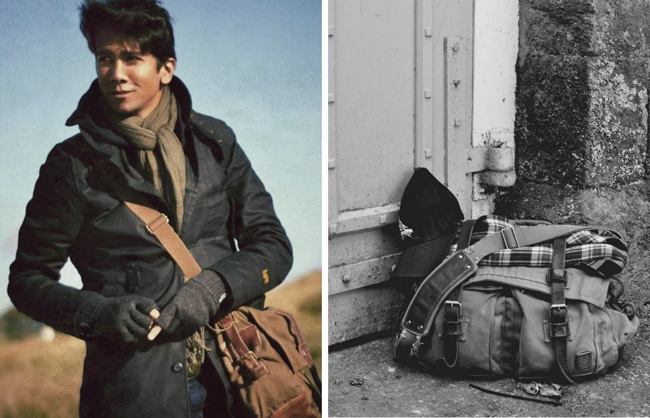 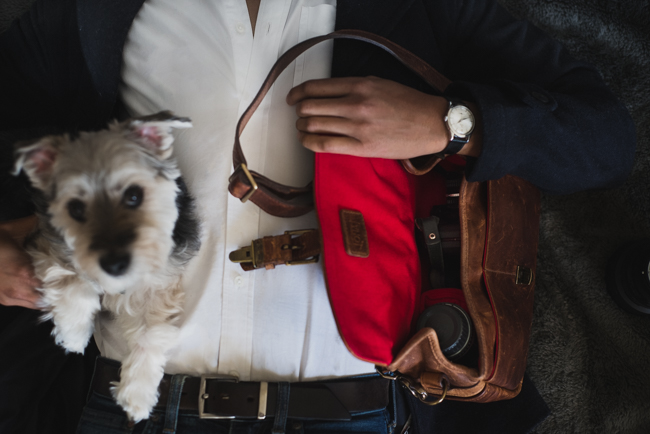 You see I’m an old fashioned male who loves luggage and likes them to be masculine. The Bowery seemed a bit small and a bit too pristine compared to my beef heart Belstaff. But it had that lovely fine Italian leather, thick as can be, with a strap so wide it draped across my chest in a very Indiana Jones sort of way, so I ran with it, and here’s what I can tell you about it.

This is a bag that wouldn’t have really existed in the early 2000s or 90s, because as spoken about above, the camera market wasn’t the same, and we were all about utility and big cameras. That’s not to say this isn’t a bag of utility, however. In fact, I found it extremely useful and easy to get along with. But in terms of appearance, this is the kind of bag you would’ve seen in the 70s in the rangefinder time, maybe around the chest of Roger Moore in his Safari shirt in Live & Let Die, and then in this day and age. And it probably would look even better now than it did then because every day I use this thing it just gets better looking. I worried that hiking through Zion National Park and scraping and dinging it would ruin it, but the bag shrugged it off, and the scrapes begin to fade, the leather patina took it in stride. 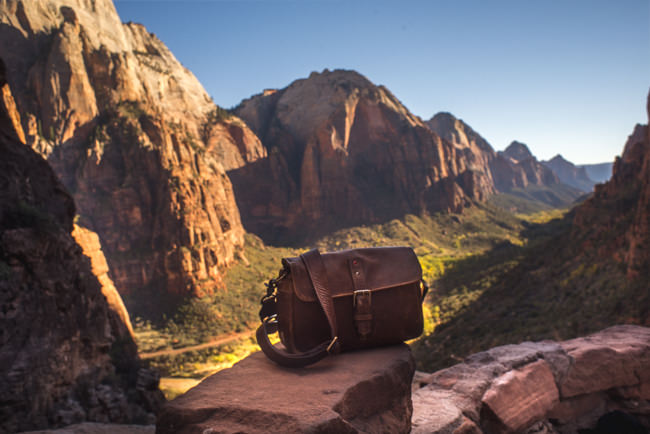 It feels sturdy to hold, finding a nice balance between being soft and strong, and the solid brass metalwork buckles and flap clip never give you a second to think that they will fail, or that your gear is at peril. You can store your gear in here with total confidence, and shooting Leica you sort of want that. But what if you don’t shoot Leica?

I typically don’t, and generally walk around with three lenses on a Nikon D610 body when not mirrorless. So how does it deal? Just fine, to my surprise. Keeping the D610 with 85mm on it in the main compartment and the 50mm and 28mm in the second, worked out just fine once the strap was altered by one notch. This is perfect for me walking around a city, though not for everyone. For street photographers and rangefinder or mirrorless shooters, it’s a brilliant choice, but for studio work or large weddings, probably not. But then again, it’s not meant for that. 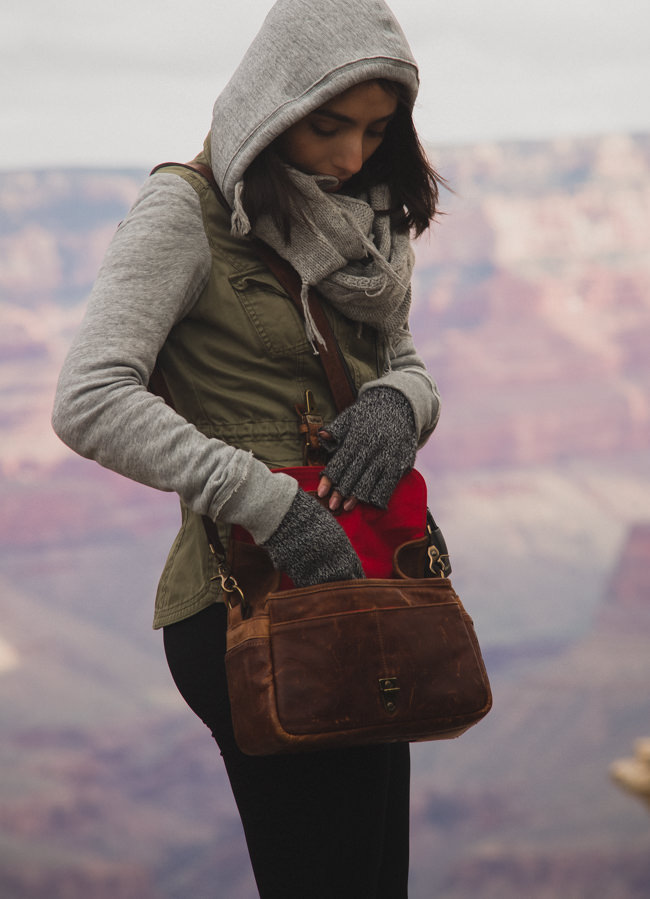 And that’s another thing to like about this bag, that it doesn’t aim to be a jack of all trades, but instead knows who it’s for and feels no need to present itself as anything else. It is going to be ‘choice’ for Leica M system shooters and the new SL shooters, but since it doesn’t scream Leica, it’ll also be great for anyone with mirrorless.

[REWIND: The ONA Bowery – A Stylish Bag That Can Also Take A Beating]

In fact, at a Leica Store Miami event last night most people there were shooting Fuji as well as Leica, and this bag was generating a fair amount of interest in the cabinet inside, and on the sidewalk outside. Clearly those who have a sense of style and who want to be understated see the value here. And if you’re in front of a client, often you’ve got to look like you’ve got some artistic taste, and your effects have style, and sorry, but a Lowepro doesn’t have any.

You see, most camera bags are a bit nuts, a bit hectic, and a bit loud. The ONA wouldn’t yell at anyone, but rather disarm you with a timely quote from Christopher Marlowe, or Hemingway. 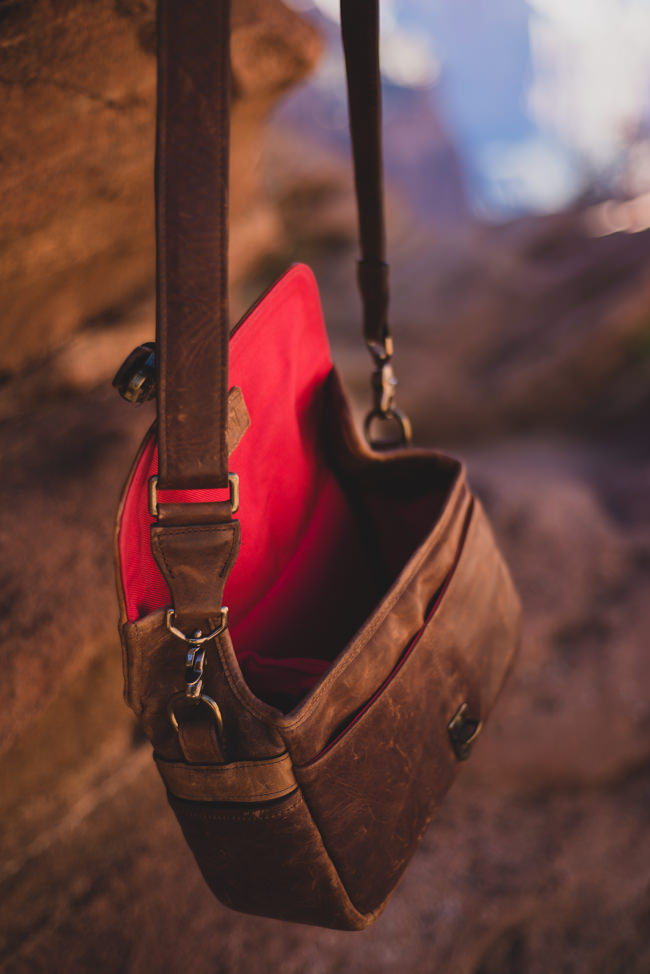 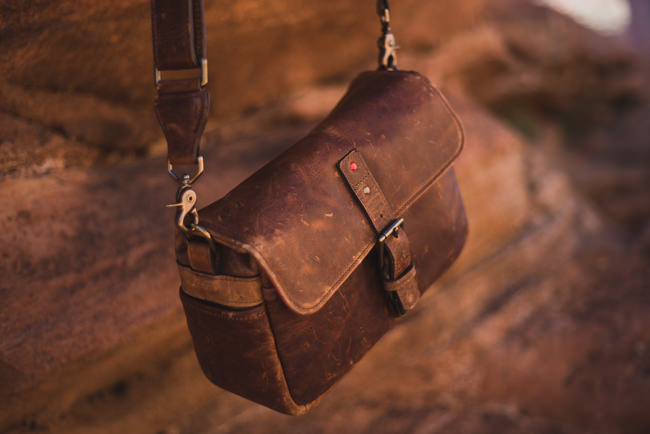 I could go on here to tell you about how it has one divider, 5 pockets fine enough to keeping lens caps, memory cards, keys, and various sundries, and how you can fit an iPad in the back slit, but you can see what it’s like in the imagery. What I will share is that like an arranged marriage, my time with the Bowery For Leica began with uncertainty and grew into appreciation and love. That’s the short of it. Everywhere I went with it, it stole furtive glances and generated questions, by men and women alike, because it suits both by some miracle. It feels good, and secure, and makes me think of ONA’s blurb on the name of the company,

In Swahili, the word ona (pronounced ō’na) means, “to feel,” “to believe,” and “to experience with the eyes.” This is the essence of photography and style.

To feel, to believe, to experience with the eyes. Yeah, that’s just about it, because it really needs to be seen and held, and nothing I can really say will really suffice, except, maybe this:  Now I use 2 camera bags.

See here for our own Jay Cassario’s review on the ONA Bowery original. Get yours here 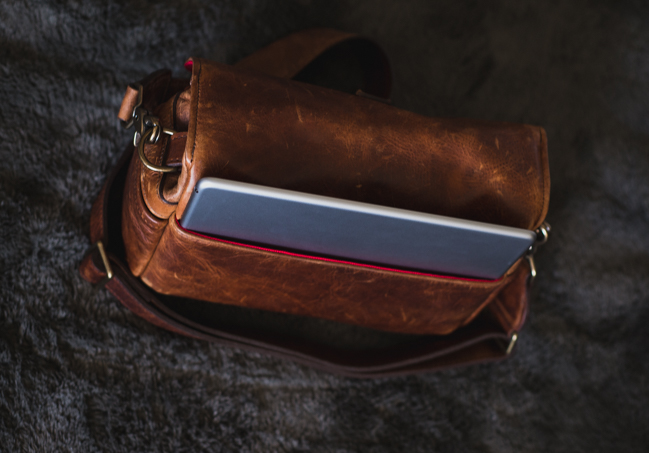 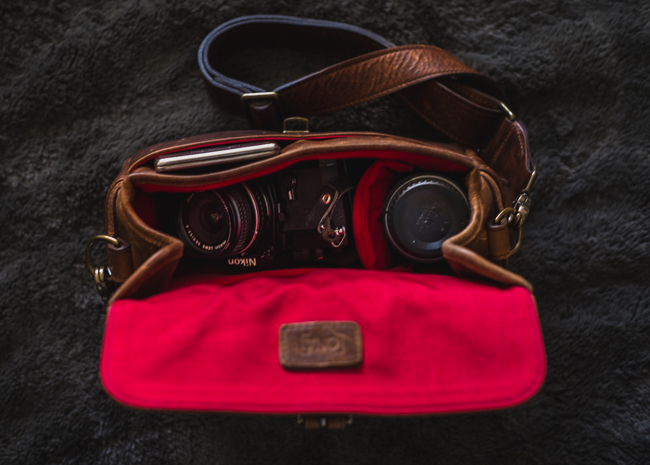 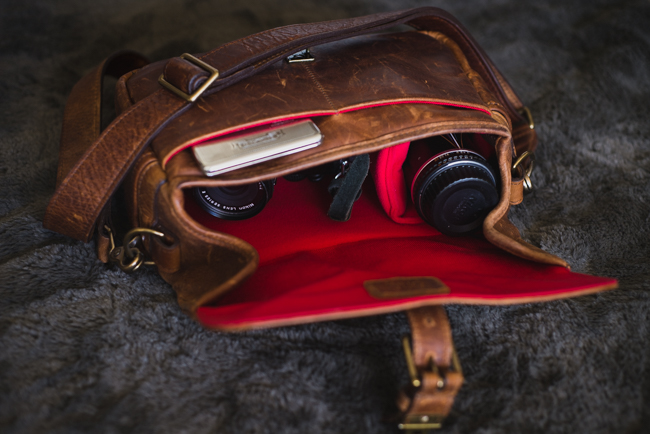