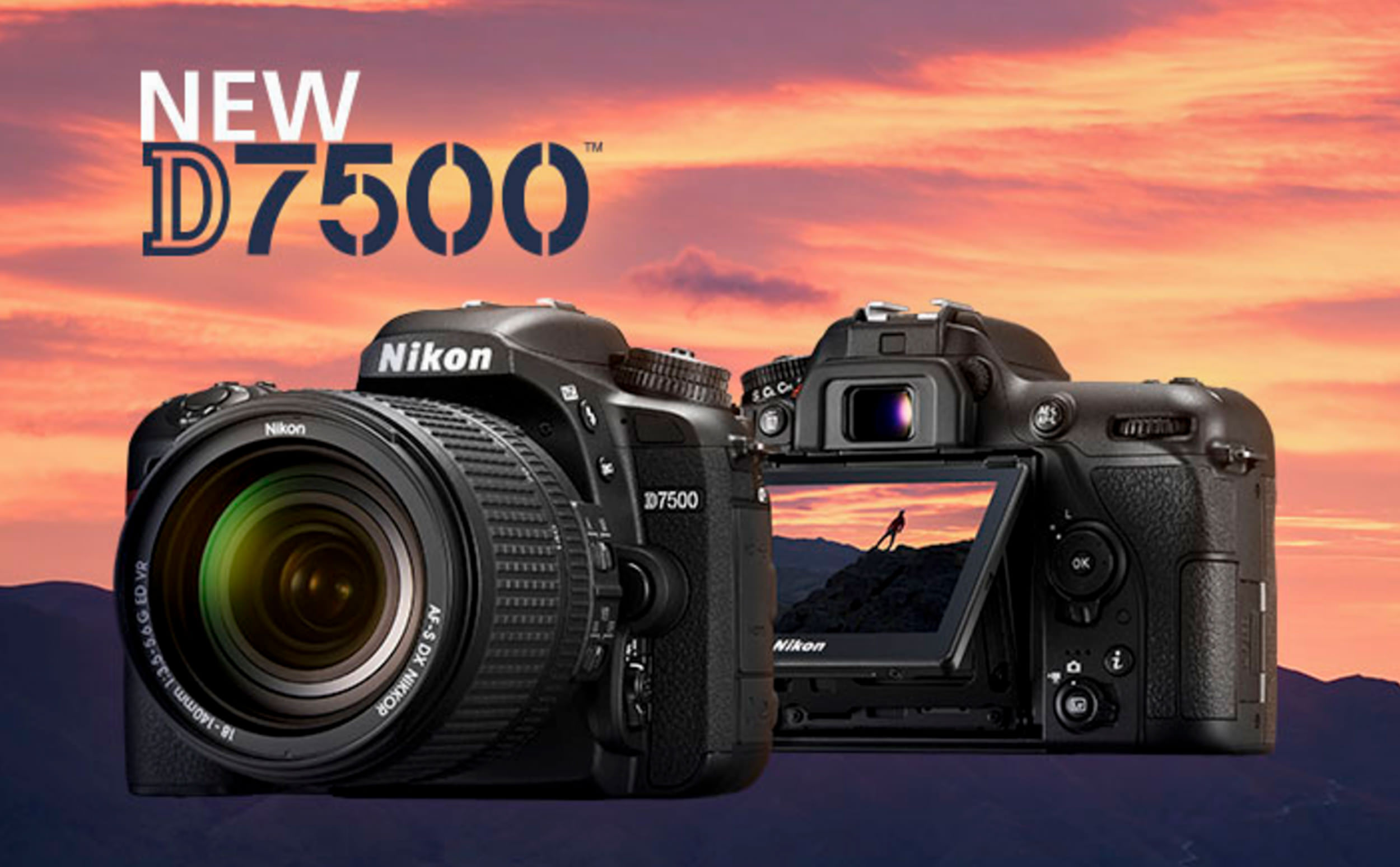 When we think of incremental updates to cameras, of late it’s been Nikon that comes to mind, and for good reason. From the D600, D800 and more, there have been cameras with relatively small alterations that hit retail as whole new models.

That said, Nikon has made some truly brilliant cameras in the last few years, from the D7200, D750, to the newer D5 and perhaps the best of them all, the D500. Keep in mind too, that the D500 is affectionately (and deservedly) referred to as the ‘baby D5’, which is why it’s particularly noteworthy to see their latest release, the D7500, appears to be a baby D500.

Review: Nikon D610 Review | To Get Or Not To Get, Is Still The Question

Review: Nikon D5 Review | A Working Review Of A Workhorse 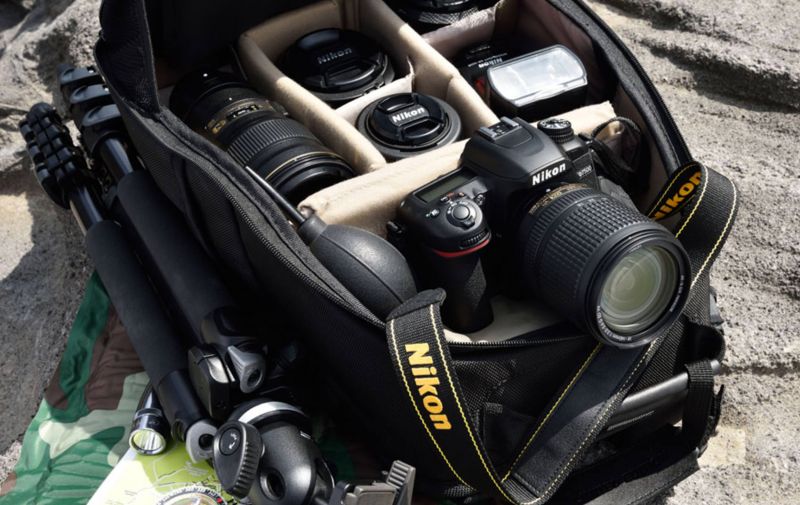 The D7000-72000 the D7500 succeeds were widely adopted and loved, but from the spec sheet alone we can see the D7500 is a notable upgrade that derives much of its ability from the APS-C flagship, the D500.

The D7500 has the same sensor set-up as the D500, which is a 20.9MP sensor without optical low pass filter, and the Exspeed 5 processor, an this would see a significant bump in performance of the camera throughout a range of areas like buffer speed (50 14-bit raw files), overall frame rate (8 FPS up from 6), and more. 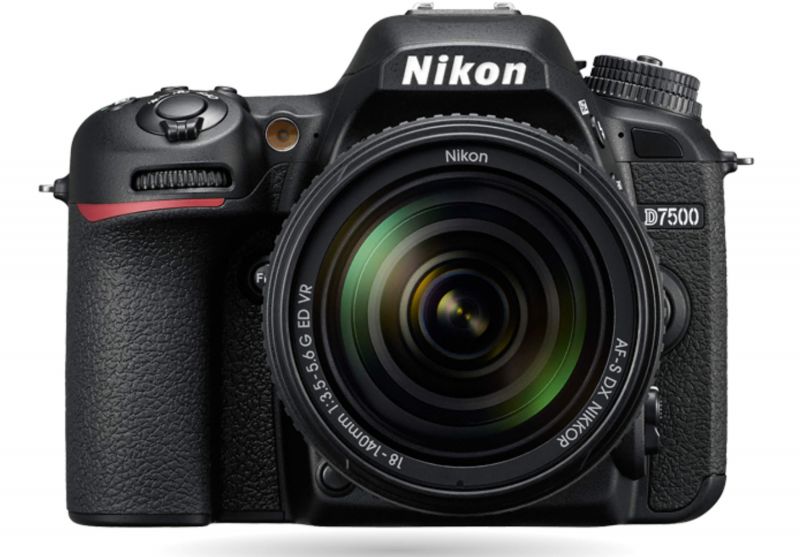 The body is smaller and lighter than the D500 and D7200, and that includes being narrower, which in turn makes for a deeper more comfortable grip, as yo’d find on the D750 and D500. Also from the D500, the D7500 has the highlight-weighted metering mode, though it uses the same AF point system as the D7200 instead of the 153-point in the D500. One real drawback to the size, however, is they’ve removed the dual card slot in favor of a single slot. For many, this will be problematic.

There’s also better weather sealing, a touchscreen LCD, the same ISO performance as in the D500 (from 50 to 1.6 million), and 4K video capture down to 24P – compressed 4K to memory card and uncompressed to external.

Speaking of video, there is now a flat picture profile, full HD with no additional crop, and with a bevy of various video, audio, and control ports, and the D7500 has wifi and Bluetooth, though must be used with SnapBridge. 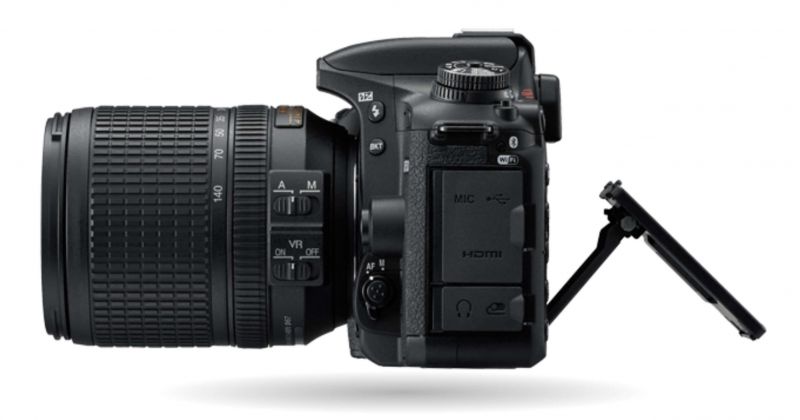 THE NEW NIKON D7500: SUPERIOR PERFORMANCE THAT DRIVES THE DESIRE TO CREATE

Exceptional Speed, Precision and Low-Light Ability Has Never Been as Attainable; The New D7500 Uses the Same Powerful Imaging Sensor and Includes Many Features from Nikon’s DX-Format D500 Flagship

MELVILLE, NY (April 12, 2017 at 12:01 A.M. EDT) — Enthusiasts are a distinct type of photographer, who go to great lengths in the relentless pursuit of the perfect capture. It is for this user that Nikon Inc. announced the D7500 today, an advanced-level DX-format DSLR that provides a robust yet lightweight camera with powerful performance and premium features. Using the same 20.9-megapixel image sensor, processor and wide ISO range as the D500, Nikon’s flagship DX-format DSLR, the D7500 incorporates an exceptional combination of stunning image quality, impressive speed, astounding low-light ability and 4K UHD video capture, yet remains within reach for a diverse array of image makers and creators.

“The Nikon D7500 was engineered to be as versatile as the photographer using it, and excels whether shooting fast-action sports, stunning low-light landscapes, distant wildlife, glamorous portraits or multimedia content,” said Kosuke Kawaura, Director of Marketing and Planning, Nikon Inc. “This is a camera for the photographers who are serious about their passion, infatuated with the next frame and above all else, want speed, small size and an excellent value.”

Balance Image Quality and Low-Light Performance
The new D7500 features Nikon’s latest 20.9-megapixel DX-format imaging sensor and EXPEED 5 processing engine, the same high-performance heart of the Nikon D500. Designed to excel in a wide array of shooting conditions, the D7500 eliminates the optical low-pass filter (OLPF) for maximum sharpness and clarity, with the class-leading dynamic range flexibility that is a hallmark of Nikon DSLRs. The compact DX-format form factor also gives photographers extended focal length reach that is an advantage for sports and wildlife photography, especially when coupled with the vast selection of available NIKKOR lenses.

Whether shooting a landscape at dawn or sports under indoor lights, the D7500 affords the latitude of low-light capability to consistently nail the shot, time and time again. Even in the most challenging light, users can capture images with minimal noise, thanks to a native ISO range that spans from 100-51,200, and an expanded ISO range up to an astonishing 1.64 million equivalent. Those same stellar image quality and low noise virtues also apply to those shooting video, whether it’s a 4K UHD production or a mesmerizing astro time-lapse of the night sky.

Multimedia Capabilities for Creators
The Nikon D7500 adds in a diverse array of advanced features for multimedia content creators, including 4K UHD (3840 × 2160/30p) video capture and the ability to produce awe-inspiring 4K UHD time-lapse movies in-camera. Video files can be stored as either MOV files or as MP4 files, for greater flexibility and easier playback on a wide range of devices. Like the D500, the D7500 offers 3-axis built-in e-VR image stabilization when shooting 1080p Full HD video, and can be easily focused using the rear touchscreen function.

For the advanced videographer, the D7500 offers simultaneous 4K UHD output to card and uncompressed via HDMI, as well as a headphone and microphone jack for pro-level audio recording and monitoring. To allow for smooth exposure adjustments, the camera also supports power aperture for smooth and step-less depth-of-field transitions while users can also keep highlights in-check using visible zebra stripes in live-view mode.

1.The camera’s built-in Bluetooth® capability can only be used to connect the camera to a compatible smart device running the SnapBridge app, and to take advantage of SnapBridge features.

2 This camera’s built-in Wi-Fi® capability can only be used with a compatible iPhone®, iPad®, and/or iPod touch® or smart devices running on the Android™ operating system. The Nikon SnapBridge application must be installed on the device before it can be used with this camera.

The SnapBridge app is available for compatible iPhone®, iPad® and/or iPod touch®, and for smart devices running the AndroidTM operating system. The app can be downloaded free of charge from Apple’s App Store® and GooglePlayTM. SnapBridge can be used only with compatible cameras.

*SRP (Suggested Retail Price) listed only as a suggestion. Actual prices are set by dealers and are subject to change at any time.