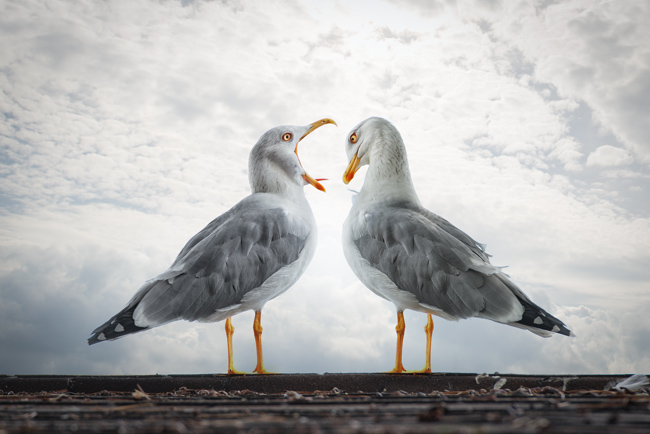 Many of us photographers love to shoot, but really loathe the post processing. Being in front of a glaring computer screen, editing for hours upon endless hours seems torturous for some. For John Wilhelm, a self proclaimed, “Photoholic,” the process from image to Photoshop to final product takes about 5 hours per photo and is so addicting that he goes through withdraws if he doesn’t go through the process for more than 2-3 days.

Playing with composites makes Wilhelm’s photos unique in their humor and frivolity and Wilhelm revels in the creation of another fantastical portrait. Combining his photos with creativity and some Photoshop magic, Wilhelm lets his imagination run wild (literally) in contrast to the day to day tasks in his full time job as an IT director. Being completely self taught in compositing, Wilhelm scoured the internet for its treasure trove of information, read books and watched tutorials (like this one). With his added talent and attention to detail (check out some of the intricate fur on some of the animals in the following images), these hilarious and fun wildlife portraits emerged to entertain and delight. 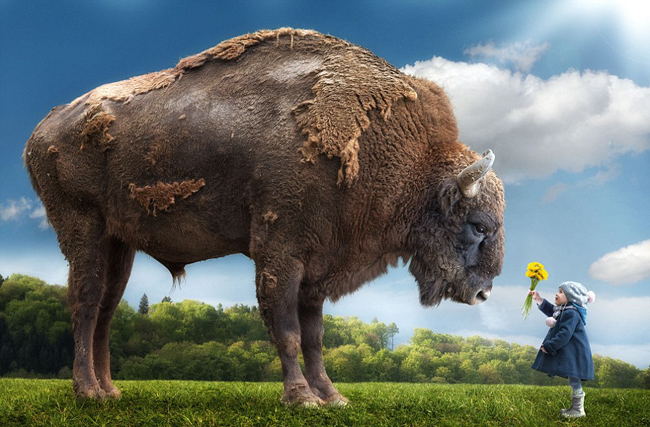 Whether it’s a 20ft tall buffalo being offered a bouquet of flowers by Wilhelm’s daughter or an ice skating bird, one can see Wilhelm’s love for his art and his humor shine through his photographs. 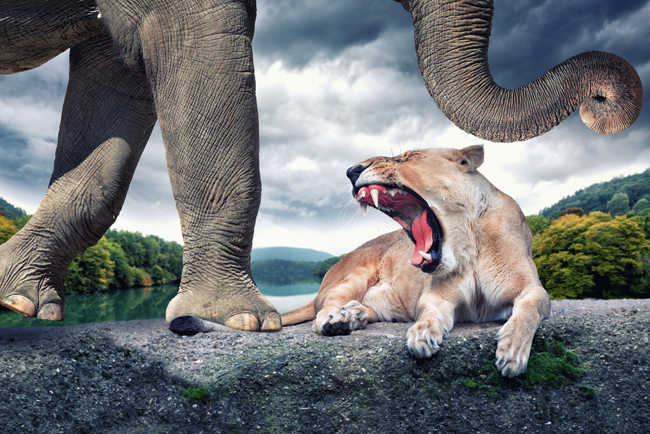 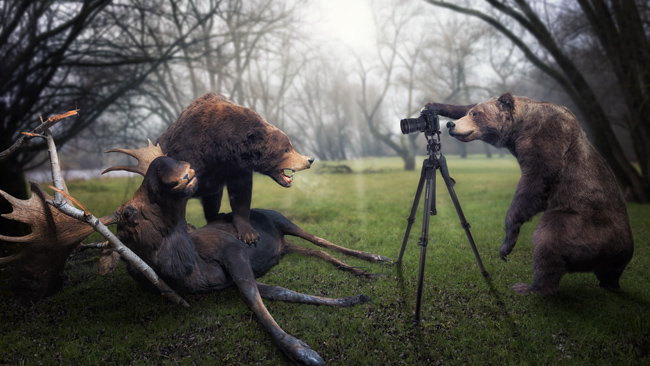 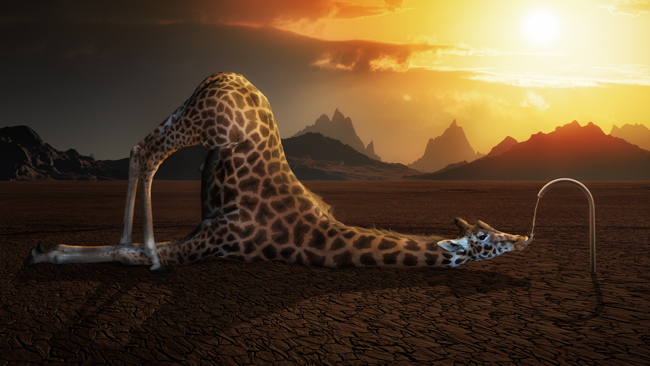 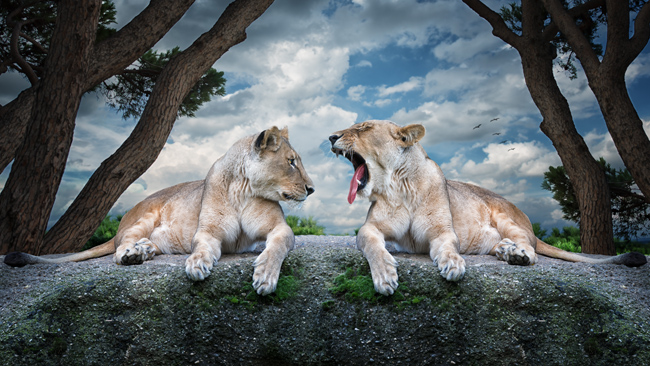 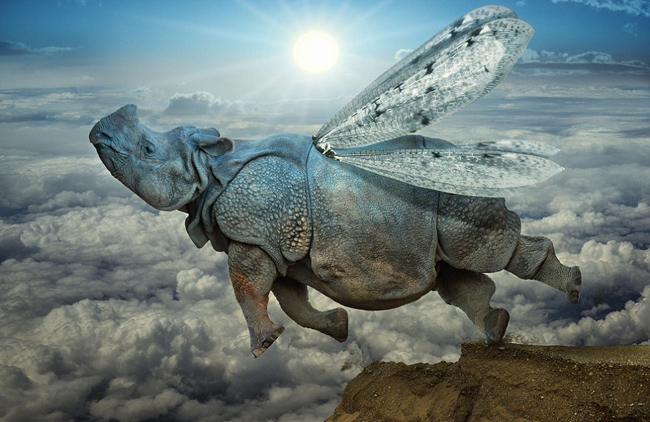 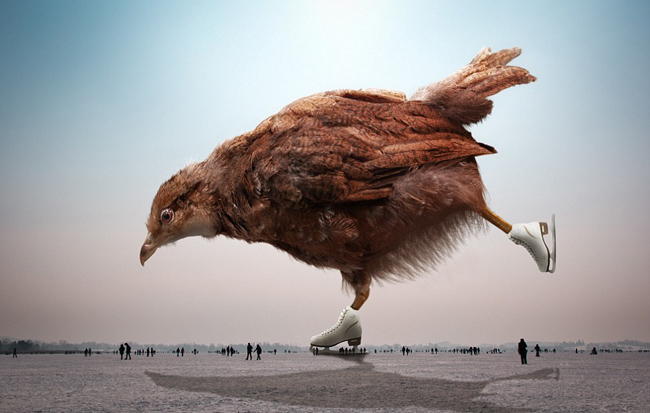 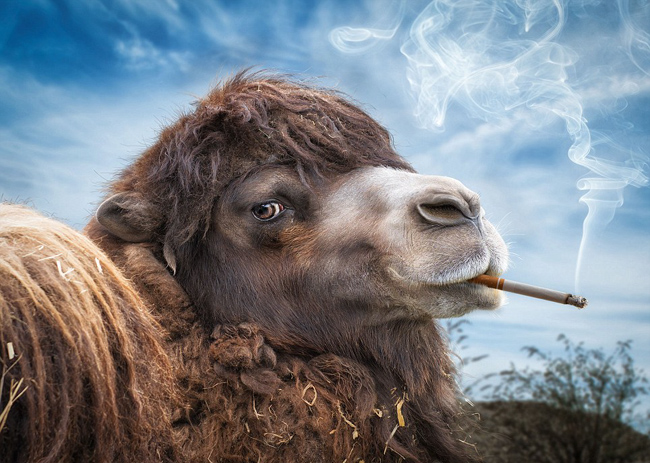 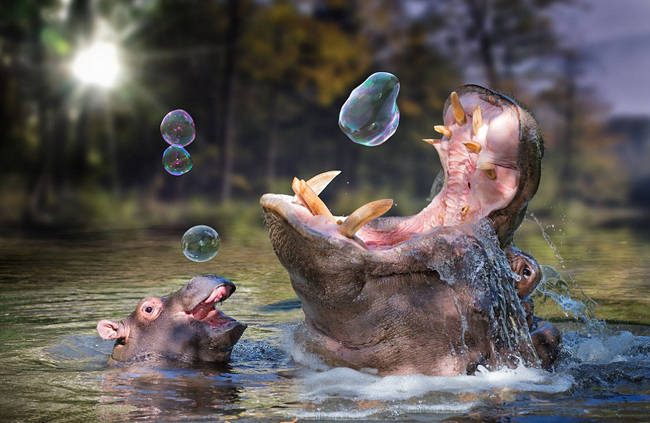 Wilhelm also takes photos of his family – his wife and two adorable daughters. See more of his work on his website and his Facebook page, “John is a Photoholic.”

CREDITS: All photographs shared by John Wilhelm are copyrighted and have been used with permission for SLR Lounge. Do not copy, modify or re-post this article or images without express permission from SLR Lounge and the artist.

How to Create a Light Painting in 3 Easy Steps