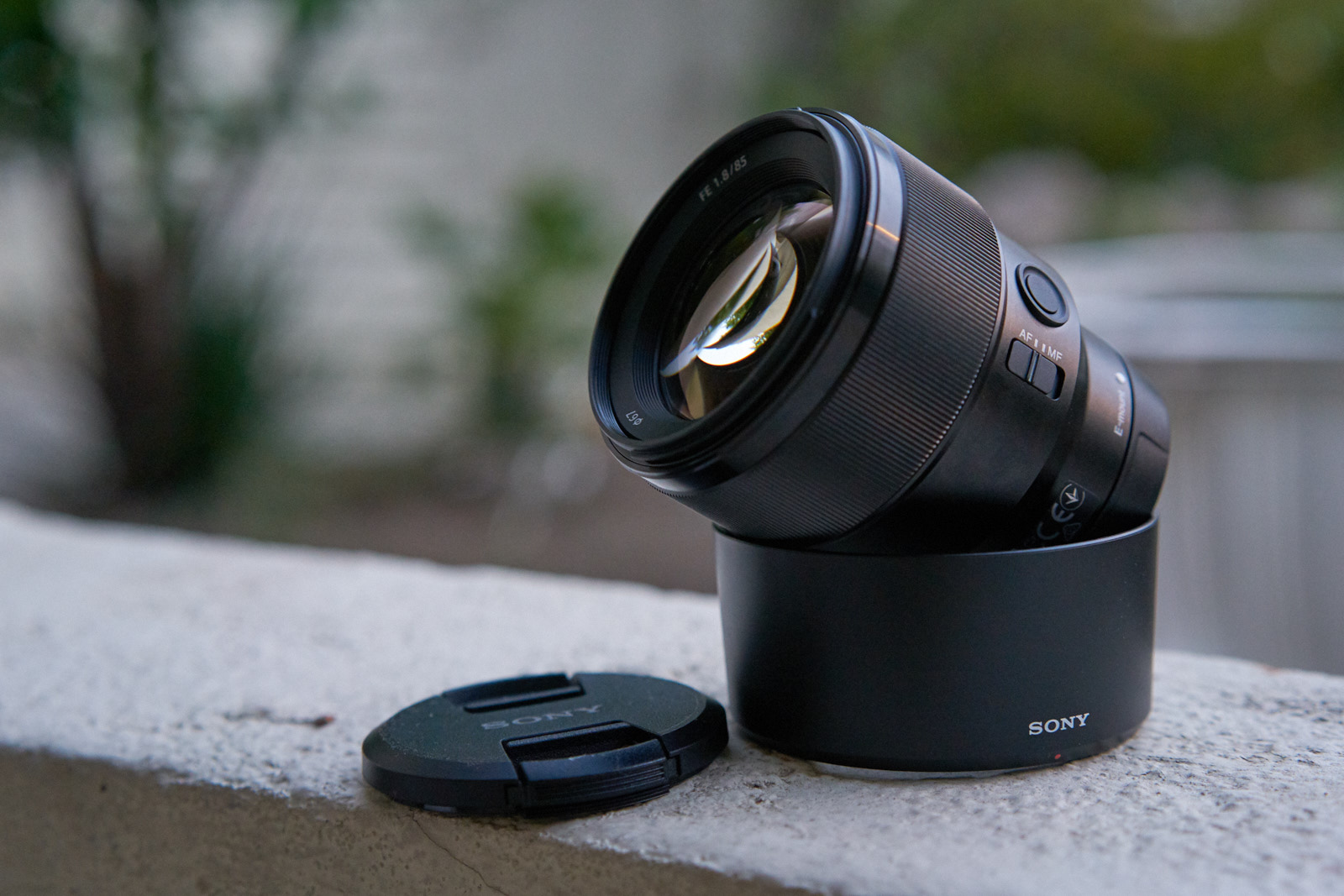 In the early days of the A7, Sony’s full frame E-mount lens lineup was a bit thin. At most focal lengths photographers had only one lens choice, and at some, none at all.  Zeiss was the first to offer an 85mm, and that first lens in the Batis line was more popular than even Zeiss could have anticipated. It was on backorder for months before anyone could keep it in stock. Then with the arrival of the G Master line, Sony introduced their own excellent 85mm f/1.4 GM. 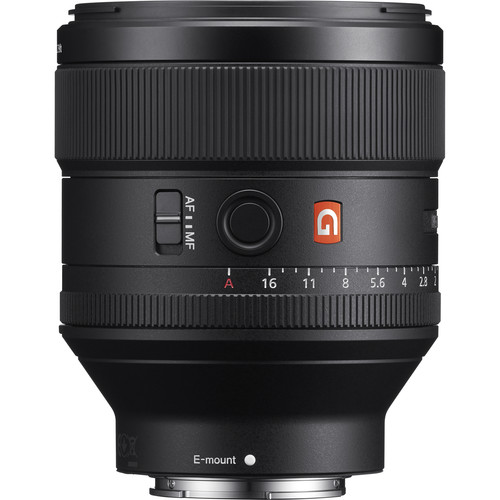 Both of these lenses, however, were quite expensive; the Zeiss being $1200, and the Sony $1800. So, in early 2017, Sony announced a new, affordable option: the FE 85mm f/1.8, priced at $600. Photographers, myself included, were understandably eager to see how the lens would perform, with the same basic specs as the Zeiss but for half the money.

I’ve had a chance to take this lens on a few shoots, and I’m happy to report that it does not disappoint. Without delving too deeply into the technical minutiae, I’ve compiled my thoughts below, along with some samples, for your ogling, pixel-peeping pleasure.

While it may not look as elegant or refined as the Zeiss Batis, this lens is well built. It’s not a tank, and I wouldn’t suggest you make a practice of dropping it, but it feels solid and the focus ring is smooth and responsive. The barrel is made primarily of hard, sturdy, black plastic, while the mount and filter thread are all metal. The lens hood is a slightly flimsier type of plastic, presumably for weight savings, but hearty enough for frequent use. Overall, the lens feels good in the hand, while remaining lightweight, balancing very well on the small-but-mighty A7 series bodies. 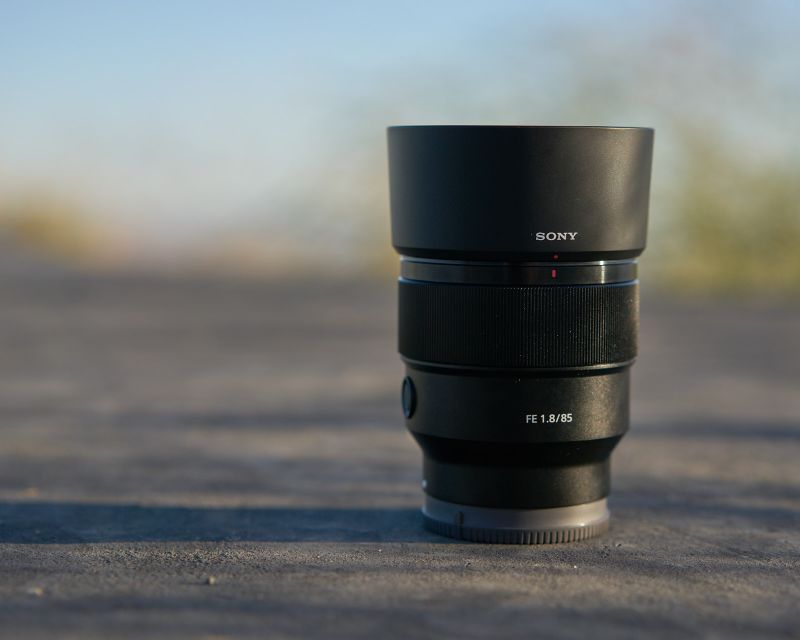 The lens also claims to be dust and moisture resistant, but upon a cursory examination of the seals, I wouldn’t personally be comfortable using it in anything more than a light rain shower. Luckily, I live in Los Angeles, where weather sealing is less of a priority.

A nice touch on this 85 is the focus hold button that’s found on the lens barrel which can be used to hold the focusing position, or can be set in-camera to control various other functions.

Paired with my A7Rii, this lens delivers the goods, and I never found it to lack sharpness. Even at its widest aperture, it renders a striking degree of detail, and only gets better when stopped down a bit. Resolving sharply and without blur from a 42 megapixel sensor is a tall task for any lens, and this one handles the massive resolution with impressive results. Even near the edges of the frame, it holds onto detail incredibly well.

If you need a more scientific, mathematical evaluation of the lens, you can check out the scores on DxoMark.com.  (Spoiler alert: It stacks up exceedingly well with the competition.)

There is a negligible amount of distortion, which I never found to be at all problematic. I could only barely notice it after I corrected it in post, and toggled between before and after. Vignetting, at larger apertures, is present, but not enough to distract from the images. In most cases it actually adds a pleasant bit of ‘character’ to the shots. Of course, in any cases where it does detract from your vision, it is easily correctable in Lightroom or Capture One.

I shot a fair number of frames directly into the setting sun, and came away very impressed with the flares delivered by this lens. Yes, it does lose a bit of contrast, and it will render some subtle artifacts throughout the frame, but I would say that the lens strikes a lovely balance between a perfectly clean, modern, flare resistant design, and the overpowering, distracting flares you might get with a vintage lens. This is, of course, a subjective analysis, so I’ll just post a few images and let you be the judge.

Bokeh is one area where some discerning photographers may find issue with this lens. Again, bokeh is a subjective criterion, but I found the defocused areas to be a bit busy for my taste. This is probably the one area where the more expensive options will outshine this budget-friendly underdog, as the 85mm G Master has been applauded for its smooth, creamy bokeh – a hallmark of the G Master line. On the plus side, I loved the subtle, gradual falloff from the focus plane to the defocused foreground and background.

Another area where the lens reveals itself to be on the more affordable side is in its handling of chromatic aberrations. High contrast edges will produce some purple and/or green fringing, which is correctable in post up to a certain point, but still sometimes visible. While I wouldn’t consider the CA to be a dealbreaker, it can be an occasional bummer.

Performance-wise, I found the FE 1.8/85 to be almost identical to the Zeiss Batis 85mm I’m accustomed to working with. In fact, with its addition of an AF/MF switch and Focus Hold Button on the barrel, some shooters may actually prefer the Sony. Personally, I’ve customized my camera to use back button focus and have assigned an AF/MF toggle button, so I never used the controls on the lens, but I can certainly see their appeal.

This lens autofocuses like a champ. It locks on quickly and accurately in nearly any circumstance. In a few sequences with my subject moving toward the camera, the continuous AF kept up remarkably well. There were a few misses, but on the whole I’d estimate the keeper rate at around 90%, which, taking into account occasional, potential user error, is excellent. Granted, I wasn’t shooting any fast-paced action or sports, but for the type of work that I do, primarily portraiture, this lens absolutely keeps up. 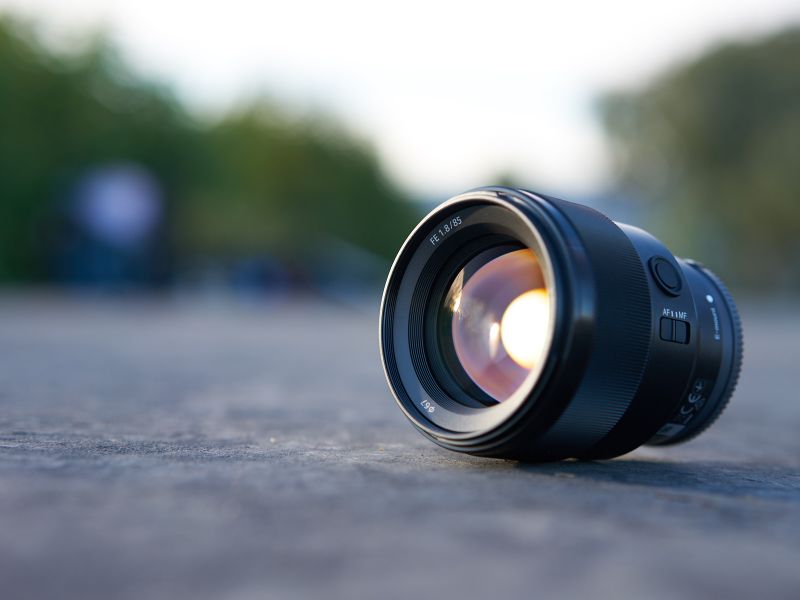 The only situations where the AF struggled a bit were very low light, or heavily backlit setups – this is not uncommon. These are difficult shooting circumstances for any AF system, and I would assign this limitation more to the camera than the lens, but it was (and always is) frustrating when the lens had to stop and hunt for focus before grabbing a shot. The AF was also more likely to miss in the dimly lit studio, but in good, even light, it was never a problem.

In a word: exceptional.

In a system where the majority of lens options cater to the deep-pocketed professional photographer, this one is a welcome exception. It goes for $600- half the price of the similarly equipped Batis 85mm, and a third the price of the vaunted Sony 85mm GM. While the most demanding among us may require the extra half stop of light and silky smooth bokeh of the G Master, this budget-minded alternative will provide outstanding results for the vast majority.

The more natural comparison is with the Zeiss Batis 85mm f/1.8. They feature the same focal length and maximum aperture, and are nearly the same size and weight. Why then is the Zeiss twice the price?

I have owned the Batis for a little over a year, and it’s a great lens, but I honestly don’t have a good answer for that question. With the possible exceptions of the subjective qualities of bokeh and flare resistance, this lens is every bit the equal of the Zeiss.

In my opinion, this lens offers the best value of any full frame E-mount lens currently available.

For those of you who skimmed the rest of this article to get to the good stuff, here it is: The Sony FE 85mm f/1.8 delivers fantastic image quality and sharpness, and features excellent autofocus speed and accuracy, at a stellar price.  It loses a half star for its slightly busy bokeh and purple/green fringing in high contrast scenes, and some may have preferred it to have a metal barrel rather than plastic, but overall, it is an amazing lens, and an incredible value.

I can, without reservation, recommend this lens as a ‘must have’ for anyone getting into the E-mount system, particularly those interested in shooting portraits. It’s a perfect compliment to my other favorite E-mount lens, the classic FE 55mm f/1.8, feels perfectly balanced on the front of my A7Rii, and is sharp enough to get the most out of its 42 megapixel sensor.

Overall though, this is a lens with character. Yes, it has some vignetting at wider apertures, and when pointed at a light source, it will render a noticeable lens flare, but these are the things that I love about a lens. These are the things that add a level of personality to an otherwise sterile photo, though I understand many will retaliate against this. Tomorrow I will reluctantly ship my test copy back to Sony, but something tells me that I may end up with one of these in my bag again before long.