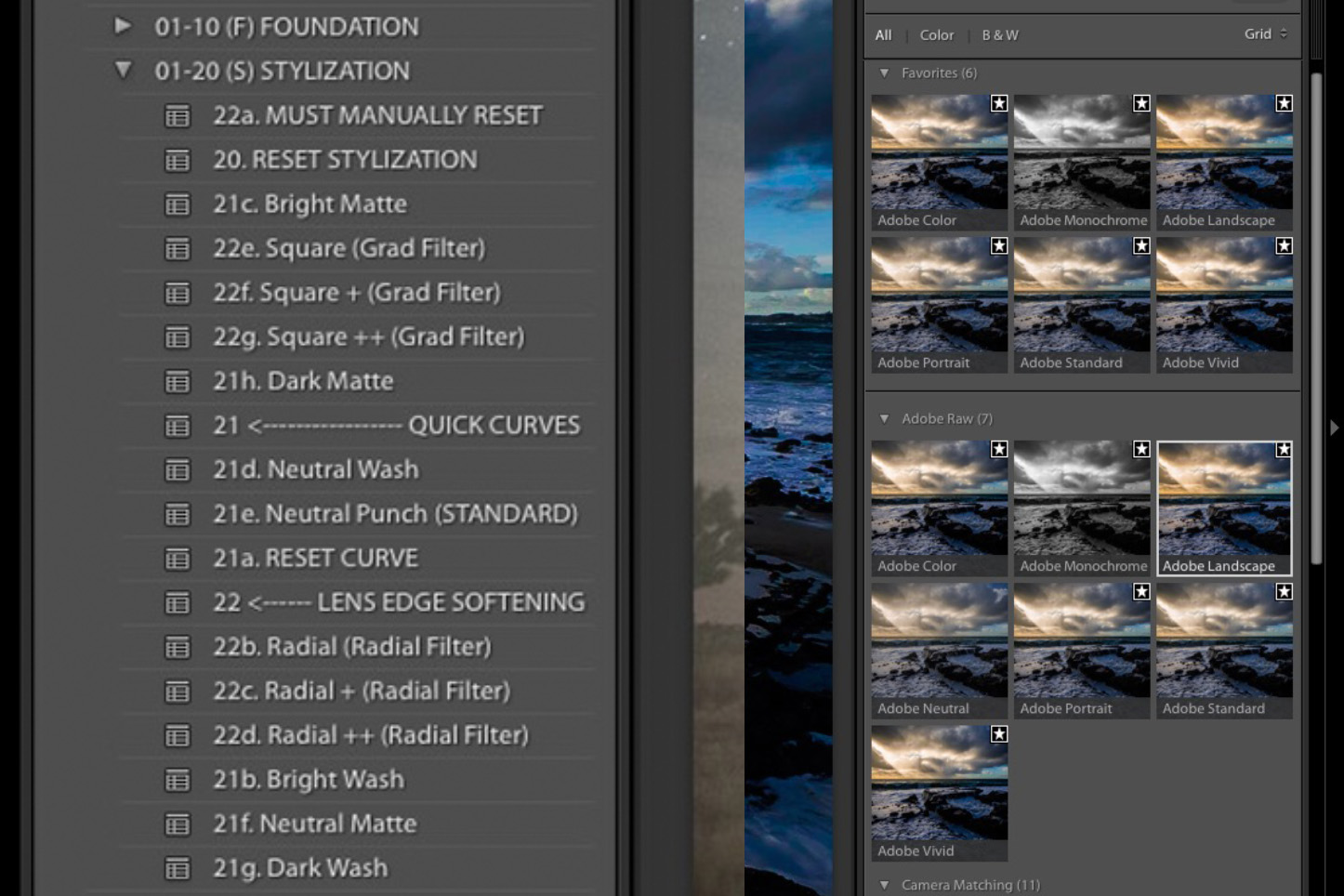 [UPDATE: The SLR Lounge Preset System has been made fully compatible with Adobe Lightroom CC (Classsic and Cloud) 7.3, and the corresponding Camera Raw update to Adobe Bridge and Photoshop) Please see this post here for an in-depth description of the bugs, and how to fix them, or check out the SLR Lounge Lightroom Preset System.]

Adobe has released a major update to Lightroom CC, both the “Classic” version and the new all-cloud “CC” version. This update focuses mainly on an all-new Profiles system which is far more robust than the previous handful of Profiles offered. 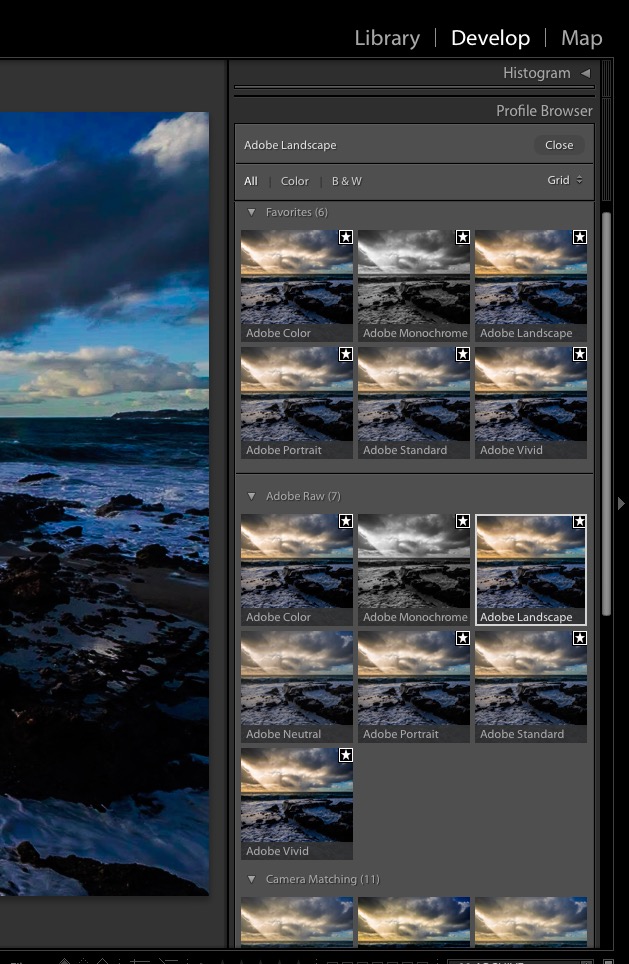 Secondly, they offer numerous stylized options, both Adobe’s own recipes for things like Landscapes and Portraits, as well as a higher quality version of each camera manufacturer’s own in-camera Profiles, known as Picture Styles on Canon and Picture Controls on Nikon, for example.

Another video from Adobe, showcasing the same new options but within the environment of the new mobile-optimized, all-cloud LR CC:

All in all, it could prove to be an incredible new feature. In fact, it may be the exact type of update that everybody talks about, and eventually considers to be a major turning point for Adobe in its quest to maintain dominance at a time when alternative raw converters are popping up like weeds after an El Niño rain.

Unfortunately, it wouldn’t be a true Adobe update without a bug! One so glaring, and annoying, that you don’t know whether to laugh, cry, or smash your computer a la Office Space.

Apparently, Adobe has forgotten how to count: Innumerable LR users who own huge collections of Develop Module presets that are organized with letters or numbers are reporting that presets are now randomly appearing out of order. 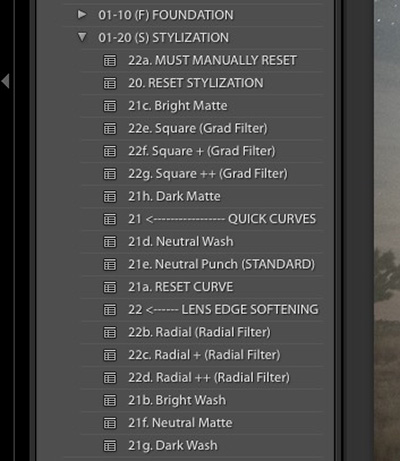 Unfortunately, this does affect the SLR Lounge Preset System, and we are actively investigating potential solutions to the problem.

In the meantime, if you have an Adobe account, please visit this page here on Adobe’s support forum, login to your account, and click the “I have the same question” button at the bottom of the first post. Unfortunately, it is likely that the only solution to this problem will be to wait for Adobe to figure out how to sort presets by name, and produce another update. (It is possible, for example, that presets are now being sorted by date created instead.)

UPDATE: The sort order problem appears to be caused by a discrepancy in the code of the new Lightroom Develop Preset files. Embedded within the code of the file, there are two different names; Lightroom was previously not smart enough to keep those names matched if you changed the name of a preset. You can rename presets both from inside Lightroom, and outside of Lightroom. Either way, it seems that fixing the errors could require many, many hours of meticulous code copy+paste work: 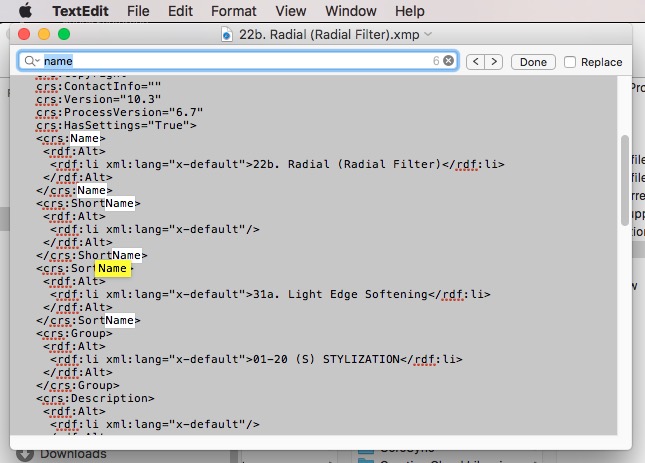 As Per Usual: Other Stability Concerns

While Presets being out of numerical or alphabetical order could almost be considered cute, in the grand scheme of Adobe update bugs, that’s not the only report that is surfacing. A number of reports of stability issues are also popping up, including the time-honored traditions: crashing, and slowness.

In short: If you haven’t yet updated Lightroom, Photoshop, or Adobe Camera Raw, you may want to hold off for a few days. If any updates are released from Adobe, we will bring you that information as soon as possible!