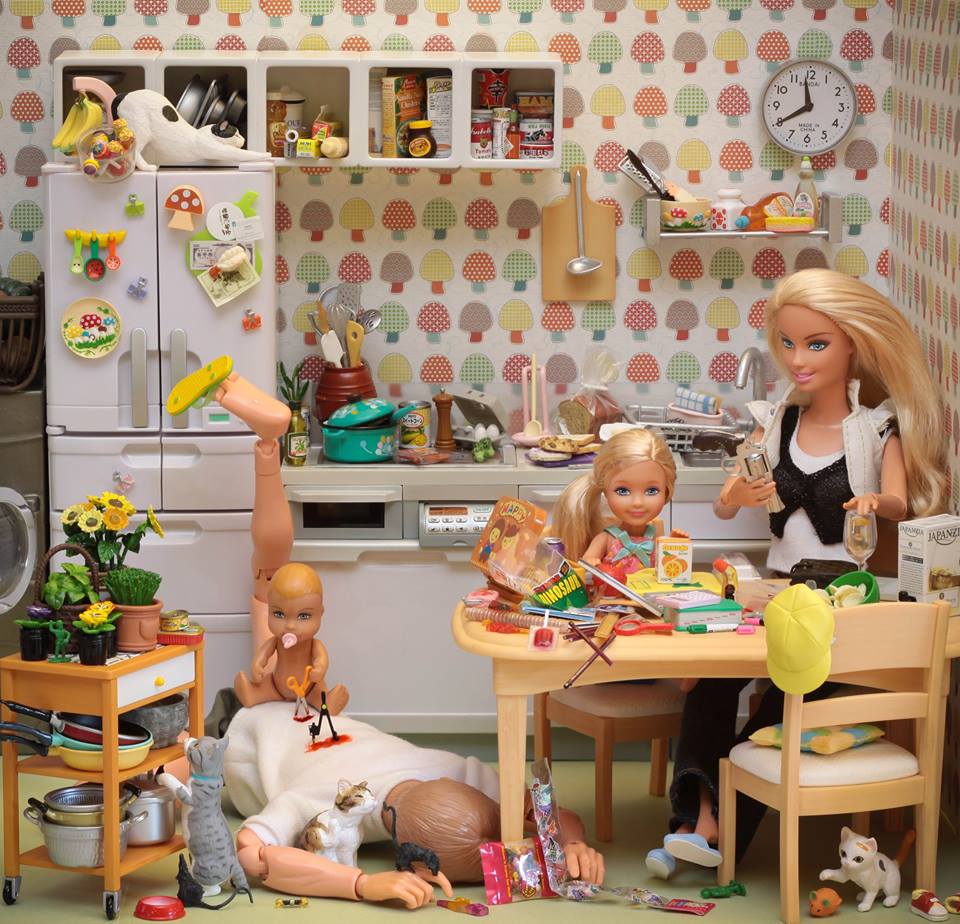 Warning: Images may be disturbing for some. View at your own risk.

There are not many toys as polarizing as a Barbie doll. She represents anything from a favored childhood toy to everything wrong with society and how they undervalue women.

Personally, I’ve never trusted that fake plastic smile. As a child, I played with Barbies like every other girl my age, but instead of playing house, I cut all her hair off in the “beauty salon,” and made ugly dresses for her to wear. Maybe my 7-year-old subconscious was wisely showing me that the shapely, all too cheery, platinum blonde housewife turned vet/rock star/nurse/pilot/any other of the 150 careers this overachiever has had, isn’t as perfect as she is marketed as.

In a morbid and interesting photo series aptly named, “Dolls,” Canadian photographer Mariel Clayton has exposed the dark side of Barbie as she channels Showtime’s Dexter. Her victim? Why, Ken, of course. Barbie’s evil side is revealed as a cold-blooded serial killer, with her very own knife and gun, standing in the kitchen in a belly shirt, holding a jar of Nutella. Each gruesome scene is laid out in very detailed crime scenes; in one, Barbie grills dinner, making a nice BBQ of Ken’s head, while baby watches. In another, Barbie is enjoying a spot of tea while list making – and Ken’s body sans head lays nearby. Through all the violence and gore, Barbie never loses her calm, serene Stepford wife smile, perfectly coiffed hair and trademark blue sparkly eyes. If you look closely, you’ll see that Mariel’s humor is interwoven in each image and carefully though out each scene. 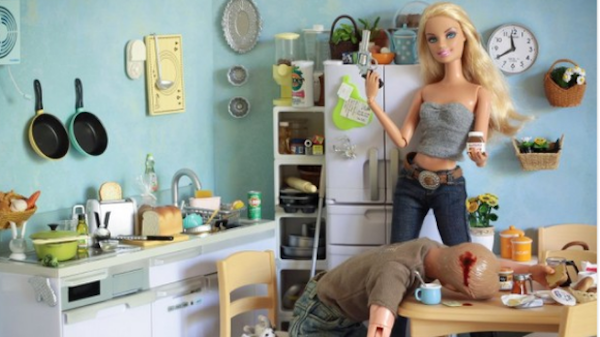 Travel photography was Mariel’s first interest and somewhere along the way, in a Tokyo toy shop full of Japanese miniatures, a new world of possibilities opened up. Mariel explains in an article,

She (Barbie) has been sanitized to the point where she has absolutely no personality whatsoever, so she just seemed to be the perfect model to explore the idea of this hidden evil. There was no time really when it wasn’t conceivable for me to use her in the pictures, it just makes perfect sense. Nobody is ‘that’ good, ‘that’ perfect – everyone is flawed in some way, and I wanted to explore that.

Mariel would be the first to say that this creative series is “not for everyone,” and if you explore her other works, each has distinctly R and X-rated themes. Themes of death, suicide, sex and dark humor, Mariel’s work is definitely not for children or those that may get offended easily. 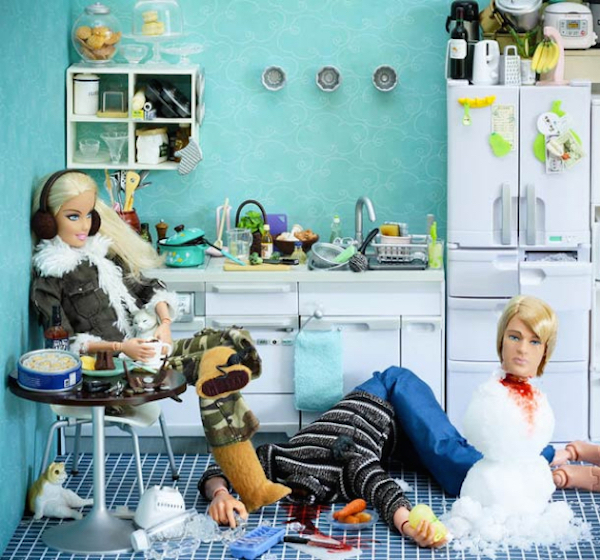 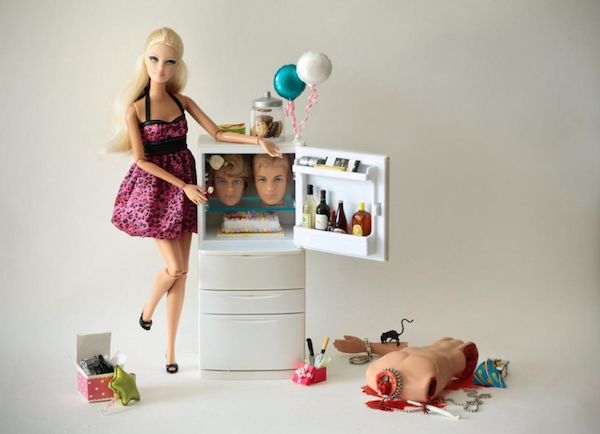 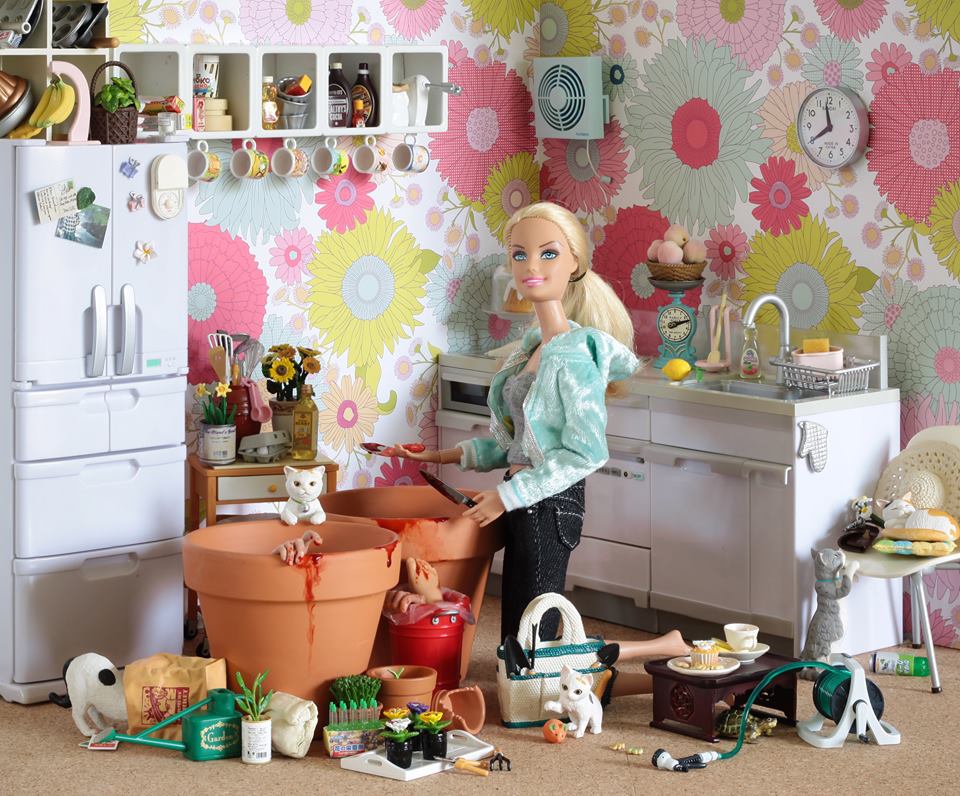 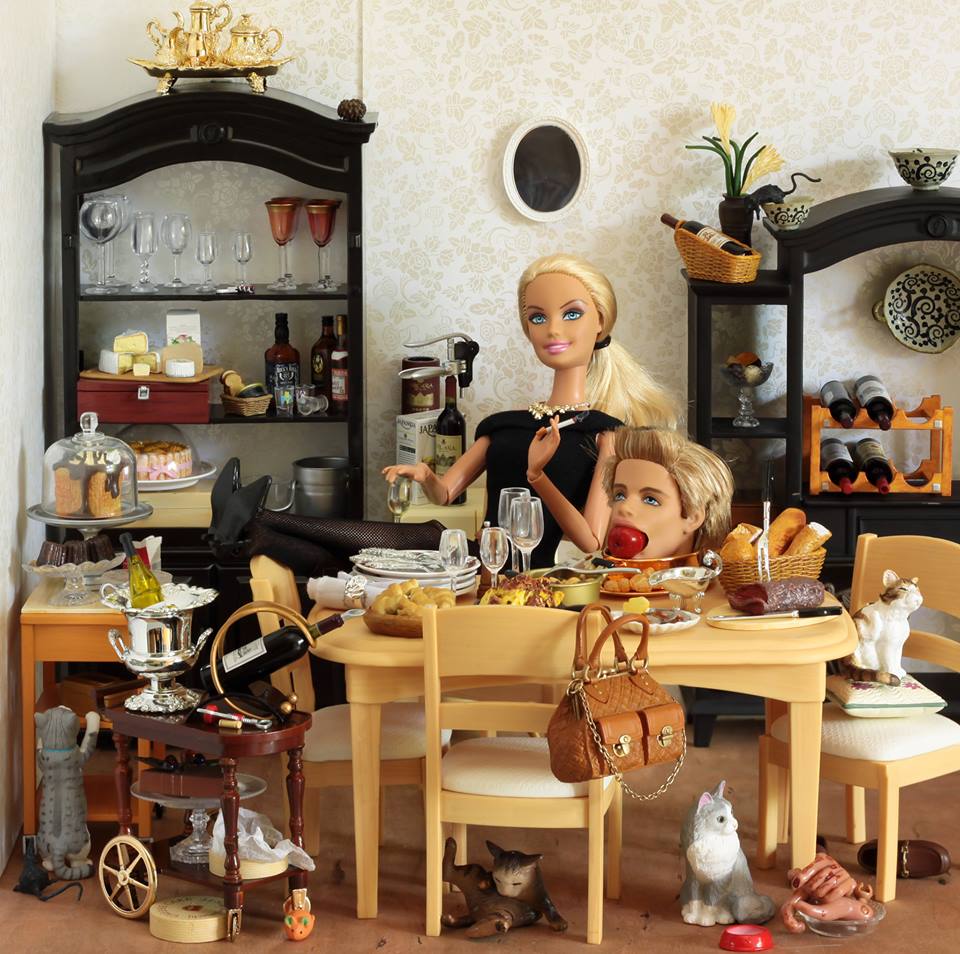 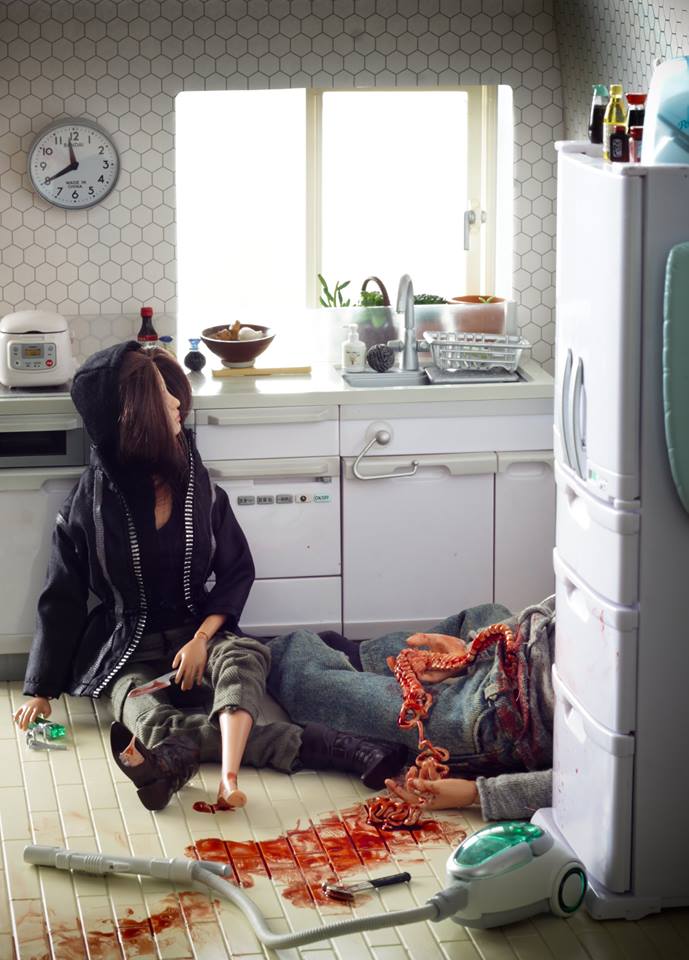 CREDITS : Photographs by Mariel Clayton have been used with permission for SLR Lounge. Do not copy, modify or re-post this article or images without express permission from SLR Lounge and the artist.

Beginner Astrophotography: How To Create Portraits Under The Stars - Part 2 Compositing