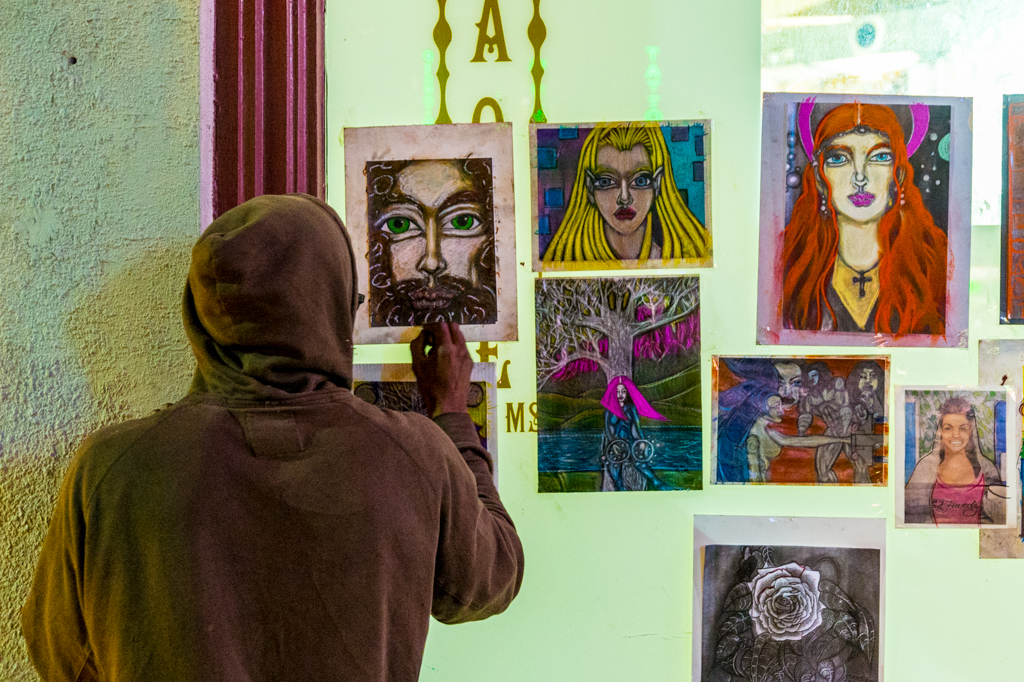 More recently, Nikon released the D4 and then the Df (with the D4 sensor), which were the apex of low-light cameras until Sony tossed their A7S into the mix, just edging the Nikon cameras out of the top place. Of course, there are other cameras that excel in low light, but these are the top three cameras as of now and listing a whole lineup would be impractical.

With this new ability to shoot at ISO 6400 with almost no noise and even get very usable images at ISO 12800 (along with the current trend of many photographers becoming aware of the weight of high-end camera gear such as professional f/2.8 lenses), I’ve noticed a trend among quite a few of my fellow photographers of switching out their flagship f/2.8 zoom lenses and replacing them with smaller, lighter, and more inexpensive f/4 zooms.

I know many people are skeptical about trading their “fast pro zooms” for what were considered “kit lenses.” I was one of those photographers. I liked my beastly pro lenses; they gave me clout when I was working. I didn’t look like your typical “Uncle Bob” photo guy because I had the real pro gear.

I’m in a different place today. For years, I traveled with the “holy trinity” lenses (Nikon’s 14-24mm f/2.8G, 24-70mm f/2.8G and the 70-200mm f/2.8G VRII). I shoot concerts a lot. In the spring and summer, I may shoot up to a dozen festivals, which can range from 15-20 bands in a day. Walking or running miles a day between stages for 12-14 hours a day, lugging two pro-sized cameras with these enormous heavy zoom lenses on them and a bag with another heavy zoom and a fast prime or two, I always ended the day ragged out with an aching back and a massive headache.

When I got my little Nikon Df, I was scheduled to shoot a relatively small festival in Austin, which was only a couple of miles from my house. I decided that I didn’t want to drag around all that gear, so I went to my local camera store and rented a Nikon 24-120mm f/4G VRII for the three-day ‘Fun, Fun, Fun Fest’ to see if I could manage to capture everything I needed using one camera and one lens instead of two cameras, one with a 24-70mm f/2.8 and one with a 70-200mm f/2.8. I had no concern about the lens being “only” f/4 during the day, but as night fell, I began to worry that f/4 may not be fast enough.

That evening when I got home and started editing my photos, I realized that the images were great. I used Auto-ISO and capped it at ISO 6400 (I’ve since raised the cap to ISO 8000). I shot the next two days of the festival with only the Nikon Df and the Nikon 24-120mm f/4G VRII and never missed a shot. The zoom range was perfect for the small stages as well as the main stages. Although I needed to crop at times, it wasn’t much.

That festival changed the way I viewed the need for fast f/2.8 lenses. I really didn’t need the extra stop to get my shots. I was ready to buy the Nikon lens when I went back to the shop to return the rental. Sigma had just recently released the 24-105mm f/4 Art lens so I took a look at that lens as well. I found I preferred the image quality of the Sigma so I ended up buying it. Obtaining this lens wasn’t so much about saving weight because the Sigma 24-105mm is a beast of a lens. This was about carrying only ONE camera and ONE lens with me all day, being able to capture wide crowd shots, full band shots, and close-ups without switching camera or lenses. (On a side note, not having multiple cards with the same performers made importing much quicker and easier as well).

I think there’s a reason why we’re starting to see many lens manufacturers making constant f/4 zoom lenses; the need for faster zooms is as pressing as it used to be, and for extreme low light and selective focus “bokeh” shots, ultra-fast primes are readily available in many different focal lengths.

So given the great high ISO capabilities of today’s camera, you may want to take a look at your gear and consider whether or not you really need that extra stop from your lens or can you make it up in your camera by setting the ISO a stop higher without compromising image quality?

J. Dennis Thomas is a professional photographer and author based out of Austin, TX. He specializes in concert and live music photography and is represented by Corbis Images and Alamy Ltd. He has written nearly two dozen Nikon Digital Field Guides for Wiley Publishing and two books for Focal Press including the highly acclaimed Concert and Live Music Photography: Pro Tips from the Pit. He’s also a frequent contributor to Digital Photo Magazine. His images have been published in many notable magazines including Rolling Stone, SPIN, Ebony, W Magazine, Thrasher Magazine, Us Weekly, People, Time, National Geographic, Premier Guitar and Modern Drummer.