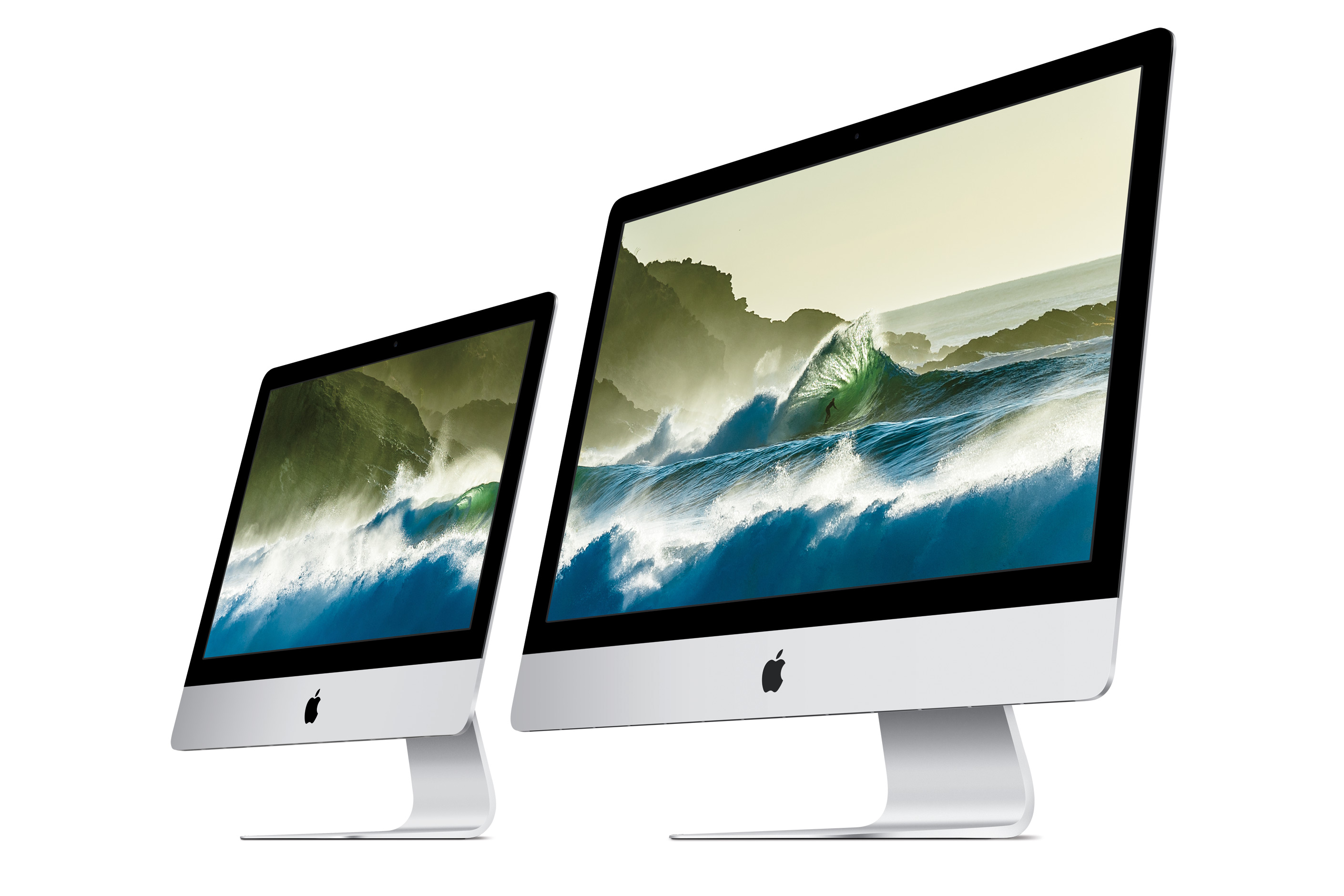 I Stopped Using Apple Years Ago, Should You?

The views and opinions expressed in this article are those of the authors and do not necessarily reflect the official policy or position of SLR Lounge as an entity.

This article is not intended to cause a big debate, nor add fuel to the Mac vs PC fanboy argument. I simply want people to realise that gone are the days where Apple was the only viable option for working Pros. PCs are back, and in a BIG way.

Why Was/Is Apple The Computer Of Choice For Pros?

Years ago, when I primarily shot video, Final Cut was the editing program of choice for most and it was only available on Mac. The same could be said for quite a few Mac-specific pieces of software. As such, I had no choice but to buy a Mac. And I loved it! These days, Final cut is certainly not the only video editing application around and thus is no longer a reason to purchase a Mac.

Reliability and access to good after-service care was, and still is, a big selling point for Apple. In comparison with PCs of the day (I’m talking 10 years ago-ish), Apple was a breath of fresh air; easy to use and reliable. If anything were to go wrong, you had Apple care to fall back on. As we all know, reliability is top of the priority list for any working Pro. 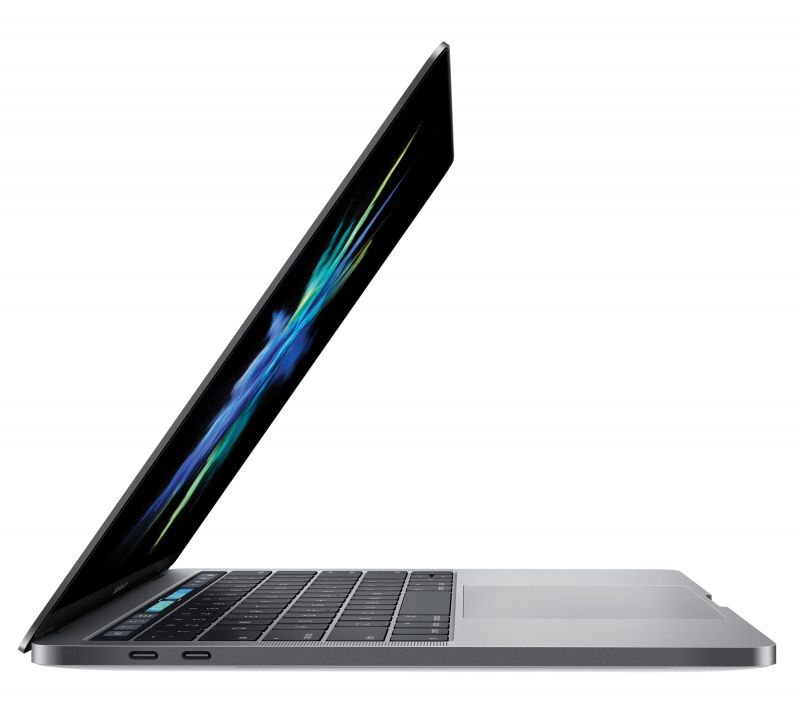 As well as reliability, Apple was known for its excellent performance and, even though it shouldn’t matter too much, its gorgeous styling. I still remember how beautiful the old MacBook Pro was in comparison to laptops of the day and today’s iteration is still pretty stunning. In many respects, Apple has remained known for all these things. Sadly, however, this is often because they’ve stuck with the same styling only making minor tweaks. But hey, if it ain’t broke don’t fix it.

On the performance side, sure, most Apple rigs will run Photoshop, Lightroom and other editing applications pretty well. If you plan on doing some heavy editing though, you will need quite a few of those optional upgrades, which can quickly spiral your costs to giddy heights. 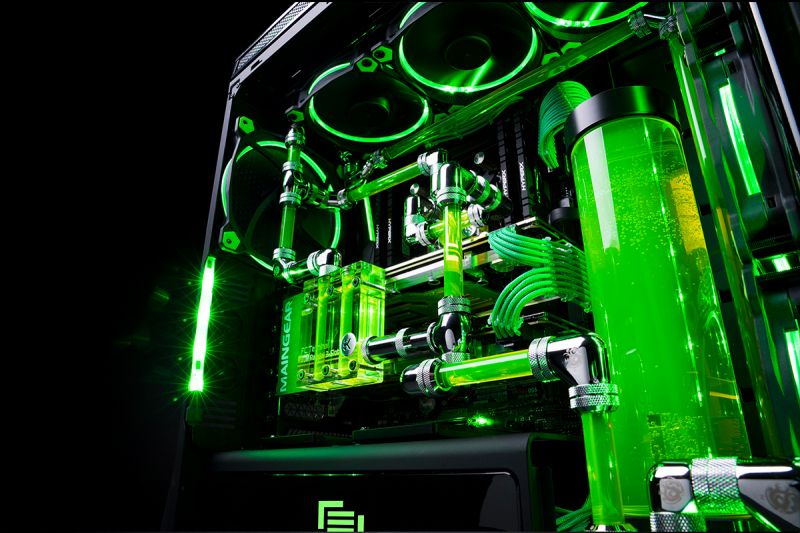 PCs Have Caught Up & In Many Cases Overtaken Apple

Years ago, the only alternatives to Apple were either unbelievably expensive custom built PCs, or sub-par rigs, packed full of sub-par components, made by companies like Dell. I can’t tell you how many hours I wasted speaking to Dell customer service. Ever since Apple began to steal a large proportion of the market, PC manufacturers began to take note. It’s comparable to the Iphone Android war. Iphones were leaps and bounds ahead of the competition but other manufacturers got wise to what people wanted and have now caught up (and surpassed Apple, in my opinion).

These days, even the likes of Dell are putting out top notch computers like the Dell XPS 9360. Branch out a little further and you’ll find smaller companies like Razer, who are creating breath-taking laptops and towers with rock solid performance. I mean, seriously, look at that photo above. I’m not generally into the glowing neon lights in computers thing, but that tower looks incredible. It’s like something out of a comic!

Not only do we have the established brands (Dell, Lenovo, Asus etc.) putting out great machines with performance that can rival any equivalent Mac, but we’ve also had a surge in companies providing custom built PCs. One of the biggest nails in the Apple coffin (for me at least) was the inability to customize once purchased, and the colossal expense to upgrade components at the point of purchase. To be fair, I did recently read that Apple were looking to address the customization issue in future pro systems.

With the ability to completely customize your system, choose every component, house them in stylish cases (for laptops and towers), have after care which rivals AppleCare, and pay substantially less. Why are people still choosing Apple? 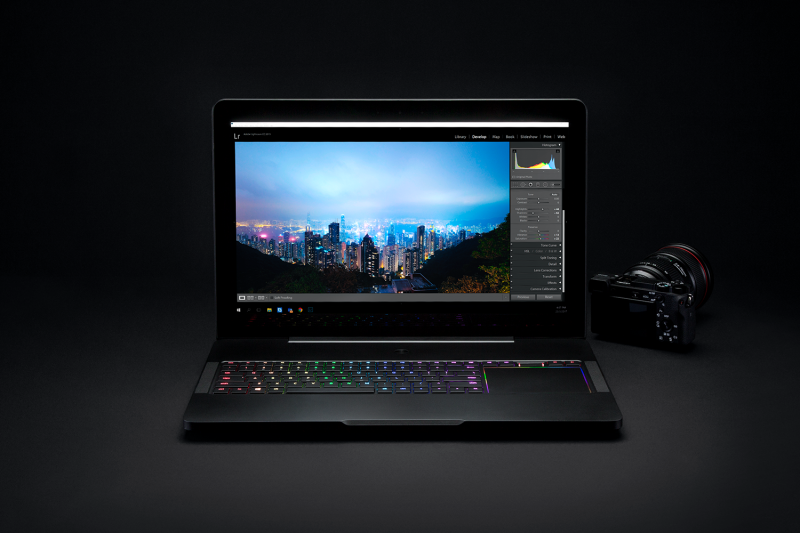 [REWIND: BEST COMPUTER SPECS FOR PHOTOSHOP | IS YOUR COMPUTER UP TO PAR?]

It seems I have ended up slagging off Apple a little here, honestly, it was not my intention. I use both systems regularly and both have plusses and minuses. What I really want people to realise from this (non-technical) article, is that PC’s ARE a viable option. When you’re next chatting to a fellow photographer and they tell you they use a PC rather than a Mac, don’t be surprised. Perhaps it’s time for you to start wondering why you’ve not jumped ship as well.

If budget is a factor, which it is for everyone, you can get a PC which will far outstrip the power of an equally priced Mac. The virus issue on PC, isn’t really an issue anymore (I’ve had 0 in 6 years). You can get every piece of software you need. And, arguably, they look just as good, if not better in some cases.

This is all my opinion of course and I’d love to hear yours in the comments below. I’d also advise you to check out this article for some great Windows alternatives to a MacBook Pro.