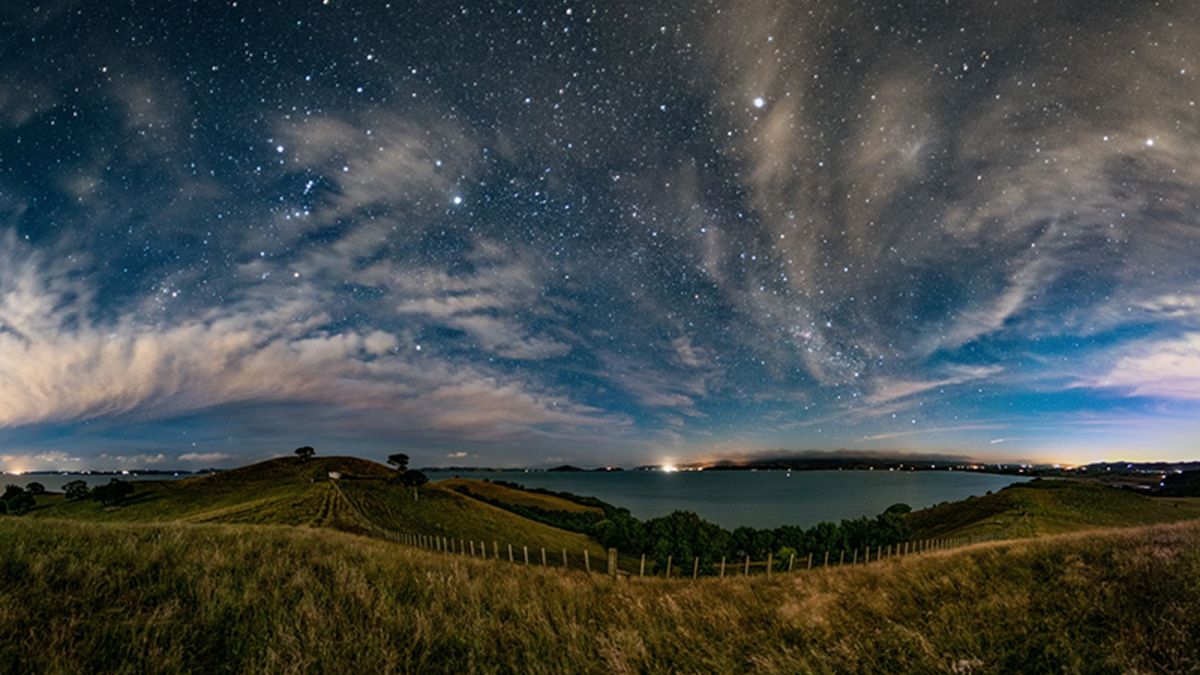 How To Shoot Astro Panoramas

David J. Crewe, 3 years ago
With Christmas just around the corner and the year drawing to a close, the team at Syrp wanted to release their last tutorial of the year: how to shoot astro panoramas. They announced the multi-row panorama feature a few months ago, and even though they feature Syrp products as part of the video, this guide is a lot more than that: from location scouting, setup and paying special attention to editing your images. This last section will be really helpful for photographers that want to make those panoramic images really come to life. Personally, having very little experience with Nightscape/Astrophotography, this video actually helped me quite a bit and got me excited to head out to do some shooting this holiday season!

After launching their latest app feature multi-row panoramas, they discovered another way to capture the grandeur of the night sky, and this is where Charles Brooks and the video below comes in.

Charles runs Opus Expeditions in New Zealand, taking adventurous photographers to the most breathtaking locations around the country. He has mastered the art of astro and in this video Charles walks you through the process of taking amazing astro panoramas. Anyone can take a good photo of the stars, but not everyone can get that mind-blowing effect that you’re about to learn.

This is a very in-depth tutorial that goes from the gear he uses and location-scouting right through to post-production, and as such, we recommend you set aside 30 minutes and get ready to learn! We’ve got the highlights written out below if you don’t have time right now, so be sure to bookmark this link regardless.

What’s Covered In This Video

As 83% of the world population lives under light-polluted skies, it can be really hard to escape these bright areas, as traces of light can persist for miles. Luckily in New Zealand this is a bit easier. There are natural nightscapes and dark sky sanctuaries all over the country, allowing us to indulge ourselves in some of the darkest places in the planet.

Charles uses a website called Dark Site Finder to find the perfect spot for this shoot and Photopills to find exactly where the Milky Way is going to be at during this time of the year, thanks to their Planner and 2D Milky Way modes. The best season is different for the Southern and Northern Hemisphere.

Composition is very important when choosing the right location, as the Milky Way should be perfectly situated on top of other elements that will also be in the frame to create an interesting effect. 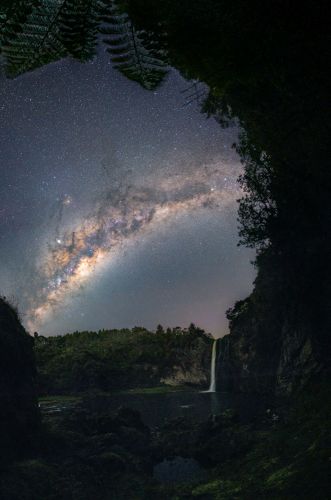 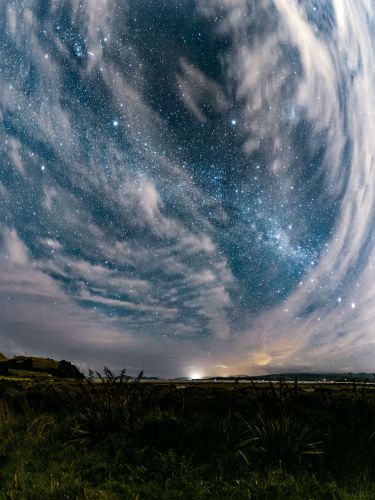 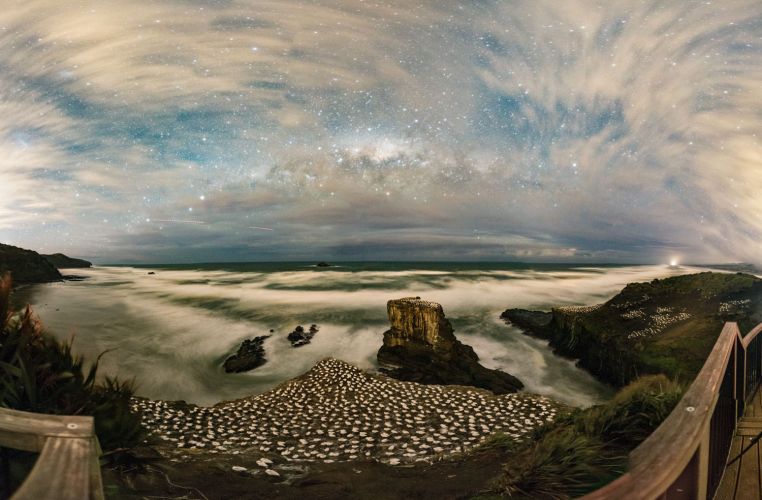 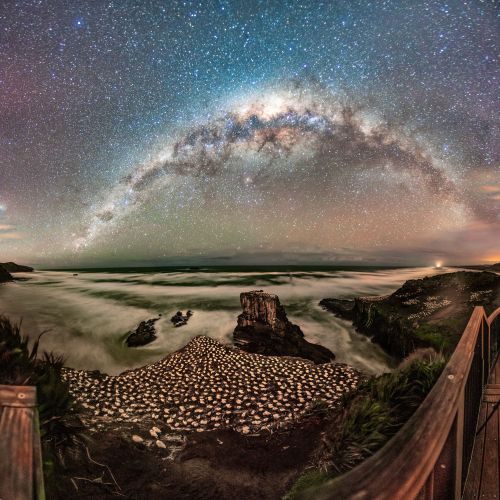 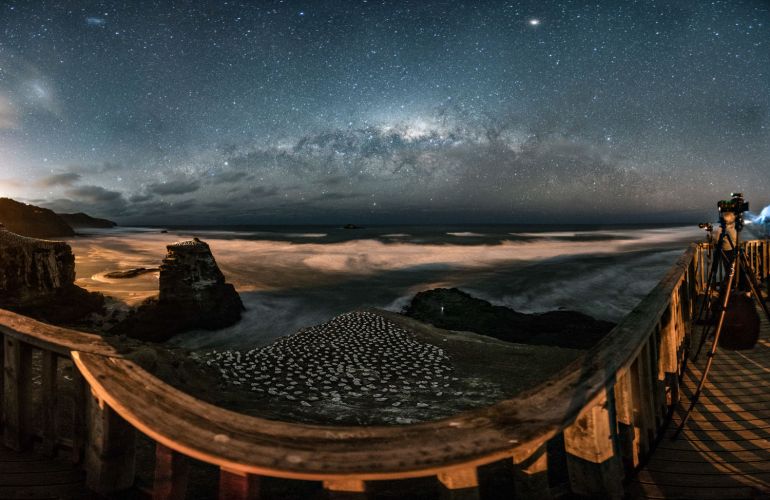 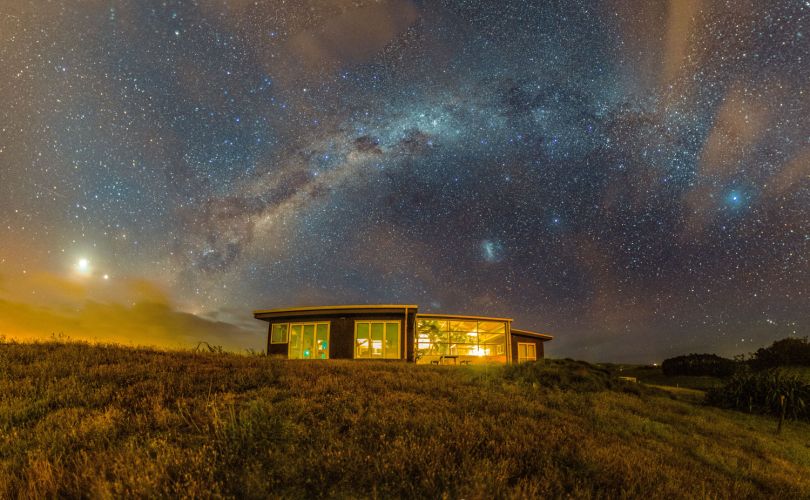 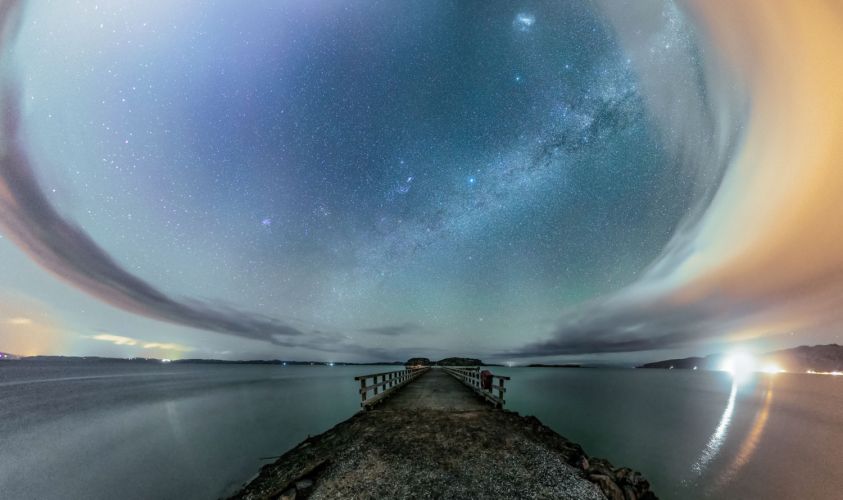 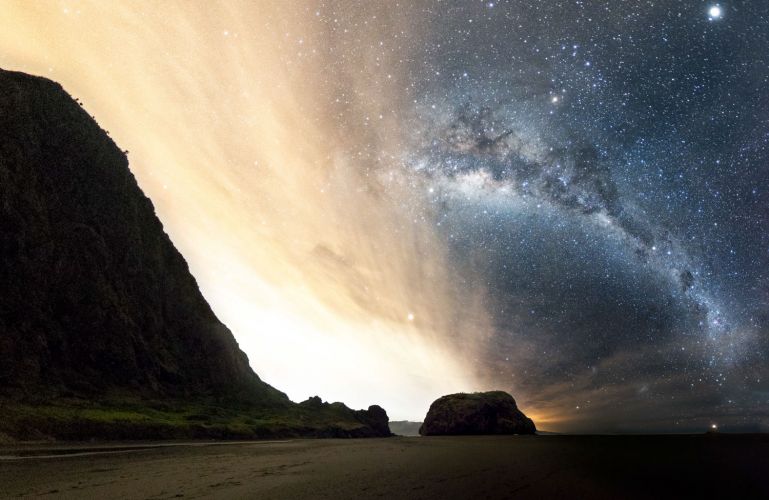 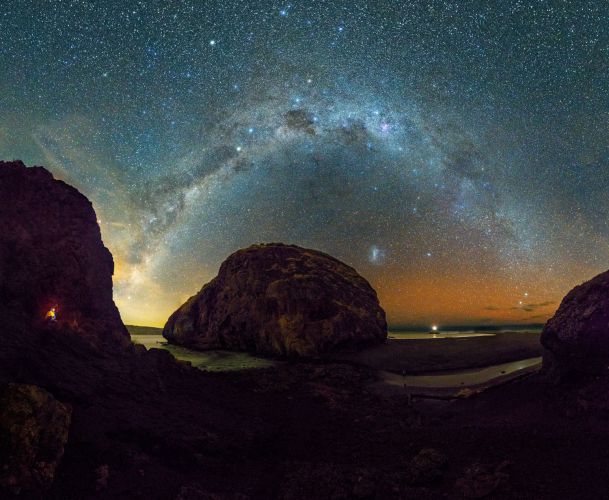 Capturing panoramas doesn’t require much gear other than a very sturdy tripod. In the video above, Charles uses the Genie Mini II Pan Tilt kit to automate the process and setup. This can also be done manually, but the post-production process might be a bit harder and there’s always the risk of missing a few frames. On this shoot, he uses an S PRO 50mm f/1.4 Lens on a Panasonic Lumix S1 and a Manfrotto 055 tripod.

When shooting the Milky Way, it is very important to move quickly to each frame as the stars are constantly moving. In the video guide, Charles explains the difference between the different panorama options and his ideal camera settings. He also explains how to ideally set up the Genie Mini II Pan Tilt kit to capture multi-row panoramas with ease and shares some secrets that will be really helpful later on during post-production.

The rest of the video covers in detail the full process of post-production, so you can follow it step by step when editing panoramas in the future. Charles uses only three pieces of software: Adobe Lightroom to clean up the individual images, PTGui to stitch them together and Photoshop for the final touches.

This process is as exciting as the actual shoot and its when your panoramic image really comes to life. Doing it right will make a big difference in the final result.

Watch until the end to see Charles’ fully processed panorama ready to be shared with the world.

Charles Brooks is an exceptional photographic talent. Since the beginning of his career, he specialized in portrait photography and landscapes. His stills of classical musicians are used continuously by the most important theatres and opera houses worldwide. On the other hand, his low-light photos of southern Chile, glowworms in New Zealand, and the night sky, all make the front pages of major social networks.

After spending several years living in Chile and having a successful career all over South America, he is back in his home country, New Zealand, where he runs unique photography masterclasses and workshops with this company Opus Expeditions.

These are some other impressive multi-row panoramas that Charles captured as part of this project:

*Images and video shared with permission

One Simple Trick to Better Compositions in Your Photography