How to Get Dramatic Clouds in Overcast Lighting Conditions

When we hear overcast lighting, the first thing we think about is flat and soft lighting. Usually, this means there won’t be much detail and contrast in the environment, especially the sky. It might be easy to think that the sky is uninteresting and impossible to get a good image under these conditions. However, I want to show you that overcast days are some of the best times to capture dramatic images. In this video, I’ll be walking through how to shoot and edit dramatic clouds in overcast lighting conditions in Adobe Lightroom Mobile.

Video: How to Get Dramatic Clouds in Overcast Lighting Conditions

I’ll be demonstrating how to make clouds pop during overcast lighting on a dedicated camera as well as the iPhone. I’ll be using the Canon EOS R5 paired with the RF 28-70mm f/2L lens. After capturing the same image on the phone, I’ll be doing a full edit in Adobe Lightroom Mobile so stick around until the end! Let’s dive in.

Exposing to Preserve the Details 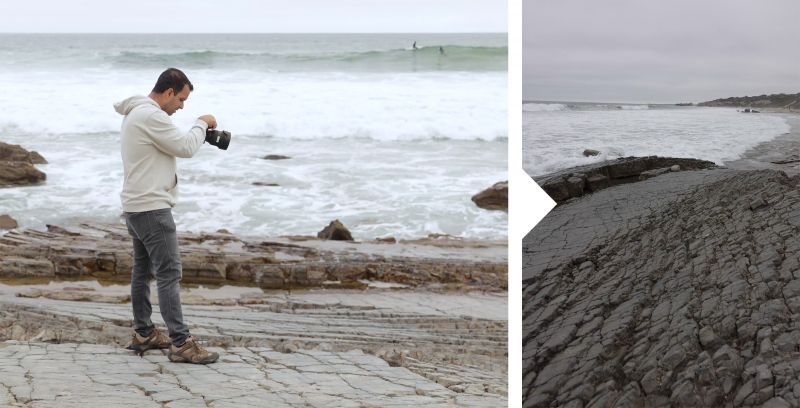 Even though the skies appear bright and flat in overcast lighting, I promise you that the details are there. What matters is how you take the photo in-camera. First, make sure you’re shooting in RAW format to capture as much information as possible. Then take a basic composition like I did here. I focused on the rocks and composed the sky to take up the upper portion of the frame. 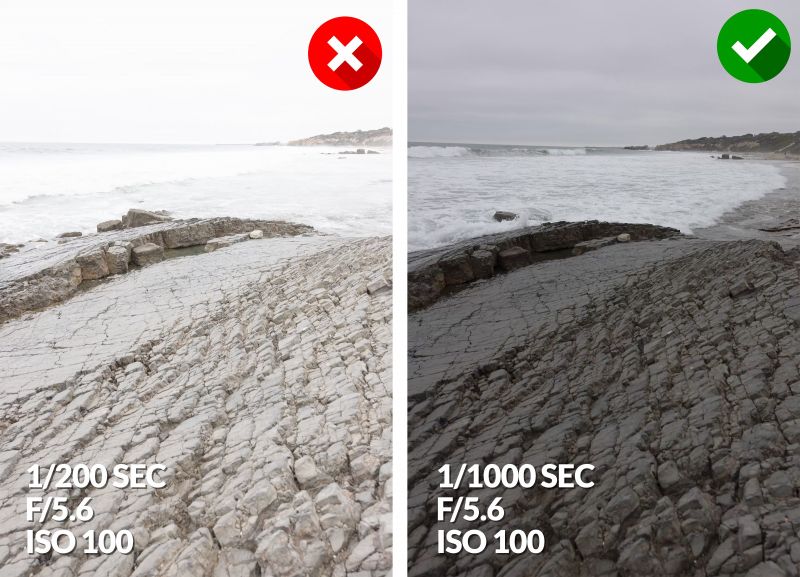 The trick to properly exposing the image is using the histogram and your camera’s highlight alert to prevent overexposure. Exposing too bright will cause the photo to lose important information in the clouds. Here is a side by side example with the final settings. 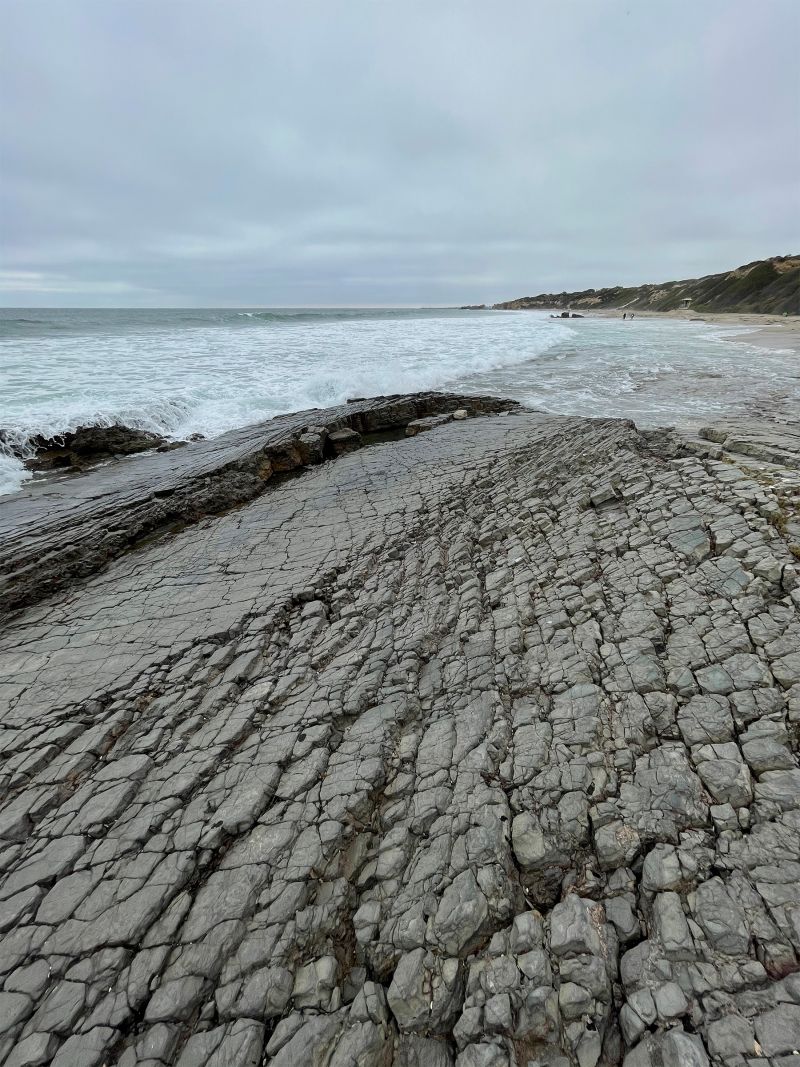 On the iPhone, the app does a great job automatically exposing the image and preserving the details, even in overcast lighting conditions. Without making any adjustments to exposure, here’s the raw photo from the iPhone.

How to Make the Clouds Pop in Adobe Lightroom Mobile 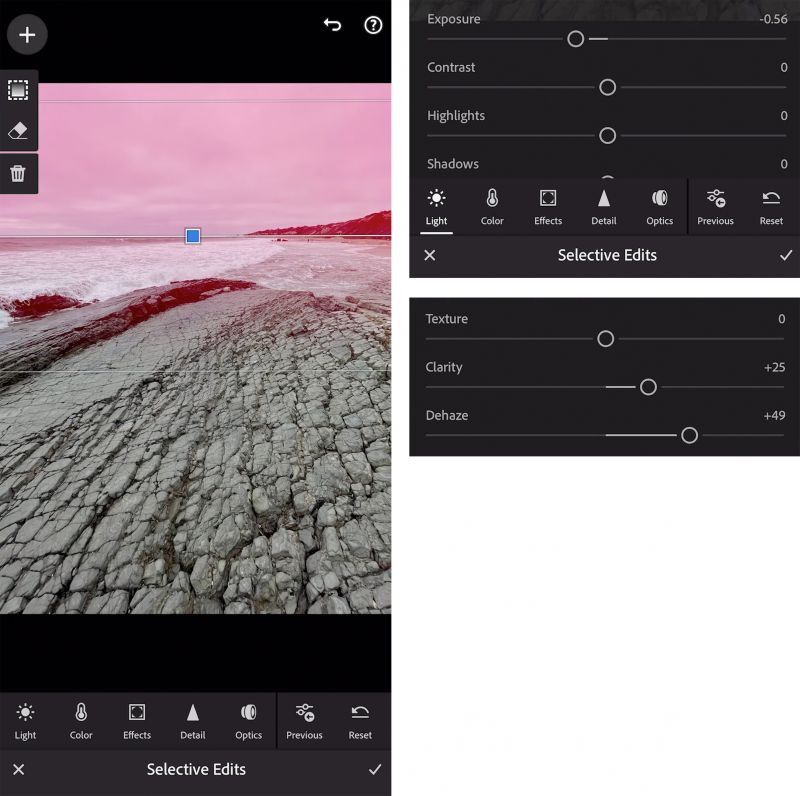 Once we’re in the app, the first thing we’re going to do is bring the detail out from the sky. Use the Graduated Filter in the “Selective Editing” section and drag over the sky. Make sure to feather the mask. 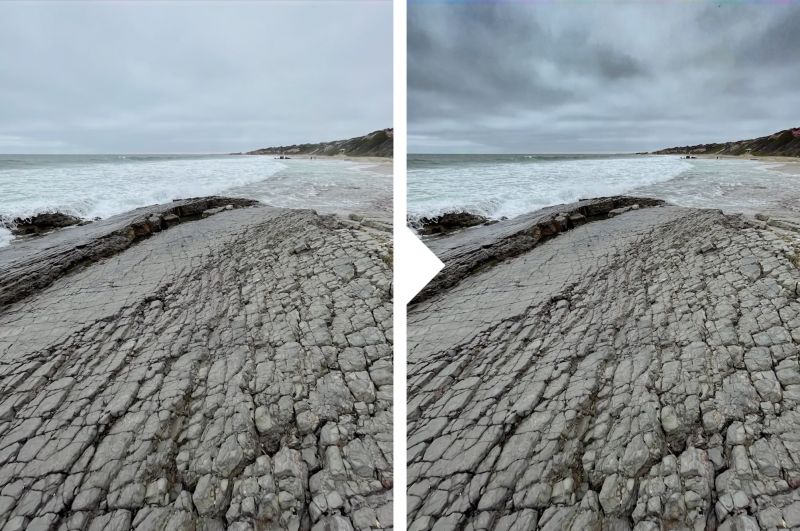 I pulled down the exposure. Then, in effects, I increased de-haze. You’ll notice the details in the clouds immediately popping out from the overcast lighting. Next, I boosted clarity. Check out the difference from just those simple adjustments. 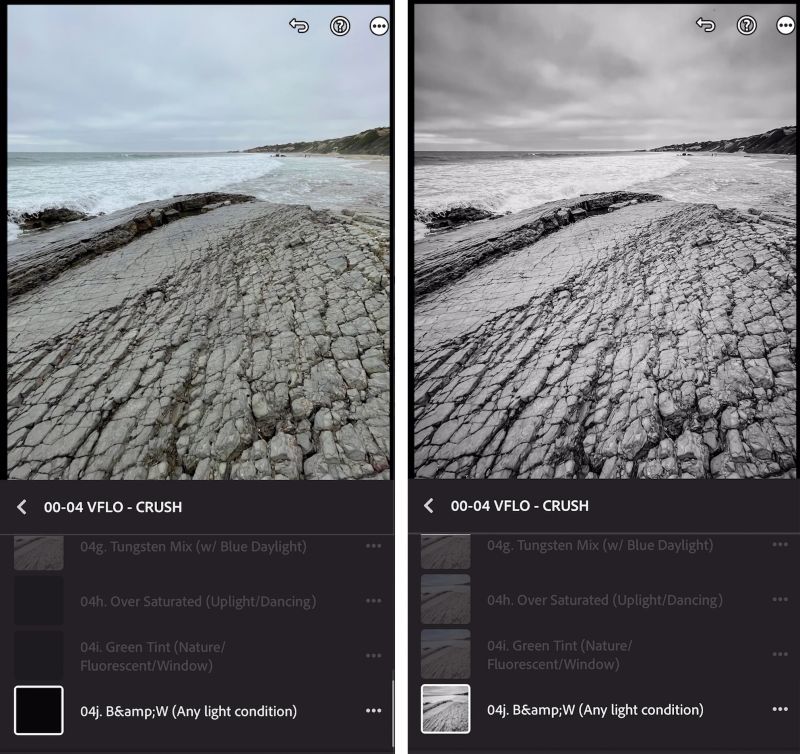 I personally love turning landscape shots during overcast lighting into black and white photos. To do this, I reset the image and applied the Black & White preset from Visual Flow’s Crush pack.

Then, I added global adjustments including lowering the exposure and turning up the de-haze as well as clarity over the entire image. 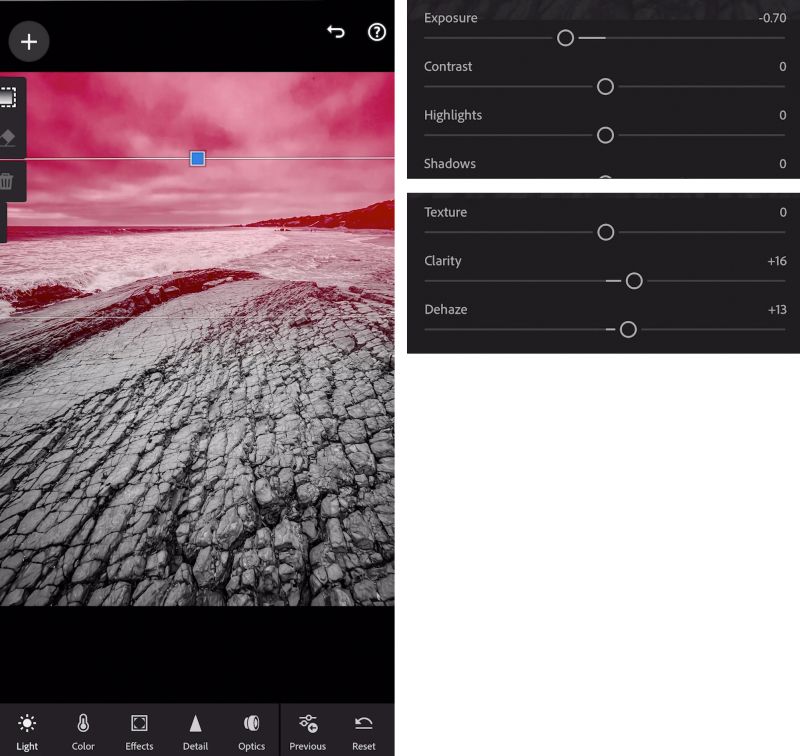 Next, I added the graduated filter and pulled the exposure down over the sky. I added more de-haze as well as clarity over just the sky. 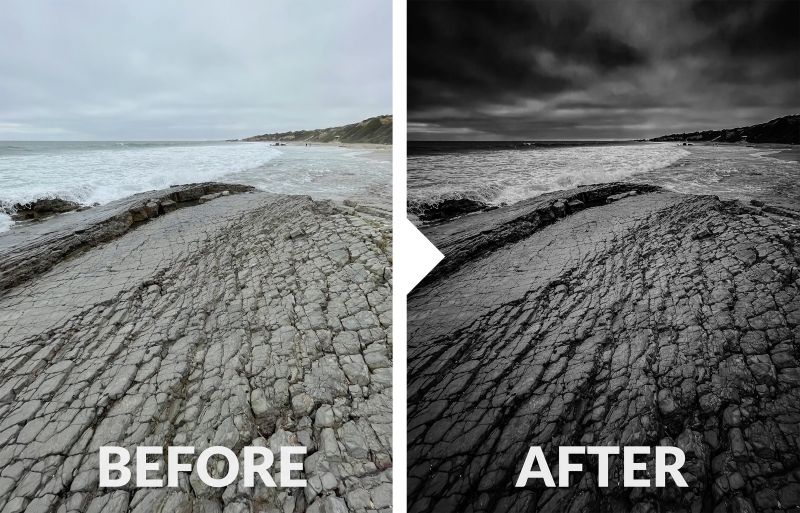 For my last adjustment, I kicked up overall contrast a bit over the entire image and this is the final before and after.

I hope you enjoyed this article/video. Just because the sky appears flat and uninteresting during overcast lighting, doesn’t mean you can’t still capture great photos. Landscape photographers especially, can rest assured knowing there is still plenty of detail left in the sky. Try out these tips next time the sky is overcast and see what incredible photos you can end up with!

For more tips and tricks on mobile phone photography, check out Creative Photography 101 from our Premium Library. To get presets like the one I used in this video, visit Visual Flow where we have a full library of intuitive lighting based presets and retouching tools. Thanks for watching!

How to Balance Ambient Light Vs. Flash for Dramatic Effect