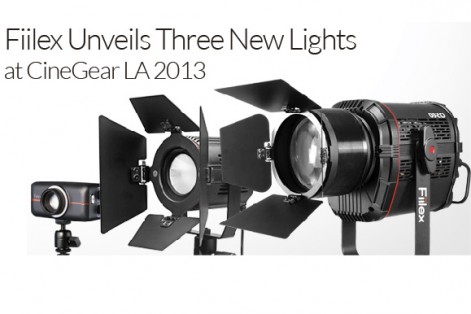 For those of you who haven’t heard of Fiilex, the lighting company specializes in making LED video and photographic lights that utilizes Dense Matrix LED technology which crowds a lot of LED lights into a small area. We recently used their current products, the P360 and the P200 for a photoshoot and found them to be very unique and well-built. Additionally, the lights have a high CRI, which meant they are high quality full-spectrum lights, and they can also be tuned to different color temperature as well. Finally, they are designed specifically so that you can mount any Profoto modifiers on them.

Now, as the CineGears Expo in Los Angeles is underway, Fiilex is introducing three brand new lights to add to their lineup.

The P100 is a highly portable solution for the run-and-gun videographer. It should be interesting to see how the light looks compared to the standard LED panels that majority of people are using on their DSLRs. 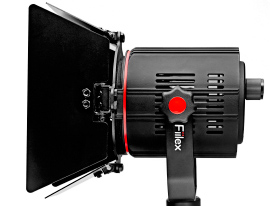 The P180 is the little brother to the original P360 with a power output of 40W instead of 90W. This allows it to be a more portable solution because it can run on most standard professional batteries, and at 10.6 oz, it also weighs half as much as the P360. 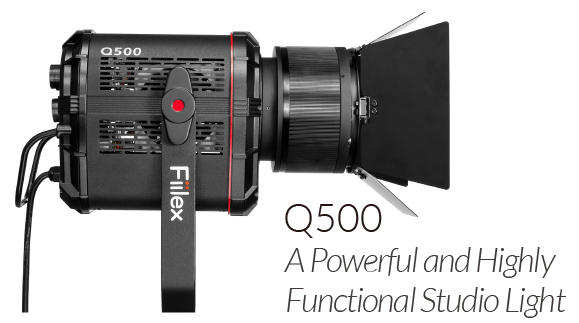 The big light that I’m most excited for is the Q500. While the P360 has pretty decent power, in order for Fiilex to really compete against its competitors’ Tungsten and HMI lights, it really needs a high-output studio light. This light is not only equipped with a fresnel, but it also be tuned in both temperature (yellow-blue) and tint (green-magenta).

Fiilex has not released the prices for their new models, but if you are in the Los Angeles area, you can see these new lights in person at the CineGear Expo at the Paramount Studios.

Fillex proudly announces three innovative LED lights at CineGear L.A. 2013. Following a highly successful brand launch in January 2013 and the introduction of 2 groundbreaking specular LED sources, Fillex has quickly been recognized for its ability to deliver compact, powerful, and color-tunable LED lights. With the release of three more uniquely designed lights: a small 12W battery powered source, a lightweight 40W mobile ENG illuminator, and a powerful 160W intelligent light, Fiilex is on the way to generate more excitement in the image capture industry and lead the way of the specular LED revolution.

In a market flooded with an overabundance of low-power on-camera LED panels that produce broad, soft and unshapeable light, the P100 enters the market as an intense specular source that can throw light further into the distance as well as be shaped. Equipped with a 12 Watt Dense Matrix LED array, the P100 puts out at least twice the amount of light than most of the 3-6 watt on-camera LEDs. Included in the design is a focusing lens that can be rotated to modify the beam angle (30 -54). Powered by a proprietary li-ion battery, a fully charged P100 will last for more than 2 hours at maximum light output. Similar to other Fiilex products, P100 comes with continuous color tunability (3000 – 5600 K) and intensity control (30 –100 %).

The P180 is a portable light created for the field staff in the newsgathering and broadcast community. At merely 300 grams in weight and about the size of an 8 oz soda can, consuming up to 40W max power, this light is small yet packs a powerful punch. The color tunability (3000 – 5600 K) and intensity control (30 – 100%) allow camera operators to quickly adjust their lighting to match the environment, including filming continuously from outdoor to indoor. With a 10 – 28V DC input voltage range, P180 can be powered by most standard professional batteries used in the broadcast industry.

The first light in the Fiilex Quasar Series is the Q500, designed with increased power and functionality. Consuming 160 watts of power, the Q500 is a powerful light and technological marvel. Created with the latest Dense Matrix LED by closely packing more than 100 high power LED chips, the Q500 produces a smoothly mixed spectrum of light that can be shaped easily by a 5″ glass fresnel. The Q500 has a knob for intensity control, a knob for extended range color tuning (2800K to 6500K), and an additional knob for hue adjustment (shifting between Green and Magenta). This new light can also be managed via DMX interfaces (both XLR and RJ45), making it an ideal light to use in a studio setting.

New Graphene based Image Sensor – the future to low-light photography?