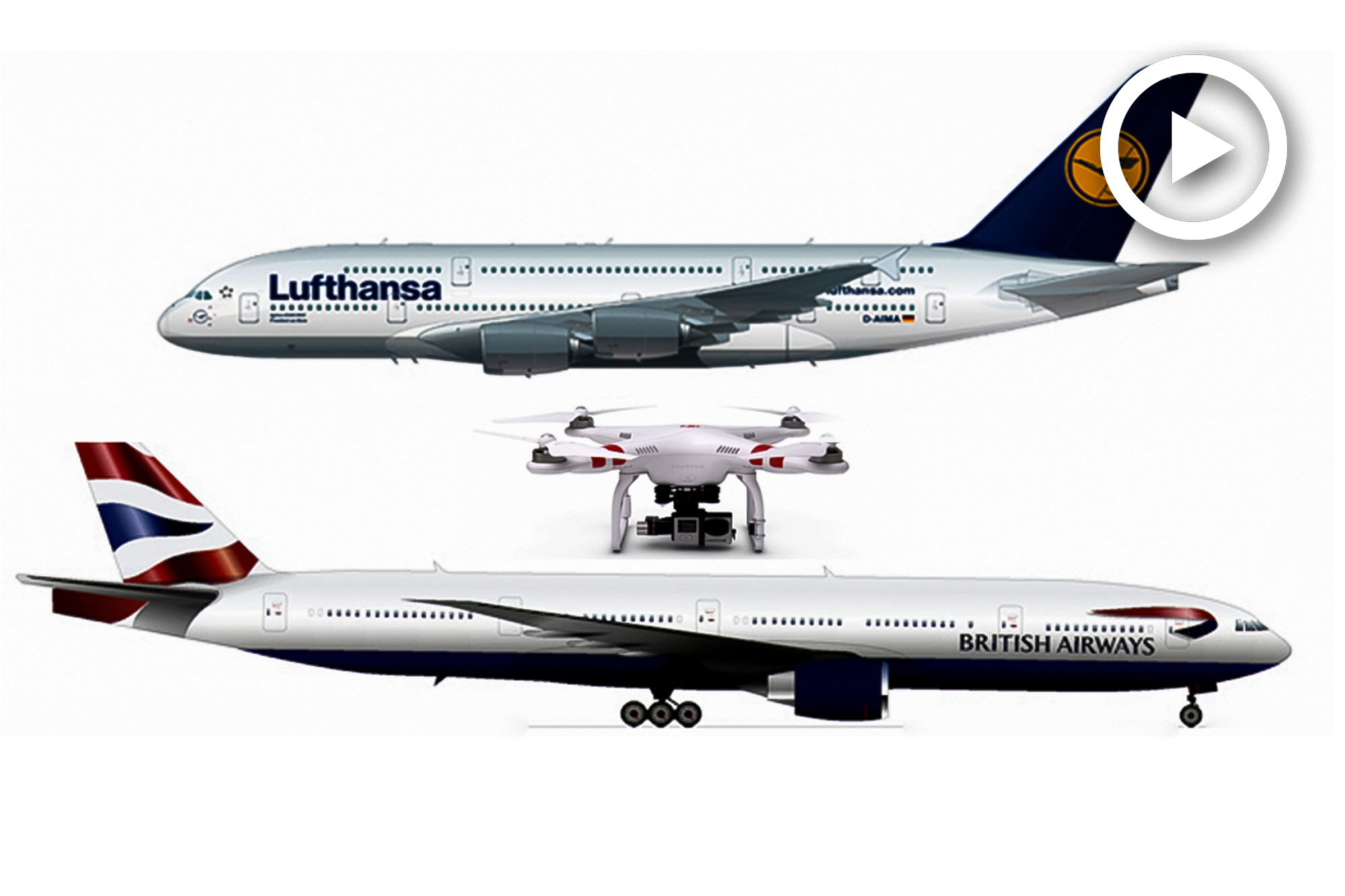 There are more United States Air Force pilots graduating flight school as drone pilots than for manned aircraft, and this has been going on for years. As technology in the military often is the catalyst for tech that trickles down to the consumer market, drone technology is one, and has spread like wildfire – it’s becoming a drone world. The problem is, of course, is that in the military, there are various syllabi for training and monitoring, and a system of accountability in place, but in the civilian world, there hasn’t been. 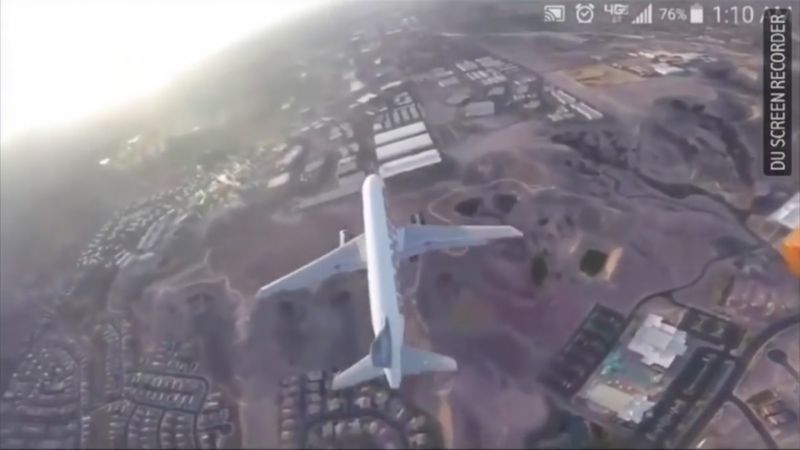 The image you see above, isn’t fake. It isn’t manipulated. It’s a frame from a video taken by a drone in Las Vegas as it looks down on a commercial airliner on final approach as it passes between the drone and the ground. Then, as the Frontier Airlines A319/20/21-series is passing, the drop operator rapidly maneuvers the drone around and dives in order to keep the passenger jet in closer range and in-frame. Here’s the video:

If you’ve been around SLR Lounge for the past year you may have noticed that we have been vocal in bringing up similar scenarios and cautioned about drone use on many an occasion, and it seems each reporting the event is more dangerous. And there are more of them.

In 2015 there was a drone reported about 90 feet from a Boeing Triple 7 at Heathrow; a drone got in the way of Police chopper in Cali, and one flew within 200 feet above a Lufthansa A380 on approach to LAX. We’re talking about aircraft carrying 300 and 500 souls on board respectively, that move within very particular patterns now being interrupted with obstacles that can cause damage with catastrophic consequences. At the approach speed of these aircraft being around 150 knots, it means the drones are about 1 to 1.5 seconds away from collision with the jets. And in this instance in Vegas an aircraft on final has much less authority in control than other phases of flight. 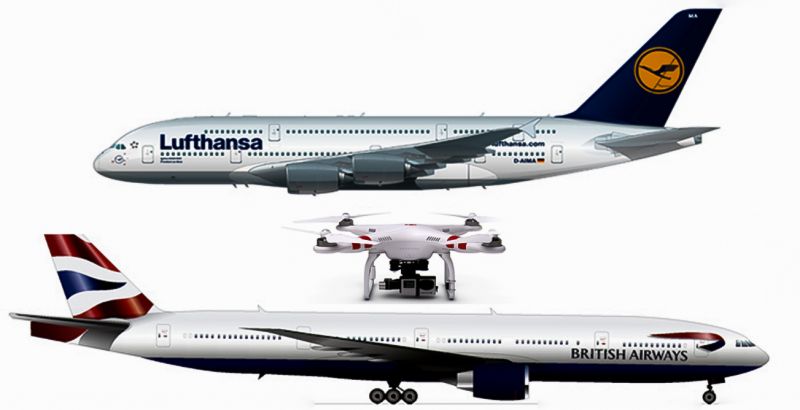 Last year a Beechcraft A100 King Air belonging to Quebec-based SkyJet Aviation with 8 souls on board was struck on the fuselage by a drone, and was fortunately able to land safely, which followed another drone collision with a U.S. Army UH-60M Black Hawk flying over Staten Island, New York.

Rightly so, this video has been doing the rounds, and when it was first shared widely there was a lot of noise about it being a fake, but we can now assert that it is indeed real, and I feel it is our duty to condemn this type of behavior and push for further, stricter, regulation.

That can seem like a jagged pill to swallow, especially when you have the vast majority of drone users adhering to the mantra of safety and responsibility first (most drone users have also condemned this video), but as is so often the case the bad apples spoil the bunch. That’s one thing when we’re speaking about something casual, but in the case of drones and aviation the costs involved are just too great to ignore.

It seems that the average drone operator hasn’t the foggiest idea of how the world of aviation works, and that the rules are tight for a reason. There also seems to be (judging from some social media comments I’ve seen today) this ignorant idea that something like a $300 million dollar Boeing 777 with a MTOW of 700,000lbs would not be affected by colliding with a small ten pound drone. To those people I would suggest looking up ‘bird strikes’ and let those images sink in.

The lack of understanding of the basic dynamics of flight and the environment in which it occurs is dangerous, and I for one am all for every drone operator to have to pass a rigorous exam to ensure their understanding is solid. But furthermore, I don’t think it’s enough.

[RELATED: Don’t Think Drones Are A Danger To Planes? This Is How Much The Aviation World Disagrees With You]

There’s been much brouhaha over the past years about drone regulation and people seem to get especially defensive and frantic when the idea of drone-maker imposed restrictions via remote control are discussed, but frankly, trusting the average drone user not to breach the law could be costly. Not costly in the same way it could be costly riding a bike without a license can be, but hundreds of lives in the air and possibly more on the ground. The question is, what will it take for something like this to go through? How bad is the next accident going to have to be before meaningful restrictions occur?

Photography Gear | What Does Jessica Kobeissi Use For Her Photo Work & Vlogs?