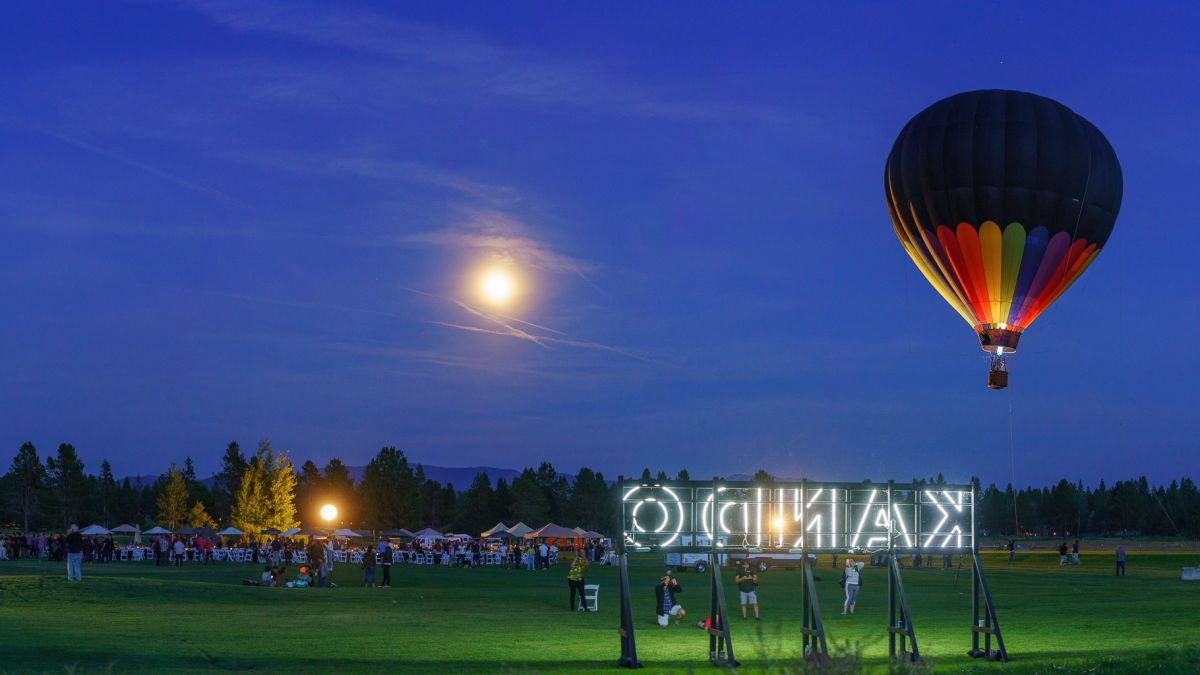 In recent photography news, (here, for example) we heard that that along with a few other names Nikon will likely not attend Photokina in 2020. For those of you kids who may never have heard of Photokina before, it’s a photo industry convention that is held every two years in Germany.

If you’re tempted to shout/cry that the sky is falling and Nikon is doomed, I’ve got two things to say: firstly, don’t worry, despite all the financial stuff in the news too, your Nikno cameras aren’t going anywhere. Nikon isn’t doomed, actually, it’s photography conferences in general that are actually in (a little bit of) decline.

It is the old-school camera industry marketing tactics that are really in trouble here.

For example, PMA, which was a similar type of trade show/convention in Las Vegas, made like the Beatles and disbanded sometime in 2014 or 2015, I believe. I mention PMA because Nikon also bailed on PMA (Vegas?) preemptively too, when the writing was on the wall, if I recall. (Correct me if I’m wrong!)

But I digress. Here’s the 2nd thing I have to say:

Conventions Are Not The Best Way To Reach Customers Anymore

Here’s an idea: take all that money you’re going to save by not attending a big trade show next year, and put it towards something that the current and future generations of photographers (customers) will ACTUALLY NOTICE: Host your own small event(s), a la “Kando Trip”. Invite your Ambassadors, heck, shamelessly invite a bunch of “influencers” etc too.
More importantly, allow even more photographers to attend, so they can mingle with the ambassadors and influencers, and create lots of “content” using your latest gear.
Lastly, offer a diverse range of workshop classes, from creativity to business to environmental and social issues. Why? Because simply put, it seems to be working for Sony.

May The Influence Be With You

Okay, now let’s “unpack” that bold, at least eye-rolling if not controversial statement. First, a few disclaimers: For one thing, I don’t even like the whole idea of “influencers”, let alone the idea of having them never having to pay for trips and things everywhere they go. Honestly, I avoid most of that type of content, because, you know, the FOMO is real.

Let’s be totally truthful here, though: Marketing is marketing. Promotion is how a company survives, and it’s always a moving target; every decade can be totally different from the last. And, like it or not, as we commence the 2020 decade, “influence” in many different forms is going to be the foremost marketing tactic.

I like to think that we’re all smart enough to see a duck if it looks like one and quacks like one. So, I don’t know about you, but I’m OK with the idea of a future powered by influencer marketing, instead of (or in addition to) traditional ad campaigns and trade shows…

On that note, I’ll tactlessly choose now to mention that I actually attended “Kando Trip 3.0” this year. I was totally surprised by the atmosphere of it all, the amazing people I met, and the things I was able to learn. I’ll save that story for another day, but suffice it to say that I totally expected it to be a kool-aid-drinking party, but it was the exact opposite- It was an amazing opportunity for personal creative growth and education.

One last disclaimer- I’m not a Sony owner, I don’t have any Sony cameras or lenses in my permanent collection. (Yet!) I’ve been a Nikon owner for nearly 20 years. Currently, I just enjoy figuring out how to use new camera gear. Everybody loves a challenge; my 2019 challenge was/is mastering all three of the top full-frame mirrorless systems so that I could give the fairest opinions on all of them to you, our readers.

Nikon School Is Great, Though Not Modern Enough?

Indeed, Nikon already has a very robust “Nikon School” workshop system, and it’s a very respectable learning environment that is likely very worth the investment to attendees. (I haven’t attended, I’m just going based on general opinion, and having met many people who’ve attended a workshop.)

They also host some press+influencer events, too, for their most important camera announcements. (Canon also does this, by the way; SLR Lounge attended the press release of the EOS R, and we were able to give feedback on the camera directly to their engineers, and chat candidly with their upper management!

Unfortunately, neither traditional workshops, nor traditional press events or trade shows, are the best way to reach the vast majority of future customers, let alone convince them to buy cameras and lenses.

Marketing And Social Media Got Married A Long Time Ago 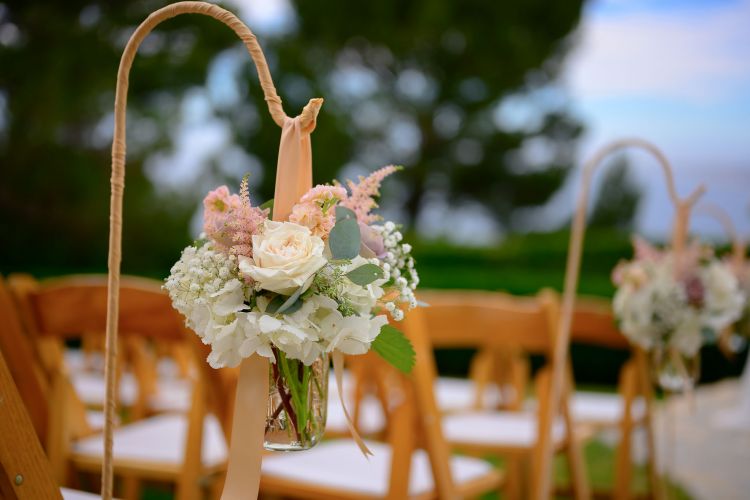 Many of us might not have attended the party, or even gotten an invitation, but social media and marketing got together many years ago.

In fact, the worlds of both online and direct marketing have changed drastically in the last decade, and they’ve done it at such a pace that the traditional tactics of marketing and education have not been able to keep up with.

The best way to sell cameras these days is to actually connect with the entire photography community, on a personal (or quasi-personal) level, through direct contact and through the vloggers and influencers. Then, take it one step further and actually help them improve their craft, expand their creativity, and gain technical mastery or grow their business, etc.

It sounds crazy to suggest that reaching (potentially) 200,000 people at a large trade show might be less advantageous to a global corporation, versus connecting with a mere ~200 photographers. But, if you don’t think “just” 200 photographers aren’t a powerful global asset, then you haven’t noticed just how much “influence” there is going around these days. A couple of hundred influencers can easily reach millions of eyes and ears. (Again, it seems to be working for Sony!)

This isn’t meant to be a Sony ad, so I’ll stop there. I’ll save my Kando Trip story for another day. I’m not exclusively a Sony fan, as I said earlier; I’m a fan of all camera systems, and I’m an even bigger fan of healthy competition in any market because that is what gets the best final products to consumers, at the best prices.

Do “they” have many of the best cameras and lenses around right now? Yes, you’d have to be blind not to see it. But I’m still in love with Nikon cameras in general, and I am also really excited about what Canon is doing these days too. It’s just a very exciting time to be a photographer and a gear nerd!

So, let’s get one thing straight- without great products, marketing is a sham. We don’t need to discuss that, although I’m sure some fankid can’t resist chiming in with “Sony isn’t doing well because of marketing hype, you idiot, they’re doing well because they make great cameras.” To that, I say, it will absolutely take BOTH.

(If you still don’t believe me, just ask Sony about Betamax.)

Can you Join A “Tribe” Without having to “Drink The Kool-Aid”? 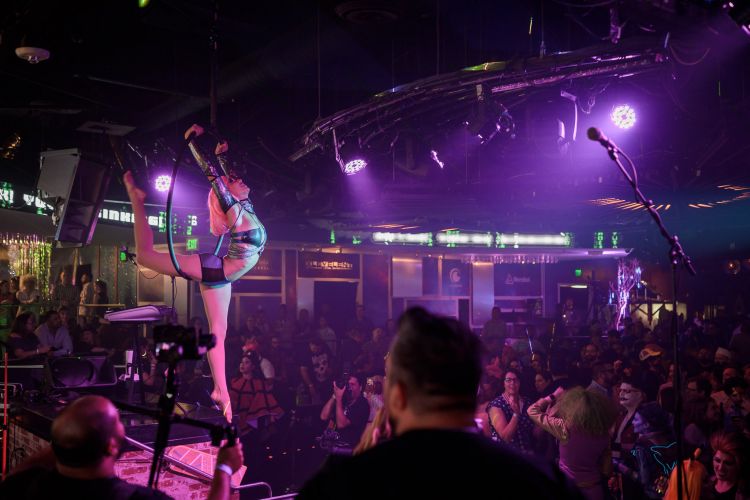 You’ve probably already heard the term “tribe” used in describing viral marketing tactics and other such things. But, can you be a part of that tribe vibe, without becoming blind to any shortcomings, drawbacks, or the basic facts of the matter?

Of course you can; how gullible do you think you are? Have a little more confidence in your ability to discern, and process information, folks.

I am a strong supporter of disclosure, of course, because flat-out lying to readers or viewers, or even intentionally allowing them to assume something unspoken but incorrect, is a great way to lose all credibility when your audience does eventually find out who is paying your bills.

However, I’m also a huge supporter of, “know thy competition.” Also, I’m a fan of predicting the future, just because it’s fun to see if predictions come true.

On that note, I predict that each of the three big mirrorless camera systems will be highly competitive and desirable within just a year or two. There’s only a few features left to add to existing Nikon (and Canon) camera bodies for them to be competitive (enough) with the current feature/specs leader.

Nikon could definitely use some more visibility, though, since they’re not serving the exotic, exciting f/1.2 primes and f/2 zooms that Canon’s RF mount is getting, and they’re not yet as feature-packed and high-performance as Sony’s A7-series and A9-series bodies are.

But, what Nikon does have going for them is a smartly designed, well-made new system, with a huge mount diameter that will make all sorts of incredible lenses possible in the future, from the ultra-sharp “modest” glass that we’re seeing right now in the f/1.8 primes and f/4 zooms, to the exotic f/2.8 zooms and f/1.2 primes. (f/2 ultra-wide zoom too, please!)

What is lacking is, that word-of-mouth marketing that Nikon used to benefit from back in the day when you actually went into a camera store and held all the cameras before deciding which one to buy. In those days, Nikon did great, because they made great cameras that were a delight to use for both beginners and pros alike.

So now, I think Nikon will do great if they can simply get enough visibility for their impressive Z-series bodies and lenses. Traditional marketing methods simply can’t capture and convey the personal experience of whether a camera feels effortless to use, or is highly frustrating.

But, vloggers, Instagram stories, and content from gear reviews to tutorials made in those formats CAN get that message across.

I know this may have been another one of my big, dumb, foot-in-mouth ideas, but I’m truly curious to hear YOUR take on the subject. What do YOU think about the current situation, with all of the significant changes to things like social media and press/marketing strategies, and how it relates to the future of large corporations in highly competitive markets, not just photography but anywhere?

I’m genuinely interested to know if other people think this is all just out-of-touch nonsense, if I just don’t know what I’m talking about, …or if this could actually be the future way that all large brands ensure their future profits and stability?