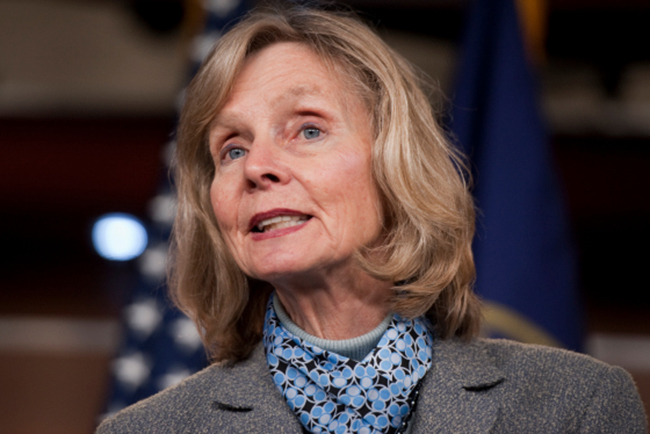 Marketing tends to aggregate truth with fiction, and present it as fact. It’s not enough to call it a blatant lie, but sometimes we pause and question the information being presented to us. When that information becomes ruinous to our society’s well being, we’re bound, eventually, to do something about it.

Republican Rep. Ileana Ros-Lethinen and Democratic Rep. Lois Capps are cooperating to emanate a bill which regulates excessive Photoshopping. The Bill is entitled H.R. 4341: Truth in Advertising Act of 2014, here’s an excerpt:

(a) In general not later than 18 months after the date of the enactment of this Act, the Federal Trade Commission shall submit to Congress a report that contains—

(1) a strategy to reduce the use, in advertising and other media for the promotion of commercial products, of images that have been altered to materially change the physical characteristics of the faces and bodies of the individuals depicted; and

(2) recommendations for an appropriate, risk-based regulatory framework with respect to such use.

Recently a group of lobbyists trekked to Washington to rally support for the bill. The Eating Disorders Coalition met with lawmakers to discuss the details of the Truth in Advertising bill, pointing out that fictional representation through Photoshopping causes our youths to alter their conscience regarding personal body image.

Lawmakers and Lobbyist aren’t the only ones joining the outcry. Several public figures, news agencies, and even advertisers themselves, are starting to speak out and change their marketing approach. The advance of  ‘real woman’ campaigns has spread, and has had a positive response. Recently, Lady Gaga criticized her own over Photoshopped images and more and more stars are becoming more vocal.

This is reminiscent of the Mad-Men like era of the past where cigarette ads altered our view of the health concerns associated with tobacco.

Just as with cigarette ads in the past, fashion ads portray a twisted, ideal image for young women. And they’re vulnerable. As sales go up, body image and confidence drops. – Lois Capps (D-Calif.)

As a runway fashion photographer, I’d have to agree with that quote. The image the fashion industry has presented to our youths has become unattainable to an unhealthy degree. Backstage I often see models too skinny to be healthy and the food trays and complimentary samples are often untouched. As a photographer in general, I often feel guilty for shaping my subjects with the perfect lighting, flattering them, and making them appear skinnier. I’m not quite sure if I should feel that way, but I do. When we start changing, shaping altering to a point that it’s unrealistic, and it’s starting to affect our young children, have we gone too far…?

Would appreciate your comments below.