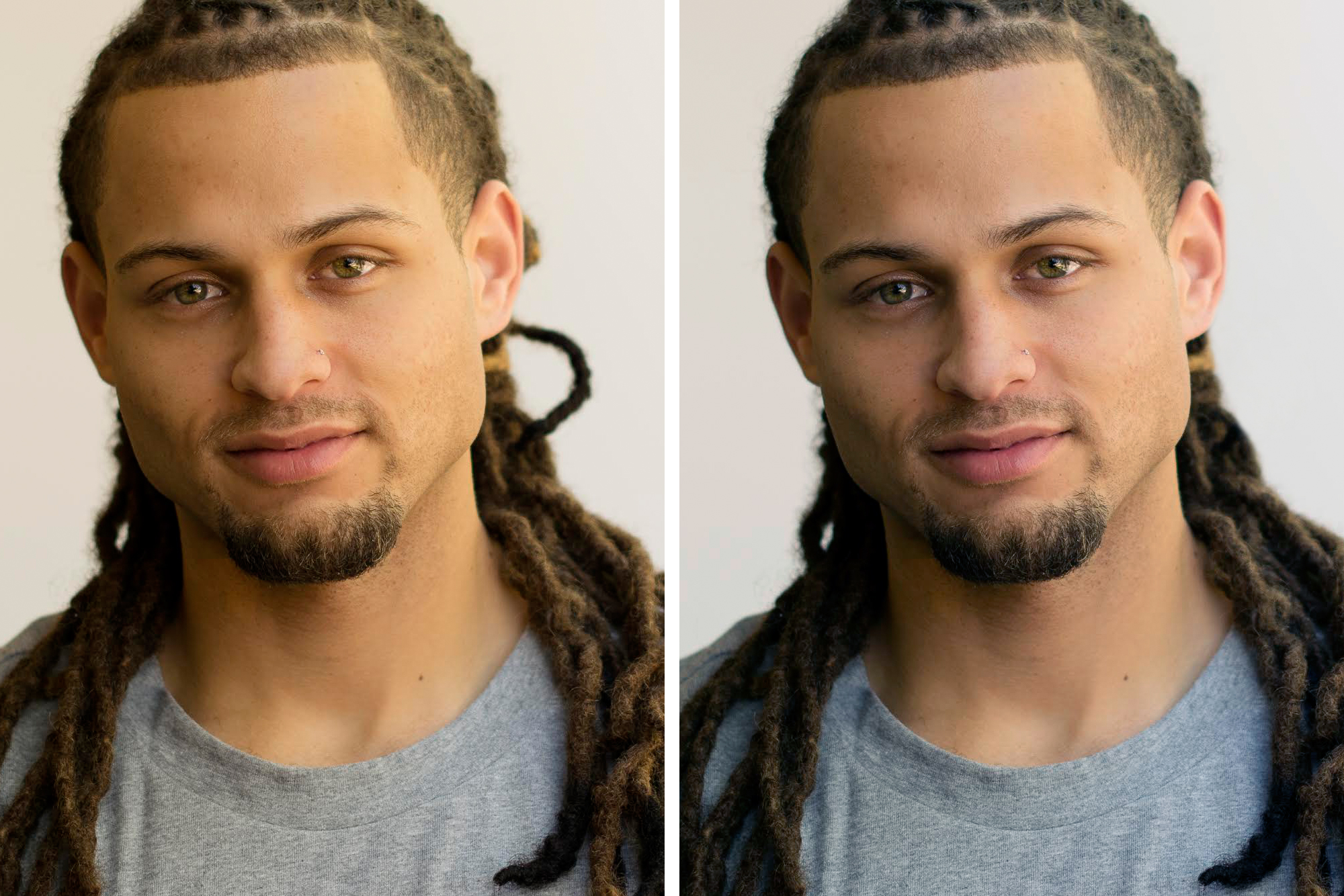 Last week I came across a photo by Adolfo Peñaloza in the Constructive Critique section of our website. It was a nice portrait and just needed some minor changes to polish it up. A couple things I suggested were to 1) Adjust the white balance, and 2) Remove the loop of hair that was distracting from his face. Adolfo replied saying he hadn’t yet learned how to remove items in Photoshop, so I suggested he send his photo to me and I’d post a tutorial showing him how to clone out hard-edged objects using the pen tool in Photoshop.

Learn How to Use the Pen Tool in Photoshop

There are multiple ways to remove objects in photoshop. I generally prefer the clone tool, but in this case, since the hair is next to the ear, it’s advantageous to make a selection around the adjacent objects before using the clone tool so you don’t end up with a soft edge around the ear or accidently take a chunk out of it, and the pen tool, with its large degree of precision, is ideal in these scenarios.

If you’re not familiar with how to use the pen tool, take a moment to watch the video tutorial below by Phlearn’s Aaron Nace, which was originally posted in the article HOW TO USE THE PEN TOOL IN PHOTOSHOP. You can find it at the foot of the article.

Don’t be discouraged if it feels uncomfortable at first. After years of creating digital illustrations as a graphic designer, it’s my favorite tool and it’s used the same exact way in Adobe Illustrator and InDesign.

After opening the file in Photoshop, duplicate the layer. This is a standard practice, just in case I need to go back to the original file for whatever reason and to work non-destructively. 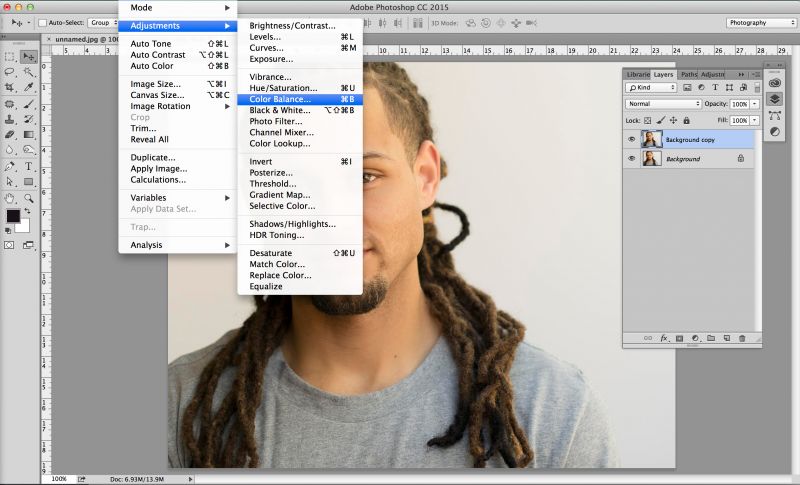 To adjust the white balance in this instance, I used the color balance dialog box found under Image > Adjustments > Color Balance. 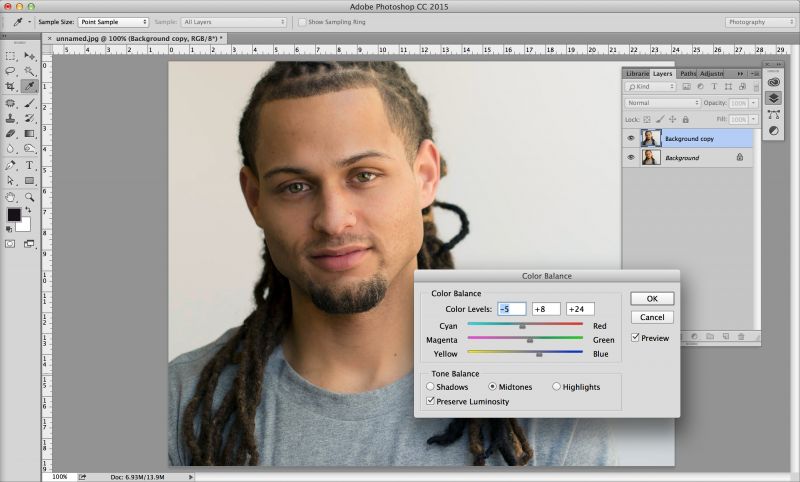 Using the sliders in the Color Balance dialog box, I cooled down the image a bit. It looked too yellow to me. Knowing a little about color theory can help you in this situation. As a general rule, if it looks too yellow, move the yellow/blue slider toward blue. If it then looks like it has too much magenta, move the magenta/green slider toward green. Learn more about color theory by clicking here.

Before you can clone out that loop of hair, I suggest you make a selection around that little piece of ear so you’ll end up with a nice even line. Here’s a step by step look at how to do it.
Note: There are numerous methods of object removal in Photoshop and you can see many of those here. 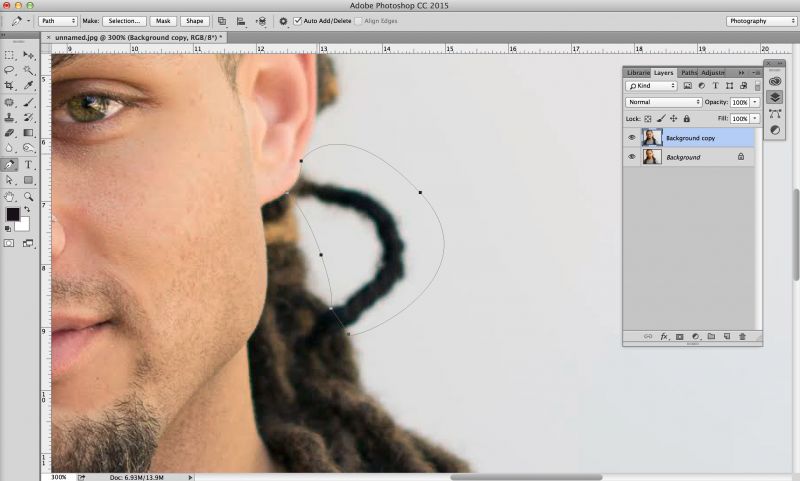 First, you need a clear view of the edges so zoom in on the area we’re going to make a selection around. Then, select the pen tool and start drawing. 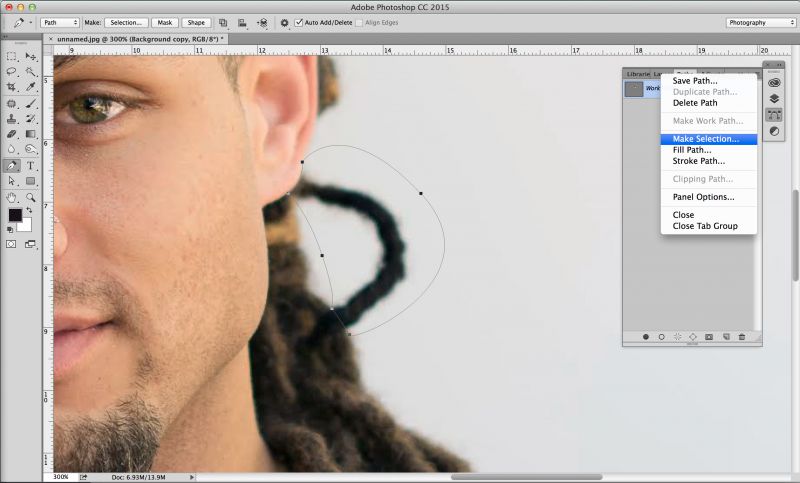 To make a selection quickly, go to the Paths palette and click on the little marching ants icon (third in from the left at the bottom of the Paths palette). In this case, the edge of the ear isn’t actually a super hard edge, like a piece of metal or glass would be, it’s actually a little soft, so we need to add some feathering to our selection. Click on Make Selection and another dialog box will pop up. 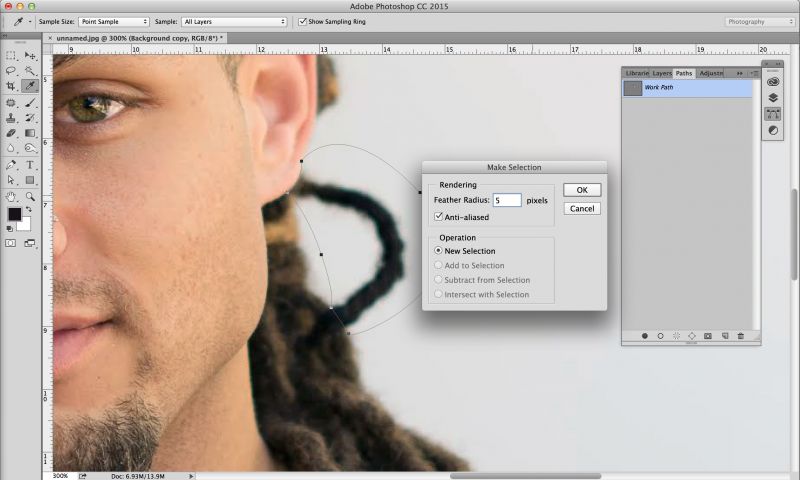 Depending on the pixel dimensions of your image, your pixel value for feathering will vary. You are looking for a number that provides something soft as the edge you’re dealing with. This can take a little experimentation but 5 pixels of feathering gave me just the right amount of softness in my selection.

Now w have our selection all ready to go so we can clone out that loop of hair without affecting the ear or that bottom section of hair. 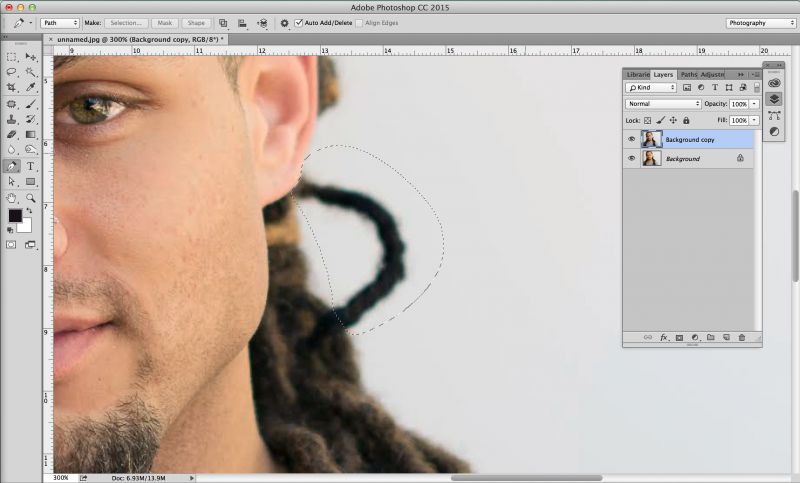 Cloning out the object

If you’ve never used the clone stamp tool, guess what? Phlearn has an awesome tutorial on that, too, and you can find it at the bottom of this article.

I’m using the default clone settings, and working directly on my copied layer. That’s just how I roll, though I think Aaron’s suggestion to work on a separate layer is great. 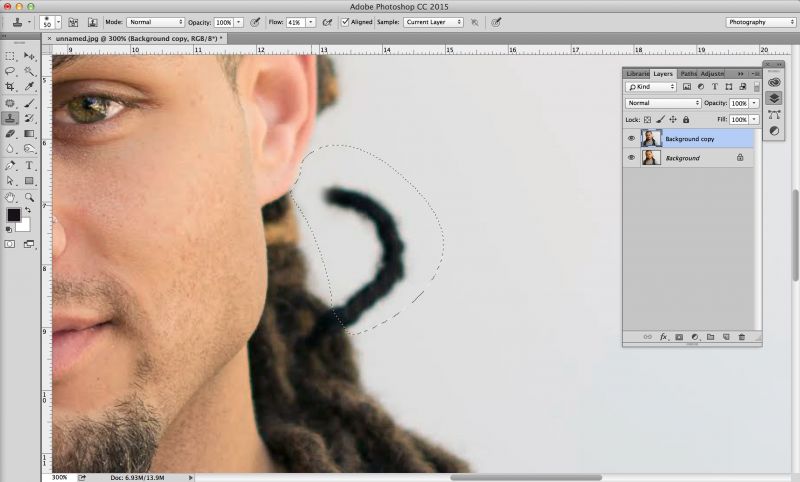 Because we’ve made a selection around the hair loop, the clone stamp tool will only work within that selection. Even if my brush goes over the ear it won’t damage it. Because the background here is fairly even, you can take your clone sample from almost anywhere nearby. I repeated the process to remove that secondary piece of hair behind the ear. 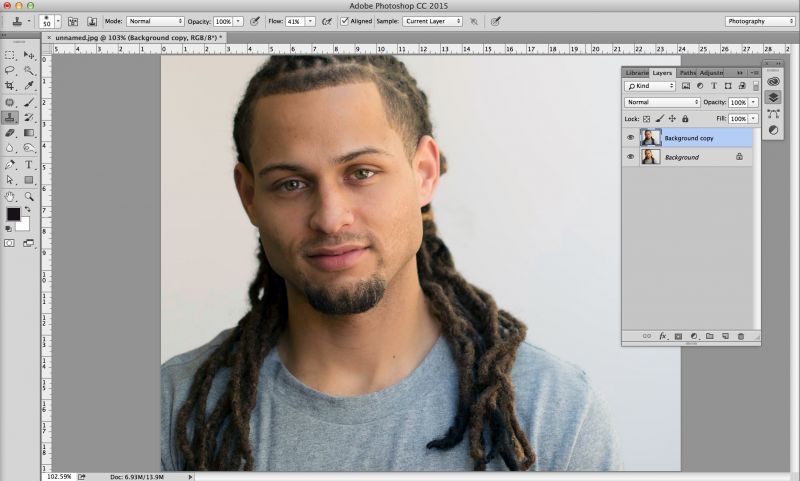 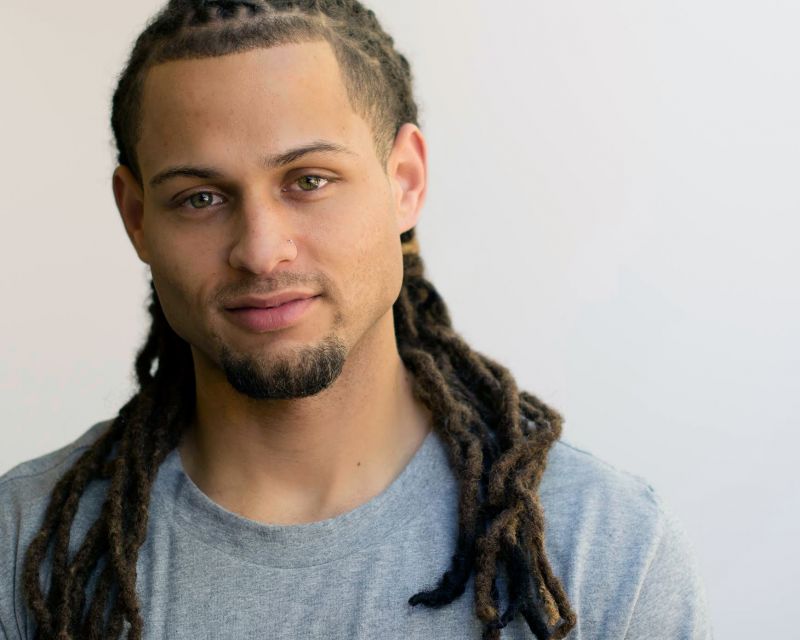 Ta-da! Here’s the finished image where you aren’t distracted away form the face. Using the pen and clone tool together to remove objects from your photos in Photoshop is such a useful skill for basic (and complicated) retouching. For more tutorials and tips for retouching in photoshop, check out the Photoshop 101 and 201 bundle in the SLR Lounge Store.

And don’t forget to upload your images to our Constructive Critique section. You never know what you’ll learn from getting feedback on your work. Thanks Adolfo Peñaloza for sharing your image with us.