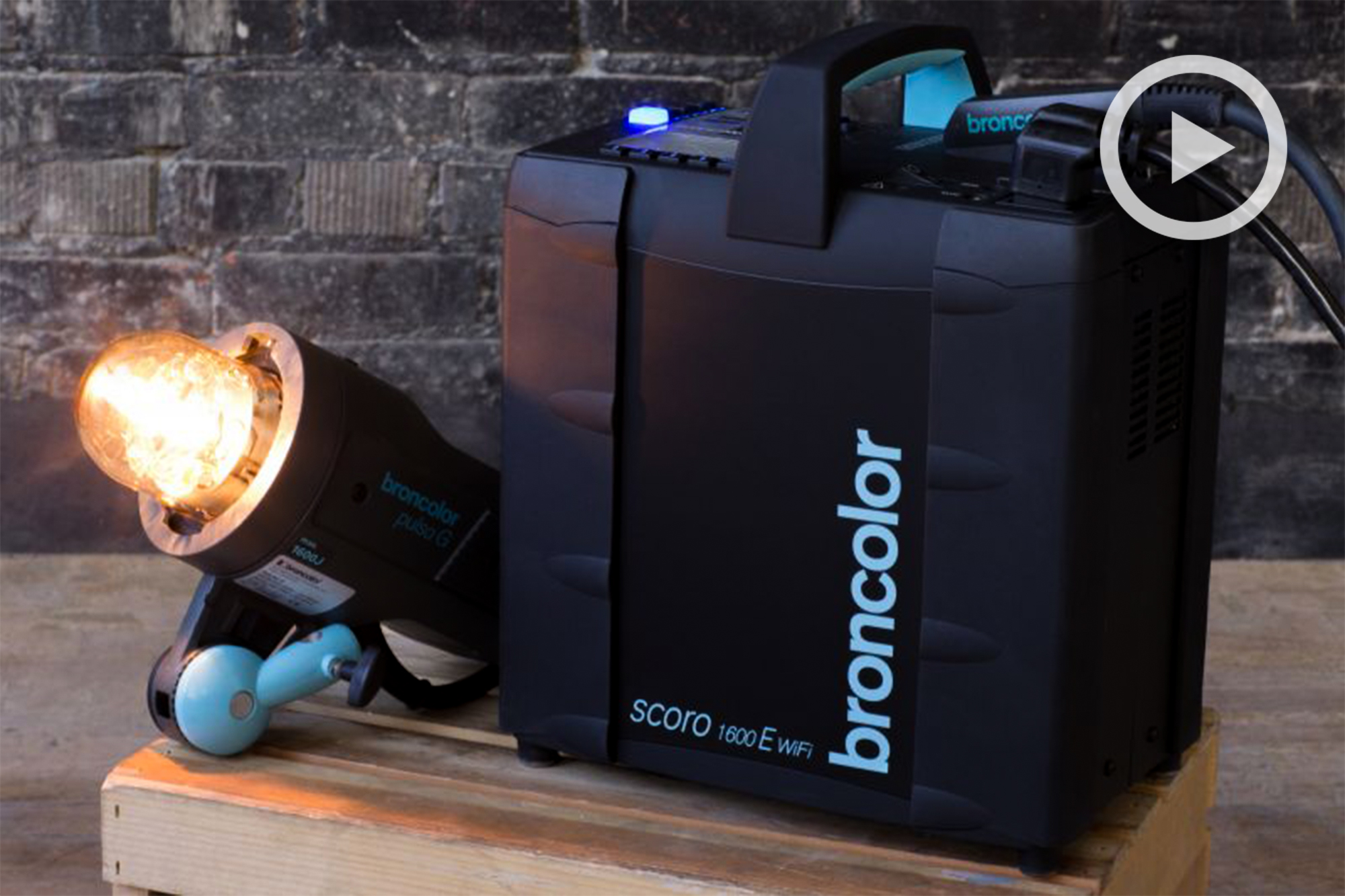 The increasing quality of cameras found in smartphones and the technological advances in lighting throughout the industry has made photography more accessible than ever before. This notion makes some uncomfortable while it empowers others, and here’s the thing: there is always room at the top if one is willing to put in the effort, and there is work for every level of one’s career throughout the journey. This mantra is on repeat for those that aspire to shatter their own glass ceiling by pushing beyond their comfort zone and desire to grow immensely as an artist.

Power packs are often championed as a more reliable, higher quality version of their ultra portable lighting counterparts and are often reserved for the demanding higher-end productions. Ranging from $750 to over $14,000 for the packs alone, this route of lighting is definitely more of an investment.

If this dollar amount feels like a sucker punch to the gut, there is always the option of renting the studio and accompanying equipment and there is an offering for every budget. The top studios and rental houses being booked for the large budget photoshoots undoubtedly use the best lighting gear that top lighting companies such as Broncolor and Profoto have to offer. 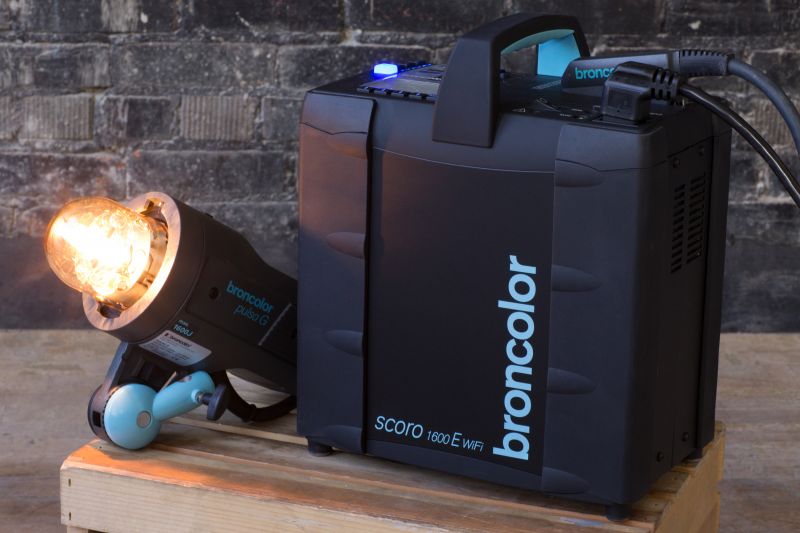 The Scoro pack is Broncolor’s flagship offering and the newest update brings Wi-Fi capabilities with an even more refined BronControl App. With a starting price tag of $7,039.30 for the Scoro 1600 E WiFi RFS-2 and an additional $2,293.20 for the 1600Ws G2 Pulso head, the Scoro lineup caters to a professional target-audience where speed, power and consistency are of the utmost importance, and the clientele commands it.

Broncolor did not compromise with the latest evolution of its premier lineup as evidenced by its all metal housing and smooth to the touch finishes. The Scoro is sleek and the prestige build quality is as rugged and durable as it is attractive.

The carrying case for the power pack and Pulso head was heavy to transport as a handheld item and it seems the best option would be to ship the equipment prior to any travel as it will not fit as a carry-on item. I found myself wishing the carrying case had wheels to accompany the handles as surely the gear would be moved around at least once in its lifetime. Alas, most major studios also utilize carts for this very reason.

Setting up the Scoro Wi-Fi
Having worked with Profoto’s Pro packs and knowing that some of the best features of the Scoro were used to create the impressive Siros L that we reviewed earlier this year, I was awaiting the opportunity to work with the highly anticipated Scoro pack.

The setup is as simple as plugging in the unit and attaching the lamp head, powering it on and shoot. Scoro is electronically compatible with most Broncolor lamp heads including the Pulso, Unilite and Picolite.

The power button is located on top of the pack and each lamp outlet has its own LED display that is individually and easily controlled by the buttons on the pack, the radio trigger, and through the BronControl App.

The pack boasts a range of 7 stops of power that can be adjusted by 1/10th or full stop increments by pressing and holding the arrow buttons. The Scoro comes with a built-in 801.11 b/g/n Wi-Fi network which makes it very convenient to use the downloadable BronControl App that can be used on a computer, tablet and smartphone.

Speed mode can be utilized by the ‘Menu’ button on the pack and allows up to 50 bursts per second at reduced power as well as 10 full-power bursts per second. Additionally, the various power options of the individual modeling lights can also be adjusted by using the menu buttons on top of the pack.

Shooting with the Scoro Wi-Fi
Working in the studio with the Scoro was efficient and the notorious color consistency that Broncolor is renowned for did not disappoint. Shooting fashion and beauty editorials, look books and e-commerce make the color consistency provided by the ECTC (Enhanced Color Temperature Control) a top priority for many fashion and beauty photographers as it cuts down on precious editing time that could be better spent elsewhere.

Any color shifts were marginal and within 25k which instills a confidence during the shoot as well as puts the client’s mind at ease if and when they are on set as they can witness every shot for every look invariably unfold.

The recycle time is equally as impressive and ranges from 0.06s to 1.4s while the S version has the fastest recycling time of any unit on the market at 0.02s.

The Scoro has the ability to sync at 1/8000th of a second and this is a main attraction for many shooters that allows to freeze motion and other creative shooting techniques, however, it should be noted that as of right now HS is unavailable for Sony, Canon and Nikon. Broncolor has assured that an update is coming to the RFS 2.1 transceiver in the very near future to rectify this and will also come with other new features.

The Para 88 and Puslo lamp head combo was chosen for the majority of the work and the Para 88 is worth its own review – it is simply incredible and the modifier epitomizes the sheer notion that you get what you pay for. The versatility of the Para 88 allows the light to be placed in different locations and can create sharp contrast as well as a softer light that gently envelops the subject with the help of the focusing rod.

A fun side note with the Paras is that the subject’s voice will sound tinny and hollowed when they are in the correct placement in front of the modifier.

The featherlight Picolite was also on hand, and paired with the fresnel and barn doors attachments, the 1600Ws Picolite was a pleasant surprise and it definitely has the ability to provide creative spotlight as well as to light the entire subject.

Knowing that this workhorse would surpass most photographers’ checklists in the studio, the Scoro was taken to an outdoors setting in the sweltering heat for a fashion editorial in Elegant Magazine.

The Scoro adorned with the Pulso and Para 88 was simple enough for my assistant, Gary, and I to move around on our own without getting worn out. The sheer girth of the Para 88 required the light to be manned and the combination of the BronControl App and RFS 2.1 transceiver made the overall experience even more user friendly by enabling a speedy change of the power settings without having to change positions.

This past summer and fall yielded one of the worst fire seasons on record and the thought of manipulating the orange hues and using the tones to an advantage was overwhelming.

The 1600Ws and standard 5500k color temperature was used as a means to compliment the existing light and left the option of completely overpowering the sun if one desired. The Scoro pack met the challenge head-on; it didn’t miss a beat and never once did it feel like it was overheating or going to malfunction in the extreme heat during the eight hour ordeal. Not to mention the fiery haze wasn’t even an issue in post production.

Even though this unit is designed primarily with the studio in mind, it is built to withstand some of the outdoor elements so long as there is a power outlet and proper care is exercised as it isn’t fully weatherproof. Combine that with Broncolor’s lineup of lighting modifiers, particularly the Paras, and it makes for a very versatile, viable and desirable option.

Would I recommend the Scoro Wi-Fi?
If finances were a non-issue this gear would come highly recommended to any photographer whose core beliefs and concerns align with creating images that make use of some of the best lighting equipment that money can buy. The Broncolor Scoro 1600 E Wi-Fi is a prestigious piece of gear that is accompanied by a price tag of a luxury item, and the prices of the 3200Ws and ‘S’ versions with the third outlet are even steeper.

It was created with a very specific audience in mind – the professional working photographer that works frequently on high-end productions and has a clientele that demands consistency, power and speed. They must also have an income that substantiates the ticket price or simply possess extra cash to spend as desired.

This gear is not a prerequisite to enter the industry and the caveat of costs associated with using it will most likely be a deal breaker for those who can’t afford to buy the power pack outright or have the means to finance it, and at the same time it sets a future goal to be attained. 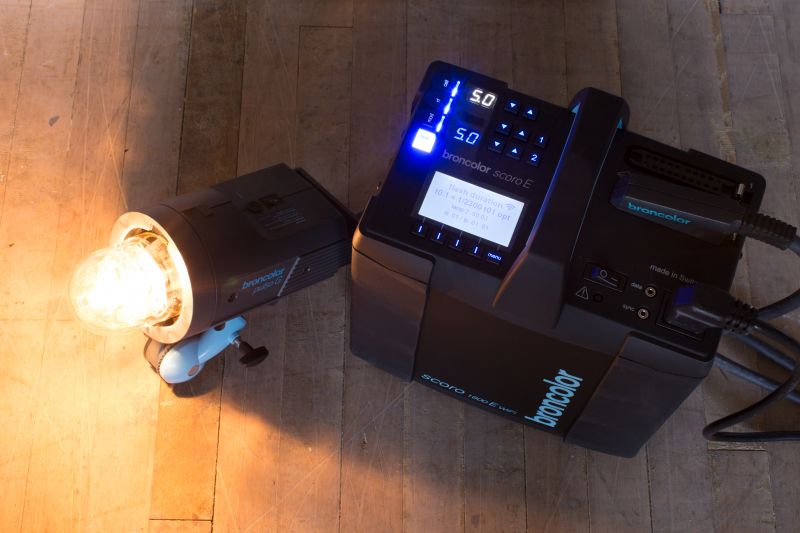 The pack is priced at $7,039.30 for the power pack, $2,293.20 for the Pulso lamp head and an additional $177.30 for the transceiver making the grand total of the initial investment nearly $10,000 prior to adding on any additional lighting modifiers. The Para 88 reflector kit with focusing rod is an additional $3,273.20 and comes with a 5 star rating across most photography gear sites. All in all, the Scoro range is priced competitively with other companies such as Profoto and their Pro Packs.

The Scoro 1600 E Wi-Fi does have a few areas that could be improved upon. The weight of the power pack and lamp head(s) is cumbersome when being transported in the case provided and the Broncolor product line requires top of the line gear to support it. The mass of the equipment and their transport cases make it expensive to travel with and shipping may be the most cost effective. Even though this pack is seemingly most suitable for a controlled environment it isn’t relegated to the confines of  a studio and it would be nice to have an option with wheels for transport.

The 1/8000s HS feature is currently unavailable for Canon, Nikon and Sony with the RFS 2.1 transceiver and Broncolor states that there is an update in the works. Unlike the ‘S’ models, the ‘E’ version does not have the ability to change the color temperature in intervals of +/- 200k. While the ability to change the color temperature sans the need of gels is convenient, it really is more of a luxury and the factory set 5500k is ideal to work with.

Since their inception, Broncolor has become synonymous with color consistency, speed and power with a quality that is not easily rivaled while continually raising the barre. The company knows how to make efficient, attractive gear and continues to innovate and inspire the photography community with educational workshops as well as providing hands-on experiences with new equipment.  The Scoro Wi-Fi 1600 E is an impressive piece of gear and solid investment that any e-commerce, fashion/beauty, product and advertising, or studio photographer would be fortunate to have in their studio .

Broncolor does have several financing options and rentals make working with top of the line gear a reality for those where financing and/or purchasing is simply out of reach. Keep in mind that the Broncolor Siros L 800Ws and 400Ws are also incredibly adept units for a fraction of the price. It is also worth frequently checking Broncolor’s certified pre-owned list for quality used gear at a reduced price.