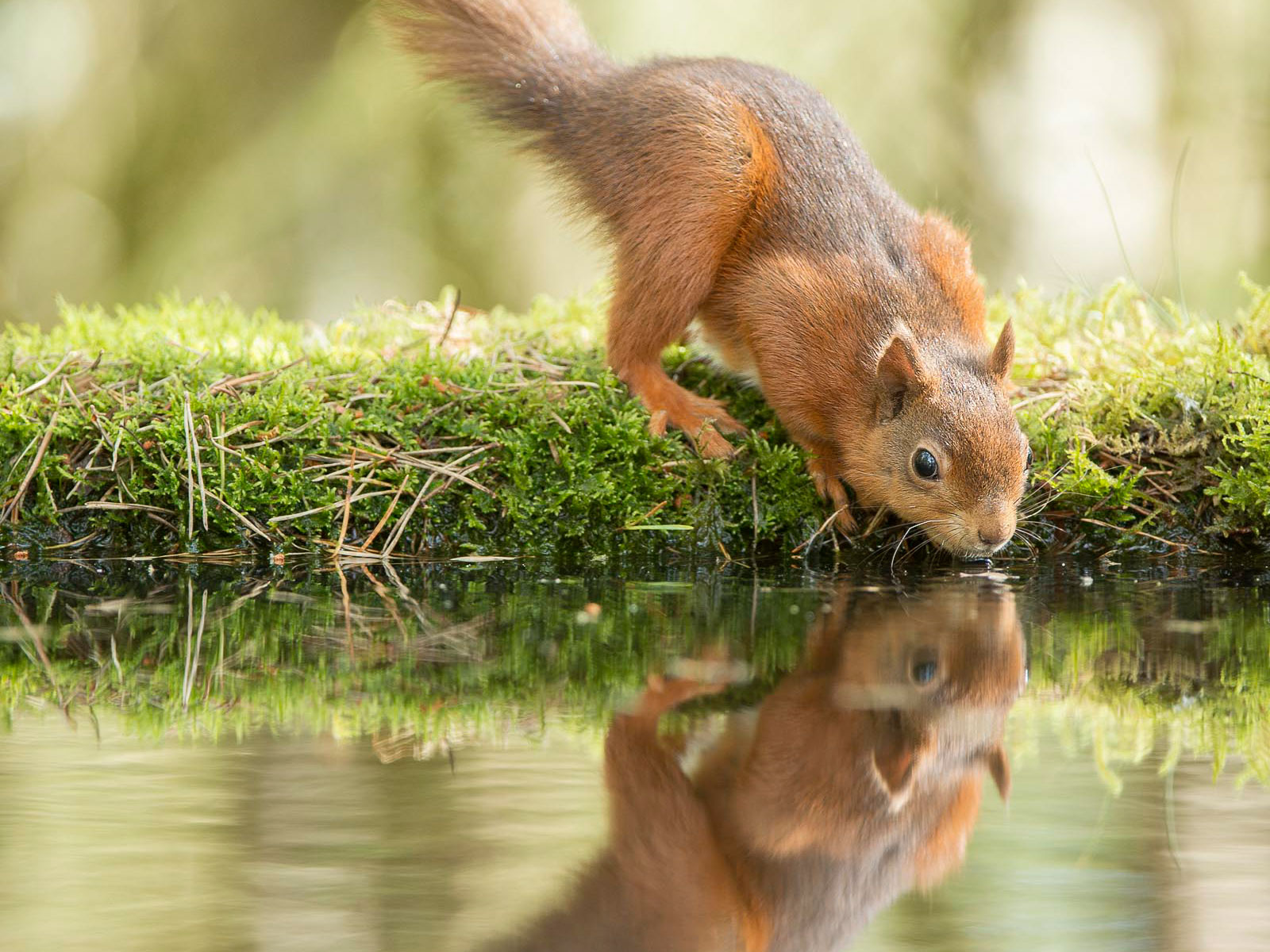 Wildlife Photography: Drinking Red Squirrel [How I Shot It]

I spend a lot of time photographing red squirrels; they’re definitely my favorite animal to capture on camera. They each have their own characters, and it’s always exciting to photograph wildlife. The red squirrel (Sciurus vulgaris) is actually endangered in the United Kingdom, and for that reason, they are quite hard to come across, let alone photograph! Luckily for me, I live in an area where we still have this wonderful creature, and I can spend many hours studying them.

Most of a squirrel’s water intake comes from the moisture in its food, so seeing them drinking is a relatively rare event. Nevertheless, I wanted to capture this behavior on camera with a beautiful reflection beneath.

To achieve this shot, I needed to build a reflection pool. After all, this shot wouldn’t work with a puddle! The pool needed to be raised to a point where I could have it level with my camera. It needed to be sufficiently long to allow for the full reflection to appear when using a telephoto lens.

I built the pool 3 meters long and 2 meters wide. First, I built a wooden frame and put four wooden stakes into the ground within the border as shown below. The frame was drilled into the stakes at multiple points. 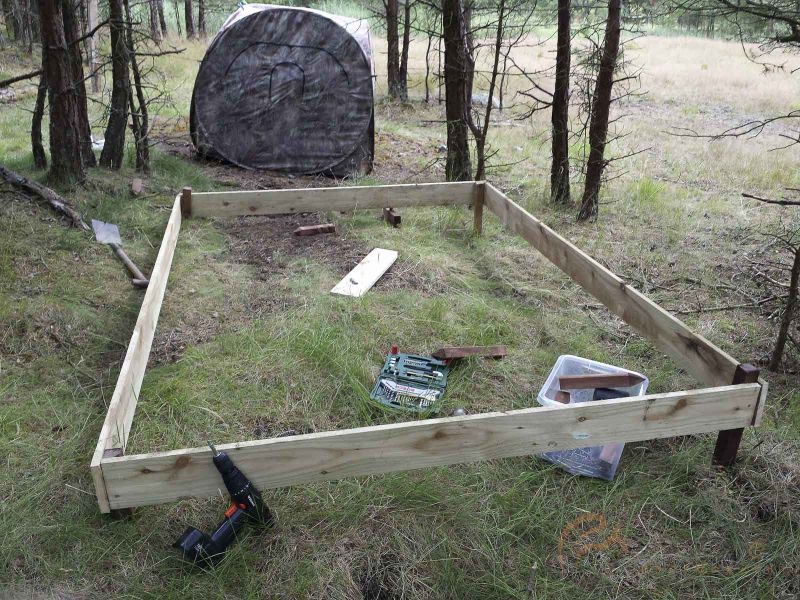 I then placed more stakes on the outsides of the frame to stop it from bending outwards from the weight of the water. I used about 150 kilograms of ‘sharp sand’ to level the ground, too. The sharp sand sticks together and won’t slide around like normal sand would.

I then bought a pond liner, for about $130 USD, and lined the frame with it. I used pin tacks to hold it to the outside of the frame. Don’t put these tacks on the inside or you’ll cause leaks. 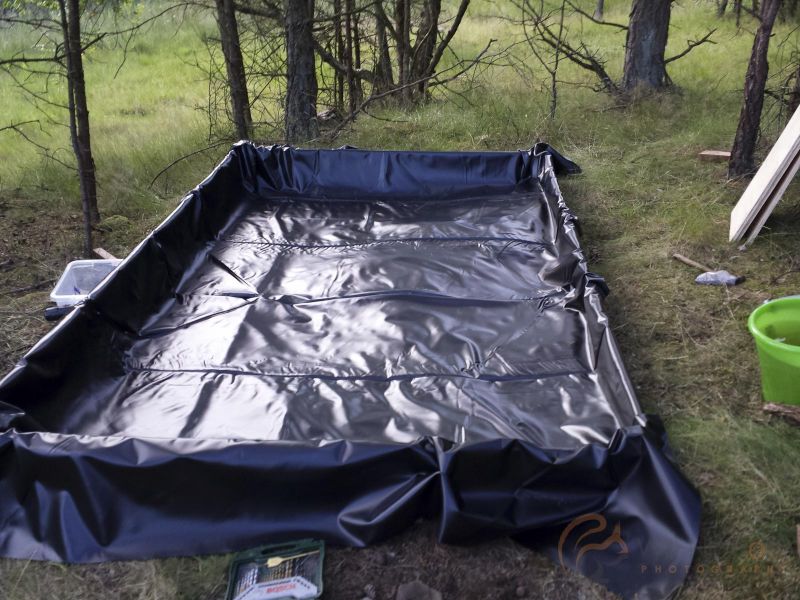 I mounted another wooden board at the back of the pool out of sight that the squirrel could sit on. I lined this with mosses and grass to keep it natural, disguising the black lining of the pool.

Then I had the problem of filling it up. I quickly realised that there were, of course, no water pipes in a forest! So I used that green bucket on the side to fill the pool from the nearby stream. This took a long time. I was working for hours each day over the weekend to fill it, but finally, I managed to.

Like with all wildlife, it was then just a waiting game. I placed a few hazelnuts (the squirrels’ favorite food) at the edge of the pool and sat still hiding for hours.

Soon enough, a squirrel appeared and began to investigate the new pool. She hopped up onto the ledge and began to sniff around. To my amazement she instantly went to drink from the pool – it just shows that given a water supply, they will take advantage of it.

I fired off a string of shots, ensuring that I kept the ‘real’ tail and reflected tail in the frame (they are easy to chop off in the composition). 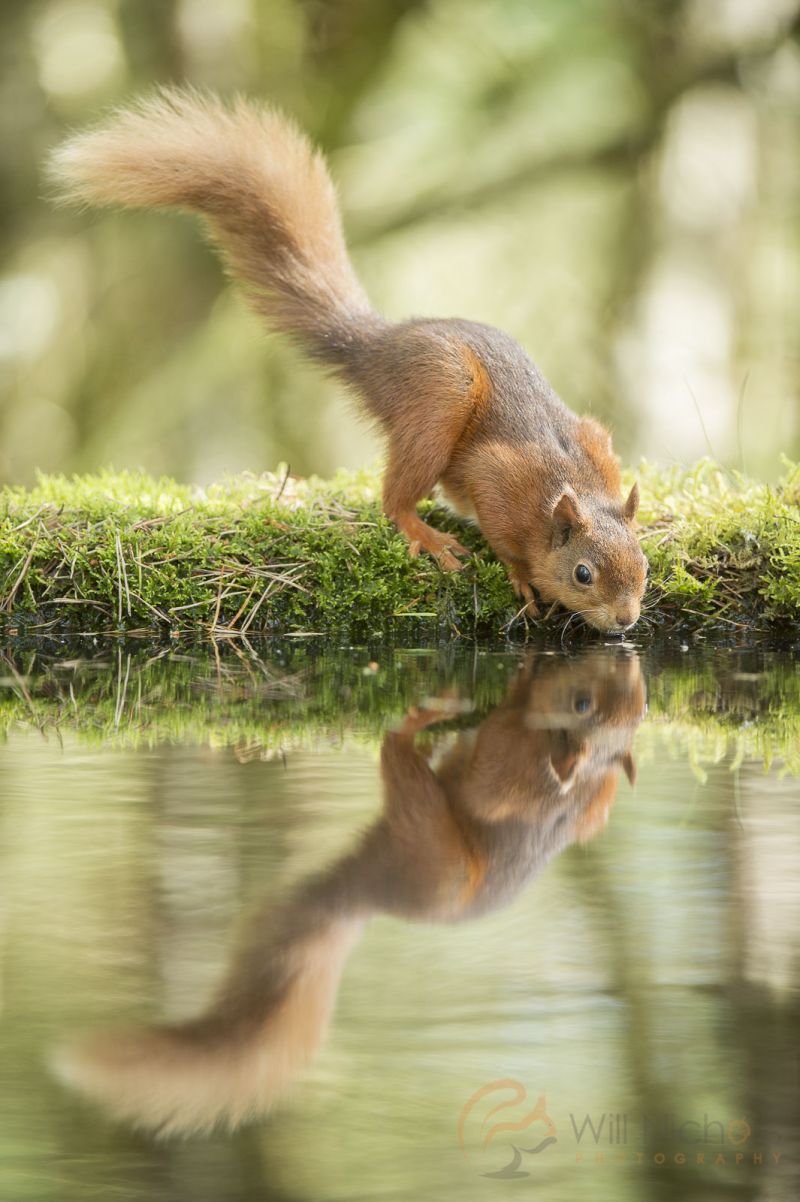 I shot this using a Nikon D4 and Nikkor 200-400mm f/4 VR II lens. I also used a photography blind to conceal myself, and a tripod with a gimbal head to support the weight of the lens.

Editing to this photo was minimal. Some simple levels adjustments and a bit of sharpening were undertaken, and I did actually flip the photo horizontally. It just felt better with the squirrel facing to the right and not the left.

Thinking outside the box in wildlife photography is a great way to capture unique images. While the ‘reflection pool’ is now a popular technique amongst wildlife photographers, there are still plenty of things that can be done and have yet to be tried if you are brave and experiment!

MagBeam By MagMod | First Impressions Of The New Kickstarter Project 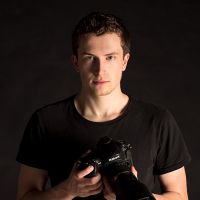