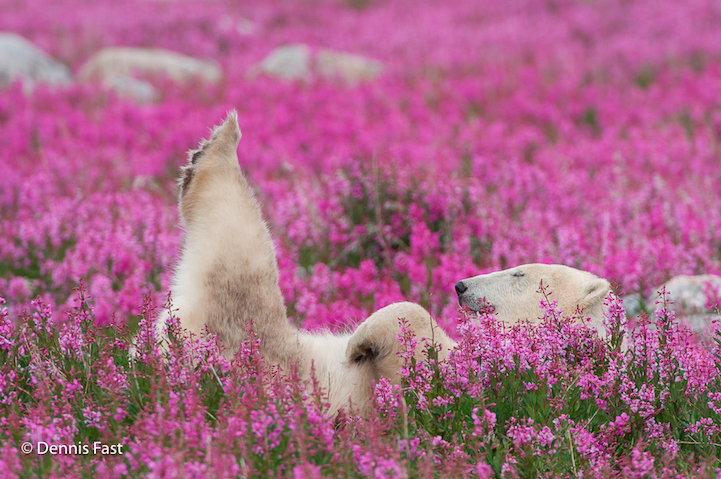 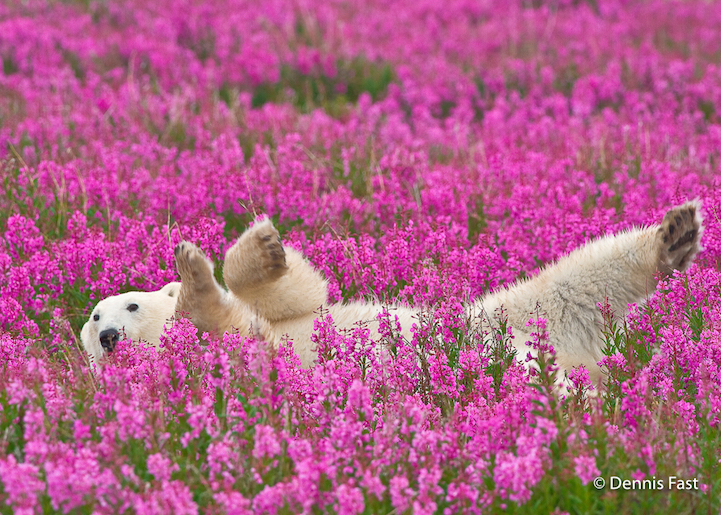 Before LOST, I never knew polar bears could exist outside of the Arctic or Sea World. I also thought they were fluffy and sweet and cuddly (clearly, I knew nothing about bears), and not one of the most dangerous creatures in the world. Because polar bears are extremely inquisitive, great care and precaution needs to be taken when photographing them. They are playful creatures when relaxed and will frolic on shore playing, snoozing, and exploring in fields.

Retired educator and wildlife photographer Dennis Fast from Manitoba, Canada is a polar bear guide with Churchill Wild and a few years ago, he decided he wanted to photograph the polar bears on an off-shore island in Hudson Bay. Logistically, the planning and coming together of the shoot took a few years to plan. Trying to get a camp set up with the proper protection is no easy feat. A temporary chain link fence was set up around their small camp as well as an additional perimeter fence with 5 strands of electric wire to provide added safety until the polar bears got used to the outside guests. Once the bears were comfortable, the guests were able to safely walk fairly close to the bears but no closer than 50 meters.

[REWIND: WILDLIFE PHOTOGRAPHER OF THE YEAR COMES FACE TO FACE WITH A POLAR BEAR] 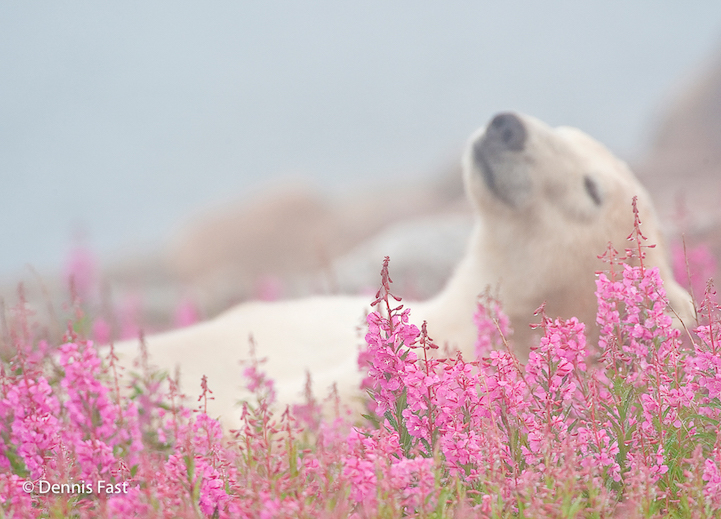 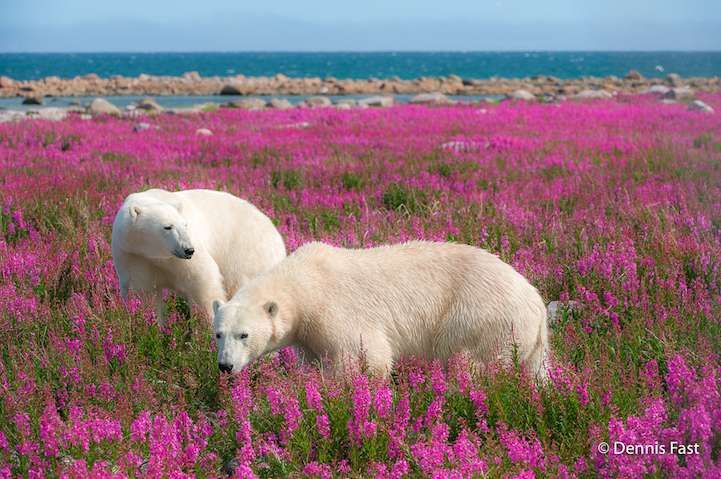 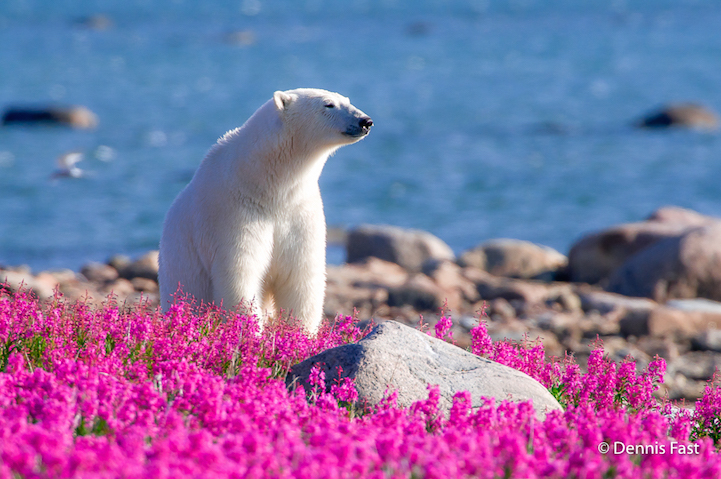 The following images of polar bears playing in a field of fireweed flowers are just a few of the images in a series of wildlife in different habitats as photographed by Fast. Photographing polar bears and animals in all seasons and settings, Fast hopes to “inspire people to appreciate them, their habitat, and their changing resources.”

His work can be seen on his website, as well as in his latest books, Touch of the Arctic and Princess, a children’s book; both which aim to “create awareness about the fragility of our planet and its wildlife and the need to preserve it for future generations.” 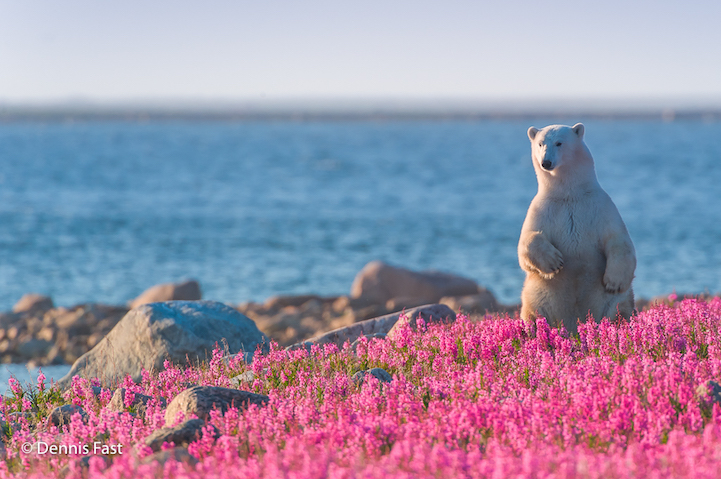 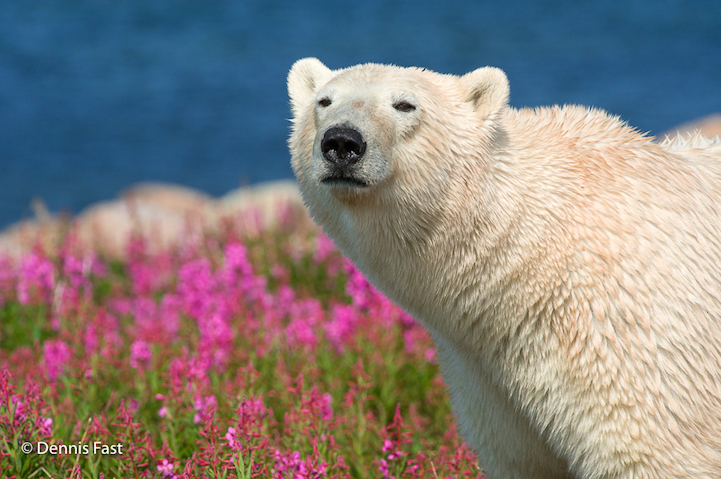 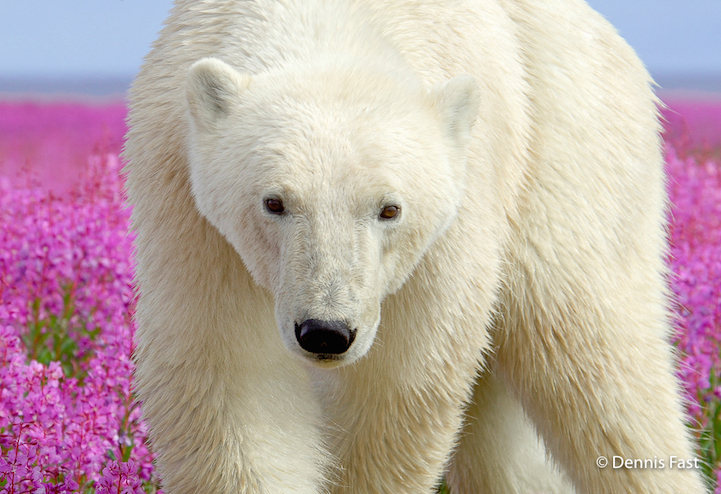 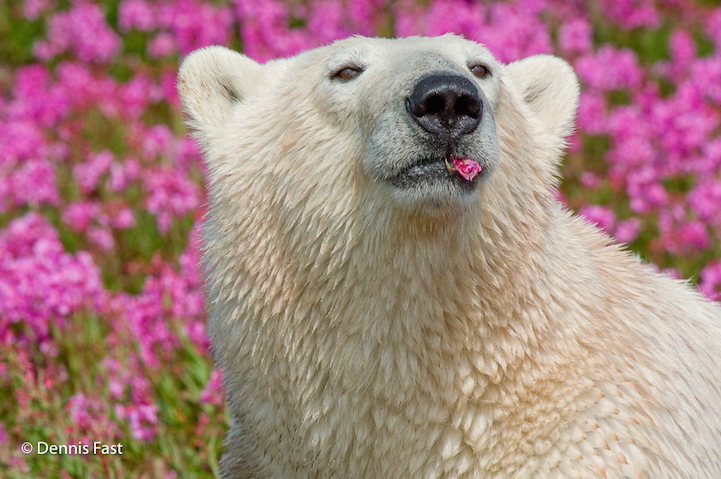 CREDITS: All photographs by Dennis Fast are copyrighted and have been used with permission for SLR Lounge. Do not copy, modify or re-post this article or images without express permission from SLR Lounge and the artist.

Make A Professional Impression With A Free Email Signature From Wisestamp