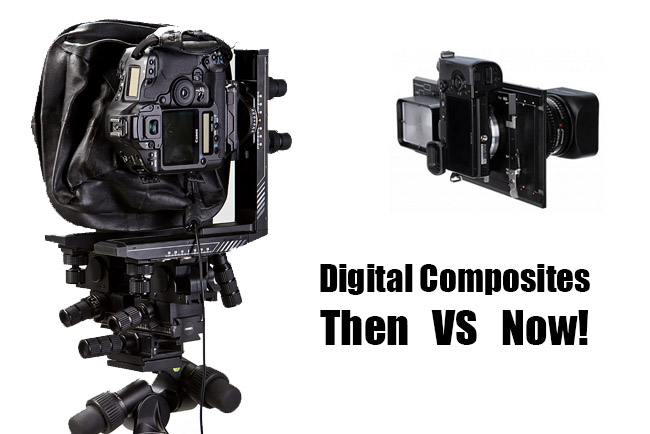 Well folks, Mirrorless has done it again.  It has taken a digital photography concept that used to be obscenely large, heavy, and expensive, …and miniaturized it for just $499. 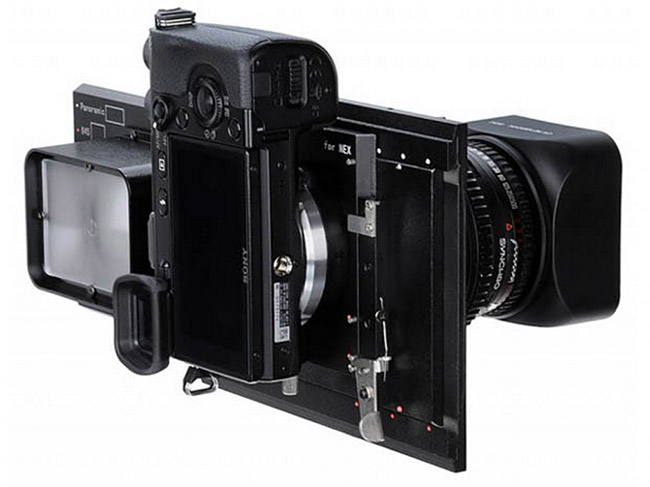 The Rhino Cam is a pretty awesome concept-  Take a tiny little camera such as the Sony NEX mirrorless compact system, and combine it with a “huge” lens, in this case a medium format lens such as from the Pentax and Mamiya 645 systems, or the Hasselblad system.  With simple yet precise physical alignment, the mirrorless sensor can move around the MF lens’ field of view, just like moving around on the ground glass of a large format camera.  Combine the images in post-production, and you have a ~140 megapixel image with incredible quality!  All you need is a Sony NEX camera, an old medium format lens, and some adapters… 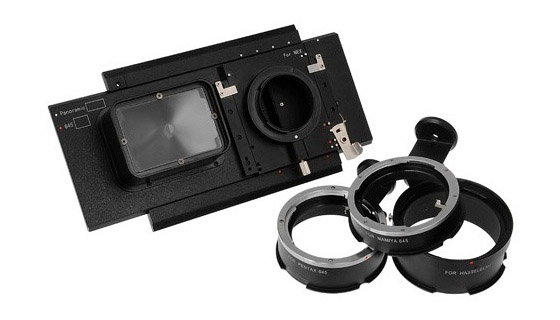 Speaking of large format cameras, though, this concept is definitely nothing new.  As I mentioned, the Rhino Cam is simply taking a pre-existing concept in digital photography, and making it smaller.  What am I talking about?  Well just a few years ago, a similar concept was born and it looked like this: 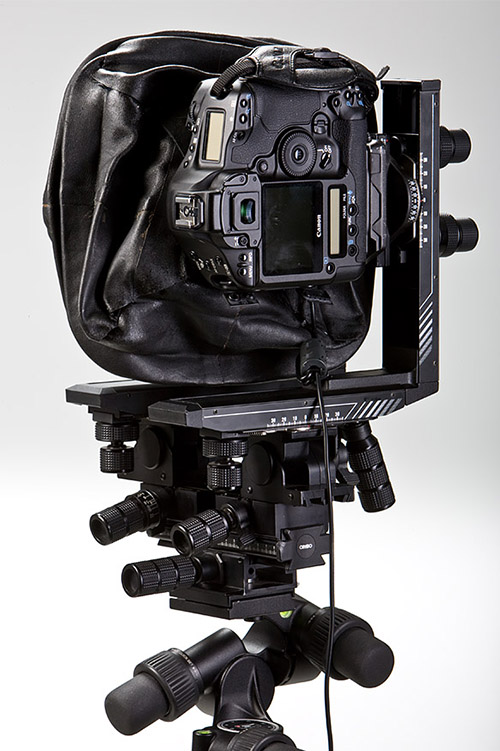 Yikes!  That’s a lot of equipment, just to get a digital image from a 4×5 view camera system.  And it wasn’t cheap back then, either.  A 1Ds series Canon DSLR usually MSRP’d for $8,000, and a view camera plus lenses often sold for thousands of dollars as well.  Admittedly, a full-frame DSLR sensor on a 4×5 view camera system may still offer even better results than a crop sensor mounted on medium format lenses, but still, this kind of “digital progress” is really awesome!

Now, the Rhino Cam is selling for just $499, and 645 medium format lenses can often be found for just a few hundred dollars as well.  An incredible feat, considering that the resulting images are equivalent to using a sensor that is roughly three times larger than a 35mm full-frame DSLR sensor, and even larger than most medium format digital sensors.  (Many of which cost tens of thousands of dollars!)

Is this concept perfect?  Obviously not;  it is a composite-stitching concept, which really only works in landscape, architectural, and other still-life situations. You would be hard pressed to use this setup on an editorial / fashion photo shoot, unlike a medium format digital camera which captures single frames at extremely high resolutions.  (Such as 80 megapixels!)

But still, landscape and similar types of photographers will be very excited about such a concept-  many are already using complicated tripod panning systems to do the same thing with their DSLR for ultra-high-res images.  It is always a struggle to find your “nodal point”, to minimize errors in the post-production stitching process.  Well, with a system like the Rhino Cam, you aren’t actually doing any panning or tilting.  You simply shift the sensor around on the same exact plane.  So as long as your subject isn’t moving, the stitching process becomes a breeze!

Either way, this is a very exciting new development, and I am very, very interested in seeing where it can take us…

The Rhino Cam is available from Fotodioxpro.com for $499, however at the time this was published it has come to our attention that their site may be currently down.  So you may want to wait and check back later.

Facebook Image Quality got you down? That may soon change….

Infographic | How Many Megapixels Does My Phone Really Need?