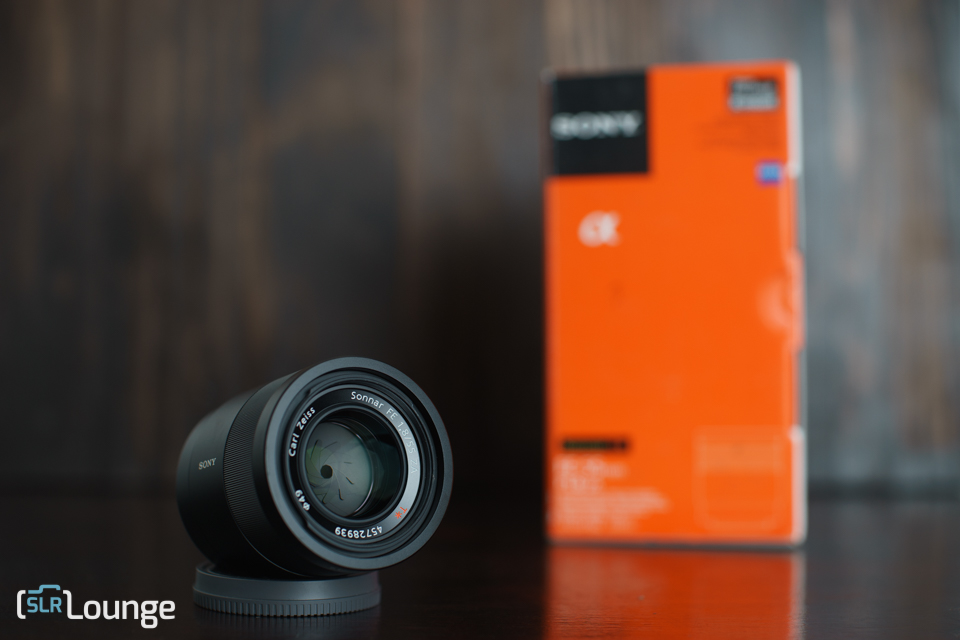 I must admit, trying to find some good native fast primes for my new Sony A7 II has been a bit of a pain. One of the best options available currently, in the native FE mount, is the Zeiss 55mm F/1.8 ZA lens, but running at $1,000, I was pretty skeptical.

But, being a curious guy, I figured I would give the lens a shot. I just received the lens a couple of days ago, so I wanted to jump on and share some of my thoughts on it. For more details, keep reading, but in short – THIS LENS IS BLOWING MY MIND.

First off, not only does this lens look incredibly sexy on the Sony A7 II, but it is super light weight and feels wonderful. The focus ring has a great look, and it has to be one of the best feeling mirrorless lenses I have used when we are talking about manual focus. 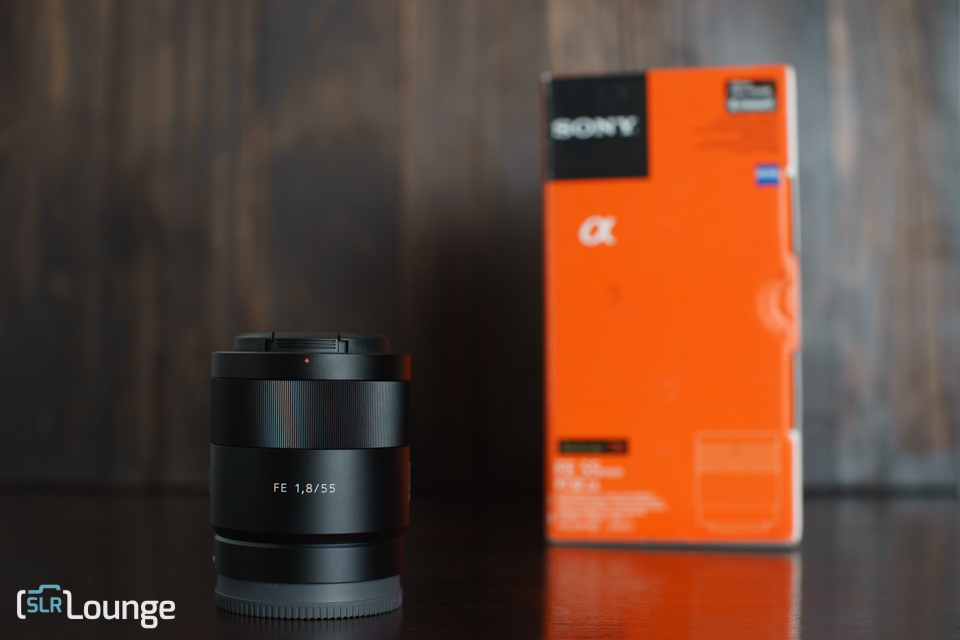 I was honestly not expecting to like this lens as much as I do. Most 50mm F/1.8 lenses on the market are entry level lenses, in the $100-$200 range, with decent to good image quality depending on your use.

The answer to that, at least in my preliminary testing, is a resounding yes. 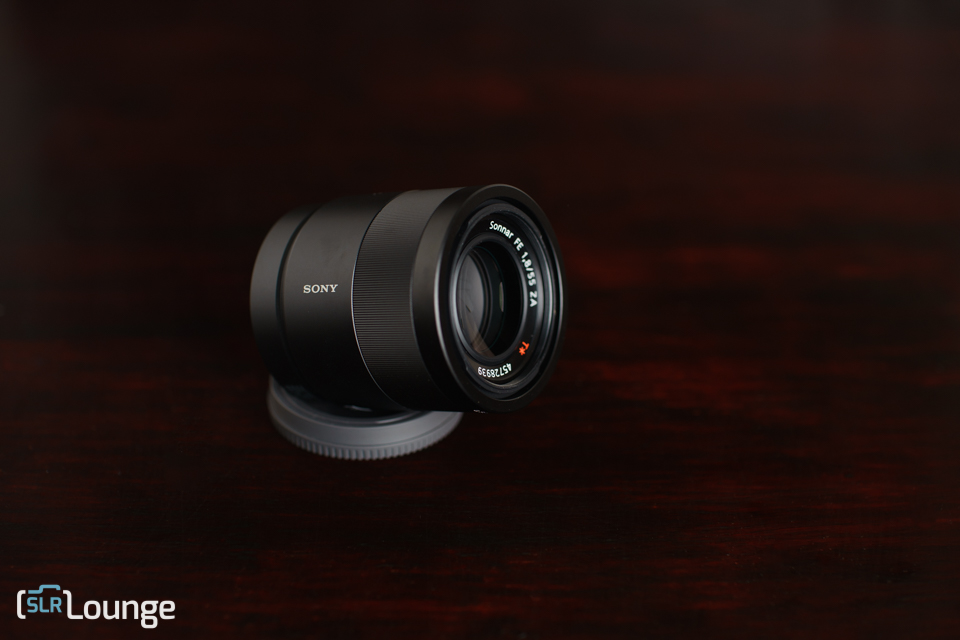 I tested the 55mm Zeiss against my amazing vintage 50mm F/1.2L, a comparison that I was not expecting would go well for the Zeiss. Despite being older than I am, I absolutely love my Canon FD 50mm F/1.2L and the images/image quality I can get out of it.

In my preliminary test, I shot both lenses at F/2 (an advantage for the Canon stopping down multiple clicks vs. being virtually wide open on the Zeiss), 1/250th, and ISO 800. In the center of the frame, the lenses were nearly identical in their performance, with maybe a very slight edge to the Canon FD Lens. 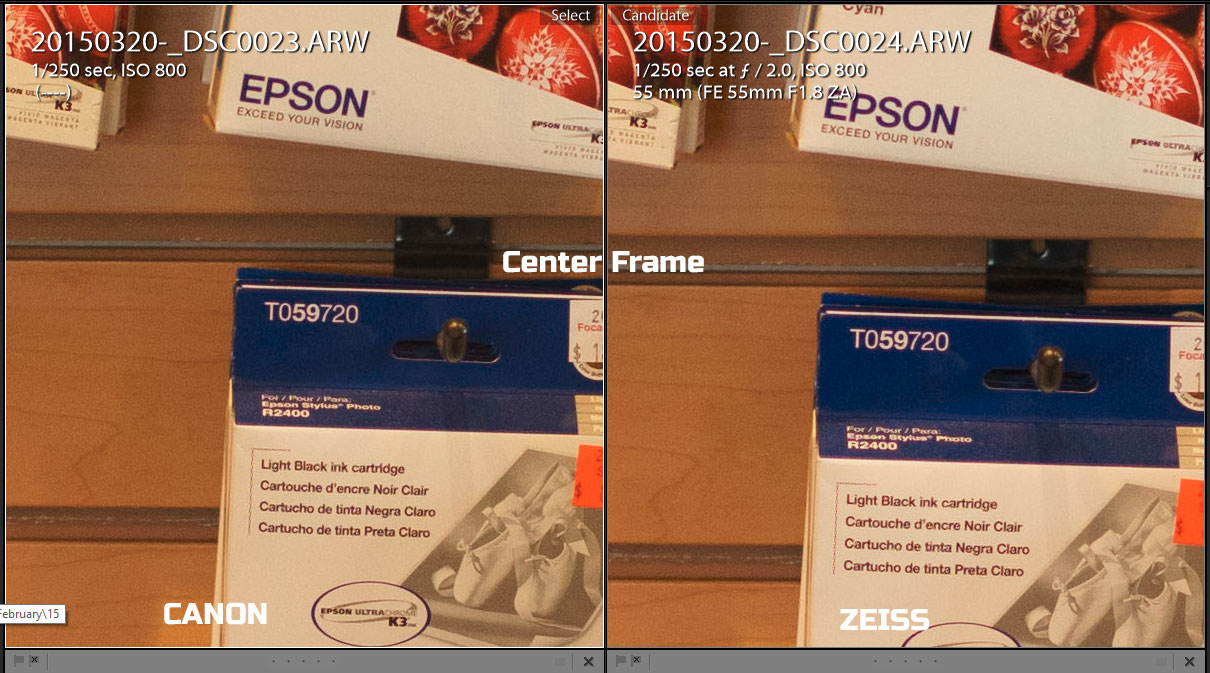 The edge though, is where this test got very interesting for me. Let me first say that I am not a huge pixel peeper. I could honestly care less how a lens performs in the very far corner/edge of my frame, I am rarely going to have anything important in that area.

That said, the performance of this Zeiss has me really thinking about ditching my vintage lenses, and picking up this brilliant performer. As you can see in the screen cap from my Lightroom below, despite the lenses being very similar at the center, in the corner, it is really no contest. 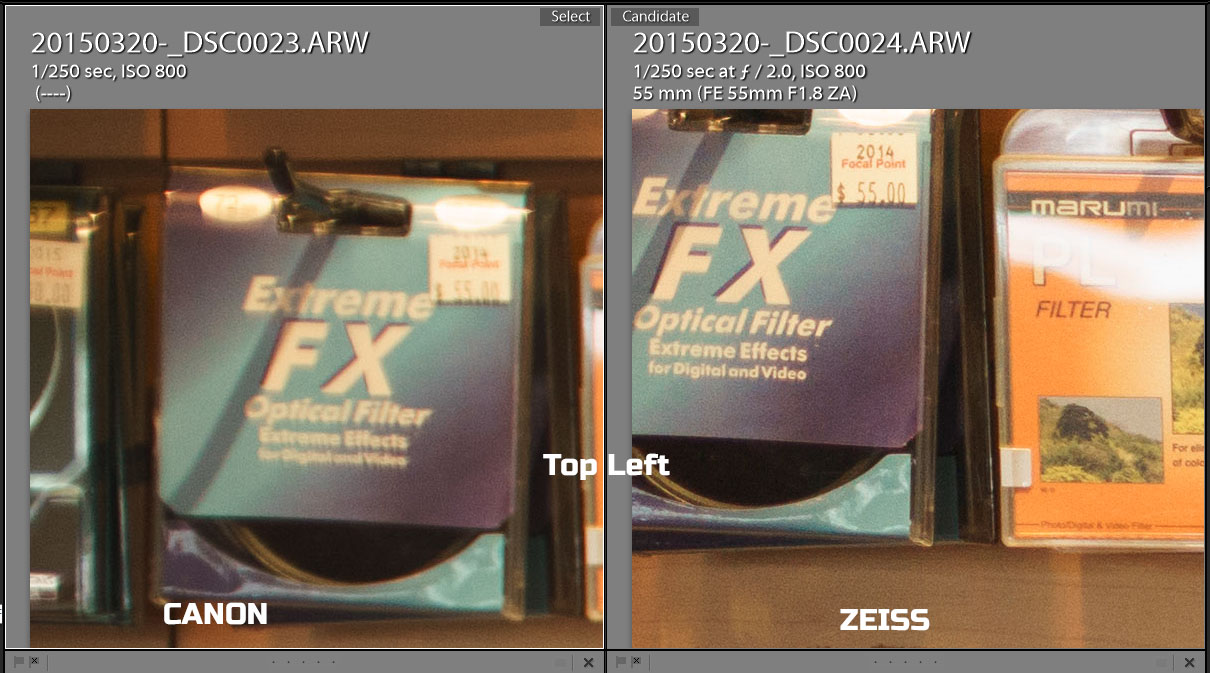 The Canon looks blurry, out of focus almost, while the Zeiss is still clear and it’s easy to read the filter packaging and price tag. A clear win for the Zeiss, though I am still rather impressed with how well this 30+ year old Canon FD lens holds up to modern glass.

One other area that caught my attention was the difference in the contrast of the two lenses. This was another area where the Zeiss (in my opinion) had an advantage over the vintage Canon glass. 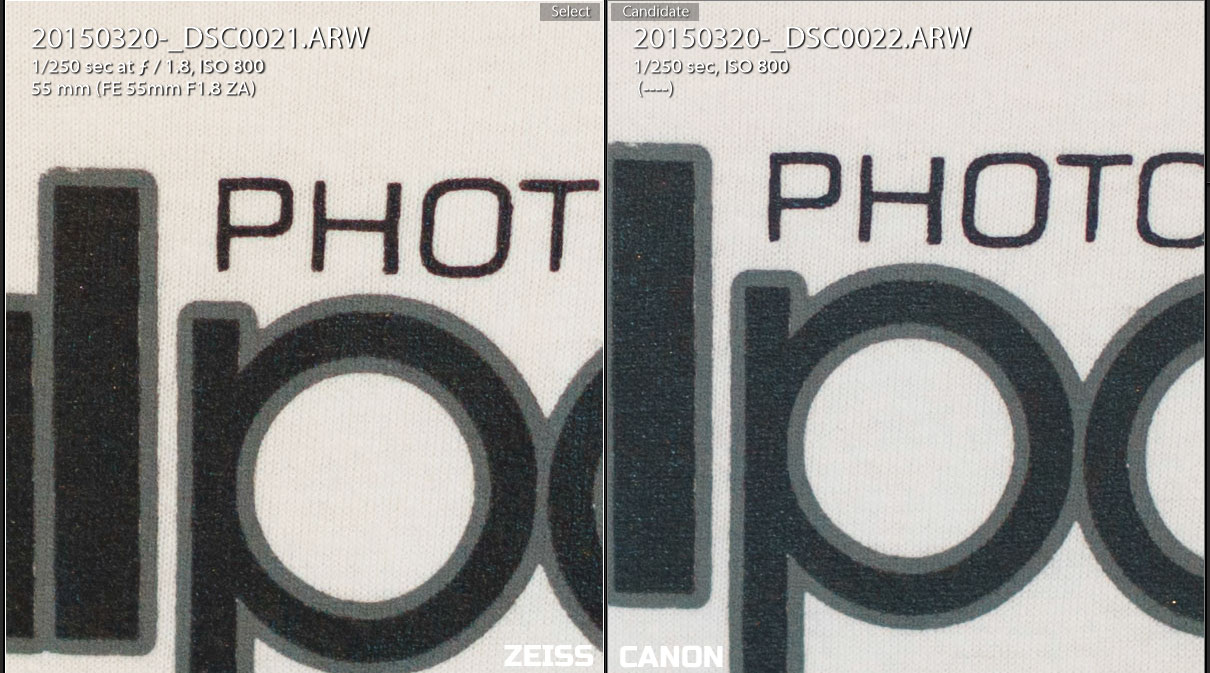 As you can see in the image of the shirt above, both lenses are very sharp, allowing you to see the fibers of the shirt. But in the Zeiss, the blacks are deeper, and the grey is darker. The Canon’s blacks are a little more subdued and the grey not quite as dark.

Clearly, the Zeiss has an advantage in the contrast. Which, in addition to the corner performance and having an AF motor, makes this lens a very tempting treat for me and my kit. 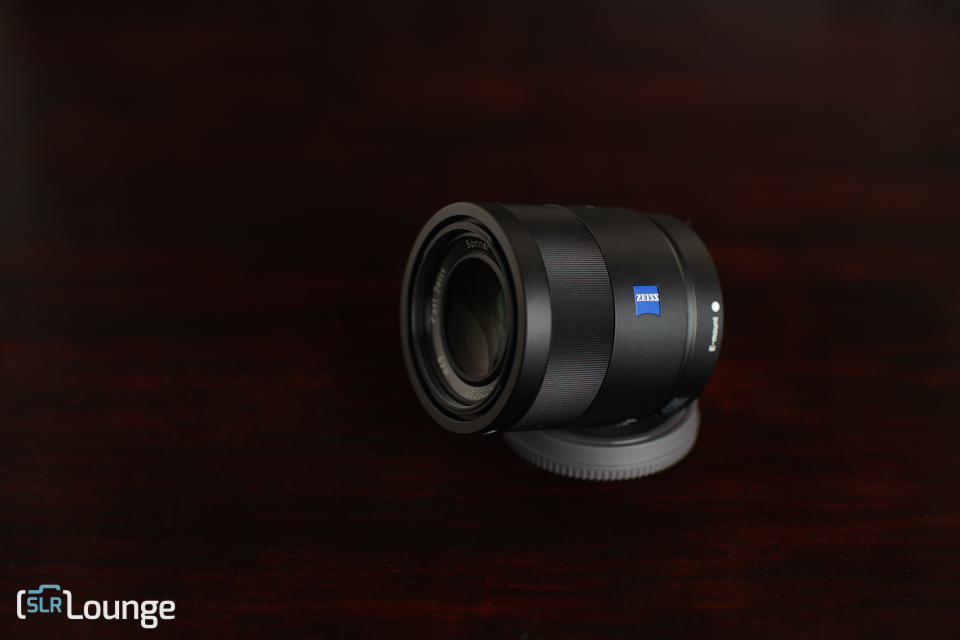 In my preliminary testing, which I’ll admit is quite limited so far, I can honestly say I would be every bit as happy with this Zeiss lens at F/1.8 that I have been with my Canon at F/1.2. Plus I get the advantage of being able to auto-focus when I want to, and am not stuck with manual focus.

I will be weighing my options heavily over the next month or so that I have with this lens. So stay tuned for more content about the Zeiss 55mm F/1.8, and if you are interested in grabbing one for yourself, head on over to B&H and check out their latest specials!

12 Speedlites, One Shot: An Off Camera Flash Extravaganza