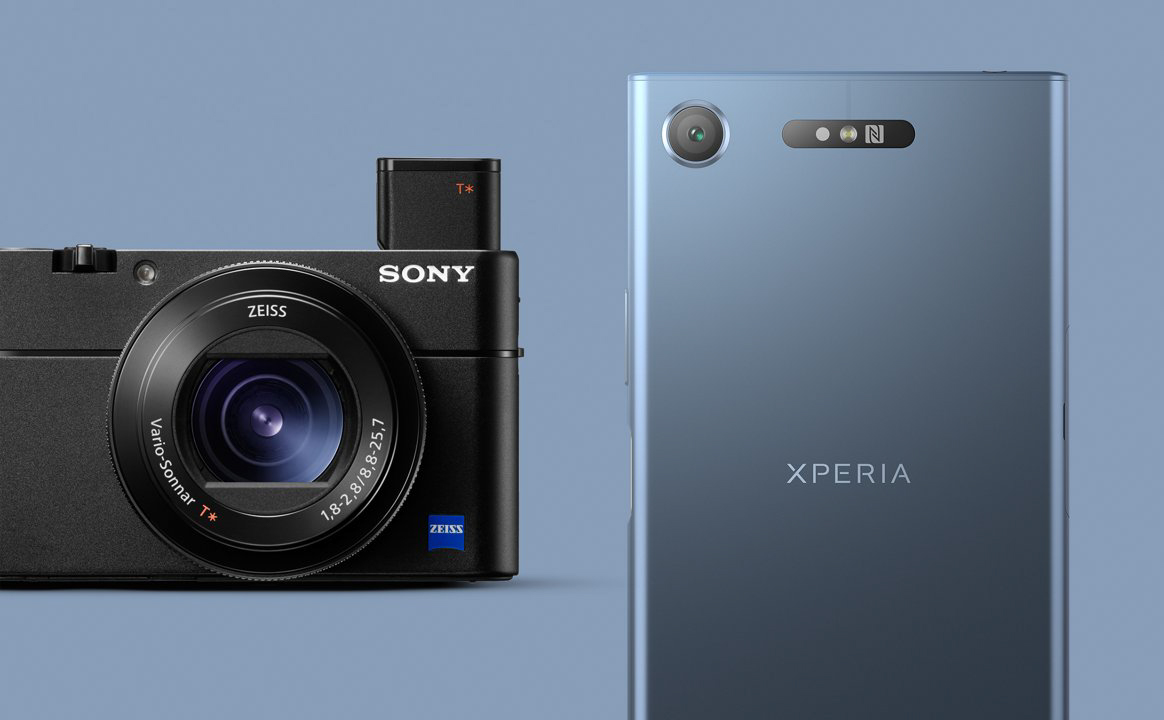 Sony released some interesting and exciting tech at the IFA2017 this week. Perhaps stealing the show for the camera crowd was the RX0, and deservedly so. It’s a forward thinking device that, comparably, makes the GoPro look like a toy, but it wasn’t the only thing of note. Sony also launched its new flagship mobile phones, the Xperia XZ1 and XZ1 Compact.

Both of the new models carry over the best of the XZ Premium, and add new functions like 3D-Scanning, and a host of design features users have asked for. The X1Z has a longer battery life (2,700 mAh battery), intelligent learning of your behavior, 4GB RAM, 64GB storage (expandable), Qualcomm Snapdragon 835, and a 5.2” HDR display with Gorilla Glass, and it’s waterproof (IP65/68).

But for us in the photography world, it’s great to know Sony has upped the camera capabilities and borrowed as much as possible from the Cyber-Shot line like the RX100. In the rear it’s using an 1/2.3” 19MP Exmor RS sensor and BionZ processor for mobile, which means faster performance, and pairing with a 25mm f/2 ‘G’ lens that should make for better imagery. But it also has other things we love, like predictive capture which essentially buffers images/video before you press the button, and from our experience with it on the RX100 MKV that’s a nice feature.

Furthermore there’s SteadyShot 5-axis stabilization for smooth recording, On-sensor Phase Detect and laser-assisted AF, AF burst mode, 4K, 960FPS slow motion at 720p, and manual controls. All in all it appears to be a great mobile photography camera. There is no mention of raw support, however, which is a bit annoying but it could be it will require a 3rd party app.

As for the selfie inclined, there’s a 1/3.06” 13MP sensor up front with display flash which should make for some well lit selfies anywhere. We’re quite eager to get one in for review to see how it does against some of the other top contenders like the iPhone, OnePlus5, HuaWei Mate 9 and P10, Pixel and so on.

Of course, being Sony, there’s a lot of integration into the rest of their systems, like the ability to play games from your PS4 on your phone (should you want to do something like that), but for the photography/videography centric person looking for a beautiful and capable phone this looks really promising to use in terms of capture and for viewing.

The HDR display is akin to what you’d find in their latest Bravia TVs with their TRILUMINOS tech and X-Reality which adds missing pixels, reduces noise and can enhance texture. It also benefits from Sony’s sound technology with LDAC which should provide higher quality sound over Bluetooth and has the Digital Sound Enhancement Engine for bringing you music closer to hi-res. A nice piece of kit. And the cost? $699 for the XZ1 and $499 for the compact.