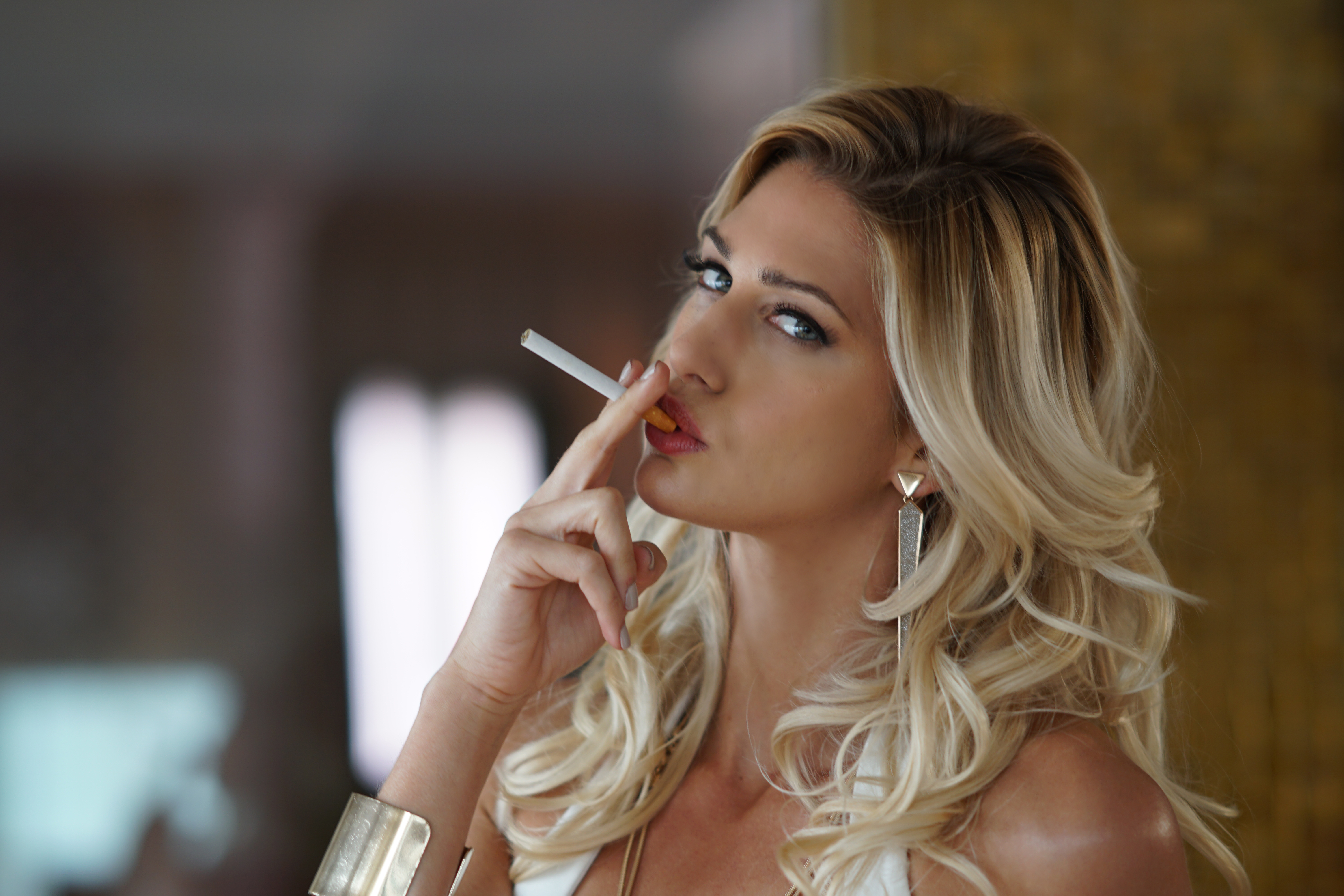 Hands On With the Sony a6300 | Initial Impressions and Sample Images

The a6300 was announced last month, the successor to their wildly popular a6000. On paper, the specs were impressive and fast, but in real life, would it live up to the hype? Sony’s newest offering was put to the test this week at a Sony Media event in Miami, Florida.

I had the chance to play with not only the Sony a6300, but the two of the new G Master series lenses (the 85mm 1.4 and the 24-70mm 2.8), plus a Sony a7r II and a 70-200mm f/4 tossed in for good measure. Some of you may know that this time last year, I jumped the Canon ship to mirrorless with the Fuji X-T1. I love the Fuji ecosystem, but I was open to trying something that was faster and better in low light. So, two days with Sony gear, would I be making another big camera switch? I won’t get ahead of myself, but here are my initial thoughts of the Sony a6300 and some sample images SOOC. 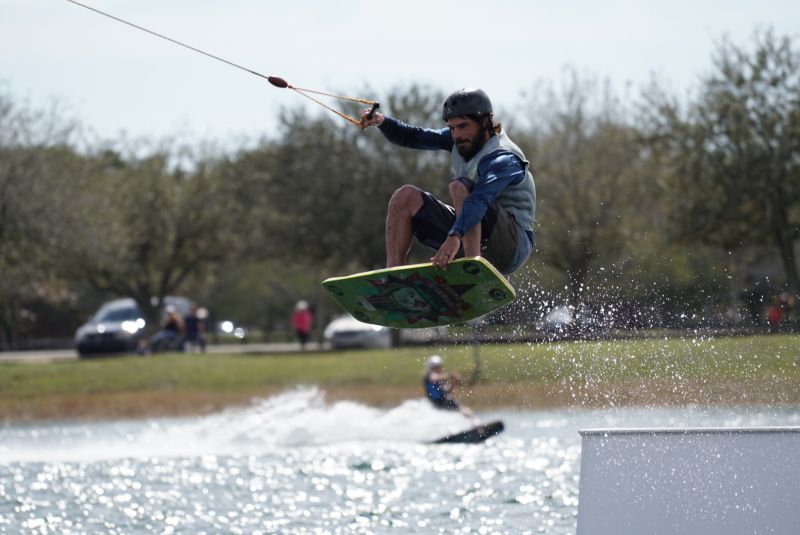 Encased in the little a6300 body (which will be familiar to you a6000 owners as they kept the body pretty much the same) is an upgraded 24.2MP APS-C Exmor CMOS sensor with the copper wiring, but the thing to write home about is both the speed and accuracy of this little guy.

Sports and action shooters are going to love this camera as its ability to track fast moving subjects. At a sports water park, I was able to test the tracking abilities on wakeboarders as they sped by doing jumps, flips, and turns. Using the 70-200mm f/4 (not the new G Master), I found the focus to be pretty spot on – once you turn off the default face detection hidden deep in the Sony menu that is). It struggled a bit more at longer distances to hit its focus, but overall, the fast and accurate tracking was impressive. And with the advanced 4D focus and 425 AF points that locks on a subject in 0.05 seconds, it should be (and it was). 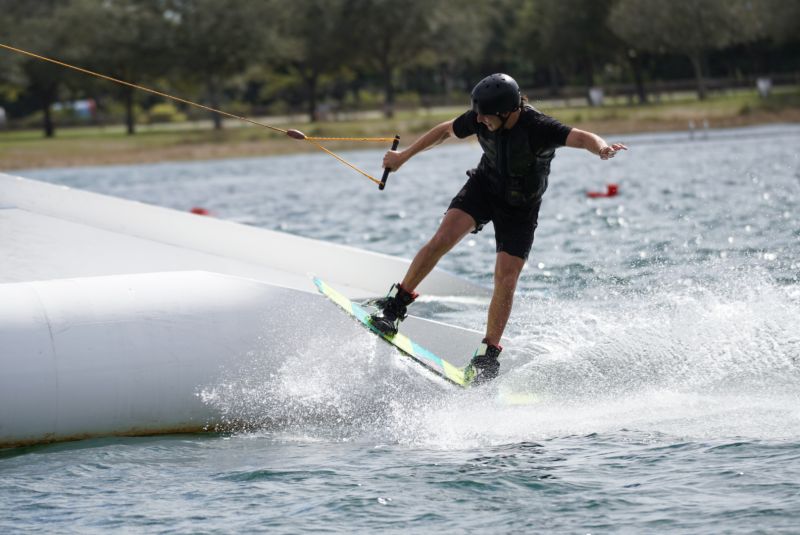 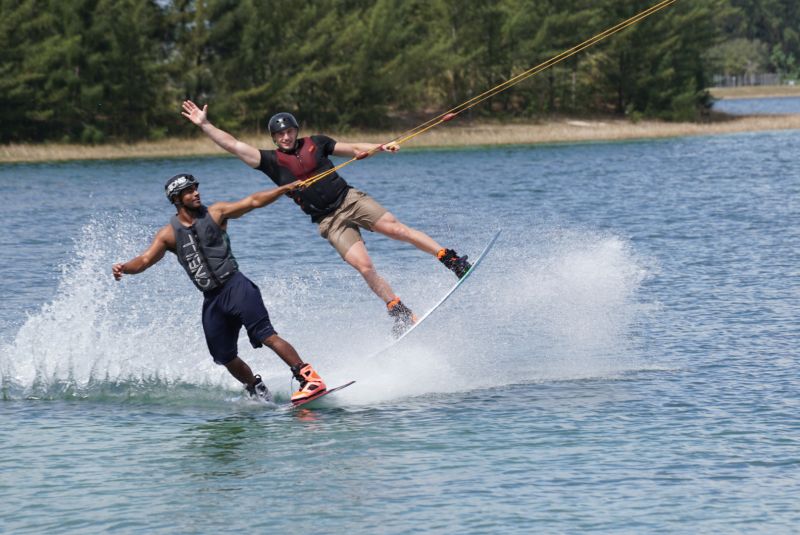 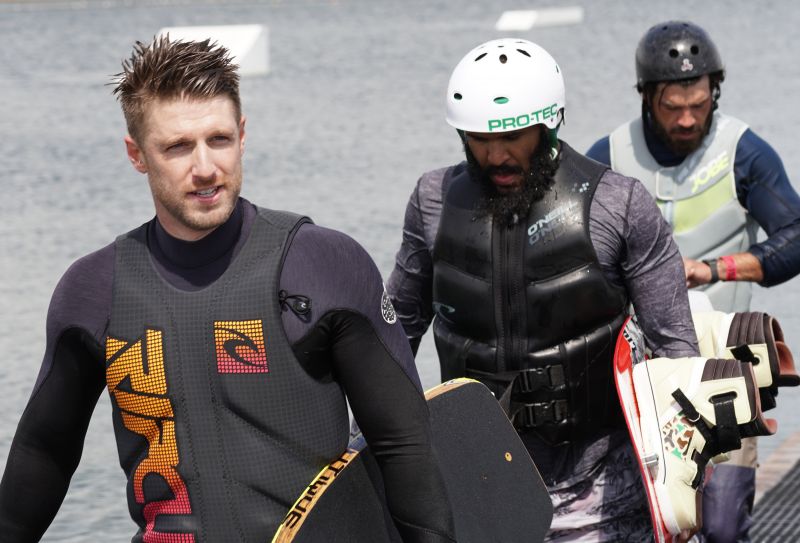 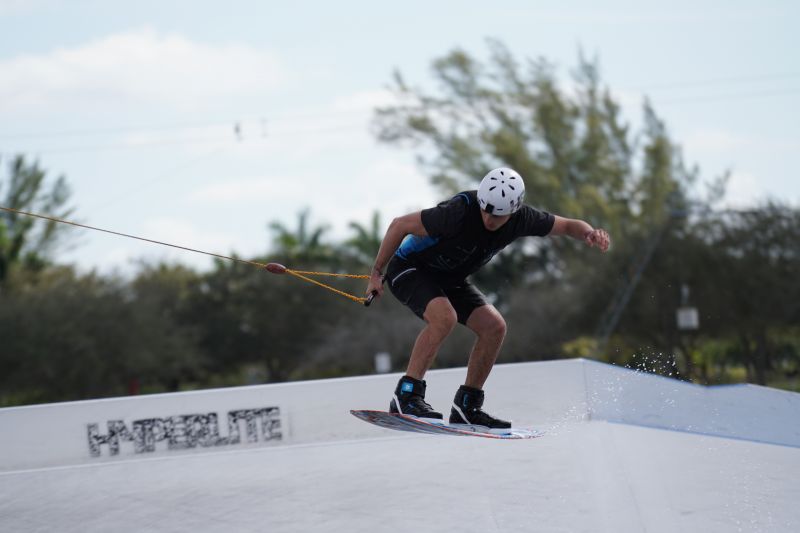 Indoors and at closer distances, with the new 24-70mm G Master lens, I had little issue with tracking and focus. In continuous shooting mode and at 11fps, you could make flipbooks with the rapid-fire succession of images it produced.

Manual focus was standard, but with the autofocus on this thing, not many will want or need to manual focus.

I didn’t have a chance to push the camera’s ISO 52000 capabilities, but in a dimmed restaurant setting, focus was still as fast as could be when I was photographing food. The a6300 quickly locked in on the details and the image quality was nice and sharp. (I was also shooting wide open to test the 85mm f/1.4 GM lens). 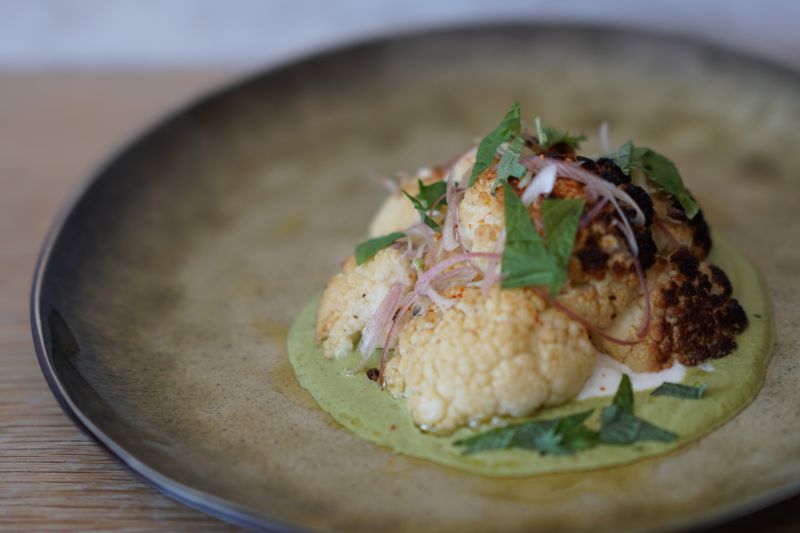 The colors from the a6300 did not impress me, but I’m coming from the Fuji and I prefer the colors on a Fuji which are more vibrant and has a little personality. 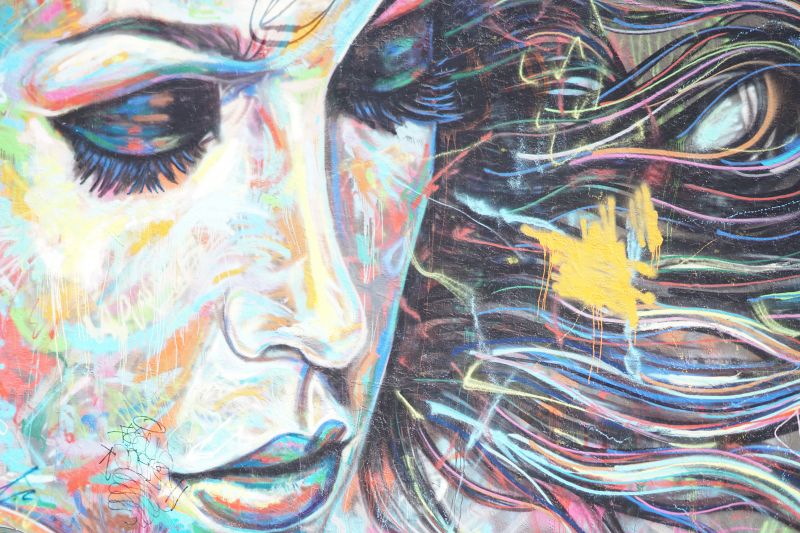 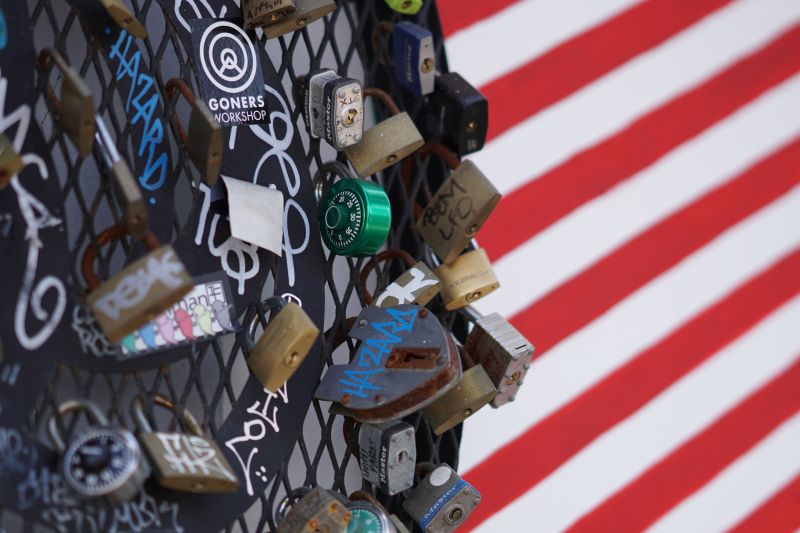 Design-wise, I found no issue with the size even with my long fingers, though you can see in the image below, with a 70-200mm attached, you can’t even see the camera! I never felt like I was going to accidentally drop it and with the large grip, I could hold it in one hand and still feel like it was secure.

Personally, I am not a big fan of the protruding eyecup (the a6000 had the same); though it’s on there securely, I was afraid it would catch on something in my bag if I wasn’t too careful. It’s really large and for someone not used to it, seeing this eyecup sticking out for the first time made me laugh. 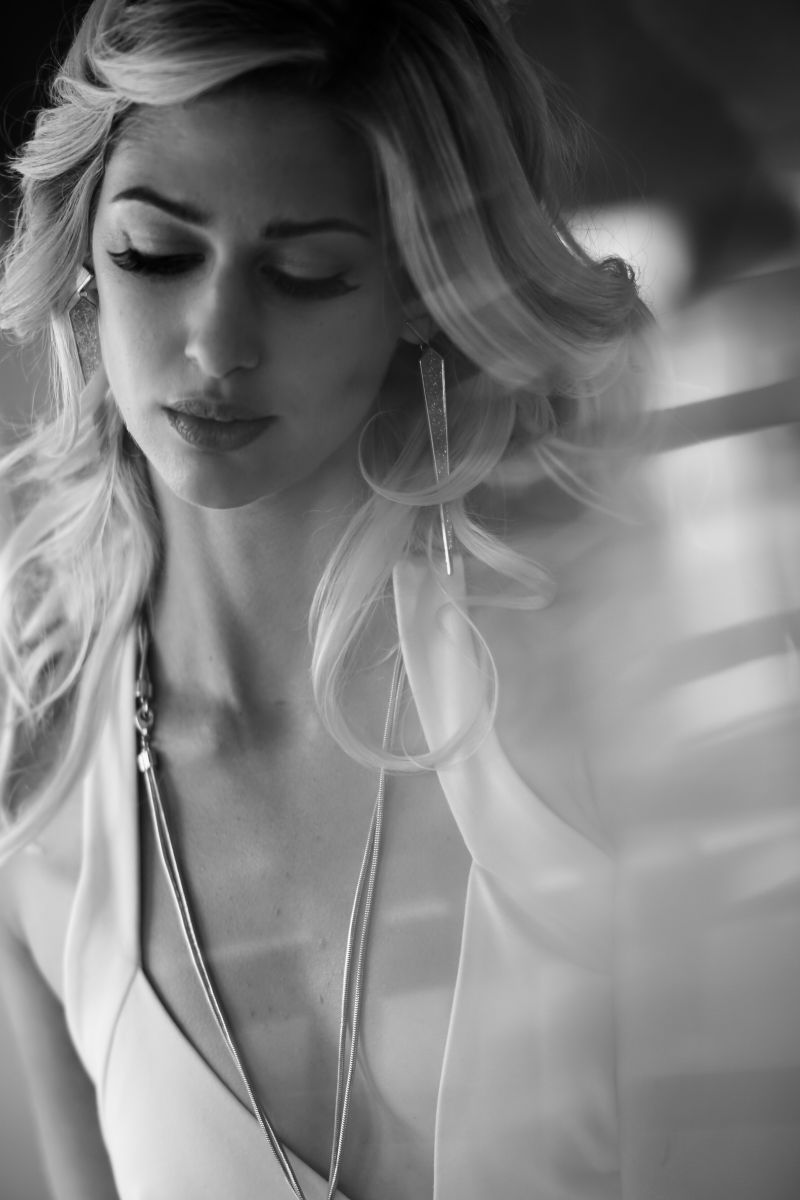 For $1000, this camera does a lot and does it well. Am I going to leave Fuji and jump on the Sony train now? Well, it’s very tempting, especially with the new G Master series of lenses (which I will write about in another article), but no. I’m still in love with the color output of my Fujifilm, but I’ve decided that I have more than enough room in my heart to add the a6300 to my camera family.