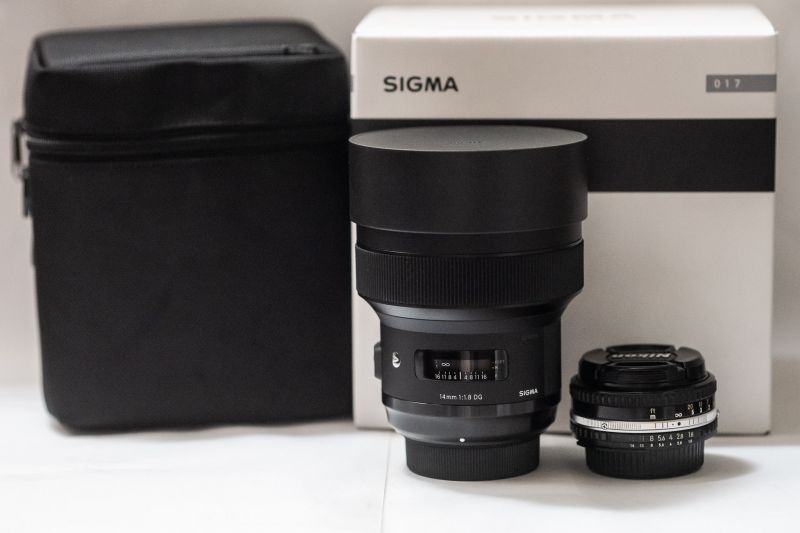 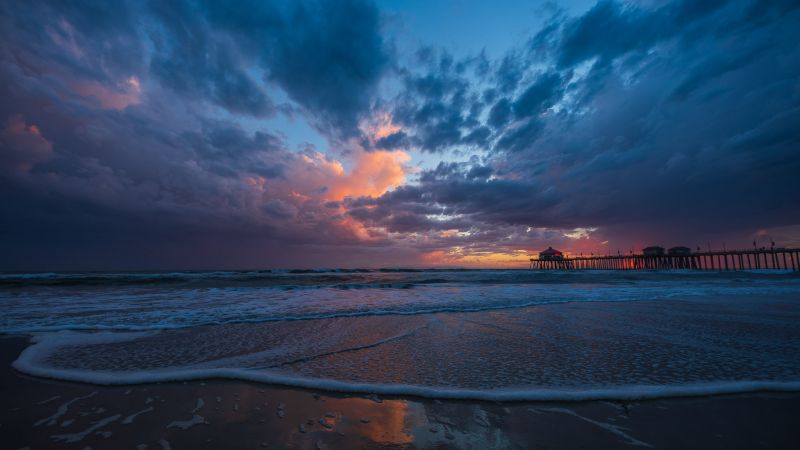 Unless you’ve been living under a rock for the last 5+ years, you already know that almost every Sigma Art Lens seems to get rave reviews for sharpness, as well as overall image quality. However, since this lens is very much a specialty lens, considering its focal length, price tag, and weight, you have to ask yourself: do you actually plan to use this lens at f/1.8? Do you need the incredible sharpness that it offers by f/2.8? Maybe, if 14mm is an integral part of your photography style, however if you’re just looking to fill your arsenal with a compact, affordable ultra-wide that you only reach for once every now and then, I gotta be honest- there’s plenty of sharpness to be had with the other 14mm primes out there, including the dirt-cheap Rokinon 14mm f/2.8 UMC, (manual focus) …and even the new Rokinon 14mm f/2.8 AF, now available for Sony, Canon, and Nikon. 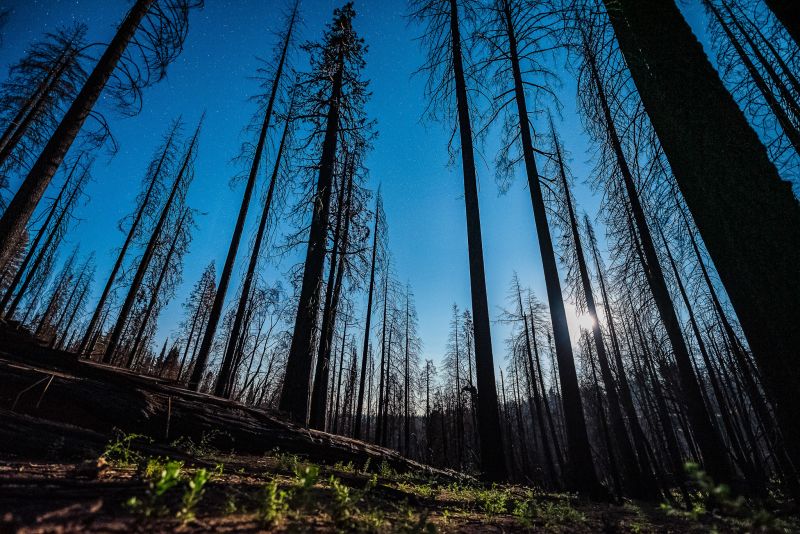 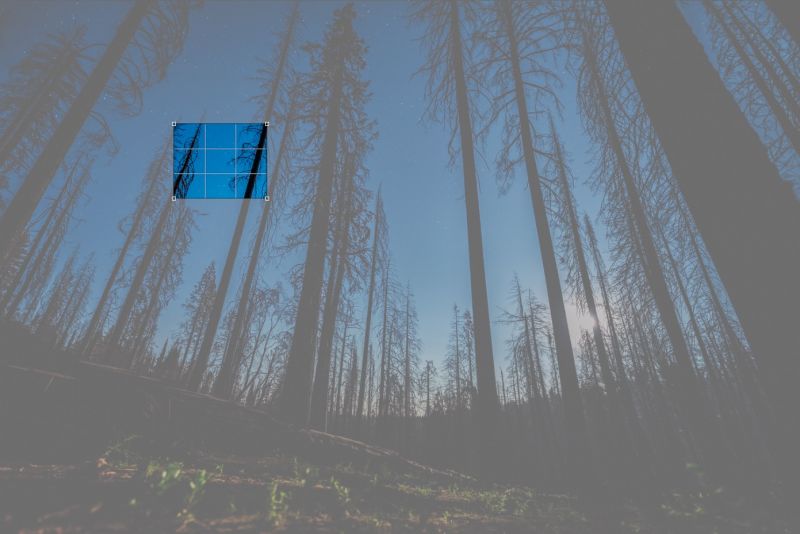 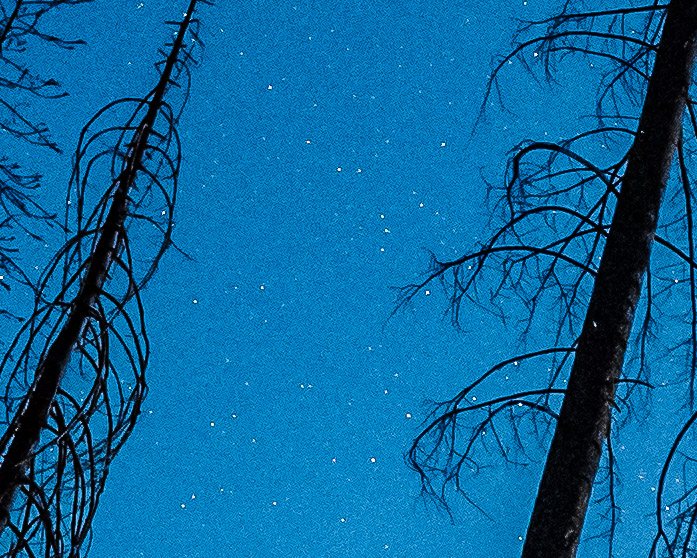 So, ask yourself- What apertures do you mostly shoot at? By f/5.6-8, literally every 14mm made in the last 5-10 years is almost perfectly sharp. Or, maybe you do shoot at f/2.8-4 a lot, but you shoot things like portraits and whatnot where the sharpness in the extreme corners doesn’t really matter. Again, all of the 14mm’s will do the job. Really, to justify the Sigma 14mm f/1.8 Art on its sharpness alone, you have to plan to use it at f/1.8-2.8. (And even then, I gotta confess- the f/2.8 options are roughly as sharp in the extreme corners at f/2.8-4.)

Of course, sharpness isn’t everything. Many ultra-wide lenses have absolutely wicked distortion. In fact the most affordable option, the Rokinon 14mm f/2.8 UMC, has such crazy distortion that I almost feel like it gives a fisheye effect whenever you point it at something that has strong lines.

Of course still photographers can correct this distortion with a lens profile, but it’s still a pain to deal with, and extremely troublesome in video footage.

The Sigma 14mm’s distortion, by comparison, is almost nill. And whatever little distortion there might be is easily corrected by a profile. 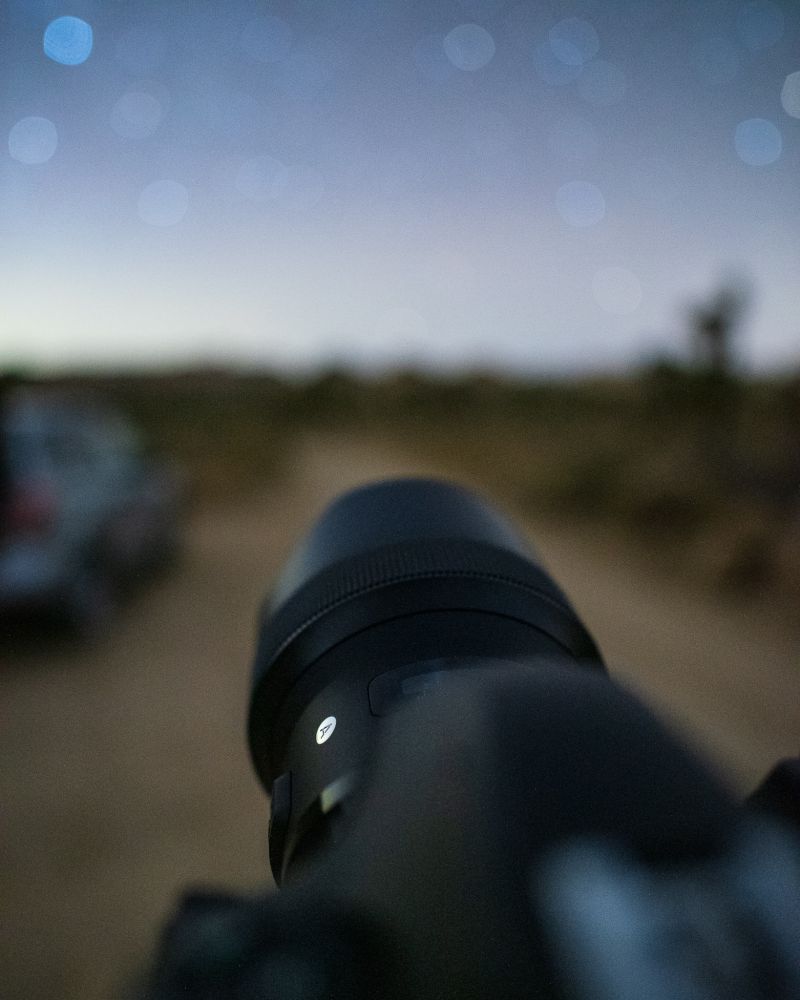 Just because a lens is heavy, doesn’t make it “indestructible”. Sigma’s Art lenses, despite their solid appearance and feeling, do still break. I’ve seen some of the older ones, such as the 35mm f/1.4, 24mm f/1.4, and 50mm f/1.4, all literally “rattling apart” after a year or two of heavy abuse.

However, Sigma has made headway in this arena, and the reports of 14mm issues are almost nonexistent. In short, if you take decent care of this lens, it will last. The same can not be said for most Rokinon/Samyang and many other third-party alternatives. Well-done, Sigma. This lens is a beast, but hopefully that means it stands the test of time for most photographers.

Yes, wide open at f/1.8 the Sigma 14mm has pretty significant vignetting, which renders almost the whole image a bit darker. Simply put, the lens’ actual light transmission is not 1.33 EV’s brighter at f/1.8 than it is at f/2.8. 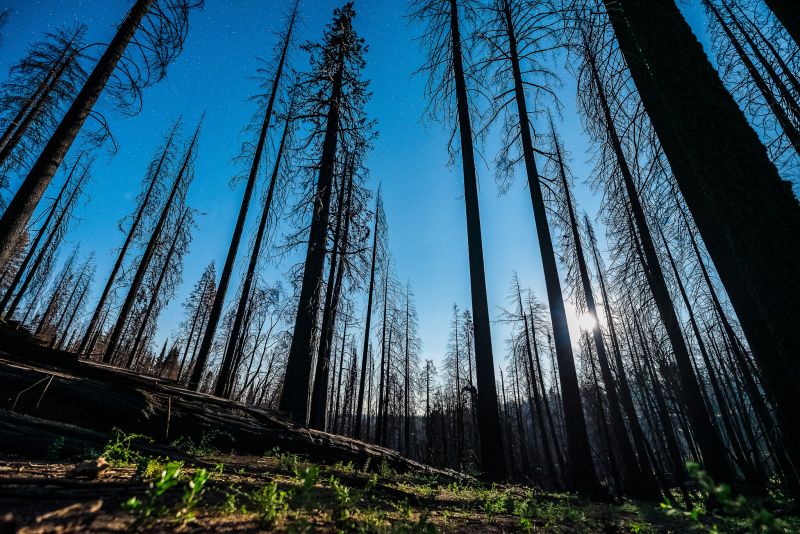 However, since no other 14mm lens even goes to f/1.8, the fair comparison begins at f/2.4-2.8. At which point, the Sigma 14mm is much, much brighter than other lenses. That’s just the physics behind stopping down a fast-aperture lens. 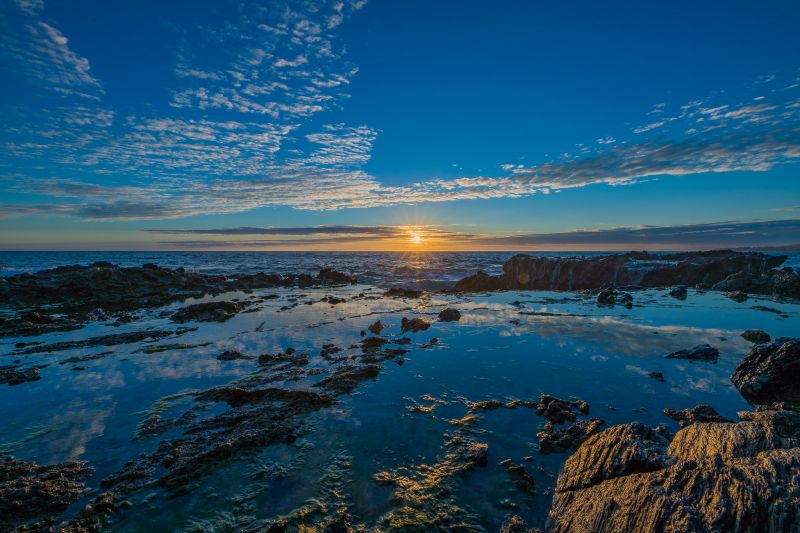 Flare test: PASS. (Just one or two little dots.)
(Half the time, it was just dust or mist on the front element!)

I don’t know what Sigma is coating their glass with these days, but it’s magic. The Sigma 14mm f/1.8 Art has almost none of those annoying “flare dots”, and the blooming/haze from in-frame light sources is also impressively low.

For those of you who need it, autofocus is there. More importantly, it actually works quite reliably, which is not something that every single Sigma Art prime can claim.

Ordinarily, depth of field is so deep at 14mm that when you’re using an f/2.8 or f/4 lens you barely need autofocus at all, and consistency isn’t very critical either. However at f/1.8, the Sigma 14mm indeed benefits from having autofocus that is both snappy and consistent.

Almost everything about the Sigma 14mm’s images is best-in-class and/or generally stunning. The only downfall is, as has been Sigma’s nemesis for its wide-and-fast primes, …coma.  At f/1.8 thru f/4, tiny points of light in the extreme corners, such as stars, will grow “wings” (sagittal astigmatism) and appear a bit fuzzy in general.

It’s really not very bad, however, depending on your camera’s resolution. See the examples below, comparing the Sigma 14 1.8 Art against the Rokinon 14 2.4 SP, at both 45 megapixels and 24 megapixels:

Really, it comes down to this: which do you want more, at f/2.4-2.8… Incredibly low coma, or incredibly low vignetting? The Rokinon offers the former, the Sigma the latter. Personally, I am indeed partial to extremely low coma, but your preference may differ. 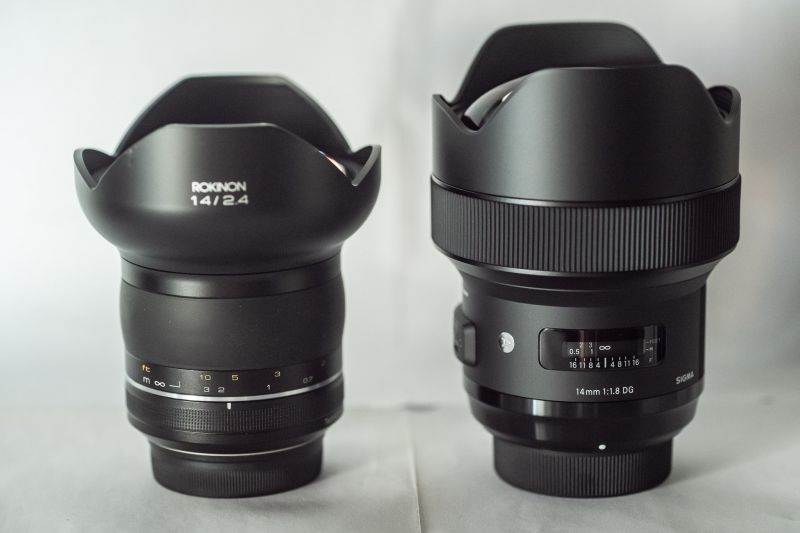 Yes, it’s big, yes, it’s heavy. Let me disclaim this con by saying, I fully understand that this is the price we pay for such stunning optics. I’m not expecting a free lunch here. So, you’re either willing to lug it around, or you’re not. That’s your decision. 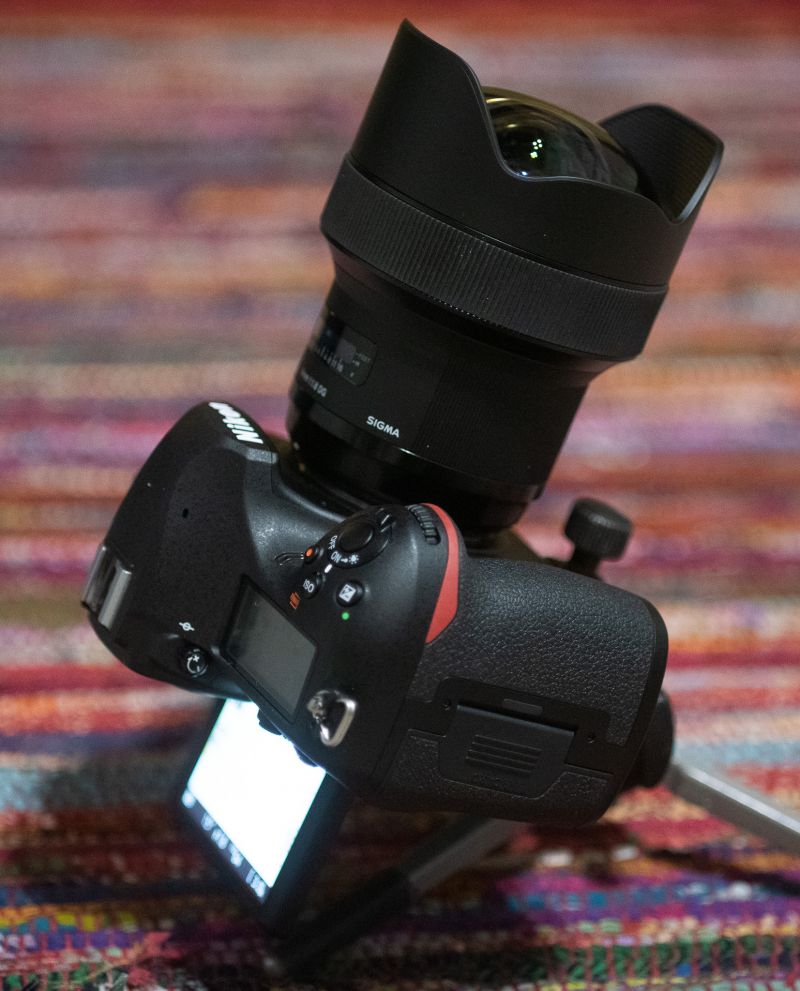 There’s no “personal preference” subjectivity here, the Sigma 14mm Art is very cumbersome to use with filters. If you use filters a lot, you’ll have to get a clamp-on filter system.

I’ll keep this complaint short and sweet, since only the most die-hard landscape photographers will notice, let alone care: Most autofocus lenses these days have a pretty limited focus distance indicator, if any. 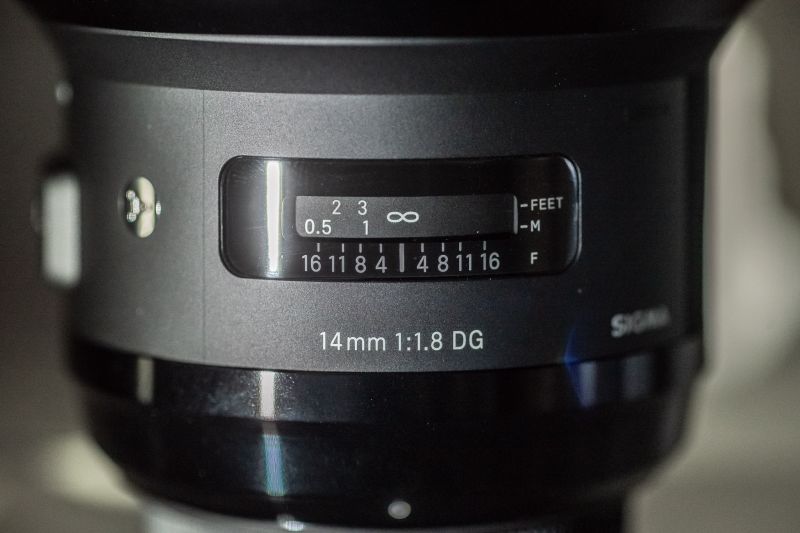 I suppose I should be thankful that the lens has any focus indicator at all. The only other current-generation 14mm prime with autofocus, the new Rokinon 14mm f/2.8 AF, is fly-by-wire (electronic manual focus) and has zero focus indicators whatsoever. Also, the Rokinon 14mm f/2.4 SP has lost its hyperfocal markings, for seemingly no reason, although it is still a dream to focus manually in general, with amazing focus throw.

But, at this point, I’m splitting hairs. The Sigma’s features and performance earn it a spot in any serious ultra-wide shooter’s camera bag, especially if they prefer low vignetting more than low coma. 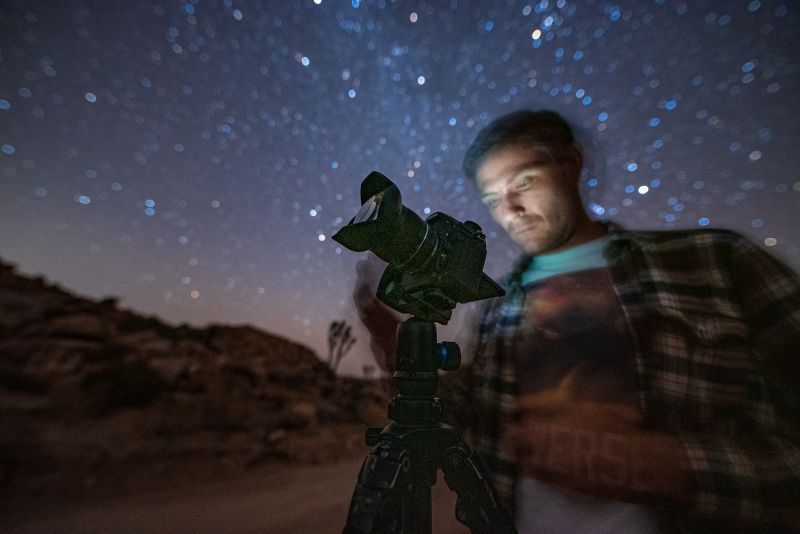 What Types Of Photography Is The Sigma 14mm Art Perfect For?

Make no mistake, this is an exotic, specialty lens. If you use the words “casual” or “general” to describe the type of photography you do, then look at a different ~14mm prime, or an ultra-wide zoom.

With that said, which types of specialty photography subjects might greatly benefit from the Sigma 14mm f/1.8 Art?

Nightscape photography – Duh. Impressive wide-open sharpness, (and unprecedented f/2.8 brightness) at such a wide focal length, makes this lens a prime candidate for a main workhorse of an astro-landscape photography lens.

Conversely, however, if you shoot traditional landscapes, (and if you don’t shoot any video) then you’ll likely appreciate one of the other 14mm options just as well.

Timelapse photography – If you shoot timelapse, especially in low light, then every stop of aperture and wide-open sharpness counts, too. Furthermore, timelapse video is usually only viewed at 1080p or 4K, and cropped to 16:9, making the Sigma’s issues with coma even less noticeable, and its advantage in vignetting even more useful.

Low-light, close-quarters photojournalism – If you shoot any type of journalism in low-light, especially indoors or in other close quarters, then every stop of light can help you get an acceptable shutter speed, and every millimeter of focal length can help you fit a scene into your frame when your back is against a wall.

Low-light, close-up action – Whether you’re an extreme sports photographer photographing a stunt well after sunset, or you’re a traditional sports photographer looking for an extra stop of shutter speed even in brightly lit stadiums, the Sigma is designed especially for those in-your-face shots, which also require autofocus I might add.

Sigma has created (another) monster. It’s a bit heavy, it’s a bit pricey, but if you need what it offers, it’s worth every penny and every ounce. I absolutely recommend it very highly.

So, what type of photography do you shoot, and are you considering this Sigma 14mm Art? Please leave any comments and questions below! Thanks for reading.