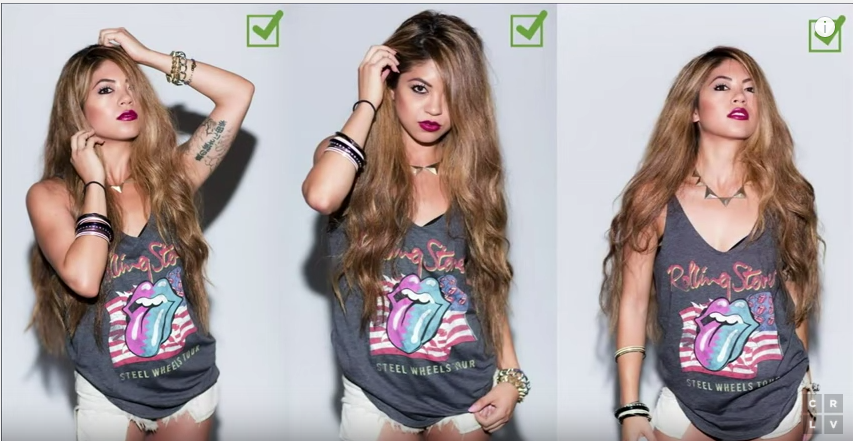 Learn How to Shoot With Direct, On Camera Flash

One of the biggest no-nos in lighting for photography is shooting with direct flash, right? At least that’s what I was told. Leave no doubt, direct flash is the easiest way to get some unflattering shots, but if you do it right, you can create really great edgy looks to your images. You’ll see direct flash used in ads from companies like American Apparel or FHM. Terry Richardson built his entire career on this method of flash in the fashion world. So, direct flash isn’t all bad, and you can certainly make a name for yourself using it to create a stylistic or editorial look.

Note: This article was originally written in 2015 and updated in 2021. 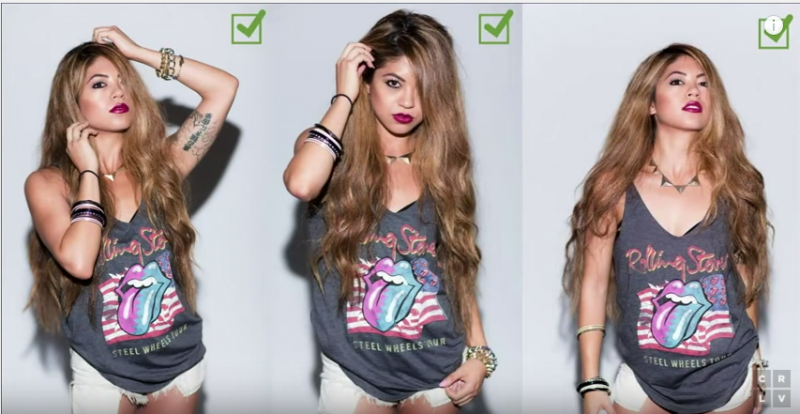 In the following video clip from last week’s Photo Week on CreativeLive, Pye shows us how to shoot with direct flash. This was part of his master class on Working With Flash which you can get here. In the class, he talks about mixing flash with ambient light, direct flash vs. bounce flash, Multipoint lighting with flash, off camera flash and more.

Direct flash will create a side shadow around your subject, and so Pye suggests using an inexpensive bracket, called the Vello bracket, which attaches to your camera and will help you eliminate that harsh line. Watch the 6-minute video below and learn how to get that edgy, American Apparel look.

Sometimes you’ll be stuck in a situation where you have no other choice to fill light other than to use direct flash. When this happens, keep these four tips in mind for when you must use direct flash. 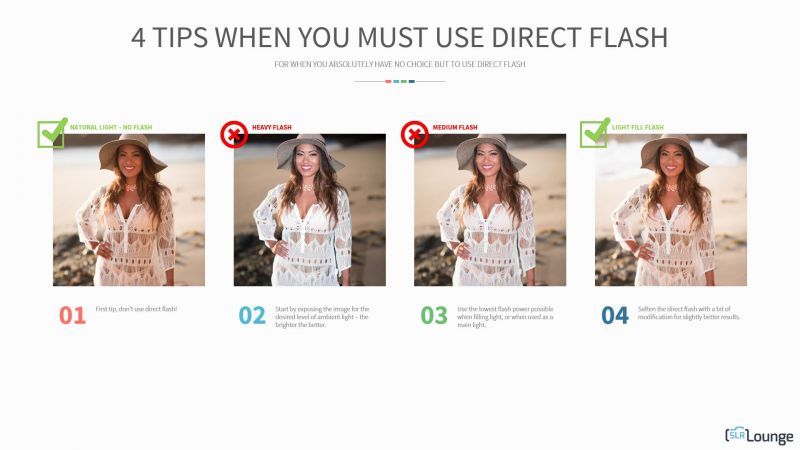 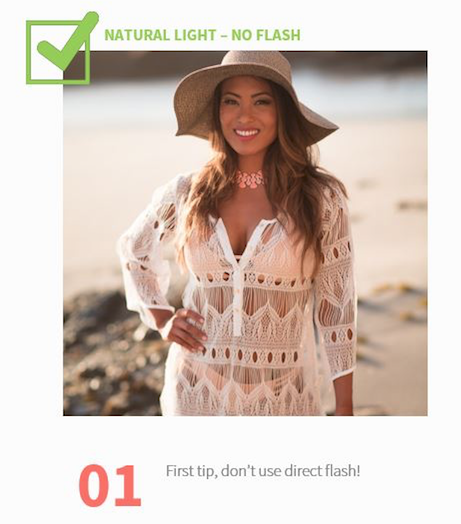 In most situations, you honestly don’t need direct flash. If you’re creative, enough you can bounce off objects or diffuse the light to avoid using direct flash. So carefully consider your options before settling on direct flash.

TIP 2: START BY EXPOSING THE IMAGE FOR THE DESIRED LEVEL OF AMBIENT LIGHT 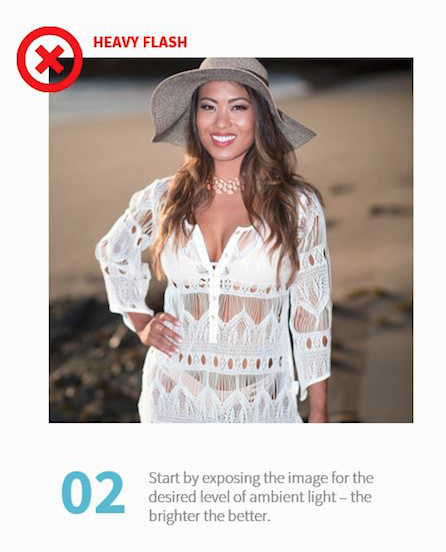 What we don’t want to do in a direct flash situation is end up with a heavy flash look. When the ambient exposure starts to drop, then the flash is being applied too liberally. To avoid this, we start by exposing for the ambient background, and then we add in the flash to subtly light up our subject.

TIP 3: USE THE LOWEST FLASH POWER POSSIBLE WHEN FILLING LIGHT OR WHEN USED AS A MAIN LIGHT 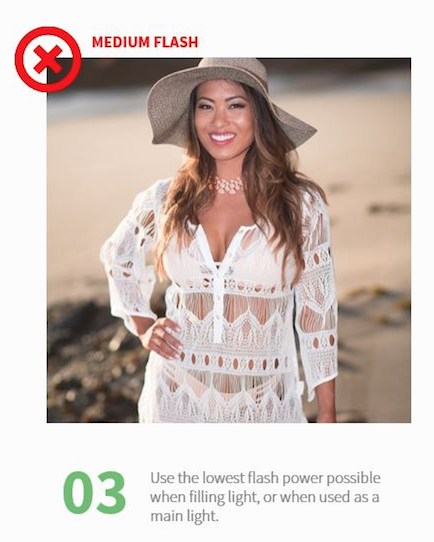 The key word here is subtlety. To avoid the point-and-shoot look, we gracefully add in the flash at the lowest power possible. This will give your image a natural light look rather than a heavy flash look.

TIP 4: SOFTEN THE DIRECT FLASH WITH MODIFICATION FOR BETTER RESULTS

Use what you have. If you have a napkin, then put that sucker over your flash or bounce off of it to soften the light quality. In this shot, I used the Fstoppers Flash Disc to modify my light to brighten up my subject. 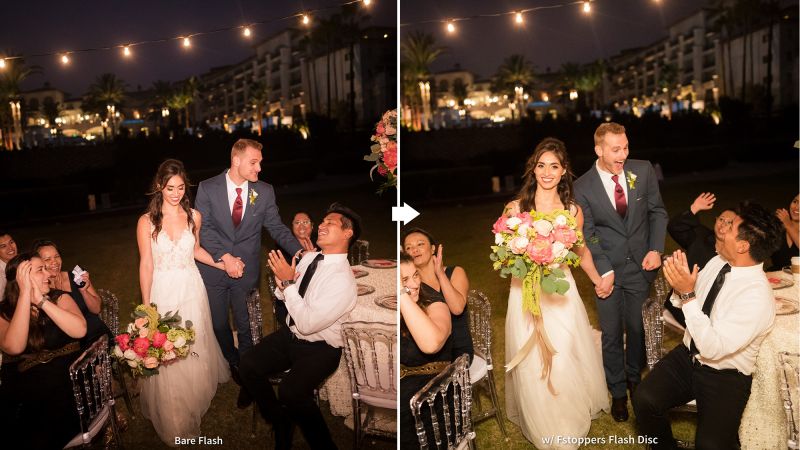 When there are no other options, you may have to shoot with direct flash, but there’s a way to do it right. 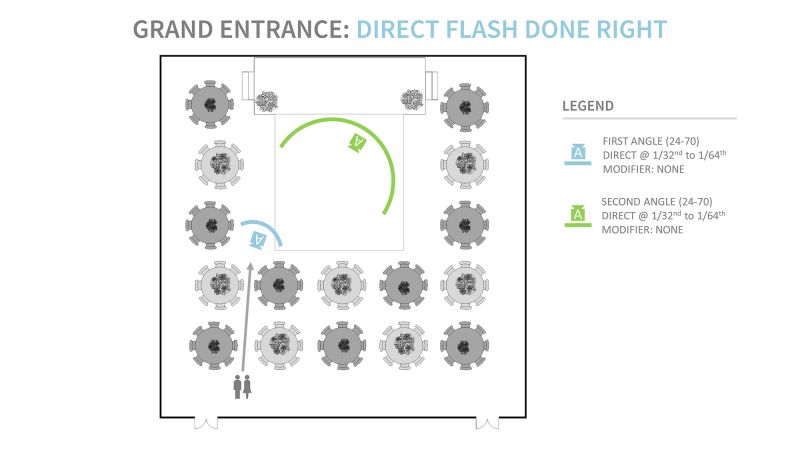 Setting your power and keeping a steady distance is crucial for using direct flash in the best way possible (see diagram above). If you’re not careful, it’s easy to blow out the subjects with too much light or lose them in the shadows when they’ve drifted too far from the light source. 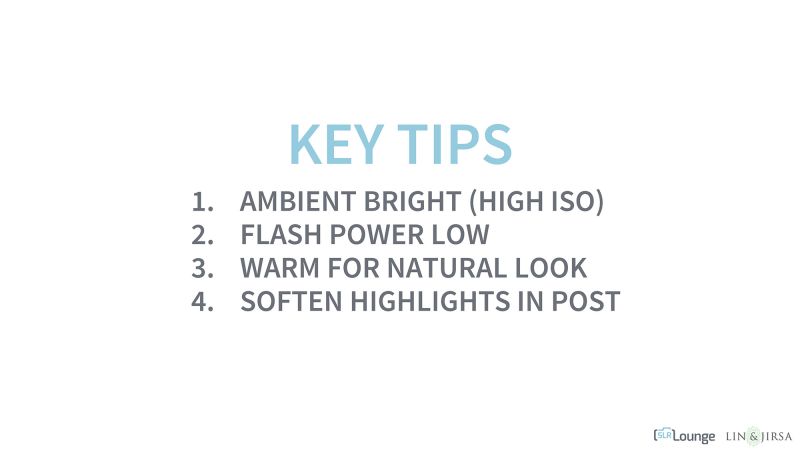 5 Photoshoot Ideas at Home | Stay Creative in Any Home!

The Photography Mood Board | The Why and How