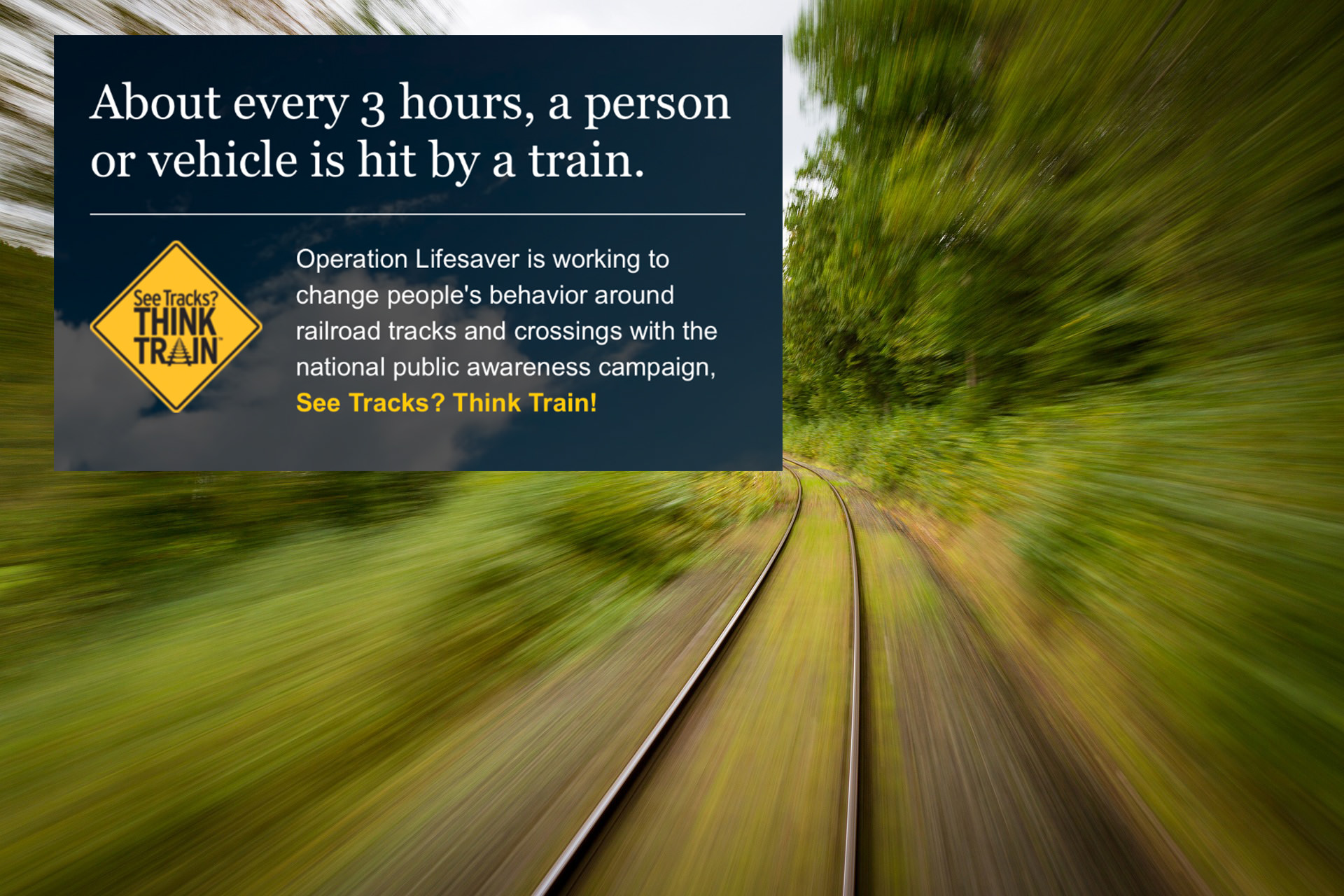 Hey photographers, let’s take (yet another) moment to talk about something that comes up fairly often in internet discussions and usually causes a big argument – shooting on train tracks. It’s pretty common in the United States, and you can bet that when someone posts a photograph of someone posed on train tracks in any kind of photography group the following will happen: someone will pipe up “hey, that’s illegal and very unsafe!” to which probably a few different people will chime in, “you can hear a train coming from a mile away, you’d have to be some kind of idiot to be run over by one.” More and more people will join in from both sides, arguing ensues, the thread might be deleted or have comments disabled, and still the two sides can’t see eye to eye. 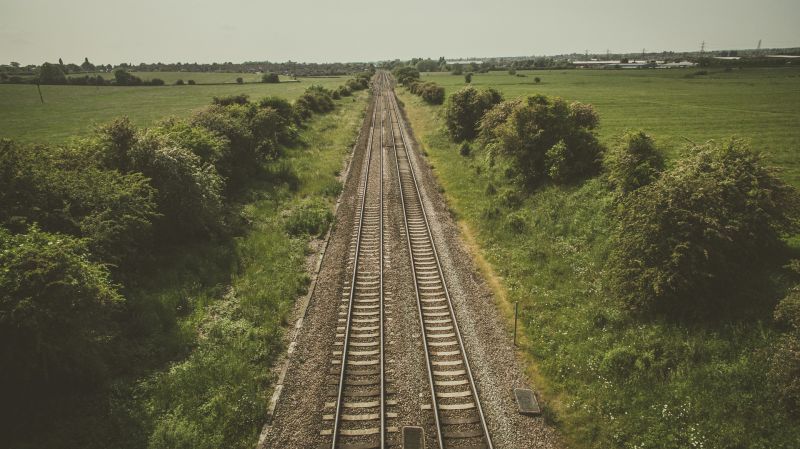 So, here’s some truth for you all. According to Operation Lifesaver, Inc, an organization that has been devoted to promoting safety around railroads for over forty years, in 2016 there were 994 casualties, meaning deaths and injuries, in the U.S. resulting from trespassing on train tracks. OLI says that in the United States, a car or pedestrian is hit every three hours. Let that sink in.

Despite the statistics, and the fact that photography and video production are repeated factors in train-related fatalities, so many people still seem to think they’re smarter and more prepared than the multitudes that meet their maker on the rails. Trains can be faster than you think, quieter than you think, and yes, it can happen to you – no matter how absolutely positively certain you are that one could never, ever sneak up on you. 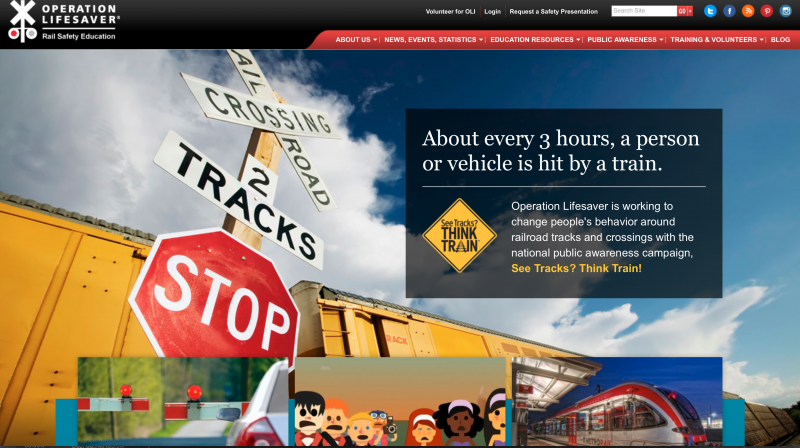 Despite years of campaigns by different organizations and headline after headline presenting news of photographers or their subjects killed on the tracks, it keeps happening. Yesterday afternoon college student Fredzania Thompson took her last breath after only 19 years on Earth. She was being photographed on train tracks in Navasota, Texas and was reportedly between two sets of tracks when she saw an oncoming train which was blaring its horn and had begun its emergency braking procedure in an attempt to avoid a collision.

For reference, it can take a freight train traveling 50 miles per hour a mile to come to a stop. But, the train she saw was not the one that took her life. She stepped away from this train, directly onto the path of another train that was traveling on the other set of tracks. Now a young woman is dead, her friends and family are grieving, the photographer is scarred for life and potentially facing major legal trouble, and the rail crew is traumatized. All because yet another photographer was sure it wouldn’t happen to them. 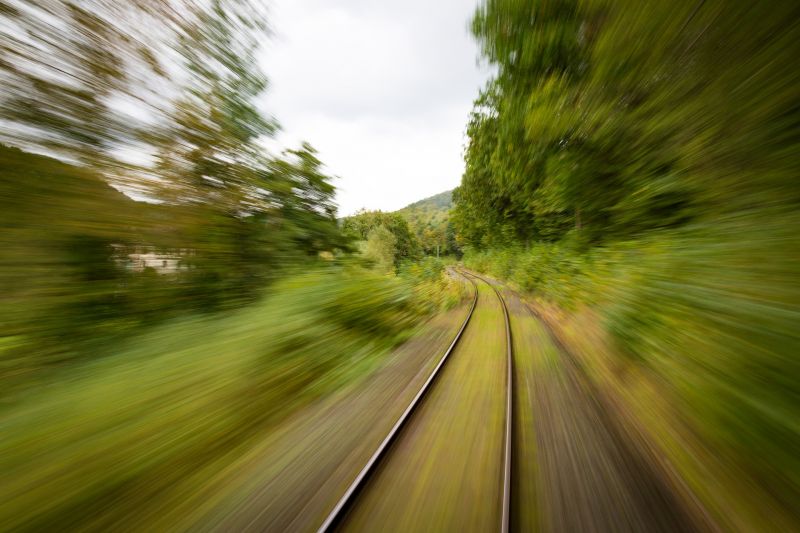 So, to those of you out there, and I know there are quite a few, who are certain that they could see and hear a train coming in time to get out of the way – please, humble yourself and realize that’s not necessarily the case. I know, if you aren’t intimately familiar with railroads it really seems like you should be able to detect tons of steel hurtling toward you, but just trust me on this one. Passenger trains in particular, like Amtrak and commuter lines, travel incredibly fast and do so quietly – Amtrak says their trains top out at 150mph on current infrastructure and over half of their trains travel faster than 100mph. You can’t outrun that, if you even hear it coming in the first place.

Check out Operation Lifesaver’s Photography Safety Tips page for a few more useful pieces of info, and keep yourself and your clients safe.