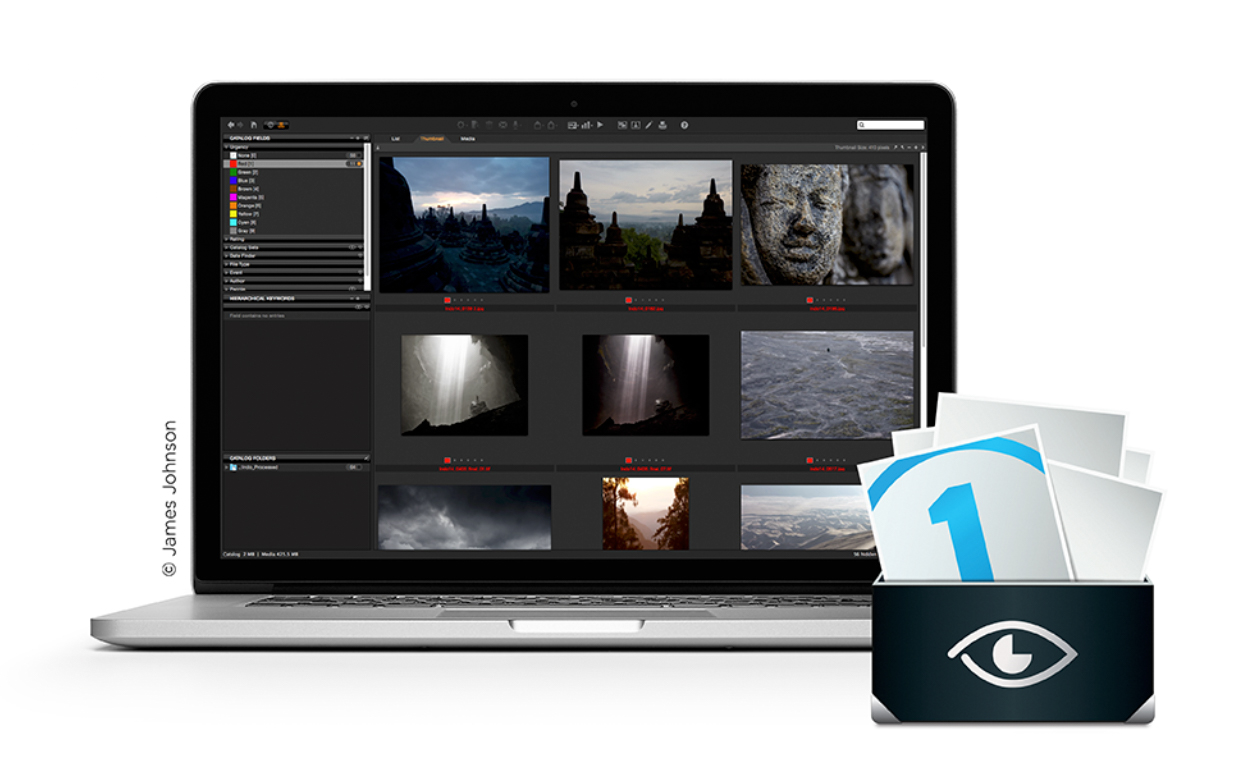 Phase One’s Capture One image editing software and Media Pro SE photo management software are billed as a combined photography software toolset that can be highly useful for event, stock, fine art, videography, or any pro who deals with large collections of high resolution photo and image files.

Media Pro SE supports photo and video files from more than 100 different cameras engineered to work on the latest Mac and Windows operating systems, and supports adjustments from the latest build of Capture One 9. For good measure, Media Pro SE installations can be run in parity with Capture One 9’s 3 activations.

This software is a natural competitor to similar programs like Photo Mechanic, Adobe Bridge, and Perfect Browse, and I spent 6 weeks putting Media Pro SE through the paces.  The most immediate benefit to adding Media Pro SE to your workflow is that it can be used as a front-end for more powerful editing software that could choke whilst managing large asset collections. When you just want to browse files, make selects – but aren’t ready to get down to business yet, Media Pro SE is all you need.

Media Pro SE is a marvelous standalone image browser that will hasten your workflow in terms of photo and video asset management. Importing is extremely fast whether it’s 10 or 100 megapixel files. No matter how many photos and videos you throw at it, Media Pro SE will churn through them all and make high quality previews quickly. Unlike Capture One 9, the learning curve for Media Pro SE is nonexistent. In 2-3 hours you’ll know this program inside and out.

An added bonus is that Media Pro SE-created catalogs can be searched, browsed, or annotated all while the original files are offline, once you get back online any changes you made will sync automatically. 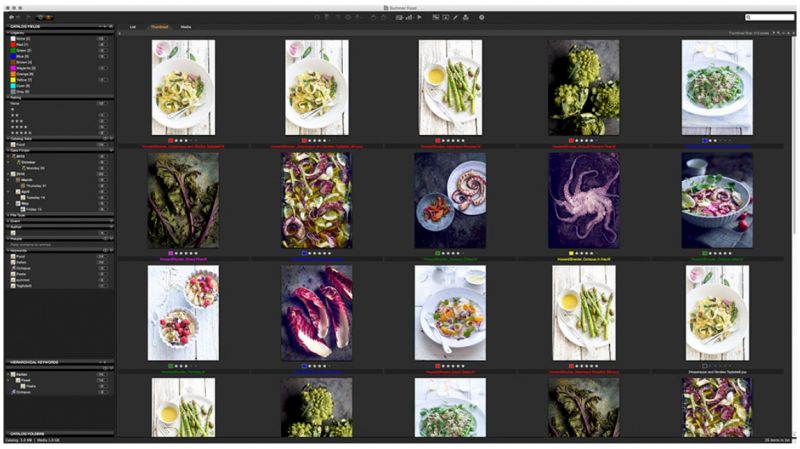 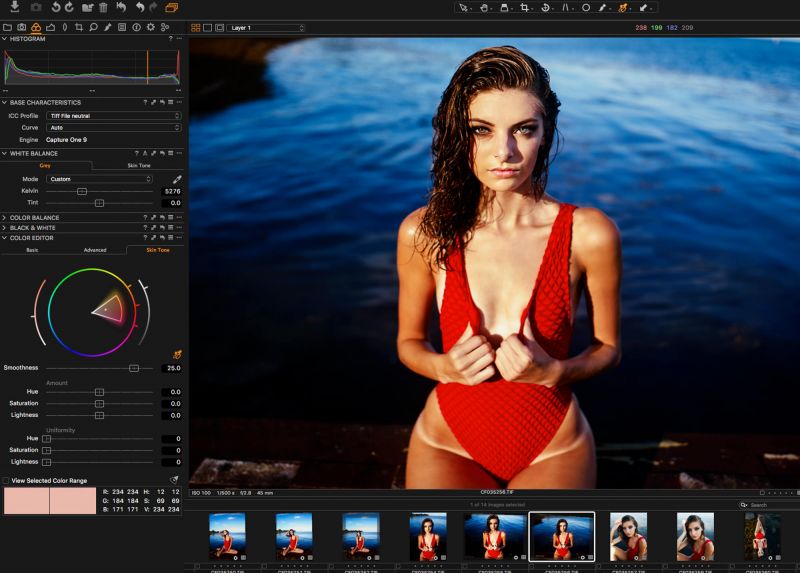 My favorite aspect of Media Pro SE is its near seamless integration with Capture One Pro 9 Sessions. After ingesting, organizing, and editing, files can be dragged and dropped into Capture One 9 Pro as fast-loading smart previews. Dust off that 5 year old Macbook Air or maybe give another look at that Surface Pro you that want a legit reason to own so badly – a combination of Capture One 9 and Media Pro SE can give new life to systems that you previously might have thought insufficient for editing work.

For those of you who’ve used the previous edition of Media Pro SE you’ll find that the second edition, for the most part, has simply been updated to work on the latest operating systems from Apple and Microsoft.

First, I would’ve liked to see a tighter integration with Capture One Pro 9. Users should be able to name their color coded labels and create albums of content. Otherwise, it can get hard remember what groups of photos have in common. 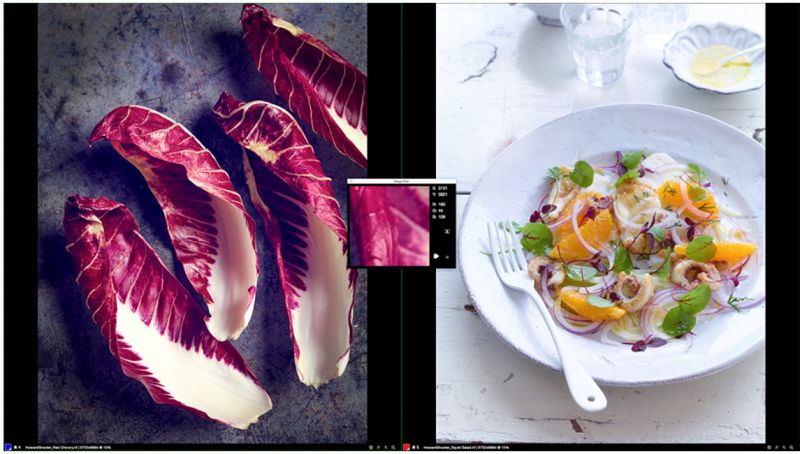 Since this program is passively targeted at photographers who may not use Capture One, Phase One should include Adobe Camera Raw as a media rendering option instead of only Apple/Microsoft (depends on your system) and Phase One.

I’d also very much like a method to calculate GPS coordinates of selected files; importing GPX or NMEA log files from a a GPS enabled device seems like a logical work around. Including GPS functionality seems like a no-brainer with so many digital camera’s recording this information these days.

Lastly, modifying the capture date doesn’t work properly. The exif for that field remains the same as recorded on your memory card. Phase One needs to fix this in their next update, ASAP.

There is no easy way to put this. It is extremely easy to corrupt a Media Pro SE source file. If a catalog is closed improperly due to a power outage or a system freeze, your Media Pro SE catalog will, at best, remove all of the editing you may have slaved over, or at worst it might wipe the catalog clean. Could you imagine losing 128,000 file edited catalog this way? Nope. Me neither.

Never-mind that Media Pro SE doesn’t have an autosave feature and no automatic method to backup catalogs. These are missing features that would’ve been bearable in 2006, but not so much in 2016. 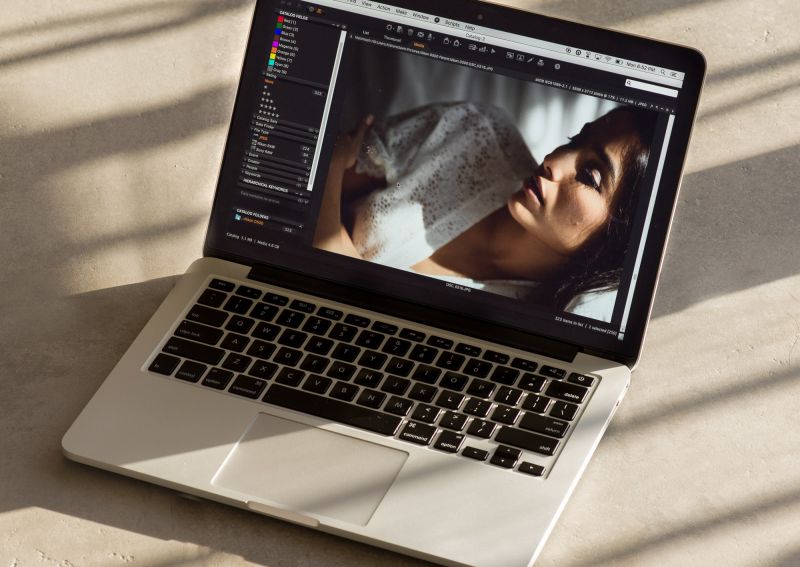 Normally, I’d call these absolute deal breakers, however ingesting, culling, and dragging select previews into a Capture One Pro 9 session is a killer feature for photographers who shoot in the 36-100 megapixel range. Even if your Media Pro SE catalog doesn’t survive, once those preview files go into Capture One Pro 9, they are corruption proof. For some, this feature alone provides enough value to spring for Media Pro SE.

[REWIND: Is It Time To Switch From Lightroom to Capture One Pro? Here’s Why It Might Be]

I’ve been a thorough supporter for Capture One through the years and it continues to be the top tier platform (see my review here), but, to end my review, I cannot in good conscience wholly recommend -the $189 a pop- Media Pro SE until Phase One updates the inexcusable saving issue with this software. If that ever happens, we will definitely revisit this, but otherwise it’s a very promising software.

You can take check out Media Pro SE here.