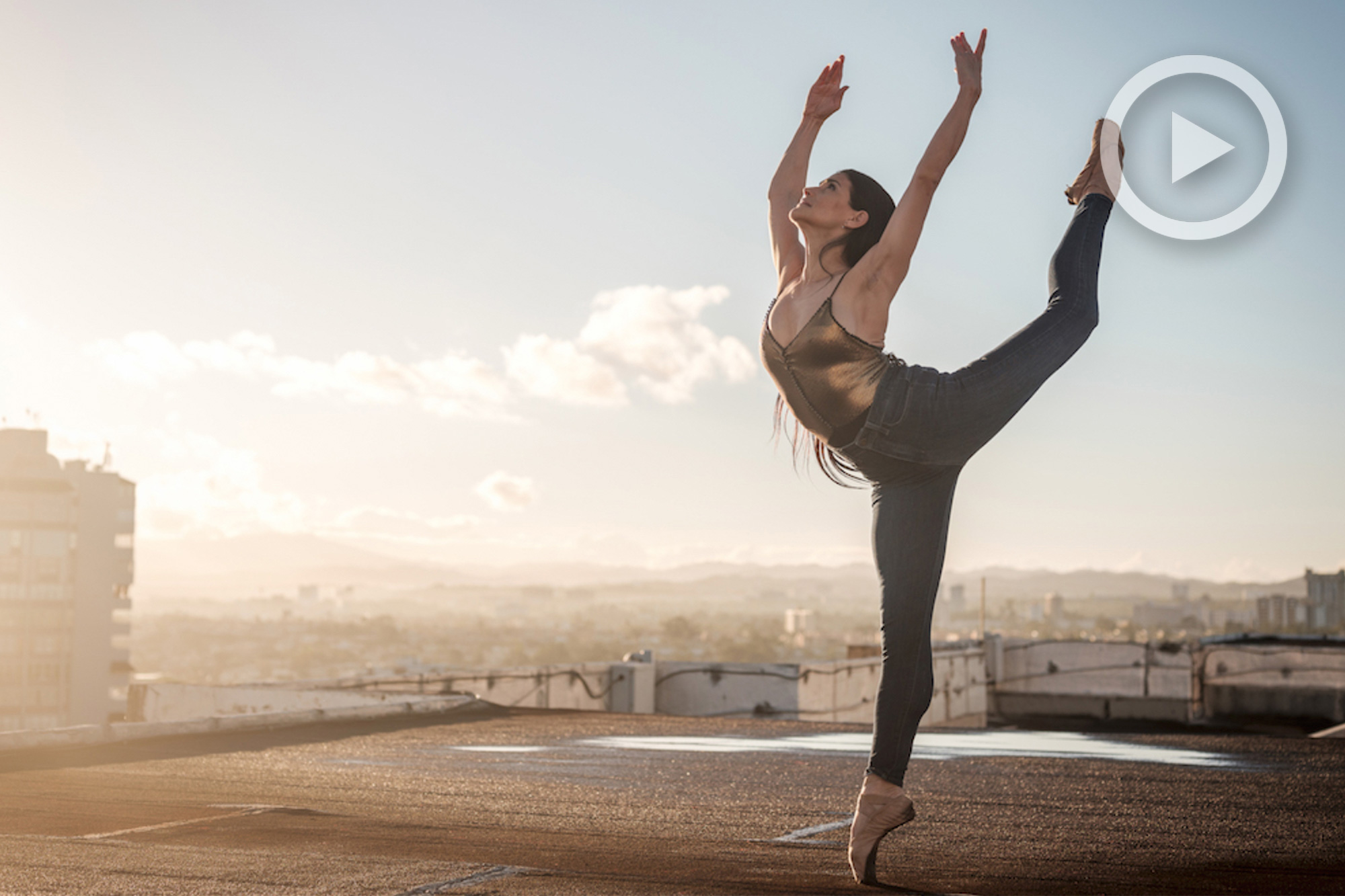 My career in the arts started as a professional mime, and Marcel Marceau was my acting inspiration. But mime and photography are similar in that they both try to tell a story without words, so the transition not only was enjoyable but made sense to me.

For the last 4 years I have developed a series that I’ve become known for, which is photographing dancers in different parts of the world; mostly in big cities such as Hong Kong, Prague, and Rio. With a background in dance it seemed natural, as I not only could shoot the subjects through the lens of a photographer but as a dancer as well. For this episode, coming back to the US allowed me to photograph my home country, Puerto Rico. 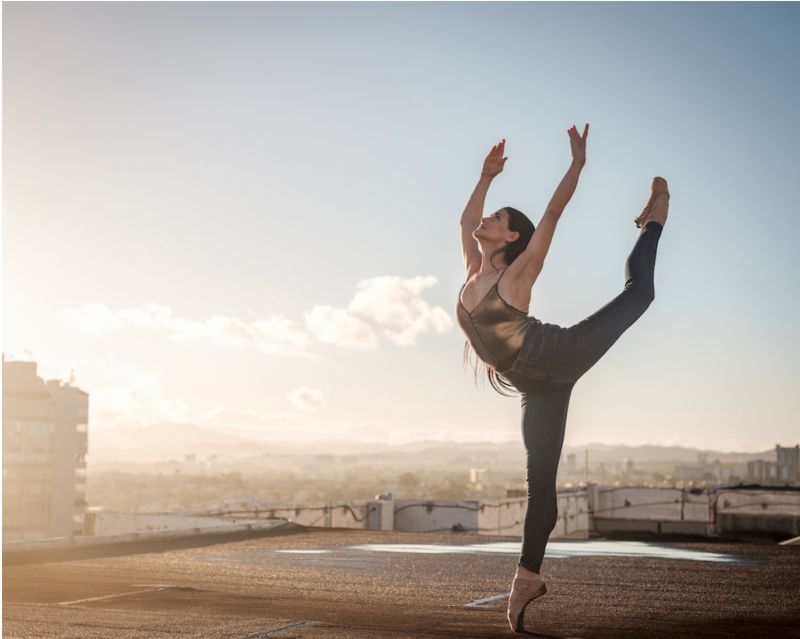 I’m really excited to share with you my episode of Through The Lens series with @adorama. We filmed the episode in my beautiful island of Puerto Rico after hurricane María. Please visit the link on my profile to take a look ! On this photograph: Lara Valentín @lvalentinpr Garment by Namibia Viera @namibiaviera #??? #puertorico #puertoricoselevanta #adorama #ttl #adoramatv

Though I don’t consider myself an ‘activist’, I believe art has a lot of function in society, and while you don’t have to preach through art, it’s aesthetic and wholesome role is useful, and I try to add social justice elements when I can.

I wanted to use photography and dance to highlight the plight of my country after Hurricane Maria, and the political climate given there are still so many people without electricity, debris in the streets, and other hardships happening at the moment. Essentially I wanted to put things in my work that call on people to pay attention to things happening around them.

In the video you will see all the different locations we shot, and many still with the blue tarps people are using as roofs whose homes were destroyed in the hurricane. The dancers are a striking contrast of composure to the disruption around them. 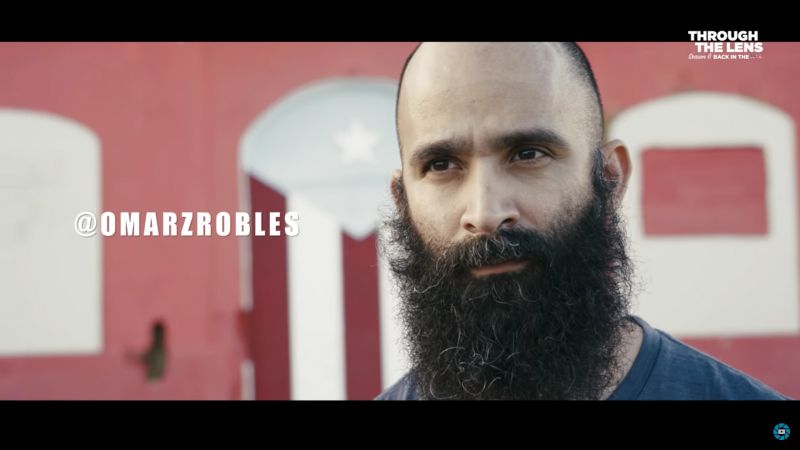 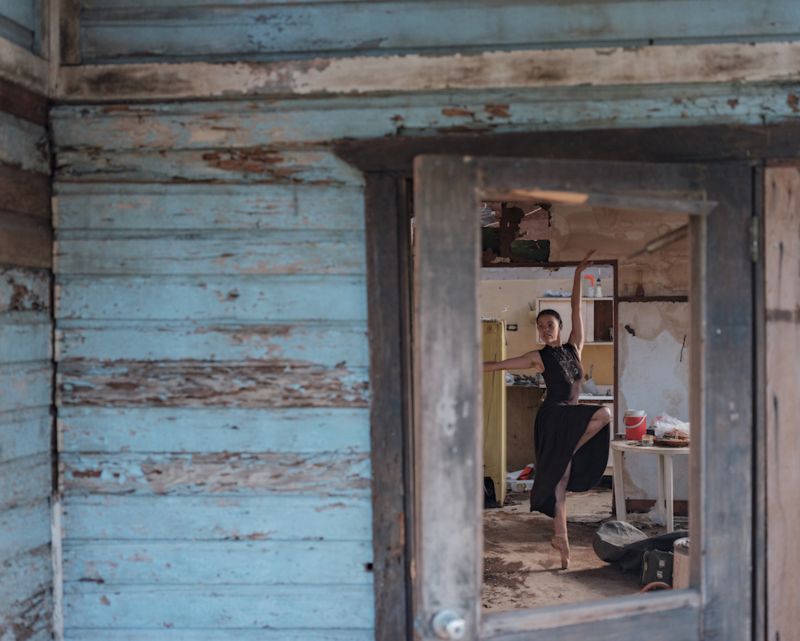 As a Fujifilm X-Photographer it was natural for me to shoot with Fuji cameras. My main daily camera is the X-T2 with a 56mm lens, but for this project with Adorama I used a GFX50S, mostly with the GF 110mm F/2 R, which is close to the 85mm field of view I would normally get with the 56mm . It isn’t the fastest camera and I don’t own one yet, but if I could shoot everyday with that camera I would. The image quality and look of medium format is amazing, and it allowed me to capture the communities we went into in the highest quality.

I hope this inspires you to do good with photography and your community. You can find out more about this project here, and if you’re inspired to help Puerto Rico the following is a charity I would like to highlight:

Get More: You can see much more from Omar on his Instagram, his blog, and his site where you can find his images separated via project and prints.

Also, check out and subscribe to Adorama’s Through The Lens series to see all the great features coming up.

Pelican Case Sale | Over 30% Off For Limited Time 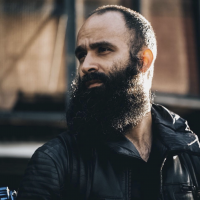 Omar Z Robles is an Official Fujifilm X-Photographer. He’s interest in story telling began with one man: Marcel Marceau. The legendary mime actor taught him how to interpret the world through subtle but riveting movements. Those movements that he acquired as a student in Paris, he employs today in his photo series of ballet dancers. But before juxtaposing the clean lines of dancers against rugged city landscapes, Robles was shooting celebrities, athletes, artists, politicians and city dwellers for The Chicago Tribune’s Hoy, Metro San Juan, Latino Leaders and for his own street photography portfolio. In New York City, he transformed the aesthetic of his street photography by substituting the New Yorker with the New York dancer. Robles directed the dancers to tell stories with their bodies as he had learned from Marceau. The results were an army of miniature stories as told by the gentle flow of the dancers’ bodies. These stories were later passed on by local and international media. (Mashable, Instagram’s Blog, The Phoblographer, The Huffington Post, The Daily Mail, Design Taxi and Harpers Bazaar). He is grateful to the dance community and to his supporters – 135,000 Instagram followers and counting. His social media acumen has made him an influencer for Fujifilm, Gap, Esprit, The Guatemala Tourism Board, Esquire Magazine and other fantastic brands. When he’s not spelunking the city, he’s at home with his wife, enjoying a steaming espresso cup – and editing his photos.