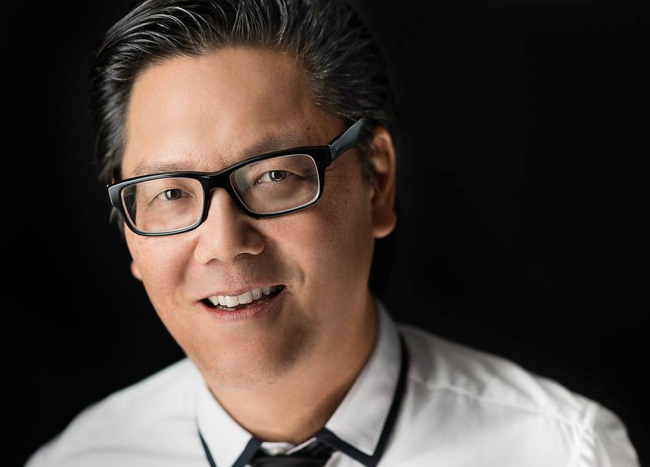 If you have some minutes to spare, and decide to utilize that time watching the featured video, I’d wager it’ll evoke some sort of emotion from you. ‘Go Big Or Go Home!’, hustle, and don’t put forth mediocrity, is the message being, at times, shouted at you by professional photographer Scott Robert Lim. Parts of it can come across a bit preachy, and perhaps sort of Tony Robbins-esque – more motivational speaker than photographic instructor and he can be a little harsh, a little abrasive, and judging from some of the comments, could very well rub you the wrong way. He is though, in my view, spot on.

Scott Robert Lim is an internationally acclaimed, master photographer (Photog Cr. AOPA) with a host of prestigious accolades to his name, and under his belt. That’s all well and good, and gives him a good weight of professional credibility, but for the purpose of what he is trying to get across in this class, it’s his personal story that really begins to bring a sense of weight to his words. You can read his story here on his site, but suffice to say, he struggled much, and fought his way to where he is. 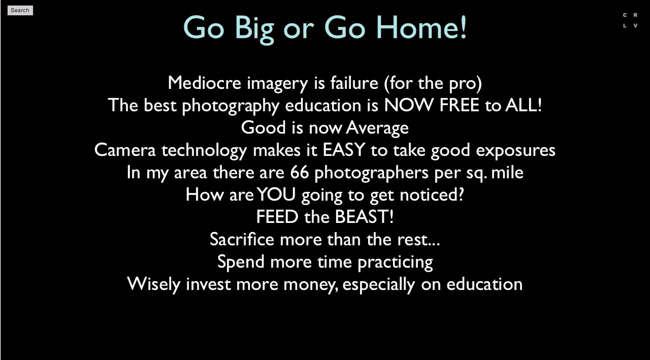 The primary point Lim makes that warranted a share, is that about competition. 66 photographers he found in a square mile of where he lives, and though his math is off as he begins to expand, that number alone should get you, an aspiring photographer, to take a deep breath. The competition is totally, utterly, devastatingly real, and better than you think. As an editor for SLR Lounge, I see a literal firehose of photographic produce on a daily basis, and allow me to reinforce Lim here by saying that ‘good’ is the new ‘average’. You’ve got to be great to be good now, and just as the internet has brought the factors of production back to the masses in business, it has also done so in education. So the resources are there for you to become great, but that goes for everyone else too, it’s really now a matter of dedication. Beware that lollipop of mediocrity, one lick and you suck for life.

See more from Lim on his site, and Creative Live, Photo credit to One Sharp Joe

The Infinity Arm; May Be The Strongest Articulated Arm Yet | Kickstarter