hɪ́stəgræ̀m
Term:
Description: A histogram, in photographic terms, is a graphical representation of the different tones (image data, colors and overall brightness) that is contained in an image. Histograms are very useful to photographers in gauging the correct exposure for a given situation, based on what tonal range they wish to capture. On the LCD display of a digital camera, the brightness of the image alone is not always a reliable representation of the image's actual brightness, especially in very bright sunlight and very dark night conditions. The histogram seen on the back of the camera, since it is a numerical graph, will therefore always "tell the truth" regardless of the screen brightness or the ambient light. 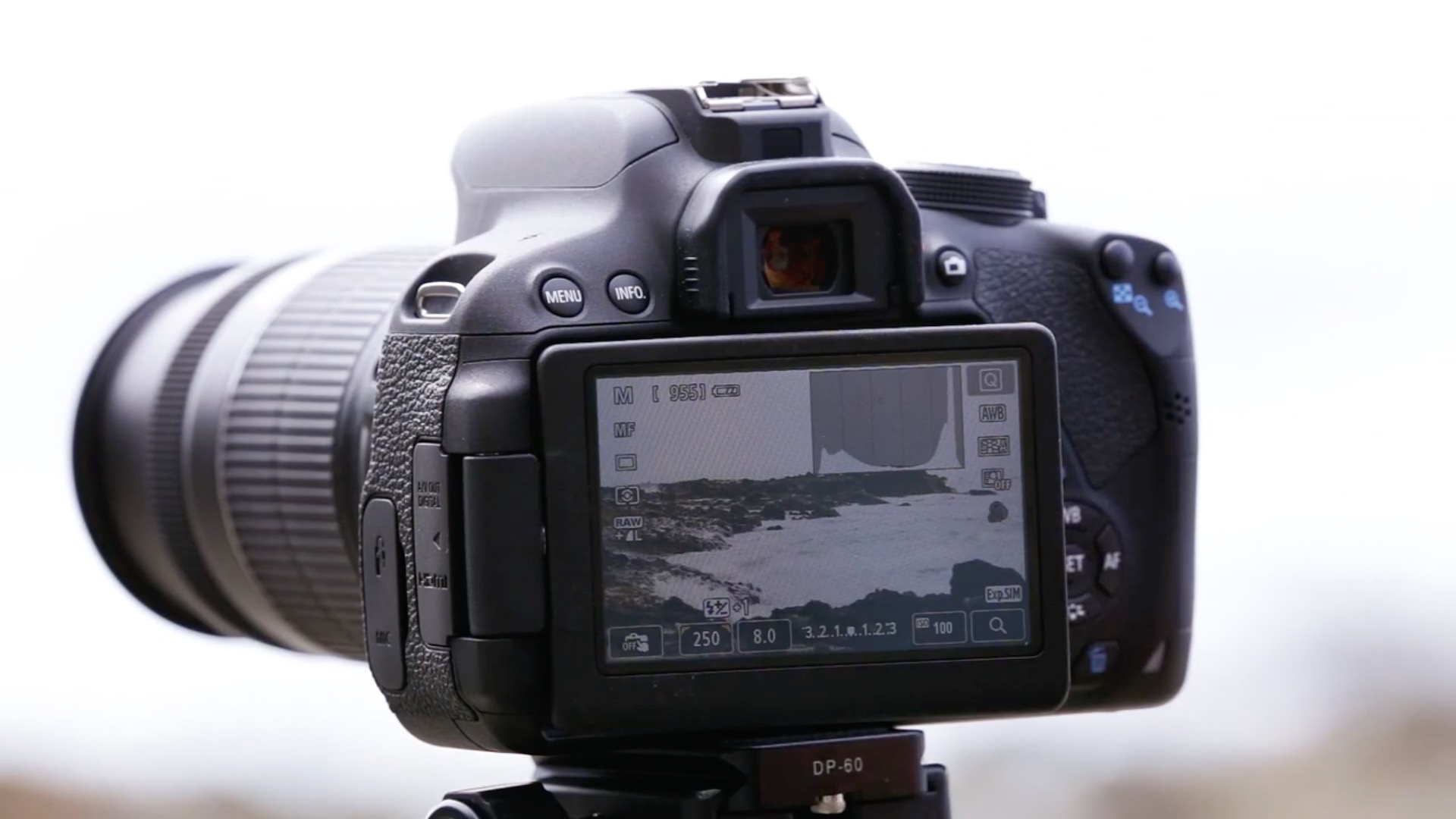 What Is A Histogram?

A Histogram is simply a bar graph. A histogram, in photography, is a graph that displays all of the various tones of an image, on a scale from pure white to pure black. If you captured a properly exposed photo of a grey card, the histogram would be a single "spike" (graph bar) in the center of the graph. If you over-exposed that grey card, the spike would move to the right, towards the white point. If you under-exposed that grey card, the spike would move left, towards the black point.

A photograph which includes all sorts of different tones, such as a blue sky or a green landscape and other subjects, would create a histogram with various bumps and spikes that represent each of the corresponding parts of the image. 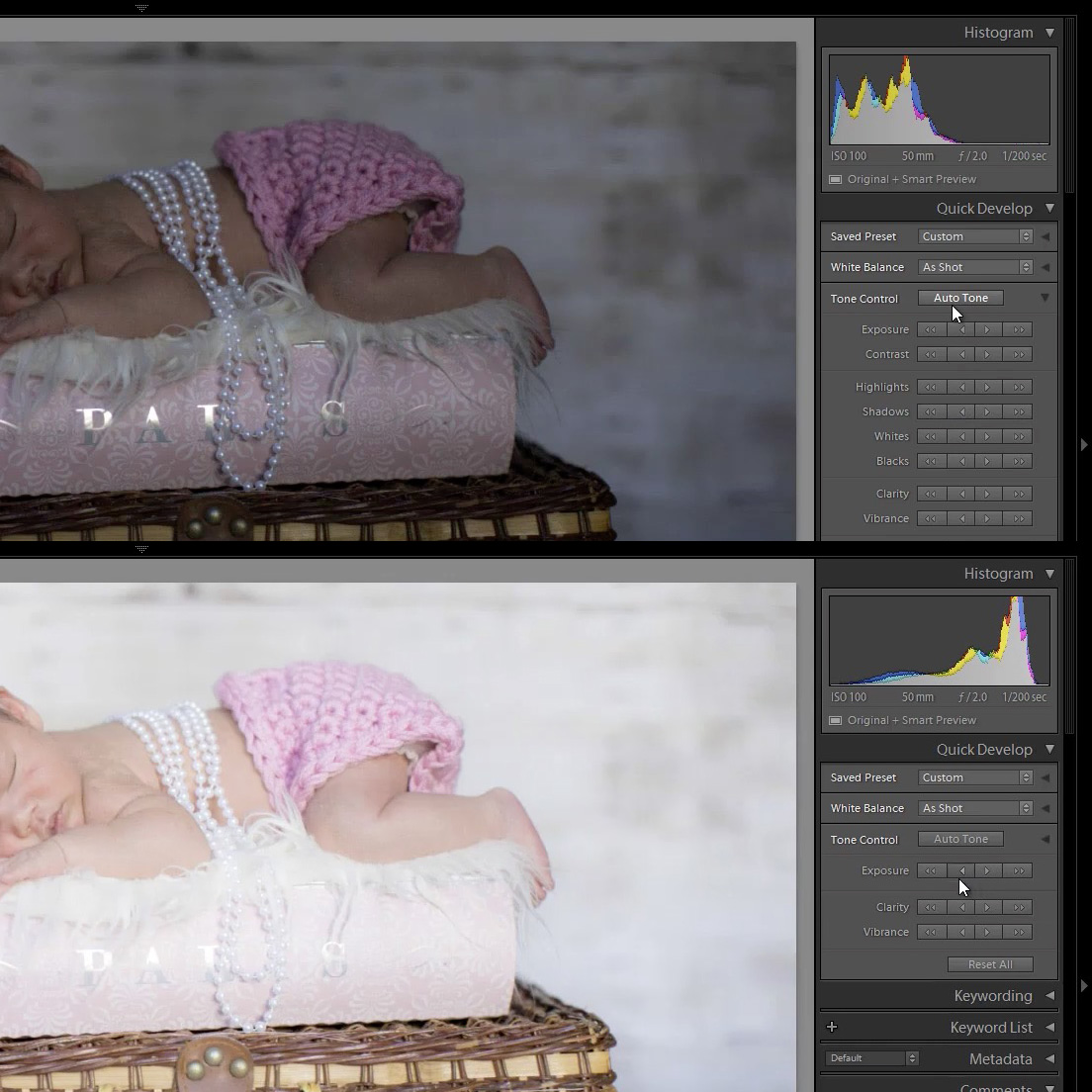 What is an RGB Histogram?

Most cameras will display up to four different histograms for an image. One colorless graph which represents all the tones in the entire image together, plus one red, one green, and one blue graph, each representing the image data recorded for that specific color. A bright blue sky, for example, would show up on a histogram as a blue spike towards the right, or highlight side of the histogram.

If the graph on the histogram actually touches either the left or right edge of the histogram, then the image data from that highlight or shadow is either "lost", (pure white or black) ...or is, at best, not going to look very good.

In order to help the back-of-the-camera histogram to be slightly more accurate to what the raw image will appear like in Adobe Lightroom, for example, a photographer can use their in-camera settings for contrast and "Picture Style" or "Picture Control" to display a more neutral, low-contrast image on the back of the camera, which will more accurately represent how highlights and shadows will behave in post production.

Photography 101: Reading Exposure via the Histogram

Assignment: Histogram and Highlight Alert Practice Note: The following exercise is based on the previous video(s). The Assignment Practice using…

Cloudy Day Photography | How to Get Great Pictures with Overcast Skies

Check out these ten cloudy day photography tips for getting great pictures in less-than-ideal weather.

The next time you find yourself scheduled to shoot in foul weather, use these five cloudy and rainy day photography techniques.

When SHOULD You Blow Out the Highlights?

In this article/video, we’ll show you how and when to use natural light for high key portraits that balance imperfect lighting with a refined, authentic look.

How to Get Correct Exposure in Photography | Exposure Triangle, Part 2

In this article (the second of four), we’re going to walk you through a series of images to help you gain a practical understanding of the exposure triangle and how it relates to composition in the real world.

How to Get Correct Exposure in Photography | Exposure Triangle, Pt. 1

In this article (the first in a series of four), we’ll look at the artistic components of the exposure triangle while we show you how to use it to get correct exposure in photography.