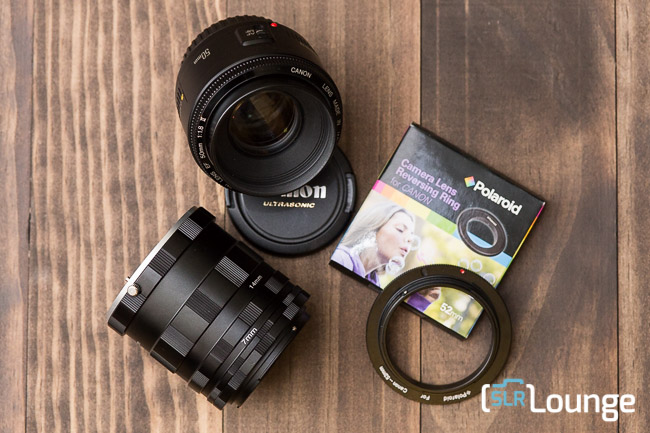 A few days ago, I shared a video which detailed probably the cheapest way to get some amazing macro images by reversing your lens. A piece of gear that was suggested to make the process easier was a little adapter called a reversing ring. A reversing ring attaches to the front of your lens and allows you to mount it backwards to your camera, in essence turning your lens into a magnifying glass, rather than a telescope.

As I mentioned in that post, I was inspired to try out this cheap macro accessory and so I ordered one. I also ordered an incredibly cheap set of extension tubes which is another popular way to get into macro photography.

I got both accessories in the mail on Friday, and have been playing with them over the last few days. They take some getting used to, but I feel like I am starting to get the hang of it. Since I am now starting to get some results that I am happy with, I figured I would share them with you, in addition to my thoughts on the gear. 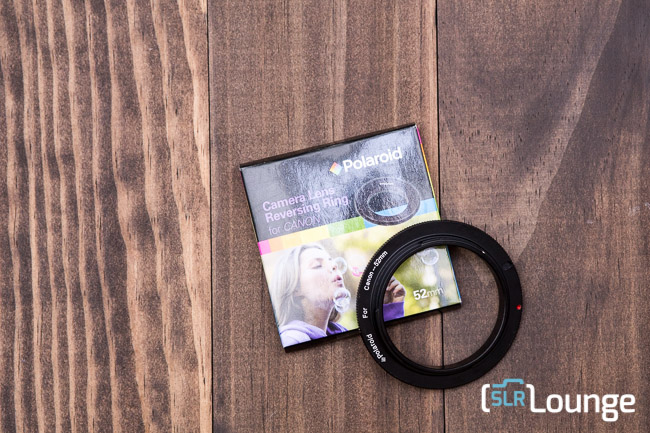 First up is this all metal 52mm reversing ring from Polaroid, which I picked up for around $8 on Amazon. The reason I purchased the 52mm size was that it happened to be the filter ring size on the Canon 50mm F/1.8, which happens to be the widest lens I own currently (this is important because the wider the lens, the more magnification you get). 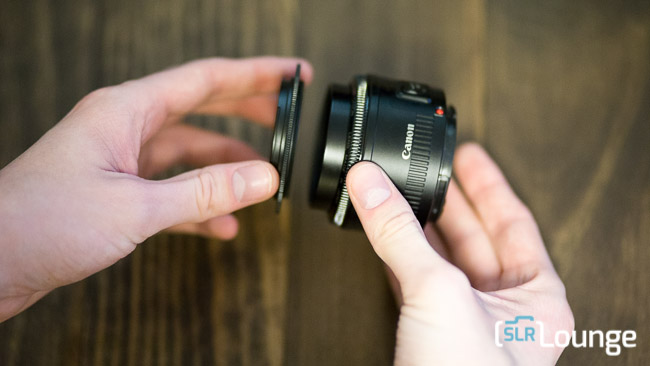 As far as performance, this is where it gets tricky. Since the adapter has no glass it does not affect the quality of the image, so in that regard, we are good. Getting the reversing ring on and off the lens (in my case the Canon 50mm F/1.8) was easy. Mounting and unmounting from the camera (in my case a Canon 6D) is also as easy as any lens, so no worries there either.

Shooting with the Reversing Ring

This was not nearly as easy as it looks in the videos.  Your depth of field is so narrow that it makes shooting by hand a bit tricky at first. After several tries though, you can get the hang of it and then it is just a matter for honing your skill for catching what you want in focus.

I fully admit that I am not great at this yet, I have only had it a few days, but I was able to get a few shots that I felt were good enough to share. One thing I will mention is that the 50mm is not wide enough to get those super macro shots that you think of when you see reversing rings. So, if you intend on buying a reversing ring for those sorts of shots you will want something wider than a 50mm, likely in the 15-24mm range. 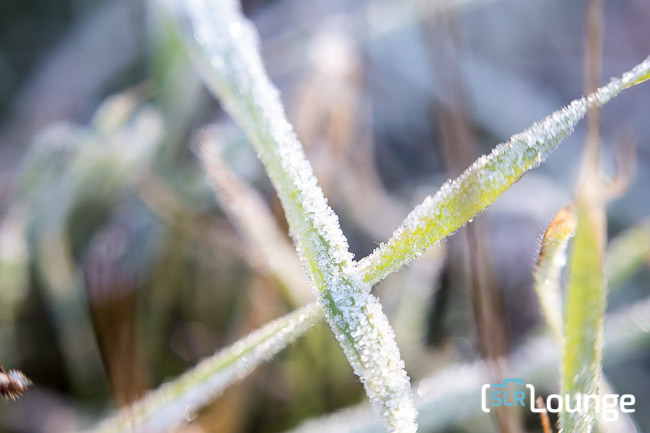 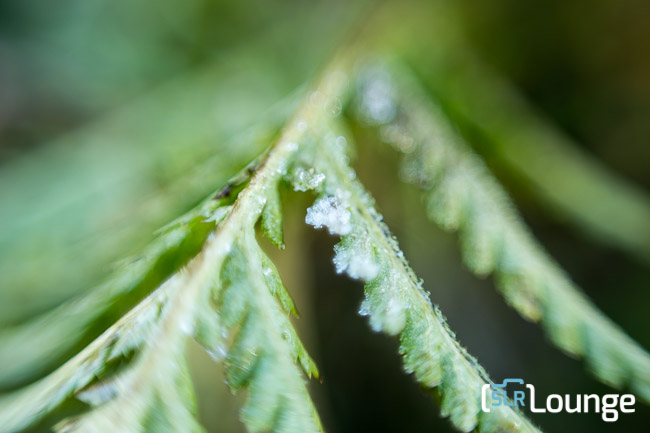 As you can see, these shots are nothing special but they are obviously much closer and more magnified than what you would normally get with the Canon 50mm F/1.8. It also gives you an idea of the sort of depth of field you have to work with. 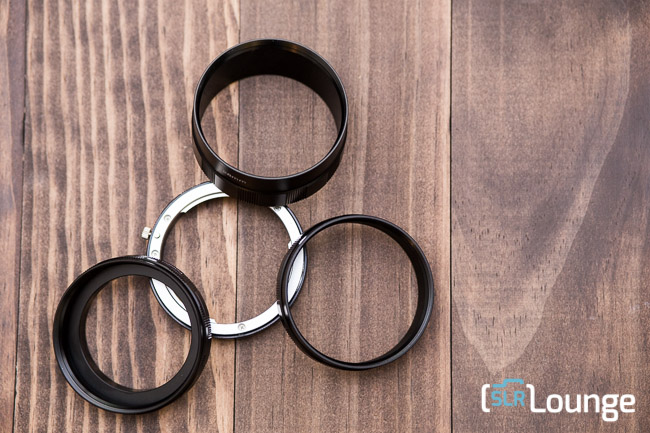 The other cheap piece of macro gear that I picked up was the Fotodiox Canon EOS Macro Extension Tube Set for Extreme Close-Ups. The effect is similar to the reversing ring, except that you do not need to mount the lens backwards and in my case, I was able to get a higher magnification (if I were using a wider lens than the 50mm, then this would not be the case) using the extension tubes over the reversing ring.

The build quality on this set of extension tubes is pretty good. The whole set is all metal, and the construction feels solid. Honestly, both of the accessories I bought feel like they are built better than the 50mm lens I was using on them (but that is the ‘Nifty 50’ for you).

In terms of use, I found it much easier to get the hang of the extension tubes over the reversing ring. I think that had a lot to do with the fact that it made the lens longer, and thus gave me more to hold on to when shooting. 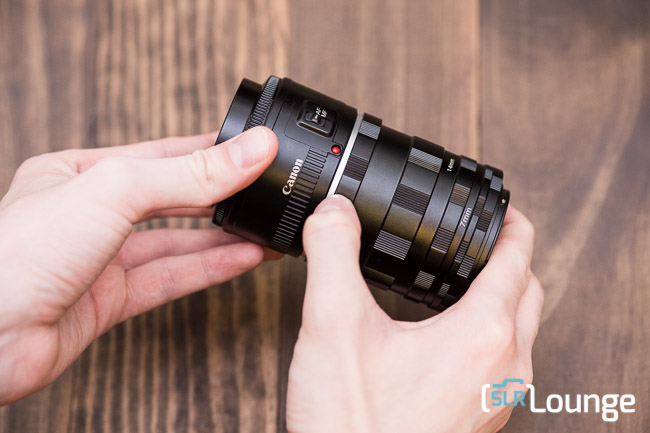 It should also be noted that this set of extension tubes does NOT have any metal contacts, meaning it is all manual focus and -just like the reversing ring – you have no aperture control (unless you have an old lens with it). They do make more expensive sets that do have contacts. Kenko makes one of the more popular ones (cost is around $199, I believe), and those are nice because you can basically use your lens normally with AF and Aperture control. But, for the price difference, and since I am just doing this for fun, these cheaper ones without contacts are perfect for me.

Here are some example shots taken with the extension tubes: 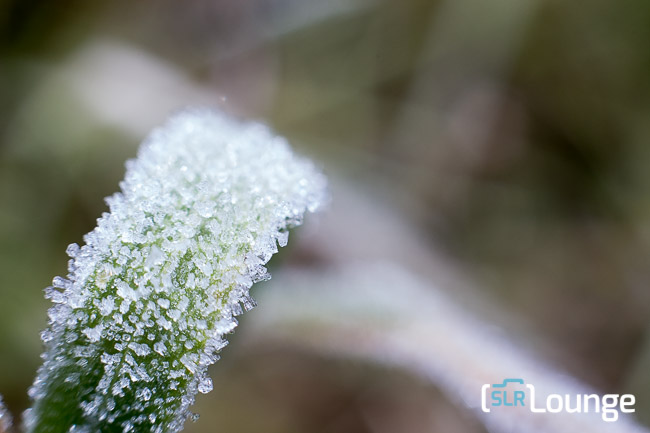 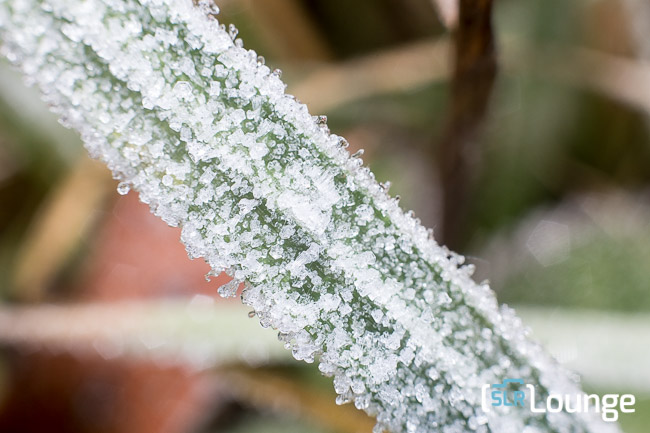 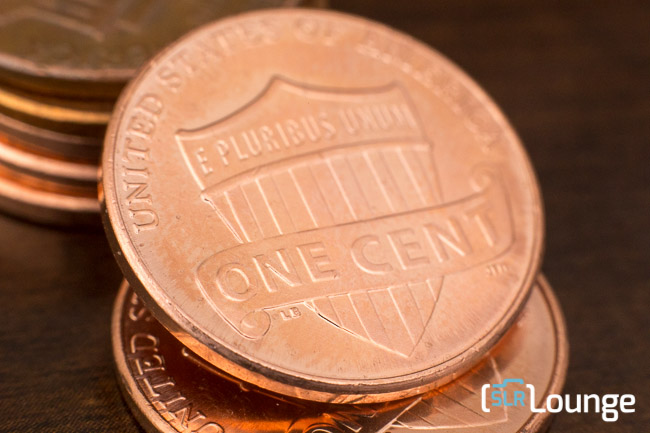 Overall, I really enjoyed playing around with these the last few days. I am really happy with my purchase. Two things are now on my list though, so I can take even better advantage of this new gear. A wider lens, somewhere between 15 and 25mm would be great, and a macro focusing rail so I can really dial in the focus on these macro shots (shooting hand held can be a real pain).

I hope that these two quick reviews are helpful for you in making your decisions on whether or not to purchase these items or items like them. If you have any questions leave a comment below or drop me an email and I will do my best to answer for you.