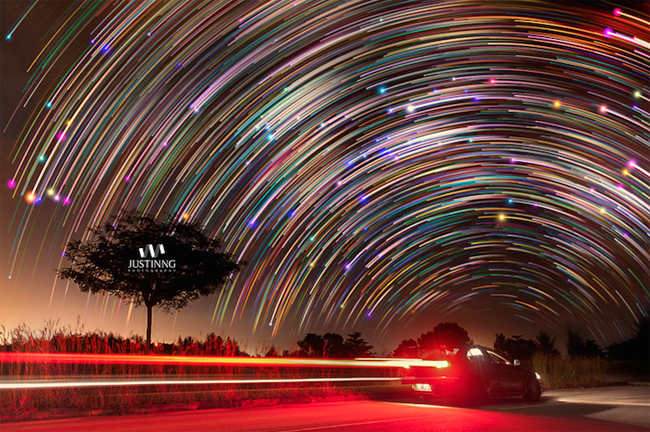 In a city of 5 million people, light pollution would be heavy at best. Many would say that astrophotography there might be an impossible task. After all, for star photography, one needs totally dark skies in a remote desert, right?

Photographer Justin Ng accepted the challenge and has created some spectacular star trail images over the skies of Singapore. Before the purists begin criticizing though, Justin urges you to look at his composite images and appreciate them as creative art, “as they are in no way a true representation of what we actually see in reality…”

I know how star trails look like in the real world and I didn’t want to show you that. I see myself as an artist rather than a journalist, so some of my images may not make the purists happy. In order to create high quality night sky images, almost all of the images need to go through Photoshop. 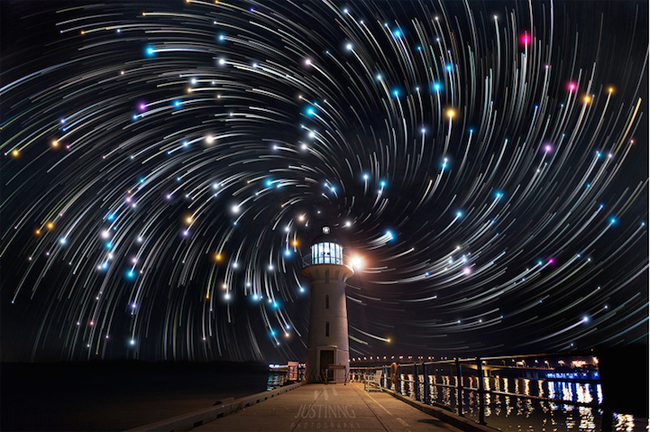 Justin accidentally became interested in astrophotography in 2012 when the self taught photographer inadvertently captured the Milky Way on a visit to Mount Bromo in Indonesia. Only a few years later, he now has accolades and awards under his belt as well as work featured in publications such as publication in world-famous media sources like the BBC, CNN, National Geographic, Yahoo!, Space.com, EarthSky, and UniverseToday.

Taking about 2 hours per shot, he then digitally enhances and stacks his images to give his star trails a colorful, otherworldly effect. To circumvent the heavy light pollution in Singapore, Justin advises to get as many details as possible to from the almost washed out sky. In the dark places in Singapore, you can almost bet that the foreground is undesirable for a star trail shot, which is where his compositing comes in. Also, because Singapore and places near the Equator are non-circumpolar, it is impossible to get fully circular star trail images. 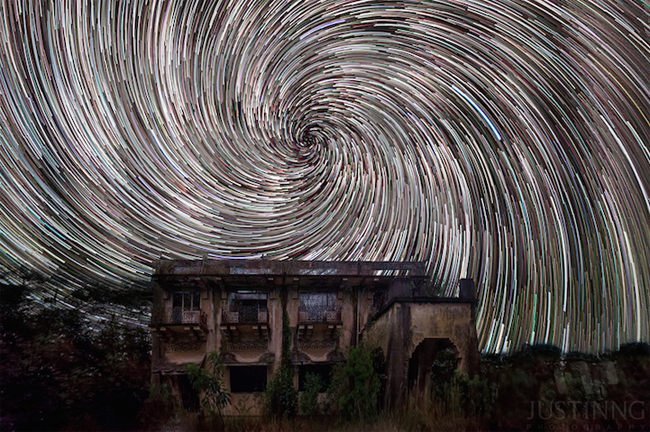 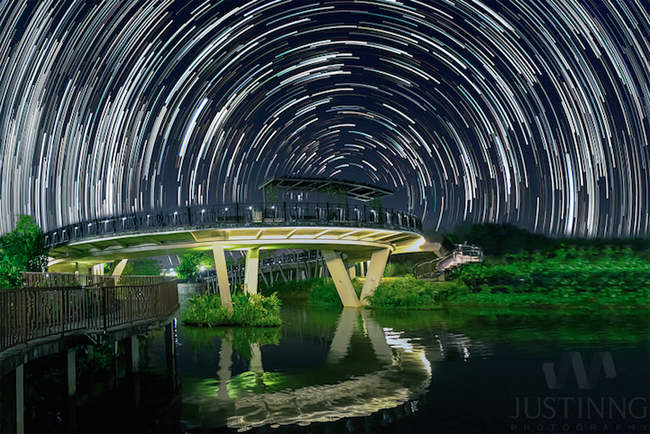 To achieve circular star trails in non circumpolar areas, such as Singapore and any places near the Equator, Justin recommends increasing/reducing the focal length of your lens by a step, using a lens apparatus after each exposure and along with the Earth’s rotation, then stacking all of the images.

“By pointing your camera in a different direction, you may achieve different effects. I did mine in post processing as it gives me more flexibility but either way, you will still need to blend the star trail image into your foreground photo. So you can be sure almost 99.9% of the spiral star trails images you see on the internet are all photoshopped.” 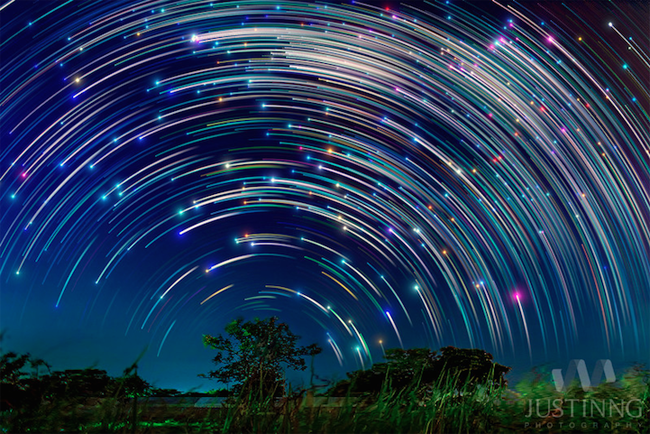 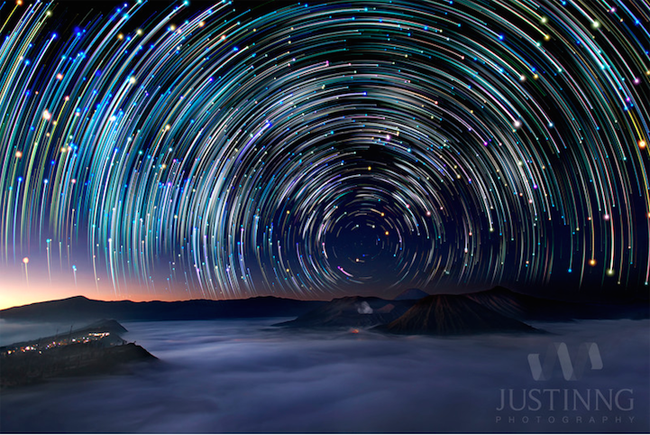 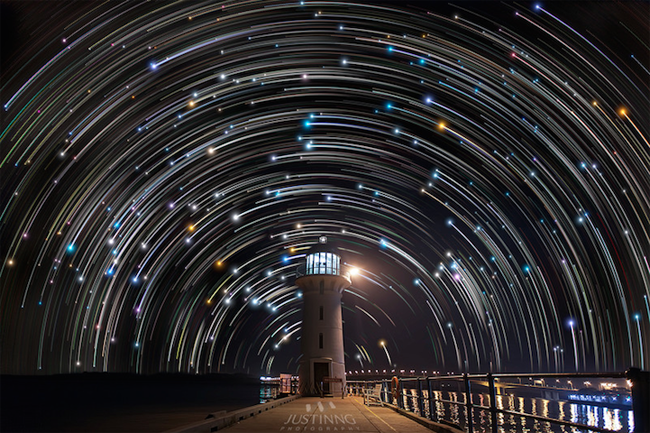 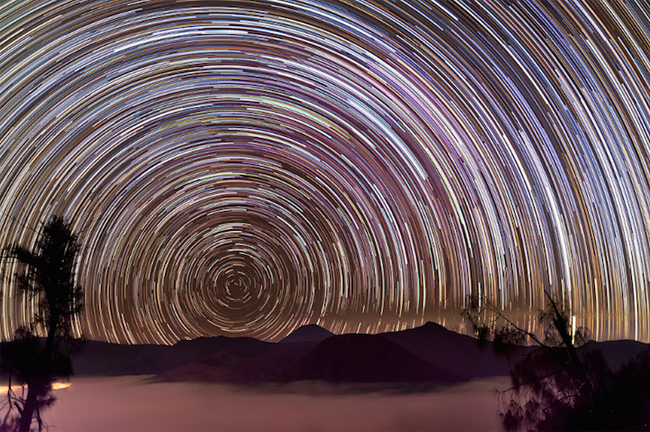 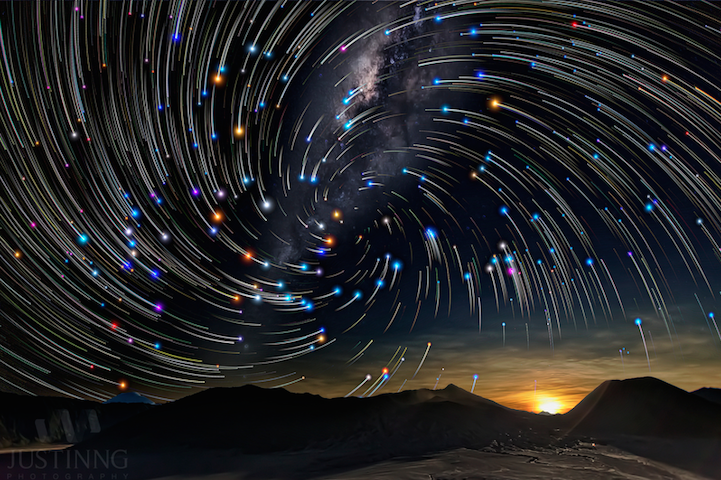 Justin is also currently working on a series of rare Milky Way images taken in Singapore. You can see more of his work on his WEBSITE.

CREDITS: All photographs shared by Justin Ng are copyrighted and have been used with permission for SLR Lounge. Do not copy, modify or re-post this article or images without express permission from SLR Lounge and the artist.

[Via My Modern Met]