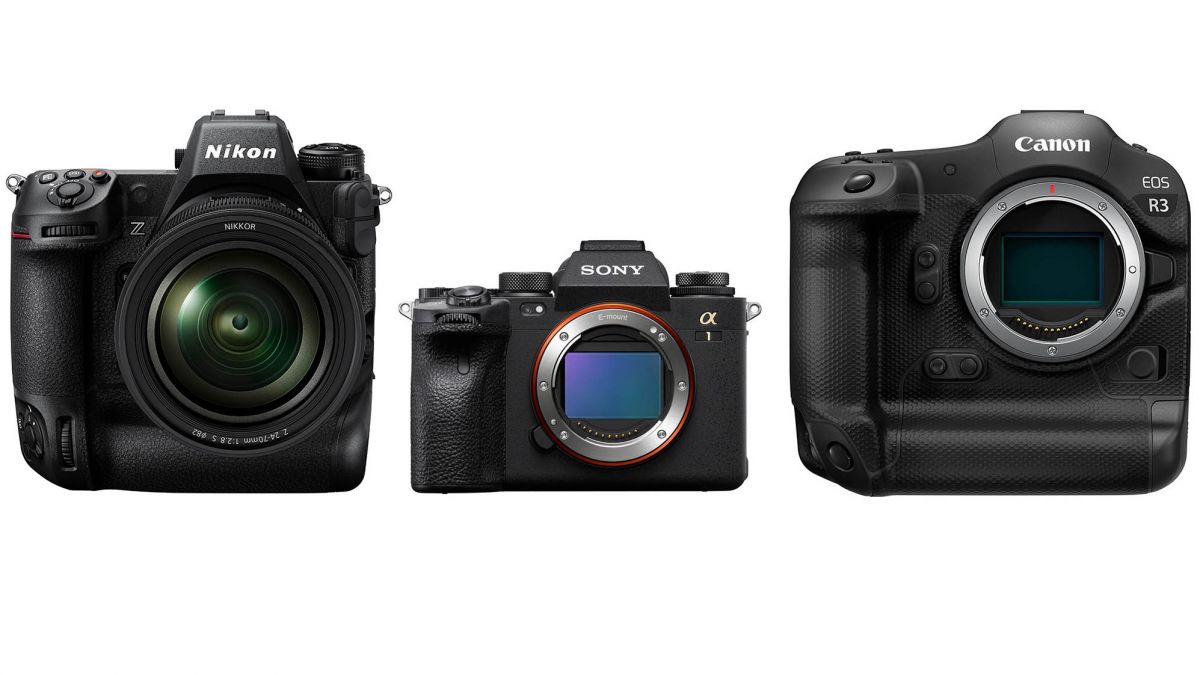 It seems that in the coming weeks or months, we will see the long-awaited professional flagship mirrorless cameras from both Canon and Nikon! Of course, right now all we have are rumors and other vague news, but in this article, we will attempt to do a Canon EOS R3 VS Nikon Z9 comparison.

NOTE: This is pure speculation based partly on unverified, unofficial information, and partly on official, “we’re working on something!” announcements. We DO NOT have final news yet regarding either camera. (R3 or Z9)

If we do get both the Canon EOS R3 and the Nikon Z9 by the end of this year, that will make 2021 the year that all three of the big camera brands debut(ed) their highest-end flagship action-sports cameras.

…Or will it? Actually, Canon might have hinted that they may be using the number “3” to denote that there could still be an “EOS R1” coming out later! Either way, this is a very exciting year for high-speed professional mirrorless cameras, indeed.

In this article, we’ll state the (rumored) specs of the “unannounced” Canon EOS R3 and the “imaginary” Nikon Z9, and then we will attempt to compare them against the currently available Sony A1, because it seems to be the closest competitor to these two flagships.

Please feel free to speak up with your own comments, such as whether you think these specs are even true or not, or if you think any of these cameras or any lone specification is either a game-changer or a deal-breaker! We love to hear from our readers. 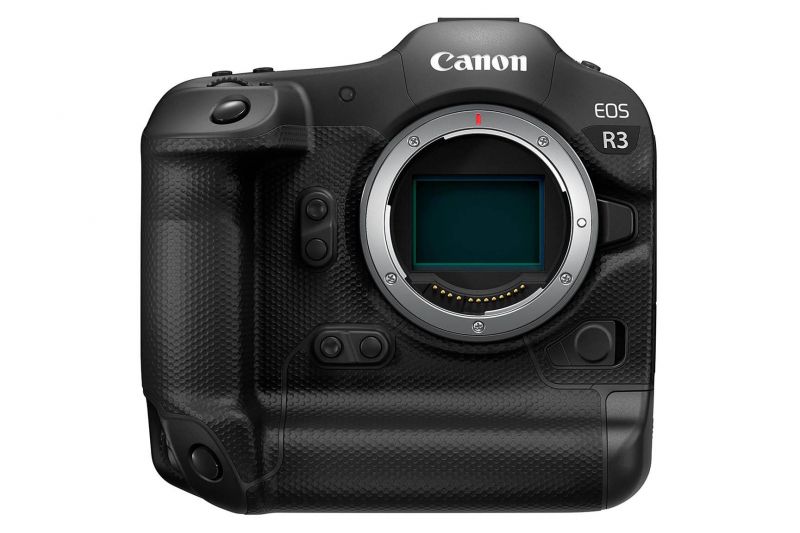 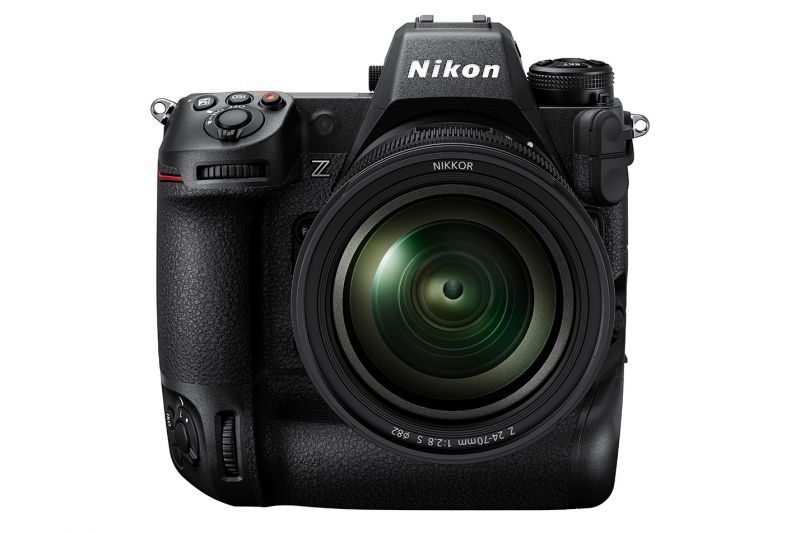 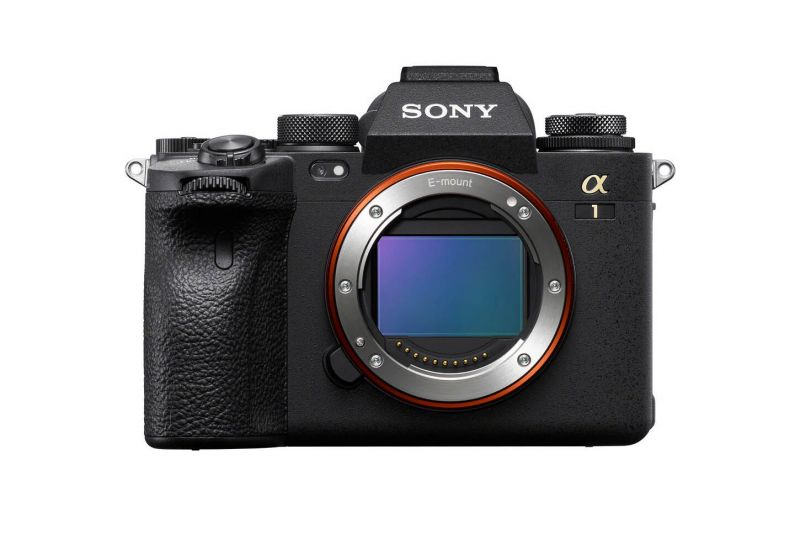 Okay, what is the deal with these cameras? They have quite a few similarities, such as being able to hit 30 FPS for raw still photography. However, some things absolutely stand out, even in terms of FPS, since apparently for example the Nikon may allow even higher speed shooting at a lower resolution. Translation: The important speed-related specs seem the same, but there might be unique features that some high-speed action photographers should be interested in.

Leave it to Nikon to both match the competition in terms of the primary spec, (30 FPS) …while also adding a little something extra that makes things really interesting. Can you imagine being able to capture, say, 20-24 megapixel raw NEF files at something like 60 FPS?

Canon, on the other hand, could have an impressive advantage for certain types of action where the photographer themselves is experiencing a lot of movement because Canon’s stabilization system is the only one that combines both sensor-based and optical stabilization, offering a whopping 8 stops of shake reduction! (Of course, keep in mind that this is a feature you can get on the ultra-affordable Canon EOS R6 already, for just $2,500!)

All in all, there aren’t many features that really stand out above the crowd.  They are all high-speed action cameras with whatever you want to call it: speed, firepower, etc. Translation: they will be a potential eclipse for the flagship DSLRs like the Canon 1DX III and the Nikon D6, which honestly many action sports & wildlife photographers still prefer.

If anything, there’s one key spec that stands well BELOW the competition, and that of course is the Canon EOS R3’s “meager” 24-megapixel sensor. With both Nikon and Sony offering 8K-capable sensors that hit 30 FPS, Canon’s decision to make a 24-MP camera really does make me think that there is a Canon EOS R1 that we have yet to see.

Honestly? There are numerous cameras these days that offer 15-20 FPS and 20-24 megapixels, and some of them are “dirt cheap” compared to the likely price of these incoming flagships!

Let’s speculate for a moment about price tags. The Sony A1 is currently available for about $6,500, which is the same price as both the Canon 1DX III and the Nikon D6.

So, will Canon and Nikon charge $6.5K for their new mirrorless cameras? Honestly, I’m not sure. If the Nikon Z9 truly is “a Nikon D6 with a Nikon D850 sensor” then yes, it’s worth $6.5K. Nikon might go as low as, say, $5,999 if they feel they need to be competitive, and make mirrorless a little more attractive.

The Canon EOS R3, however, is even more likely to cost less than $6.5K in my opinion. This is because of the likelihood that Canon is leaving room above the R3 for a “Canon EOS R1”. I like the idea of the Canon EOS R3 arriving somewhere between $4.5K and $5.5K.

Honestly? The biggest surprise to me is the Sony A1’s price tag. Because I really don’t see it as a $6.5K camera compared to, say, the Sony A9 II. Yes, it’s got enough resolution for 8K video, but so does the Canon EOS R5, at $4.5K. Yes, the A1 has got lots of other improvements, from the gorgeous viewfinder to the blazing speed. But, are all of these things really worth naming the camera something different than an A9 III? If you don’t shoot video and don’t make enormous prints, the answer is no.

Is the Sony A1 a flagship camera? (Or an expensive A9?)

[Related: Sony A9 II Review | Staying One Step Ahead of The Competition?]

I feel as if, in order to earn that flagship price tag, Sony should have done a complete redesign of the body, and included the vertical grip, of course. Maybe Sony did a lot of market research and decided that more than 50% of potential buyers actually preferred to just have a vertical grip be optional.

Either way, I would have preferred to see a truly innovative, new body redesign, one that truly pulled out all the stops, as Canon and Nikon always did with their own flagship bodies.

Instead, physically, the Sony A1 is a Sony A9 II with some of the Sony A7S III updates thrown in, such as the locking latch on the memory card door, the impressive viewfinder, and the updated high-speed memory card compatibility. All of these are features that I hope to see in an A9 III for around $4.5K, by the way.

That is why, considering the whole array of blazing speed improvements, plus the high-megapixel sensor, I really feel like the Sony A1 “belongs” at around $5.5K. (It will probably drop in price over the next year or two, of course.)

All in all, there are a lot of neat features showing up in one or both of the new Canon and Nikon high-speed action sports & wildlife cameras. Things like car subject tracking to go with the face/eye/wildlife tracking, are cutting-edge mirrorless AF technology features that I really like to see!

Other features, like being able to use flash with the electronic shutter, (Canon) or being able to adjust the volume of the sound of the shutter itself, (Nikon) seem really odd and quirky, and I feel like they might just be rumors.

Last but not least, it will be great to see more cameras have an additional protective shutter to help keep dust off the sensor when the camera is off and/or when changing lenses, (Z9) and especially for high-speed action shooters, it is very intriguing to imagine a feature such as low-megapixel, extreme FPS shooting modes that allow raw stills to be captured as high as 120 or even 160 FPS!

Portrait Photography | How to Choose the Right Backdrop Color