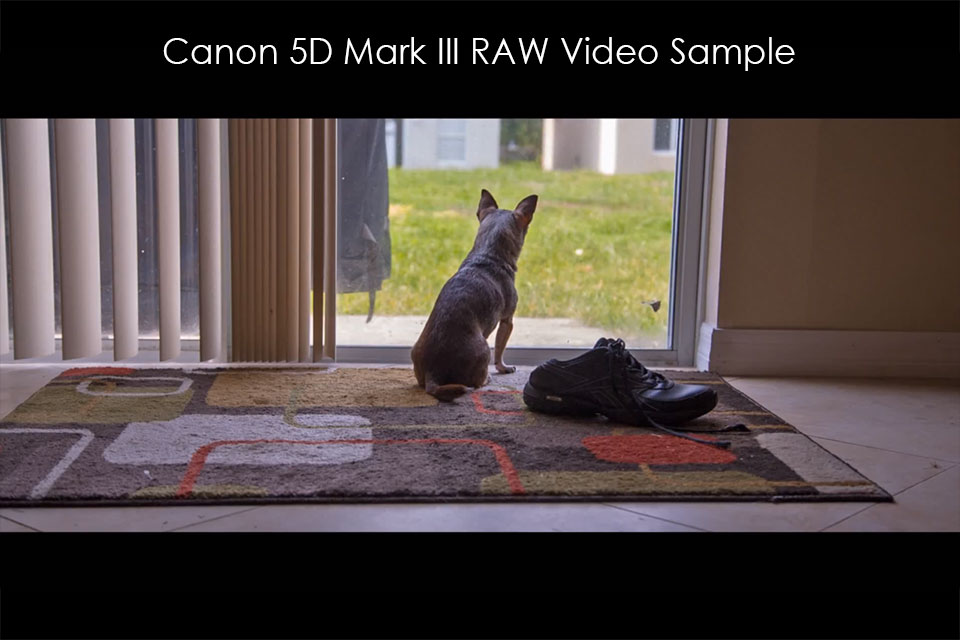 It hasn’t even been one month since we learned that the team at Magic Lantern was able to record 14fps RAW video from the Canon 5D Mark III, but as reported by NoFilmSchool.com, lourenco from Magic Lantern has successfully recorded continuous video at 24fps 1928×850 All-Intra, which gives him enough room to crop to 1920×817 for 2.35:1 wide screen aspect ratio.

This sample RAW video is recorded at 1920×820 resolution at 3MB/frame or 72MB/second. Note the exposure inside and outside the room, as well as the black shoe.

Here is the standard h.264 video that comes with the 5D mkIII. Note the overblown highlights outside and the clipped black shoe inside.

Pros and Cons of RAW Video

Just like RAW stills, the major advantage of RAW video is the expanded dynamic range and resolution. What’s more, with the progress that Magic Lantern is achieving, it is starting to look like that having RAW video may become a reality for Canon 5D mark III users (no word on the mark II DSLRs, though).

There are some bad news, however. First, at 72MB/second for 24fps video means you will have some serious space issues to think about. Additionally, lourenco was shooting into a Lexar Professional 1000x 32GB CF Card and it’s pretty much guaranteed that a high-capacity, high-speed CF cards will be required. The RAW video’s super-high data output rate is the reason why the Blackmagic Design Cinema Camera and RED cameras record to SSD.

Finally, stability will be a challenge for extended recording time because there is a higher chance that the sensor can overheat due to the RAW output. It’s one of the reasons that the Panasonic GH3 can be rock-solid in extended 1080p 60p video. That camera actually has a heatsink built into the body to specifically to dissipate heat during filming.

To learn more about Magic Lantern’s 24p RAW video, be sure to check out NoFilmSchool.com and MagicLantern’s forums.

Thanks to The Phoblographer for the find!