Up until recently, most of my photography work has been shot with a Canon 5D Mark III and a small, but heavy and expensive collection of L lenses. Over the past year I’ve been experimenting a bit with my approach to photography and filmmaking, utilizing the smaller and more affordable, but just as good mirrorless offerings, including cameras from Fuji, Panasonic and Olympus. I must admit, I did sell some of my Canon gear and then buy similar stuff again (via eBay) on a few occasions, and yes, I did waste time and money in the process. I just couldn’t make up my mind and one minute, I felt confident I could do all my work with smaller mirrorless cameras, and then the next minute, I felt like I needed the full frame Canon again with fast primes. It literally started to send me around the bend. This had very little to do with the capabilities of the cameras and everything to do with me and what I thought I needed to do the job. A beautiful picture can be captured with anything, but some are better than others at certain things. After hearing and reading so many glowing reports about the new flagship camera from Olympus OM-D E-M1, I really wanted to try one out for myself and put it to good use. I got in contact with Olympus here in the UK to inquire about using their flagship OM-D E-M1 for some of my work going forwards. I already owned and used the Olympus OM-D E-M5 in the past and also use the Panasonic GH3, alongside my Canon 5D Mark III (more for filming than photos), so felt quite familiar with what it would produce.

Olympus UK were super helpful and after a phone call and a couple of emails, they organized for a new OM-D E-M1 with 12-50 lens kit to be sent out to me. I received it the very next day. As most photographers will tell you, getting new gear, especially of this caliber, can easily be related to being 6 years young again on Christmas Eve, very exciting. Trying It Out For Fun

With my new toy in hand, I charged up the battery and headed out the door with family in tow –  something I rarely do with the Canon 5D Mark III because it’s simply too big and heavy for family stuff unless planned. I shoot quite a lot of children’s portraits and families. I also shoot weddings and people moving around, so I felt like it would be a good test for the camera. Also, it was my family, so there’s no pressure, just go out and take some natural photos of the kids playing and get a feel for the camera. Amongst all these storms here in the UK, we actually had a very rare sunny moment too, which helped.

I took a bunch of different photos trying to get used to the controls and how everything works. The EVF is awesome, although I can still tell it’s an EVF and not an OVF, which is neither good or bad, just an observation. The focus speed is fast, I can’t tell a huge difference between my Canon 5D Mark III and the E-M1 (very unscientifically tested, of course). The Olympus OM-D E-M1 is one of the best handling cameras I’ve tried, but as with anything new, it does take a bit of getting used to and a bit of time to set it up to suit your shooting needs. My main stills camera for the past year has been the Canon 5D Mark III and I know it like the back of my hand. The Olympus felt quite different to shoot with. I kept forgetting to change the multi-selector switch back from position 2 to position 1, so I ended up changing my white balance/ISO a lot when I meant to change my aperture/shutter speed. Not a big deal to be honest, once you get used to this, it’s very fast to operate.

I also shoot a bit of HDR from time to time. The HDR function on the E-M1 is great, but it’s a shame you can’t select the 2/10 second self timer whilst in HDR mode, allowing you to take the photo without touching the camera and not needing the remote shutter release. The plus though is the E-M1 shoots at an incredible speed, combined with the amazing 5 axis image stabilization, you can actually hand hold the camera for some HDR photos in good light. Becoming One With the Camera

For me personally, a camera is more than the sum of its parts and I need to spend more time with the E-M1 to become one with the camera, so to speak. I also need to work out how to get the most from the sensor in terms of image quality and then post processing them. It is quite different to my Canon 5D Mark III and, in fact,  my previous Olympus OM-D E-M5. I also shoot with some Fuji gear and for me, I love the images out of the Fuji’s and I love the feel of the camera, too. The E-M1 is taking a little more getting used to than I thought it would. I want to love this camera and perhaps, in time I will, but right now, after my admittedly short time with it, I’m not there yet. So far I’ve only used the kit lens and the 45mm 1.8 so perhaps some other primes would develop my love for the camera quicker.

I have a on again/off again relationship with the face recognition. It always nails the focus and is very helpful, but sometimes it’s on the wrong eye/person/area. I think, until you can plug the camera into your brain so it knows intuitively what you want it to focus on, this is inevitable and will be the same with most cameras. It does an amazingly good and very accurate job, but it can’t read my mind yet. It is however a gazillion times better than the Canon 5D Mark III which doesn’t have it at all. I do still find it easier to move the focus points around on my Canon though and just as quick as the auto face recognition. That little joystick on the Canon 5D Mark III is awesome. Moving the focus point around on the E-M1, with the little directional pad buttons can be a bit fiddly. I love how you can use the screen to touch focus, but not if you are using the EVF at the same time. The Panasonic GH3 is great in this respect as you can fold out the touch screen and use it to focus even when your eye is stuffed into the viewfinder, brilliant and very quick indeed.

Picture quality is the big question for many. Is it good, is it good enough? Yes, it IS good. It doesn’t have the same punch to it as a camera with a full frame sensor and I don’t expect it to. Just as any full frame sensor doesn’t have the same punch to it as something like the Medium Format Phase One IQ250. It’s different tools for different jobs. I wouldn’t expect a builder to turn up with just a hammer to build a house. The right question to ask is, “Is the image quality good enough for you and the work you do?” For most, it will be. For me, I’m still undecided. It’s a very personal thing and I’m insanely picky about it, too! As I said above, I need to spend a bit more time with the camera to get the most out of the images. I don’t generally sit at the computer zoomed in to 100 percent anyway, and from normal viewing/printing sizes the image quality is awesome, as is testament by many very talented photographers using this and other Micro Four Third cameras throughout the world and producing fantastic work. I recently wrote an article for Small Camera Big Picture detailing a shoot I did with the Panasonic GH3 that was used for the front cover shot for a national UK flying magazine. As you can see, these sensors really are plenty good enough for most applications.

Dynamic range and Colors are great, a bit greener than what I’m used to on the Canon 5D Mark III, but it’s a simple white balance/tint adjustment in Lightroom to sort it out and the Canon is quite known for it’s warmer colors, which I do actually prefer. I’ve never been a big fan of the straight out of camera Nikon colors, preferring the warmth from the Canon files. The Olympus OM-D E-M1 seems more similar to Nikon colors than Canon. The raw files are solid and withstand more or less the same amount of abuse as my Canon files. That’s it for now, until I get a few more hours of use under my belt, these are just my first impressions. All these photos were taken with the Olympus OM-D E-M1 and 12-50 kit lens. I edited these images in Adobe Lightroom using the SLR Lounge and VSCO Film Presets Systems. Very exciting results from both companies and well worth investing in, with VSCO having added more Olympus specific camera profiles recently. I might write a post about getting the most out of the Olympus OM-D E-M1  using the Lightroom presets from SLR Lounge and VSCO Film if anyone’s interested?

I’m also looking forward to getting hold of the recently released M.Zuiko 12-40 f2.8 Pro lens to use with the Olympus OM-D E-M1 asap and will be writing about that, too. I will be shooting some more air to air shots with this setup very soon and luck forward to sharing the result. 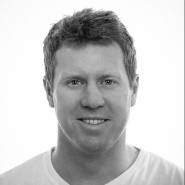 Ki Thomas is a freelance photographer, filmmaker, graphic designer and writer based in the UK. Ki is known for his approachable, friendly and professional ethos. Specialising in small / start up business promotion, initiating projects and driving companies forward through a successful, sustainable and creative vision. Link up with Ki via his Website, Facebook or Twitter.