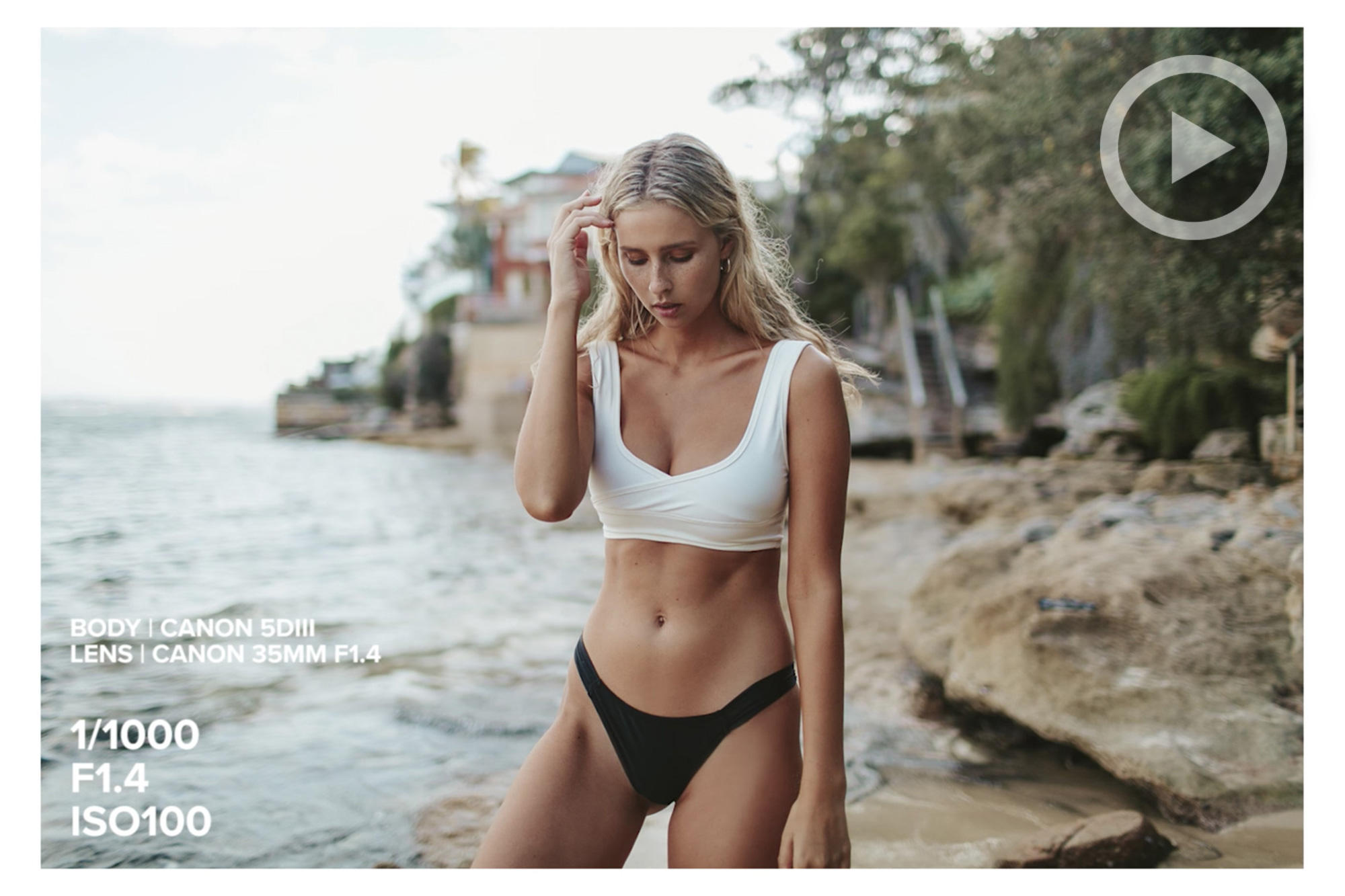 Julia Trotti has been making a name for herself on YouTube in recent months, and it’s not difficult to see why. She’s a charming photographer in Australia who shoots a variety of natural light and casual set-ups that fit with a popular aesthetic of the moment, and does it all in a ‘behind the scenes’ look.

While her videos aren’t particularly educational from a traditional standpoint, they do impart some of the things you can’t learn from reading. Essentially, you can pick up ways to interact with a model, angles, how to use certain locations, and get a feel for the energy of a casual shoot – none of which is learned as effectively as through watching via example, and for that alone they’re worth it. In her latest video, however, there’s something else to pay attention to.

It was brought to my attention from an SLRL audience member who was asking about what he had seen in the video in relation to equipment used. It’s a simple beach shoot where Julia is using a Canon 5D Mark III and a Sony A7ii interchangeably, but she voices a few critiques about her use of the Sony system which he was curious about, and which many may be given the ever-growing interest in Sony.

She points are that the EVF looks very ‘digital’ and thus she prefers to use the rear LCD on the Sony compared to using the viewfinder on the Canon, on which she hates the rear LCD.

Well, the simple way to address this is that digital EVF’s are not quite as smooth as OVF’s at this time, and particularly with the A7ii compared to its newer sibling the A7iii, and even more so the A7Riii and A9. It’s been one of the debate points of late, weighing the value of the EVF differences between the A7iii and A7Riii. As someone with both on my desk my opinion is that the better EVF in the A7Riii makes a significant difference to me, and I would assume Julia would also notice that difference. The A7Riii is still actually more in line in price with the 5D Mark III than the A7ii or A7iii. But there’s no debate that EVF’s aren’t quite yet as fluid as we’d naturally see. Though it’s coming. 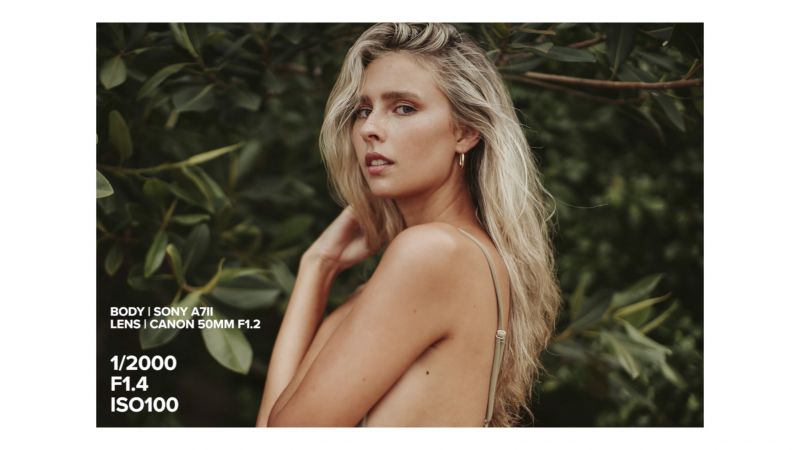 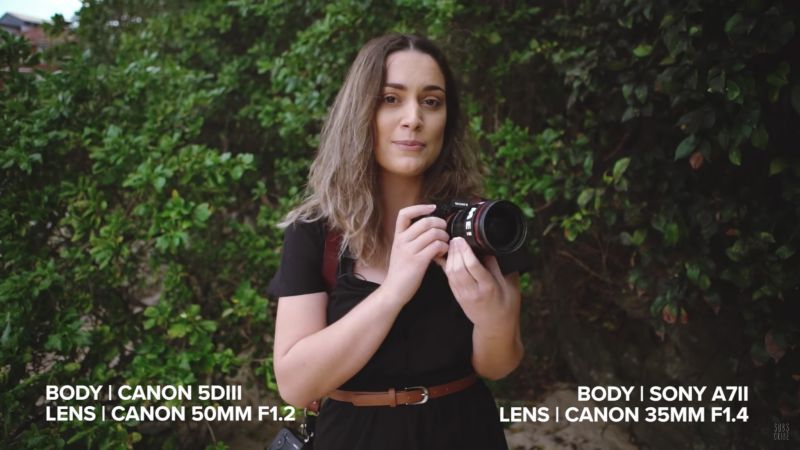 The next comment, however, is a bit more contentious and those watching and looking to make gear choices would do well to understand a little of what’s happening here. She mentions that the focusing on the A7ii is taking a while ‘to get there’, and while the focusing abilities of the A7ii aren’t remarkable, it’s absolutely critical to keep in mind she is using non-native glass. Here she’s using Canon L lenses with a Metabones adapter on the Sony, which –particularly in that generation– will dramatically diminish the ability of the camera to work optimally.

It also depends on the focus settings and the version of the Metabones adapter (which we do not know). For example, some Metabones adapters allow for PDAF (some still limited in area) but you won’t be able to get Eye-AF unless you switch to contrast et cetera. Some are better than others with tilt-shift lenses, and older versus newer lenses (built after 2006 typically). Without getting too much into boring detail, just know that with adapted lenses, until recently, ability was quite dampened.

SLR Lounge review of the Sony A7ii: Sony A7II Review | Proof Size Isn’t Everything, It’s How You Use It

You can check out this article and video however, to have an idea about how other Sony’s now function with adapted Canon glass, and check out more from Julia here.

Infographic | A Visual Evolution Of Data Storage, What's Next?