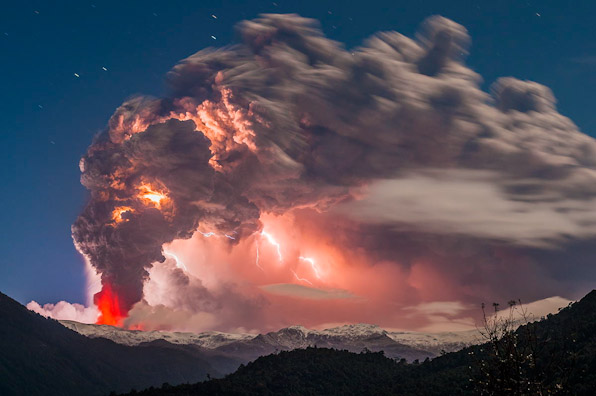 Beautiful Long Exposures Of An Erupting Volcano In Winter 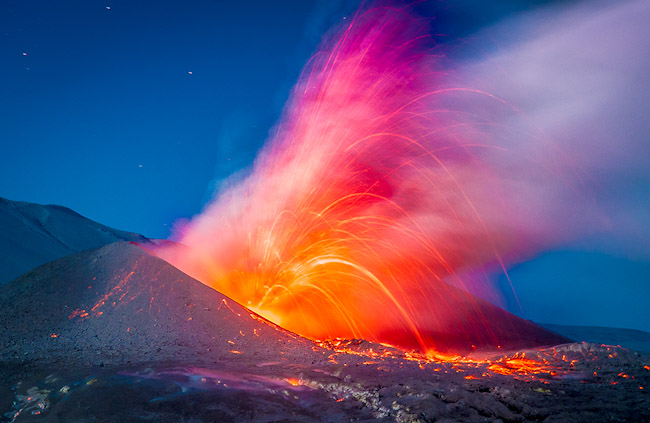 Say what you will about the pursuit of truth via science, but there’s little denying it’s proving to be a friend of photographers. Today, I looked up the number to local meteorological office with the idea of asking a single question, and it would go something like this, “Hi. I’d like to know, how it is your forecasts are so accurate these days?” Sure, in a media burdened by a hundredweight of news so shocking it doesn’t shock us anymore, even the weatherman/woman can sensationalize the findings to ‘sex’ up the station. But it doesn’t negate the fact that up until not so many years ago, weather and geological reports may as well have been works of fiction written by J.K Rowling. Now, however, they aren’t.

If we’re told there will be a cold front arriving on Thursday, it’s a good idea to wear a scarf. And it’s not simply cold fronts and warm fronts, but also geological movements. Granted it’s not a perfect science yet, but it’s good enough that it allows us, as photographers, to have a good idea of what to prepare for; to bring the right equipment, and where to be, when. No doubt, Chilean photographer Francisco Negroni is well acquainted with this idea since he has recently captured some pretty phenomenal shots of the Cordón Caulle volcano erupting in Chile. 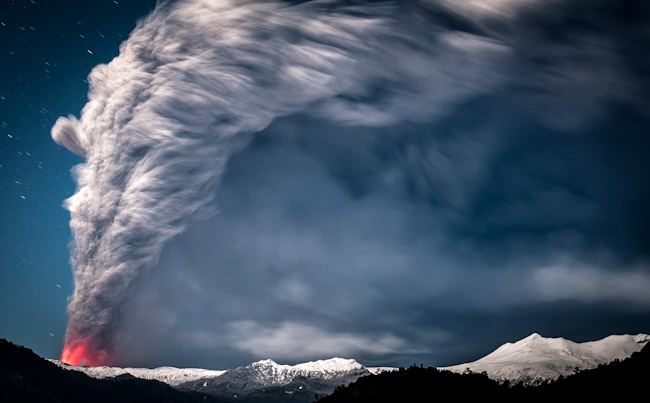 Armed with a Nikon D300, a camera many of us are waiting to see the successor to (D300S exempt), Negroni shoots long exposures of the erupting spout from a safe distance, and from many different points of view. In the foreground, we’re treated to a glimmer of Chile’s reknowned landscapes, and in the background, framed by tranquility, is utter hostility of an outward explosion of the Earth’s core.

Cordón Caulle is actually one of four different volcanoes that constitute the volcanic group Puyehue-Cordón Caulle Volcanic Complex (PCCVC). It is the most active of the group and this activity is brilliant; depicting movement due to the long exposure, and and intricate web of electrical current lacing the plumes. 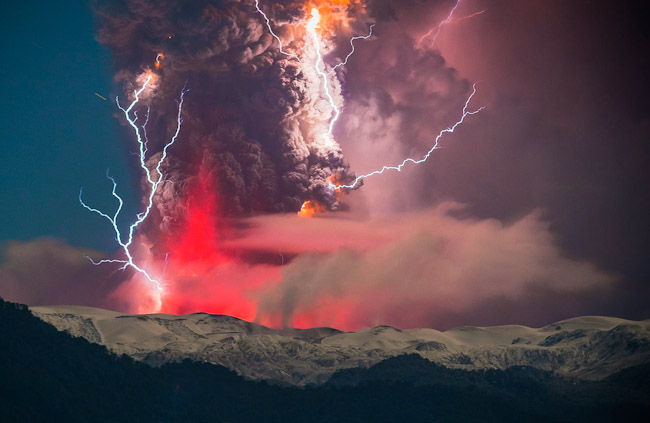 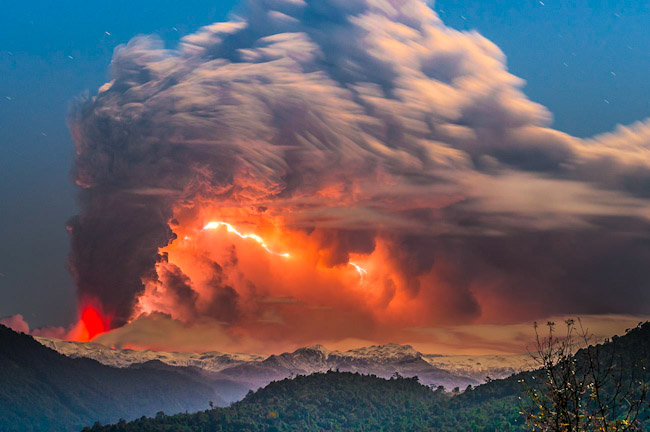 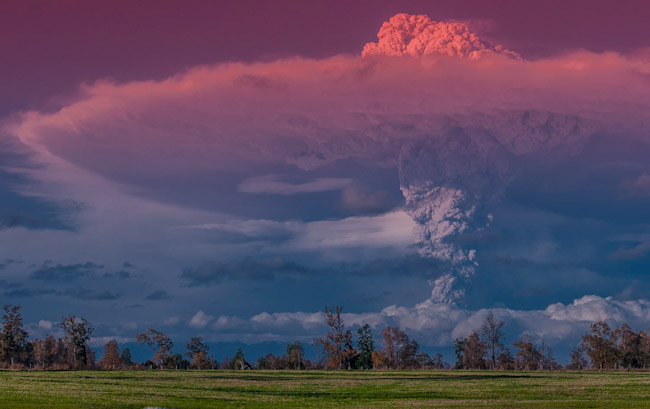 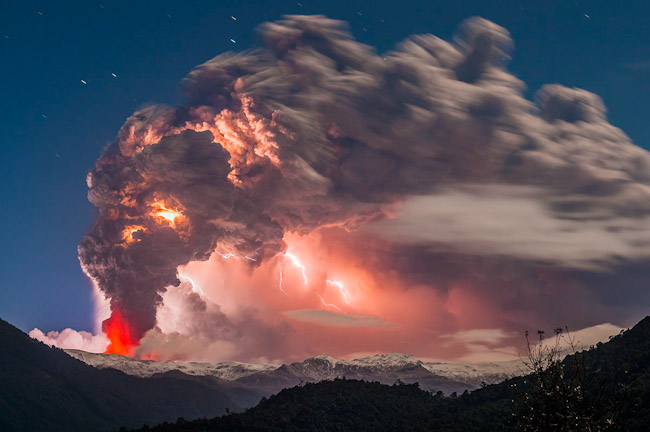 You can see more from Francisco and his work from his site, 500px, and Flickr.

CREDITS: All photographs shared by Francisco Negroni are copyrighted and have been used with permission for SLR Lounge. Do not copy, modify or re-post this article or images without express permission from SLR Lounge and the artist