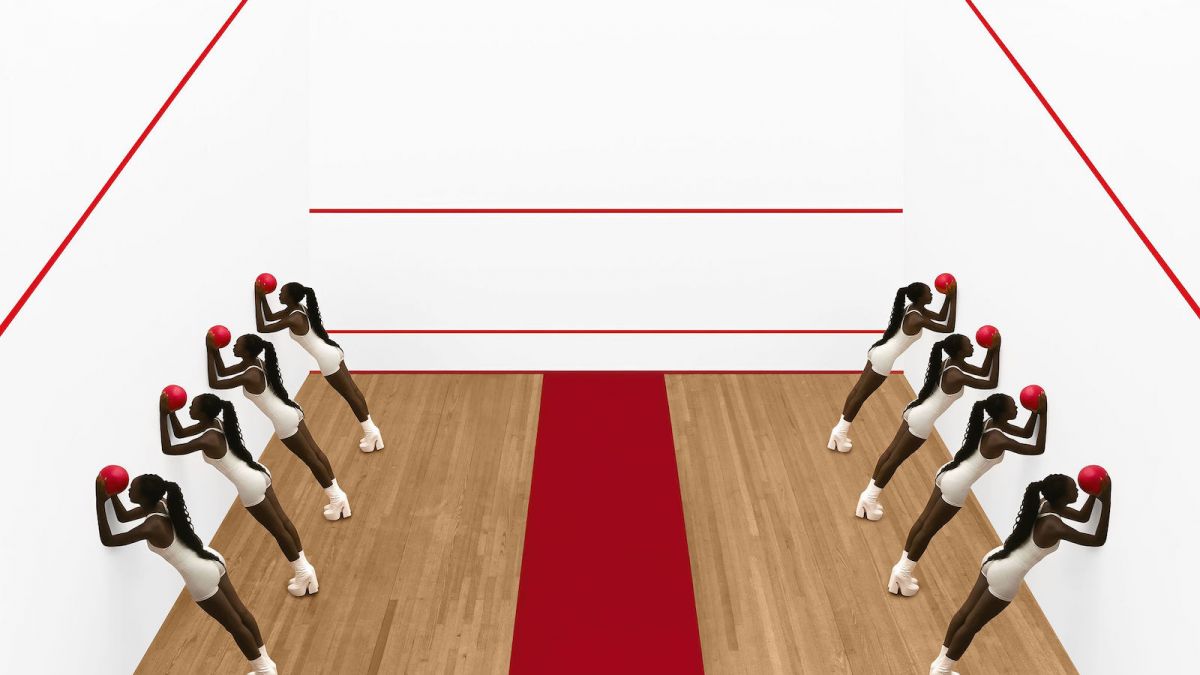 Award-winning aerial photographer, Brad Walls, is back with ‘Vacant,’ another captivating series of unique imagery captured from above. We’ve previously featured a number of Walls’ projects here on SLR Lounge, including a pandemic-inspired conceptual series that drew inspiration from 40’s fashion photographer Clifford Coffin’s work and used vast, empty dunes to mirror the sense of isolation many experienced during the pandemic.  This time around, Walls ventured indoors with his drone and models to create a “retrofuturistic” theme against a backdrop of squash courts.  With meticulously placed subjects, dynamic “still” posing, and a creative use of color, lines, symmetry, negative space, and geometric shapes, Walls gives another masterclass in composition using his trademark style.

We asked Walls to share some insight with us regarding the process of creating his latest series, ‘Vacant,’ from concept to execution. Find some inspirational photos from the series below. Enjoy!

What inspired you to create these photos?

I had always wanted to do a retrofuturistic photoshoot, I am drawn to the tension between the future and the past. For me the most prolific element of the 80s was the squash court, so I started there. I knew I could use the lines of the court to my advantage in strategically breaking up my scenes into halves, thirds etc which provides a great foundation compositionally. I used the carpet to the same effect. The choreography is all mid-movement poses which feel quite detached from the scene. I enjoy that feeling of dissonance in my imagery, it seduces the viewer to wanting more.

What is the biggest challenge in the creation of these photos?

The major challenge was space. I was surprised how much height I did have for the shoot but the challenge was my diagonal frames. 20 square meters is not a lot of space with a 24mm lens. The drone had prop guards on and was definitely touching the corners of the court to have enough frame. I even flew outside the court and over the glass entry doors for many of the shots.

Lighting proved to be a slight issue with the immense amount of white in the scene, but nothing that was too difficult to fix in post.

What cameras, lenses and lighting gear were used to create the photos?

Do you have a favorite photo from the series? If so, what is it and why?

Unbalanced (see above) – It’s the first image I conceptually drew for the entire series. It’s an emotive image, it’s spare, detached and alone.

For photographers looking to create impactful images like this, could you share your process of coming up with your concepts and ideas?

Everyone should have their own method. For me, it starts with just one scene which is a derivative of many images/themes that have come together from my inspiration from pinterest boards. Once I have the base theme, then I just start drawing composition after composition. Broadly speaking, it helps to find a niche to hone in on thematically. For me, I enjoy conceptual work documenting people in their environment, whether it be a squash court, salt flat or a nice piece of architecture.

What are you currently working on? What’s next?

I am currently in Europe working on a few different projects. I shot a conceptual shoot last week at the Champalimaud Foundation in Lisbon. Last month I completed a shoot with the New York City Ballet and I will be completing one with the English National Ballet in July in pursuit of a larger ballet series from above. Exciting!

And I have my maiden book being published in October named ‘Pools From Above’.

Brad Walls was born in Sydney in 1992. Despite studying Science, his preferred artistic medium is Aerial Photography. From 2019 to the present, Brad has been refining his style garnering international acclaim, setting new precedents in photographic expression. Defining a new era of Aerial Photography and the recipient of several prestigious awards, Brad has attracted features in Washington Post, Guardian, CNN, New York Times and multiple other publications around the world; his work is frequently in the limelight of social media. Brad’s reputation also recently earned him a front cover of Signature Luxury Travel and featured spread in Aesthetica Magazine & Vanity Fair.

Brad’s niche style removes itself from traditional Aerial Photography and focuses on experimentation with negative space, symmetry and leading lines. Taking a keen interest in top down portraits, Brad has documented the likes of Synchronised swimming, gymnastics and Ballet, using the human body to portray visual pleasing shapes from above. Carefully composing ordinary objects takes Brad’s focus, releasing his “Pools From Above” in 2020 reaching global success compared to that of David Hockney and Slim Aarons.

How to Photograph the Baraat in an Indian Wedding