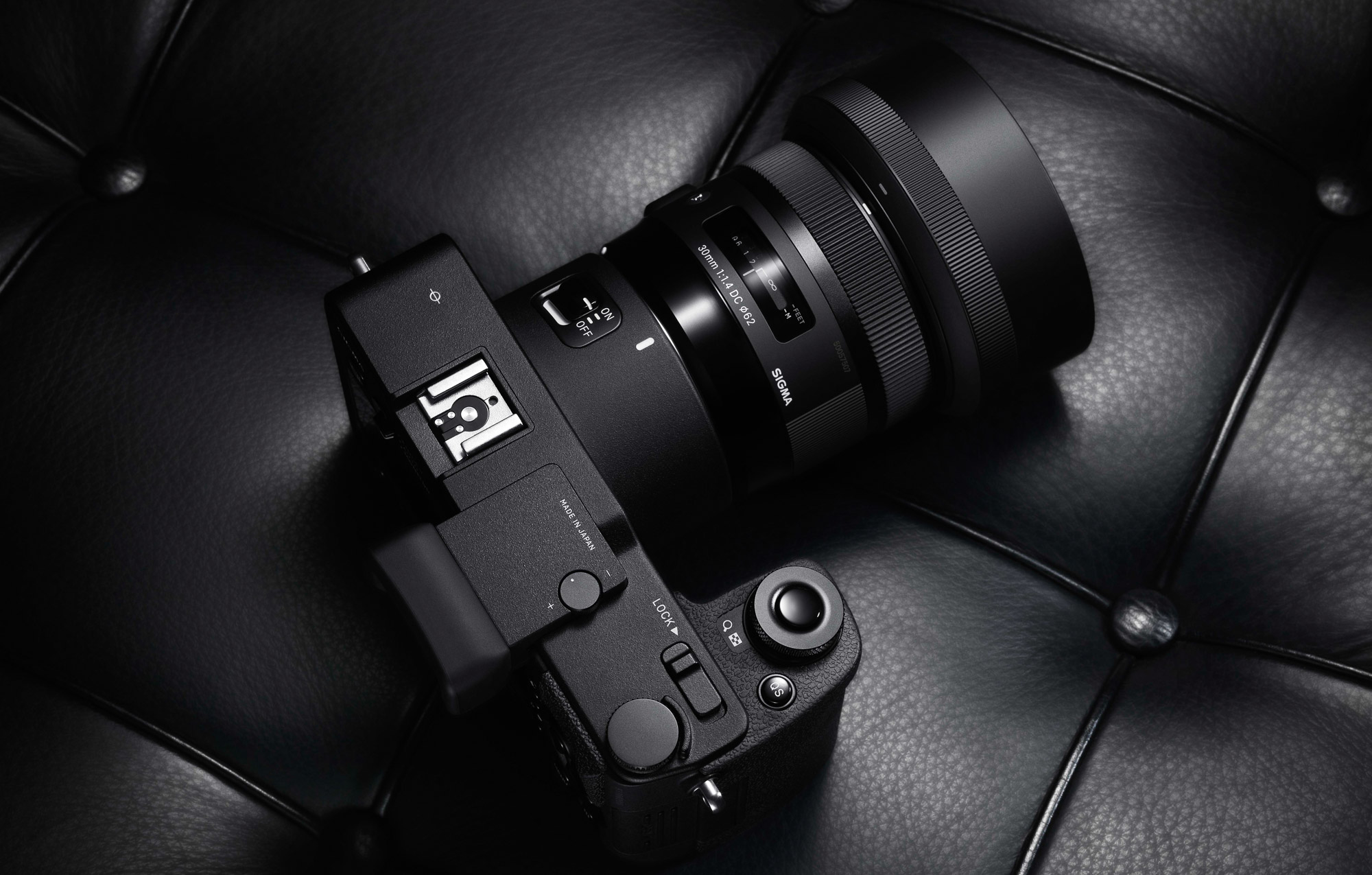 Honestly, we really have not received much information on these cameras yet other than what I have noted. We can see the unique design, and according to what little we have been able to find, these are built with dust and moisture-resistant construction (weather-sealed). 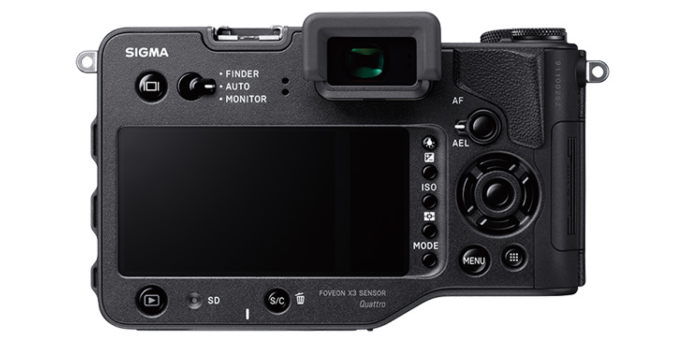 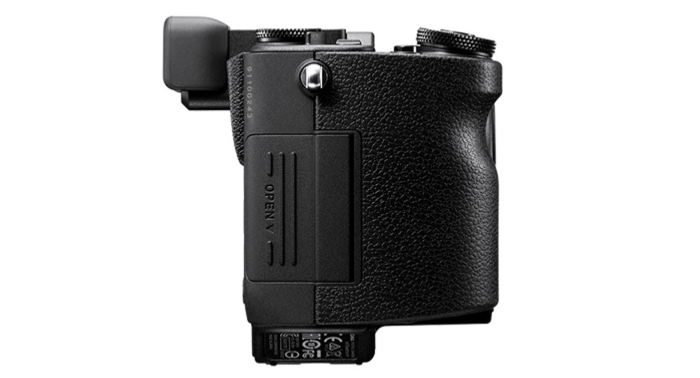 Note* If you’re unclear about what a Foveon Sensor is (the type of sensor in this camera that makes it special), here’s a primer from Sigma, but if you are aware just skip ahead:

Leveraging the light absorption characteristics of silicon, the sensor comprises three layers of photodiodes, each at a different depth within the silicon and each corresponding to a different RGB color. Since it is the only sensor to use this superior vertical color separation technology, it is also the world’s only direct image sensor.
Almost all other image sensors are mosaic sensors, which use an array of RGB color filters in a single horizontal plane to capture color information. Each pixel is assigned only one of the three colors and cannot capture all three colors at once. In contrast, the Foveon direct image sensor captures color vertically, recording hue, value, and chroma accurately and completely for each pixel.

In the Foveon direct image sensor, there are no color filters which would cause a loss of information transmitted by light. Moreover, there is no low-pass filter needed to correct the interference caused by a color filter array. Finally, unlike the data from other sensors, which requires artificial interpolation to “fill in” missing colors, the data from the Foveon direct image sensor is complete for every single pixel and requires no interpolation. The unique technological principle of this sensor produces consistently outstanding image quality.

For my recent trip to Tobermory, I was lucky enough to bring the the new Sigma SD Quattro as well as their 18-35 f/1.8 ART lens.

I will admit one of the more surprising things was the heft – it was rather heavier than I expected for a mirrorless setup, however, easily the most ergonomic Sigma camera I have used. The menus were responsive, and made sense (not that you need them due to the customizable QuickSetting menu) 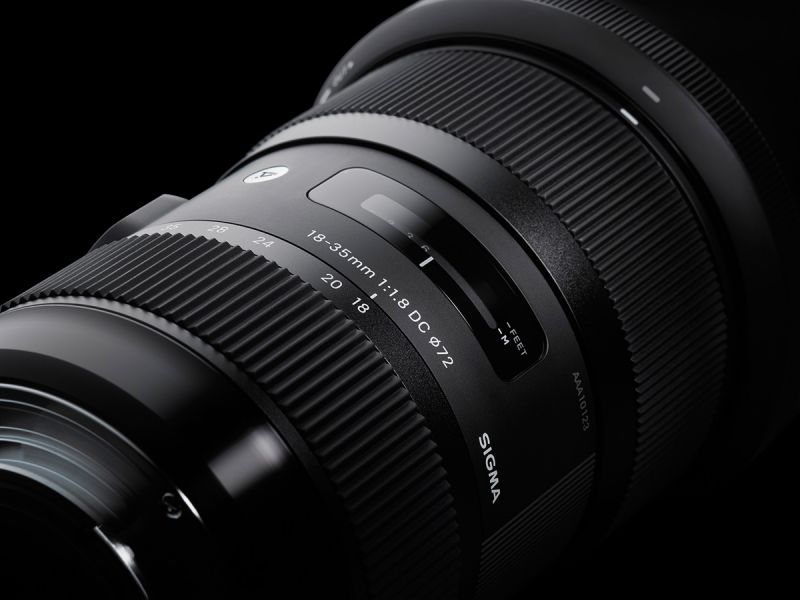 We were a bit put off by the weather – rain, overcast – but forged ahead regardless. The first area we hit was Mermaid Cove, with a little of Dunks Point mixed in.

This is one of my first selects from the SD Quattro, below. We were mesmerized by the tree surviving in the rocks. Fortunately some of the leaves had already started to turn! This image is very lightly processed in lightroom, and in fact the 100% crop is SOOC. 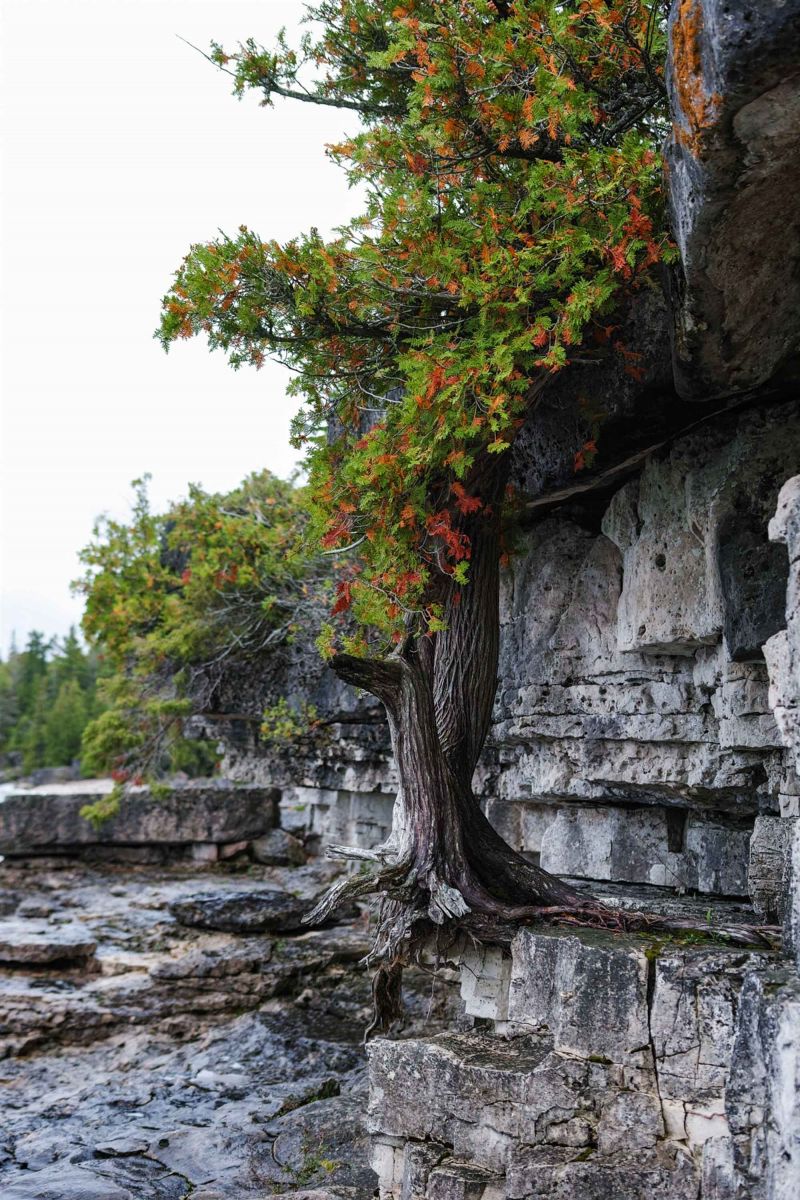 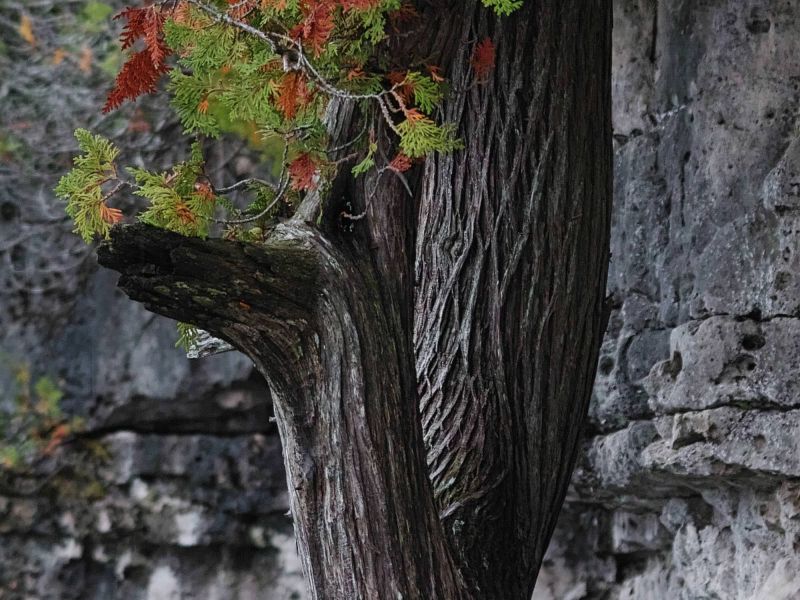 Unfortunately I didn’t have time to arrange a portrait shoot, but luckily Drew and his beard were available for a candid. The beard and sweater give a great idea of the sort of detail the Foveon sensor is capable of. 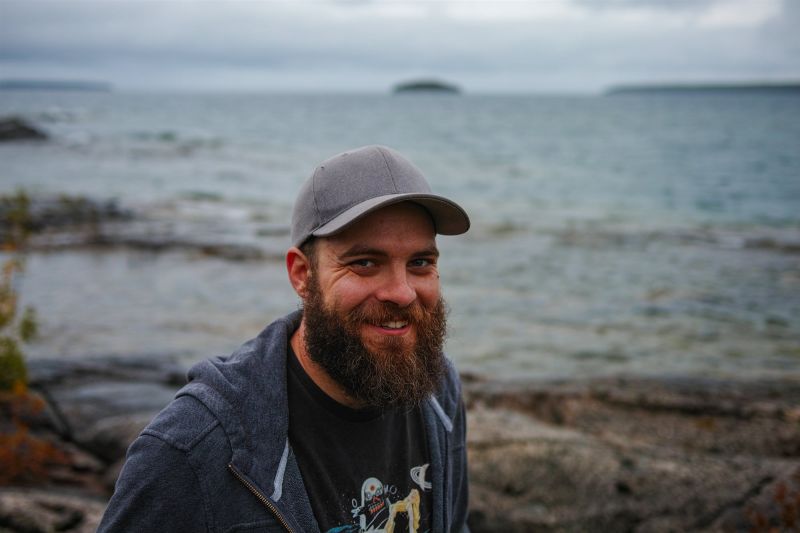 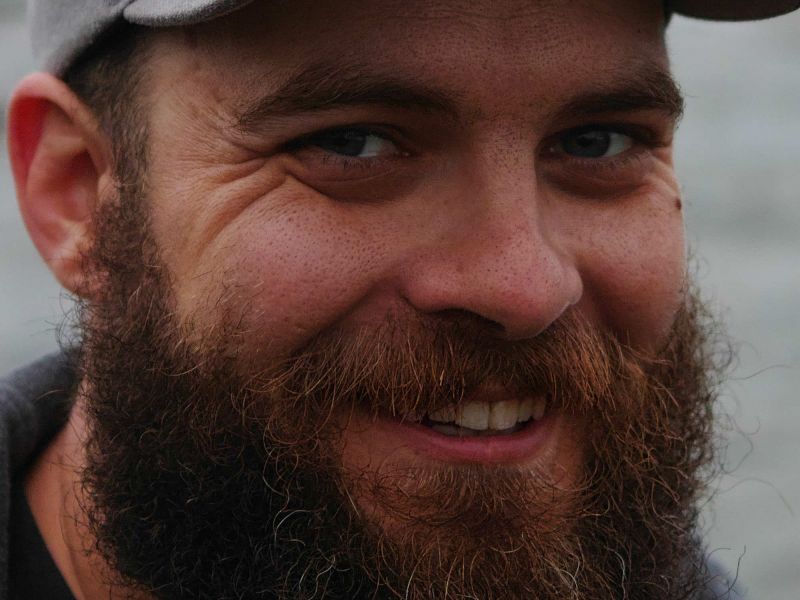 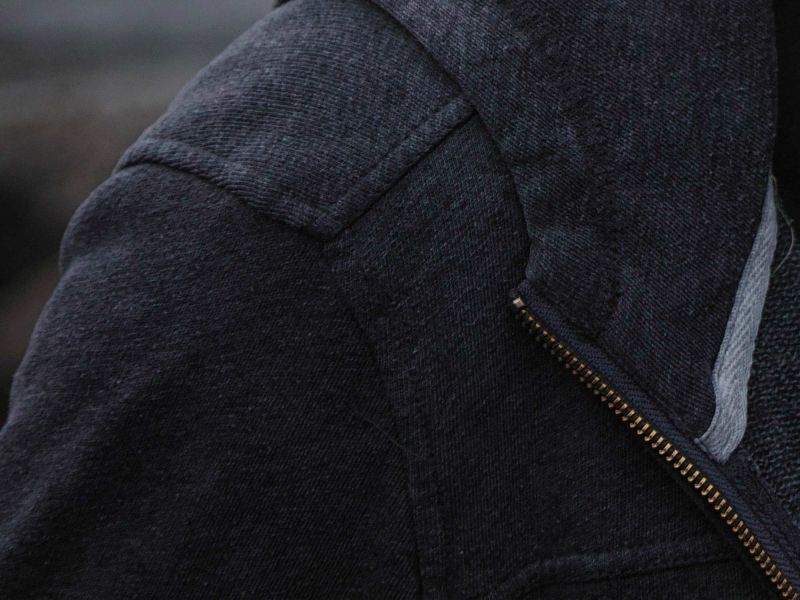 Sunset was sadly a bust, and this was all we got for a sunrise (see below). This is one of the first images I took using the sd Quattro’s “Super Fine Detail” mode – basically a 7-shot bracket all written to one massive (~350mb) raw file. However with all the movement I often couldn’t rely on any sort of exposure blending, at least nothing automated – what I would often do is shoot in SFD mode and later pick the frames I wanted. 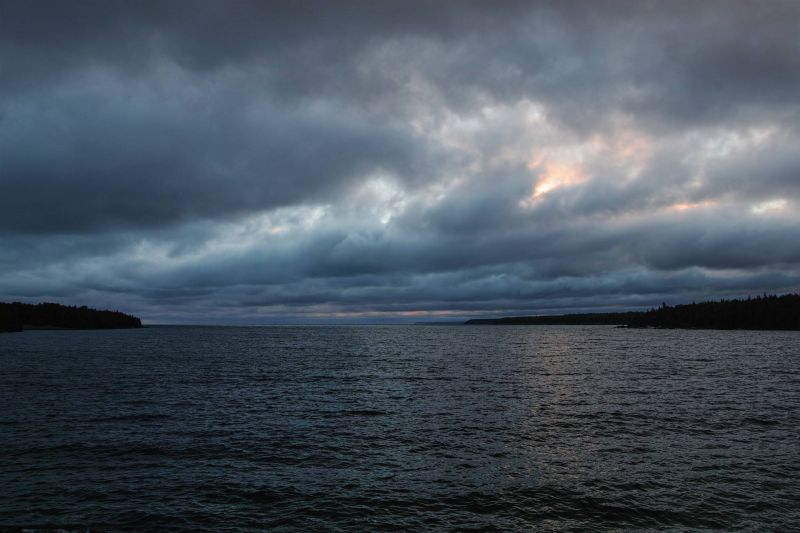 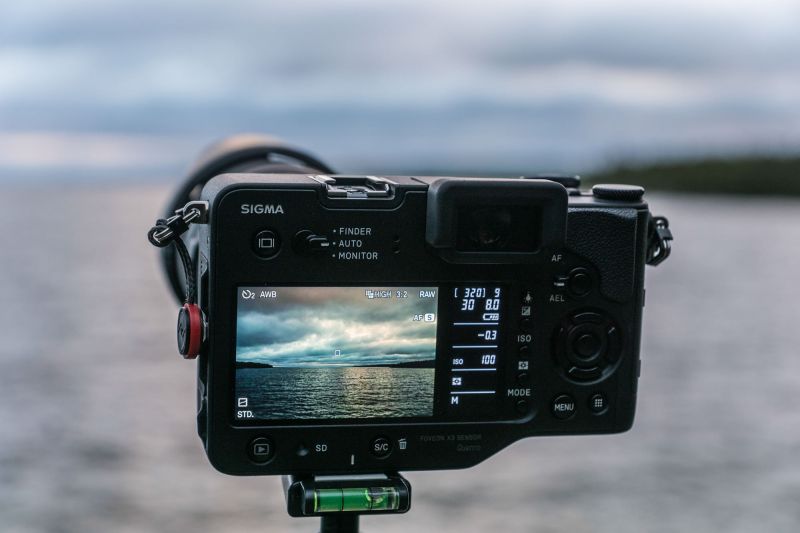 This, however, left me at a bit of a loss. I usually bracket by hand, fiddling with my shutter speed as needed, maybe 3-4 shots. Producing 7 shots in rapid order left me going “Ok, what now?” – I felt like I should be doing something, but I already had everything I needed.

Luckily, we ended up with some interesting light as the sun got higher. We’d already missed most of the colour we were hoping for, but it created some great contrast in the trees. We headed to the top of the observation tower to capture it from 65 feet! 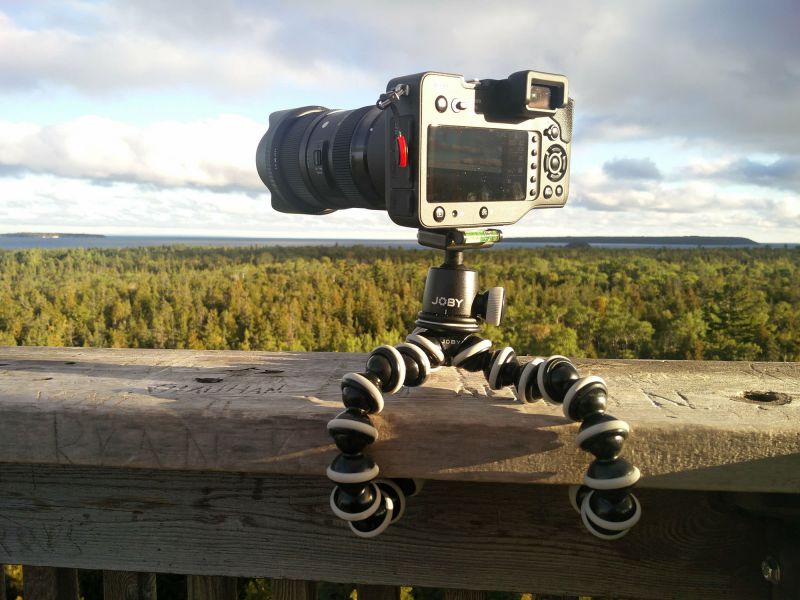 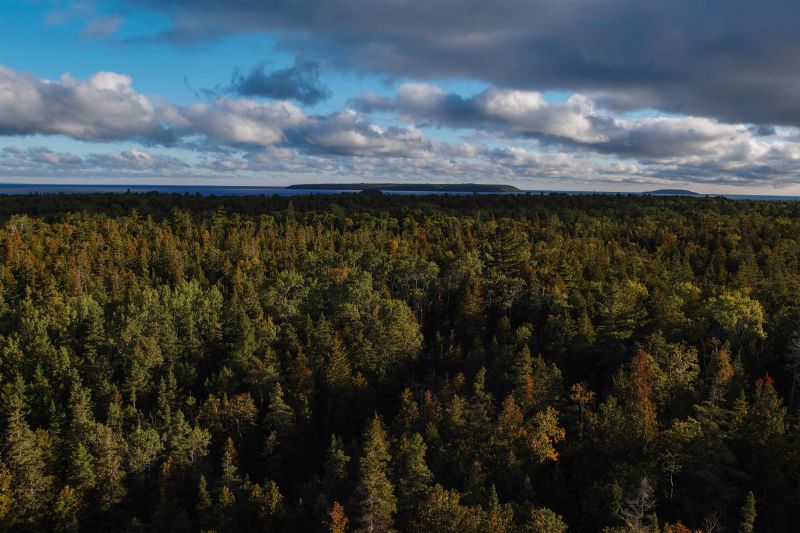 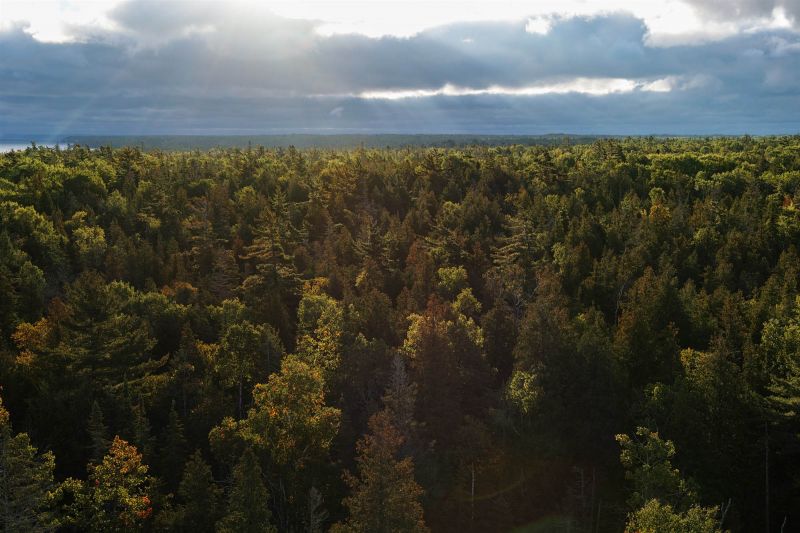 Our plan was to head out to Flowerpot Island, but as is the theme of our trip, the weather was too bad and we were told the boats were cancelled. We decided to check out Big Tub Lighthouse – at which point we saw at least two boats full of tourists heading to flowerpot! Unfortunate. This put us late enough in the day that we couldn’t get to Flowerpot, and we were heading back that night. 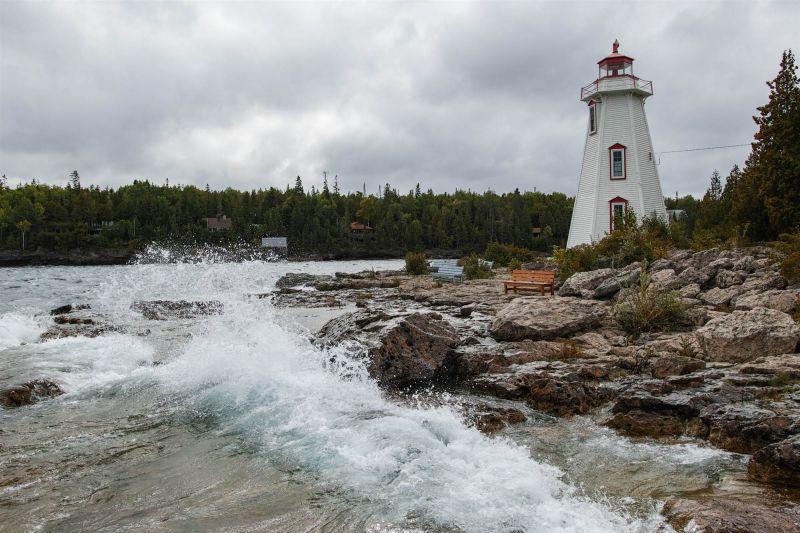 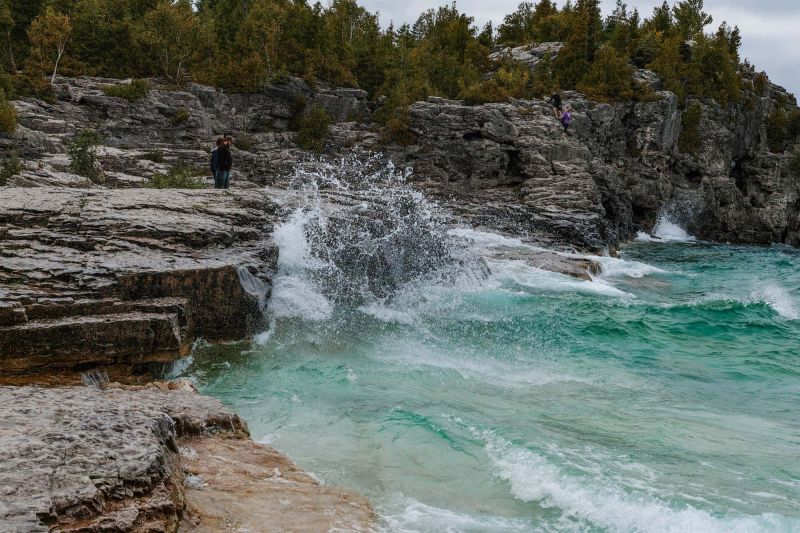 The force of the water here was incredible. We decided maybe the experts that decided not to run the boats had made the right choice, and that us simple folk were mistaken. And we were good with that until we saw the tourists rushing past. Given how fast the water was I needed a bit faster of a shutter, but still only 1/400.

We hiked down to Indian Head Cove / The Grotto, and again the water was incredible (and vibrant!) 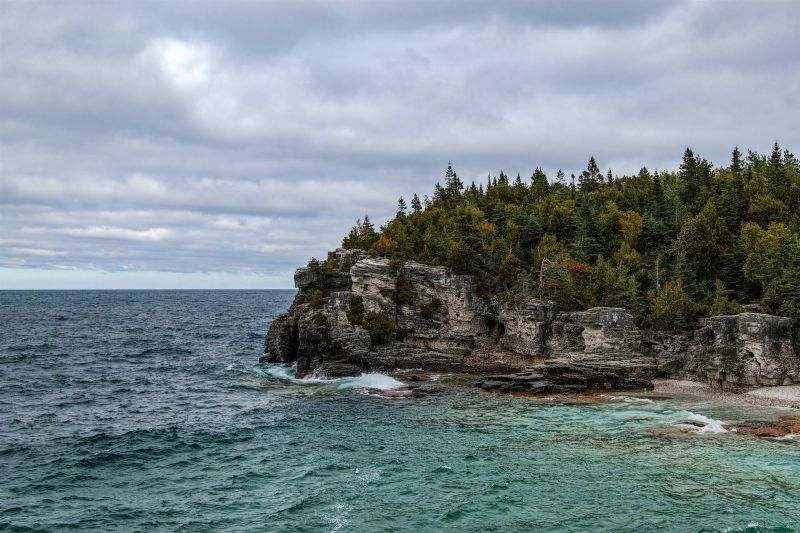 So this is a single exposure (above IG post) – no blending. The shadows can come up higher than this but I didn’t think it was needed for this image. Overall the dynamic range feels quite good.

On our hike back from the cove, I stopped to shoot this tree on a whim. When I pulled the image up in Sigma’s Photo software, I fell in love. This is mostly unprocessed, and as always, the crop is SOOC. Definitely has that ‘foveon look’ that I’ve come to love. 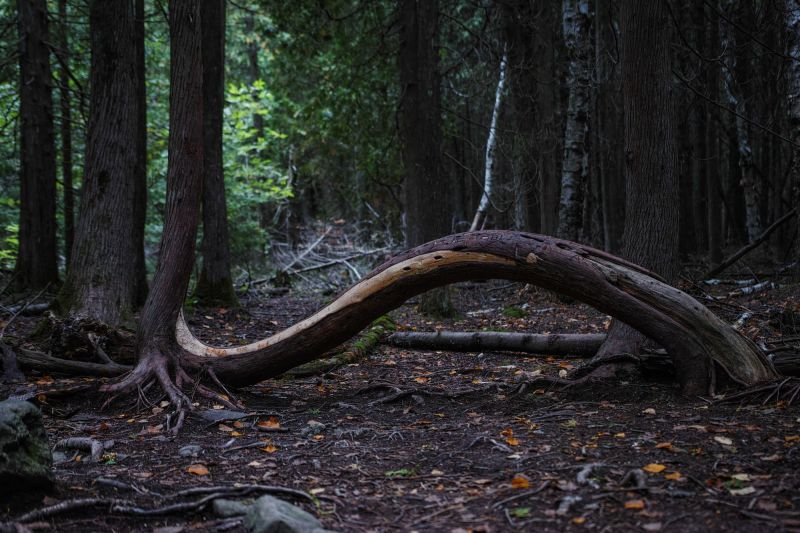 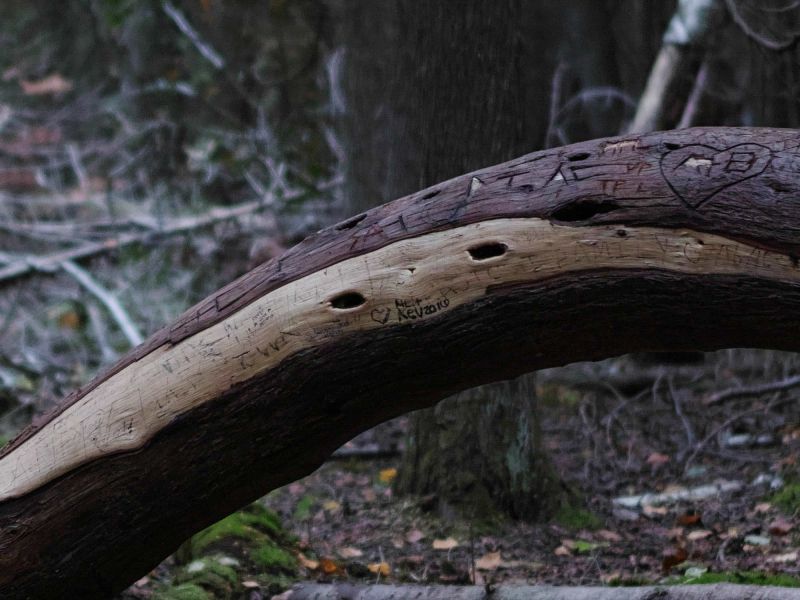 One thing to note is that all of these shots are at ISO100. High-ISO performance is still very limited with Foveon sensors. I wouldn’t go above 400 if it was avoidable, and I didn’t need to, so I stuck with 100. While I did manage to capture some candids, I still feel the same way I do about most of my Foveon gear – this is a Big Deal(tm) for landscapes, but you may be limited elsewhere.

I won’t detail my issues with the Sigma software other to say that it is quite slow. Most of this processing was done with 16-bit TIFFs into Lightroom so that I could process them while I am still relatively young! If you are looking for ISO or Software comparisons and reviews, many people have done them already.

Overall I really loved working with the camera, and especially that 18-35 lens. I just may need to hit the gym a bit before trying again! As I have said the menus were straightforward and operation is smooth. This is easily the most responsive Foveon camera I have ever handled (DP1x, DP2 Quattro, DP3 Merill), and of course the imagery is gorgeous.

I must be honest; I am really curious about the design of these. Part of me really likes it, and part of me is sort of wondering who on Earth approved this. I mean, take the viewfinder placement for example, on the right side of the camera…if you shoot with your right eye, then this will be great for you, but for left eye shooters like myself, this is a very odd location.

Then there is the mount choice. People keep getting on Canon and Nikon wanting F/EF mount mirrorless cameras. Well, this is likely what we would get if they did that…a weird ‘tube’ protruding from the camera. It looks odd here for the SA mount, and it would look odd on a Nikon/Canon body.

No pricing or availability has been announced for these yet, but I would guess that they will end up somewhere near the higher end of the other Quattro cameras.

What are your thoughts on these new mirrorless cameras from Sigma? Leave a comment below and let us know what you think!