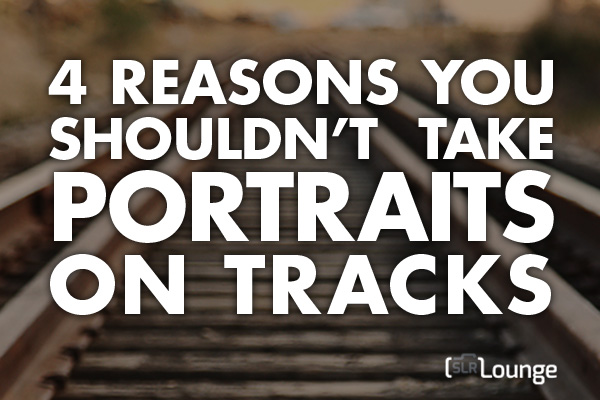 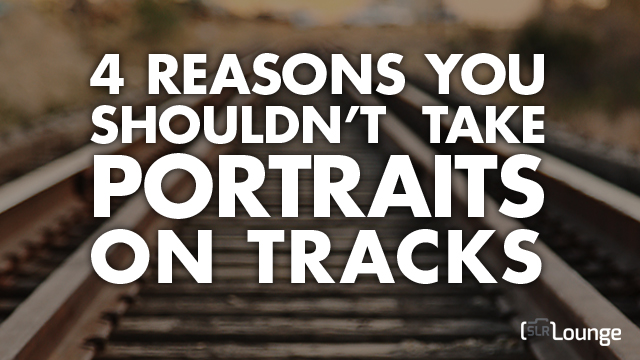 Photographers are notorious for taking safety risks and ignoring laws in order to get the perfect shot. Trespassing onto railroad property to photograph people on tracks seems to be a common action taken by photographers in recent years. With an increase in pedestrian rail trespass casualties in the United States, Union Pacific and organizations like Operation Lifesaver, have been urging photographers to just stay off the tracks. Here are 4 reasons why you shouldn’t take portraits on railroad tracks…

According to Joyce Rose, president and CEO of Operation Lifesaver, a person or vehicle is hit by a train approximately every three hours across the U.S. Modern trains are quiet, move faster than you think they do and overhang the tracks by at least three feet, all factors contributing to accidental death. Would you seriously want to put yourself and your clients in harms way? 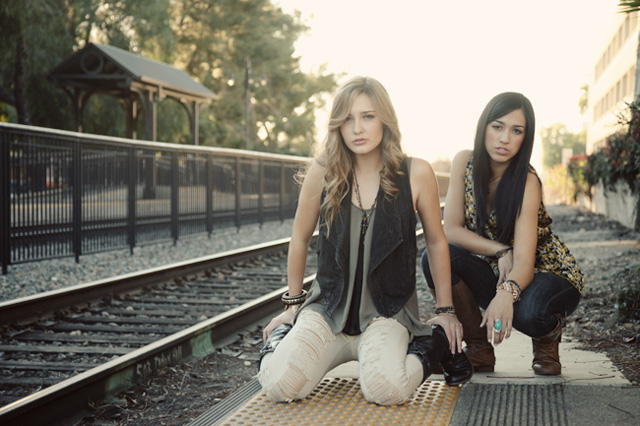 The only safe place to cross is at a designated public crossing with either a crossbuck, flashing red lights or a gate. If you cross at any other place, you are trespassing and can be ticketed or fined. Cross tracks ONLY at designated pedestrian or roadway crossings.

Railroad tracks, trestles, yards and equipment are private property and trespassers are subject to arrest and fine. If you are in a rail yard uninvited by a railroad official you are trespassing and subject to criminal prosecution; you could be injured or killed in a busy rail yard.

It can take a mile or more to stop a train, so a locomotive engineer who suddenly sees someone on the tracks will likely be unable to stop in time. Railroad property is private property. For your safety, it is illegal to be there unless you are at a designated public crossing.

Trains overhang the tracks by at least three feet in both directions; loose straps hanging from rail cars may extend even further. If you are in the right-of-way next to the tracks, you can be hit by the train.

Do not cross the tracks immediately after a train passes. A second train might be blocked by the first. Trains can come from either direction. Wait until you can see clearly around the first train in both directions.

Flashing red lights indicate a train is approaching from either direction. You can be fined for failure to obey these signals. Never walk around or behind lowered gates at a crossing, and DO NOT cross the tracks until the lights have stopped flashing and it’s safe to do so.

Do not {photograph}, hunt, fish or bungee jump from railroad trestles. There is only enough clearance on the tracks for a train to pass. Trestles are not meant to be sidewalks or pedestrian bridges! Never walk, run, cycle or operate all terrain vehicles (ATVs) on railroad tracks, rights-of-way or through tunnels.

Do not attempt to hop aboard railroad equipment at any time. A slip of the foot can cost you a limb or your life.

Be aware trains do not follow set schedules. Any Time is Train Time!

Trespassing onto railroad property, including tracks, bridges, buildings and signal towers, is illegal. Violators are subject to a citation for trespassing. Union Pacific will seek removal from publication any photograph or video that violates this policy. For more information, see Union Pacific’s Policy for Photography and Video Recording.

If you really want to photograph on the tracks or other railroad property, contact the railroad company to request permission.

3. It Sets a Bad Example

In an article on the Union Pacific blog, Community Ties, one photography studio was criticized for simply using an artificial backdrop that depicted railroad tracks because it communicated to children and teens that it’s ok to walk and play near tracks. As photographers, we might justify the fact that photographing on tracks that are no longer be in use is safe, but people seeing our images wouldn’t know any difference. People tend to think that if everyone else is doing it, it’s ok for them to do it, too, which may be why so many photographers continue to photograph on tracks. Did you know it was illegal and dangerous? Or did you just figure it was ok to go out on the tracks because so many other photogs are doing it?

4. It has become cliché

We photographers love railroad tracks because they create great leading lines in our images. They can lend a romantic or edgy feel to our portraits. But, let’s be honest, pics of high school seniors sitting or standing on tracks are a little over done. And, now that I think about it, photos of babies or little children sitting in the middle of railroad tracks all alone are quiet disturbing… Why are they there? Alone. On tracks…? For tips on how to safely photograph babies, check out our Newborn Photography Workshop.

So, let’s get creative and try to find a way to incorporate trains and tracks in our images in a legal and safe way. It’s perfectly ok to photograph from the shoulder of a public road or parking lot with tracks in the background, or maybe from a hillside overlooking the train yard.

Via The Online Photographer