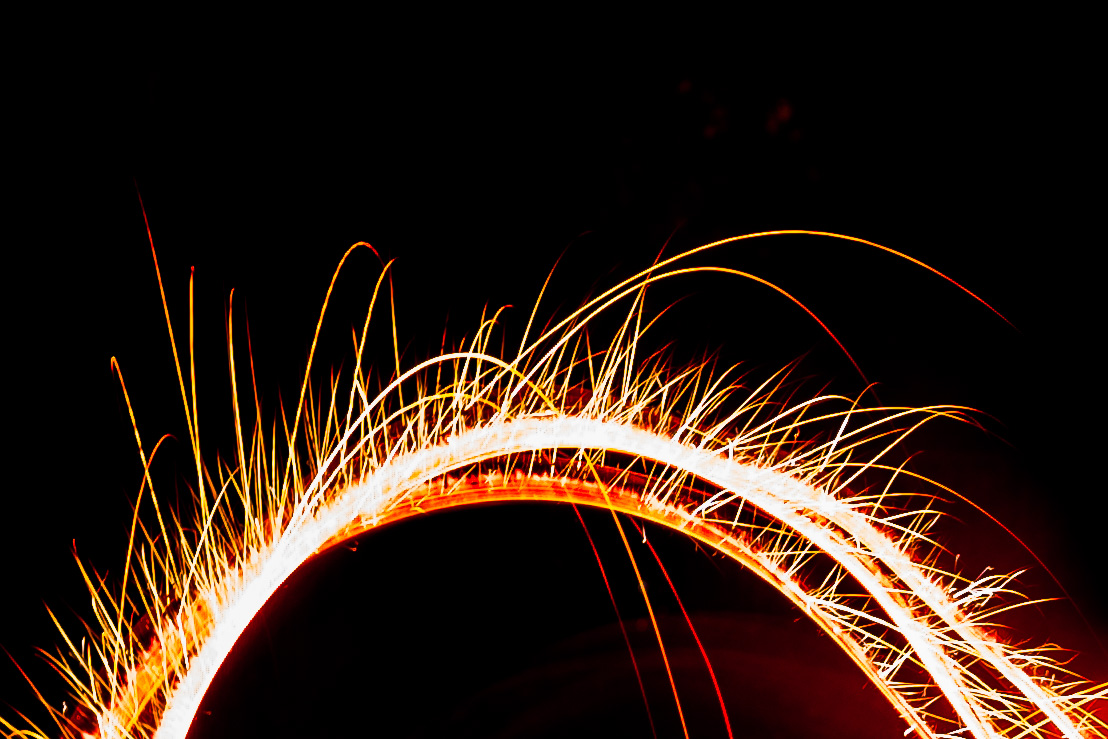 [Editor’s Note: The following article is an opinion piece. The views expressed here by the writer may not necessarily be the opinion of SLR Lounge as a whole]. 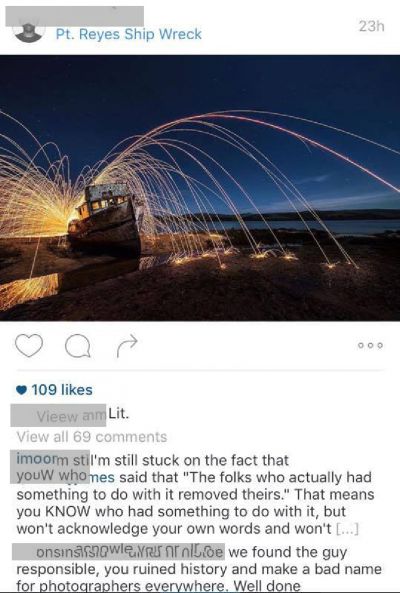 Located in a small, quiet bay in Northern California, the derelict vessel has sat (on National Park Service property) for many years now and has become a widely photographed icon and a general point of interest for travelers.

Unfortunately, due to the fire damage caused by these photographers, it appears that the boat will have to be completely demolished and removed.

This event has raised many issues for photographers; Many are very sad, and consider this a tragic loss. In fact, it may be some kind of record of the perceived tragicness of losing a junky, inanimate object. Sarcasm aside, it will be missed by both locals and visitors alike.

But, should there be a punishment? Or is it just an unfortunate but harmless accident? Who actually lit the fire, and should we jump to conclusions and go on a witch hunt?

(Apparently the photographer has since come forward to authorities. However, no charges will be filed since as you might imagine, it’s “just” an old shipwreck.)

In my opinion, this event exposes a trend in photography that has definitely been on the rise in recent years – doing anything to “get the shot” and, even worse, caring more about “likes” than about safety or the survival of their subject.

First and foremost, I’d like to state very clearly that I’m never a fan of the mob mentality. Witch hunts are almost always misdirected, especially when they are based on just a screenshot and circumstantial evidence. The opinions I’m about to express are not directed at the one person who posted a photo on Instagram at around the time of the fire. This is all about whoever actually did the steel wool spinning, and his or her companions. (Even then, there’s a slight chance that the fire was started later by someone else).

Everyone will agree that if you’re going to play with fire, safety is important. The problem is, steel wool spinning is usually considered mischief. So photographers always tend to leave the area very quickly after getting their shots. Nobody wants to “get busted.”

[REWIND: POLICE SHUT DOWN PHOTO WALK MISTAKING IT FOR A RAVE]

Heck, even if they bring a fire extinguisher or a bucket of water, the hasty inspection and quick exit creates plenty of opportunity for burning-hot steel wool to eventually ignite some dry leaves or something.

This is a perfect example of how more and more folks seem to be treating their photography: Anything goes, as long as you don’t get caught and nobody gets hurt. On the surface this seems okay, as long as you’re not committing felonies or seriously risking life and limb. Who will mind a few sparks here and there? (Honest, officer, I didn’t see any ‘No Trespassing’ signs!)

It seems like everywhere I turn, folks are slowly losing respect for both the locations they photograph, and their fellow photographers. Once, I was flipped off by a photographer when I honked at them for stopping their vehicle in a very unsafe location; because they had to take a picture, of course.

Strangely, the most striking thing I noticed in the comments of all the news articles, across the board, was that quite a few people actually spoke out against the social media uproar. While not actually defending the culprit’s actions, plenty of folks believed the cruelty of the “mob” was overkill. Because, after all, “it’s just an abandoned wreck anyways, how can you destroy something that is already destroyed?” Or, even more sympathetically, “it was  just an accident, lay off the poor guy! It wasn’t on purpose.”

I believe there are actually plenty of times when a good social media shaming is in order, and this was one of them. The photographers went out to an old wooden structure in the middle of the night, played with fire, and then fled the scene.

For one thing, in the state of California arson in the outdoors (meaning, lighting fire to anything, not just to a dwelling) is taken very seriously, due to prevalent drought conditions and the constant threat of wildfire. Cal Fire spent over a billion dollars last year fighting fires, I believe. So, arson is a felony punishable by up to three years in prison.

Fortunately for the photographer(s), this probably could have been argued down from arson to just destruction of property. However if the situation were slightly different, it could have resulted in serious charges being leveled.

So, I would argue that this is actually an example of bad news that goes viral, with positive overall results. The photographer hopefully learned a very scary lesson, and more importantly, many thousands of other photographers have come to understand just how dangerous it is to do something like play with fire for the sake of photography.

First things first, if you’re not on your own property, the following things should immediately be your priority: safety, respect for things that don’t belong to you, and considerateness towards others, both photographers and non-photographers, who wish to enjoy the same things you’re enjoying. 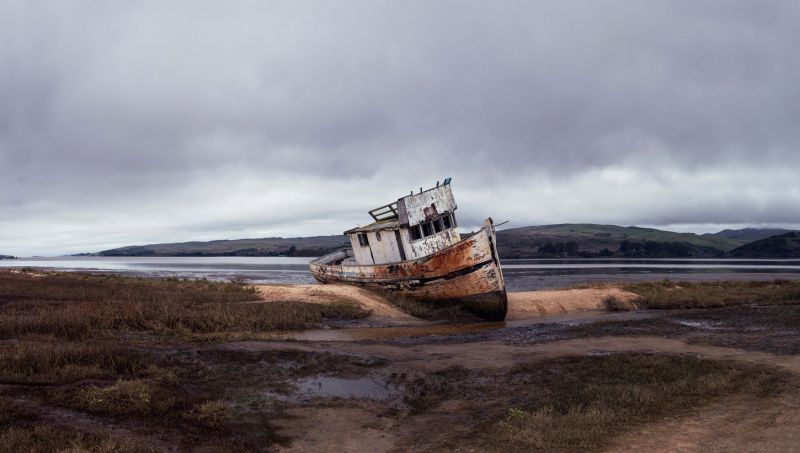 If getting your photos requires you to take a few steps past a “stay on trail” sign, I probably won’t judge you. I’m no saint myself.

Just think twice about those shots you saw on Instagram or Pinterest that you really want to “bag” for your own portfolio. Unfortunately, they may have involved something illegal or reckless, and it’s not okay to perpetuate the trend. “But they started it!” stops being a valid argument after kindergarden, folks.

If you want to put yourself at risk here and there, that’s none of my business. I’m an adventurous guy, too. I like being in the middle of nowhere in the middle of the night, sometimes more than a day’s journey from any help whatsoever. However, I do try to be safe, have a plan B, and practice “leave no trace” at all times, of course. 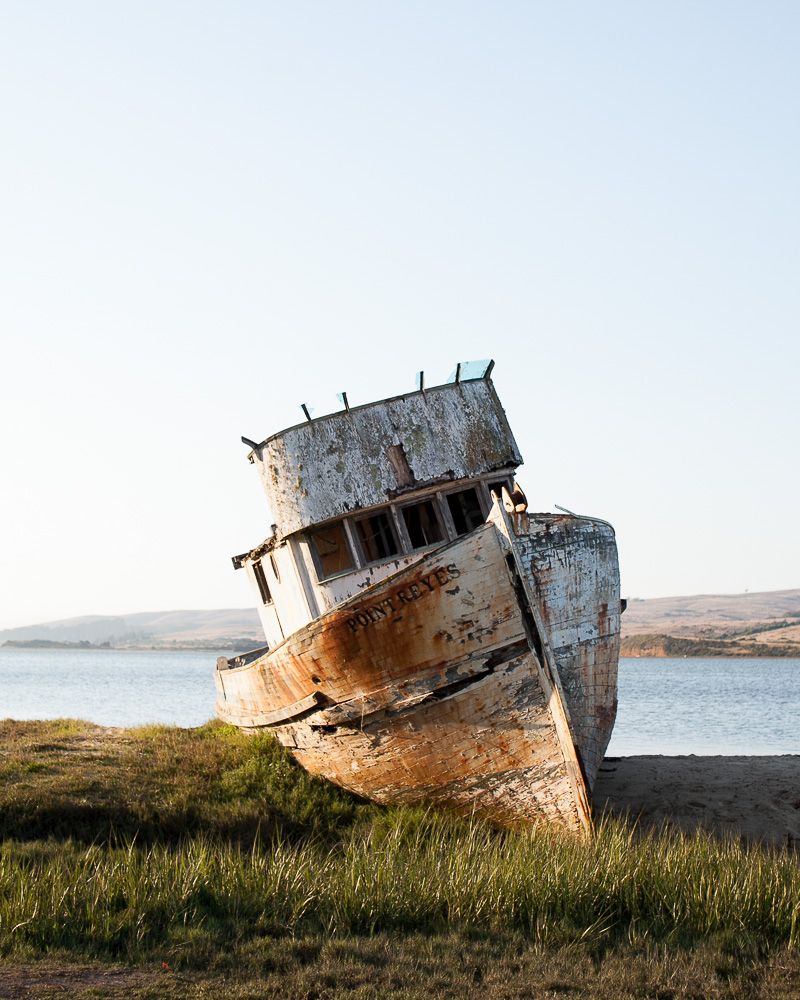 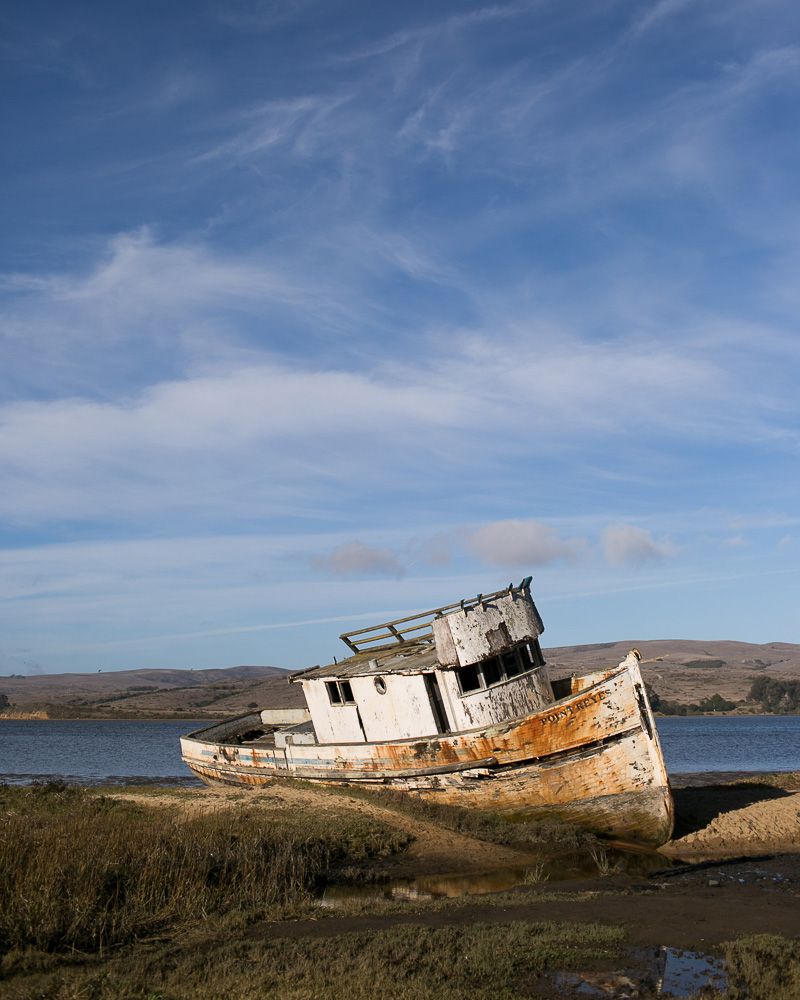 After all, everything we do in life has its risks. You’re far more likely to get in a car accident on your way to do some steel wool spinning, unfortunately.

So, from one responsible adult to another: Always be sure to bring common sense and respect with you when you go out to create photographs.

My better judgment would tell me to stop now, but this is an opinion piece, so I want to take a quick jab at steel wool spinning as a trend. In my opinion, it’s a fad that is largely played out. (In fact in my research, at least three other people have already done steel wool on the S.S. Point Reyes!)

It’s a gimmick, like selective color B&W images from the early 2000’s or the hipster film filter craze of the mid-to-late 2000’s…

Indeed, everybody is entitled to experiment and explore their personal style as a photographer. If you see a super cool technique online, give it a try! There is nothing wrong with creative exploration and experimentation, in fact, that’s the lifeblood of photography.

However, at a certain point I think you might agree that it’s possible to fixate on the novelty or the “cool factor” of a neat trick or gimmick, in a bad way. Then, it’s time to ask yourself what your goal is with photography. Do you wish to create a timeless body of work, or do you simply want to get more “likes” on your social media posts?

If you’re thoroughly entertained and satisfied with the latter, nobody is stopping you. Personally, though, I would definitely like to create a body of work that is a bit more timeless. 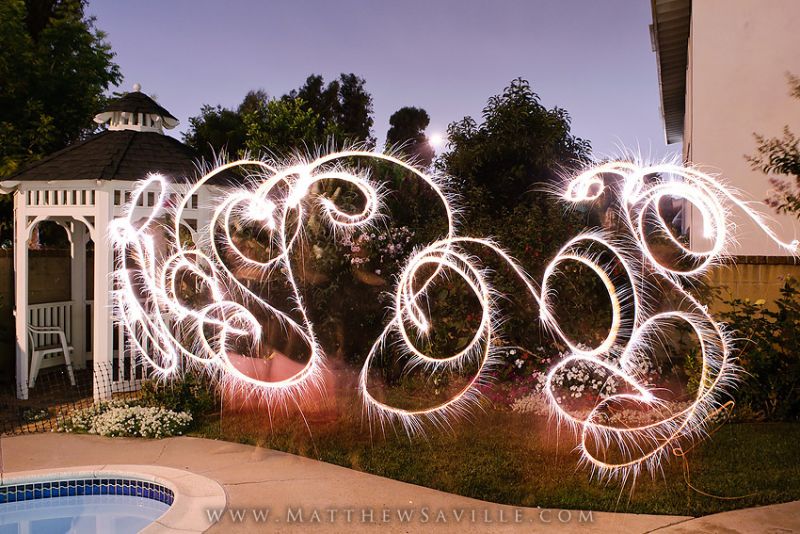 I greatly enjoy playing with fire and fireworks! I have been doing sparkler photos every July 4th with friends and family for many years, just for the fun of it. I also photograph friends who do Poi, (traditional fire-spinning) and I’ve photographed steel wool once or twice. I’ve lost count of how many fireworks displays I’ve photographed at Disneyland, and elsewhere.

I know they’re cliche, but they’re fun, safe, and good practice! So, as with many other aspects of life, finding balance is key to long-term growth and happiness. 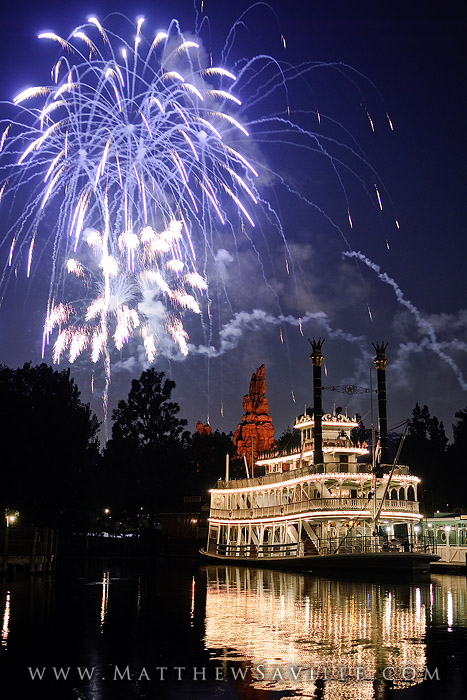 This is meant to be an open discussion. So, how do you feel about this event? Angry? Snarky? Indifferent? It would be great to have a productive discussion on the subject, so please chime in below with your thoughts.