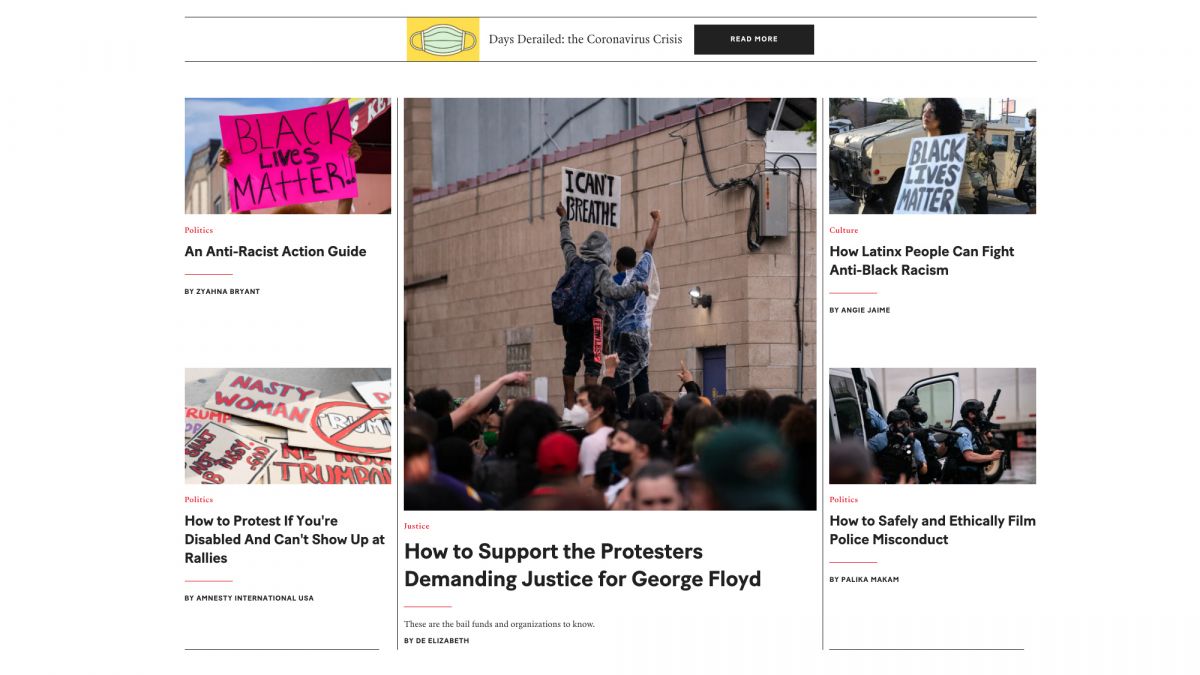 In a post published just yesterday, Palika Makam, and author / senior coordinator for Witness, has detailed a powerful write-up on how to safely and ethically film police misconduct for Teen Vogue. Yes, you read that correctly, it was penned for Teen Vogue Magazine. A fashion, beauty, and entertainment magazine targeted at, well, teenagers! Despite the publication it was released with, the article is jam-packed with relevant and very important information to help you stay safe, as well as how to present and create your footage. It’s a worthy read for both an absolute beginner using nothing but a camera phone, to the seasoned professional photojournalist with years of experience behind them.

Like Congresswoman Alexandria Ocasio-Cortez posted on her Instagram a few days ago, the article recommends things like protecting your phone with at least a 6-digit passcode and disabling touch/face ID to unlock. It’s also important to set your phone’s data to automatically backup to a cloud service like Google Drive, iCloud, or Dropbox to ensure that if your device gets lost, damaged, or confiscated, any footage you’ve obtained will be safe and protected.

BE SAFE. Here’s our guide on being prepared for safe protests. PLEASE READ ⬇️ . 1. LOOK OUT FOR THINGS THAT DON’T SEEM RIGHT. There are increasing reports and investigations that white supremacists may be infiltrating these protests, breaking windows and destroying property. If anything seems off to you, DOCUMENT IT. Always check who is organizing. . 2. FOLLOW THE DIRECTIONS OF GRASSROOTS BLACK ORGANIZERS. They have been at this a long time and are disciplined in the ropes of community organizing and demonstration. It IS a discipline. Follow trusted leaders whose goal has been the focused pursuit of justice. If they just showed up, that’s a red flag. . 3. HAVE A BUDDY. Make sure someone is keeping an eye on you and check in on them. . 4. STAY SAFE and take care of each other. ?

For those who don’t know, Witness is an organization that “helps people use video and technology to protect and defend human rights.” They have been helping activists document evidence of war crimes, changing discriminatory laws, protecting indigenous land, reporting racist activity, and more since 1992! They’ve set the bar and have been helping teach activists how to shoot video and photos that meet the standards set in the US for Legal Evidence ensuring the accused caught on camera can be prosecuted as well as just being exposed.

For all those who are protesting today be safe. #blacklivesmatter #videoforevidence #humanrights

What Tips Are Detailed In The Teen Vogue Write-Up?

A publication initially designed to cover fashion, beauty, and entertainment, has now been shifted and described by its owners (Condé Nast), as “the young person’s guide to saving the world” which is an interesting shift. The readers are no longer treated like consumers but, educated and empowered activists. And given everything that’s been going on the last few weeks, it isn’t surprising that they released these tips on filming police misconduct in the wake of all the protests and violence.

As Palika Makam says in this write-up “Using the camera in your pocket can be a valuable way to ensure the world bears witness to abusive policing and systemic racism, help hold authorities accountable, and advocate for the real safety of our communities. To help you film safely, ethically, and effectively, see the guidance below:”

At a very brief glance, the post provides insight and very important tips and strategies on the following topics

There’s a lot to take in and consider if you’re thinking of heading out to these protests or if you may have to record an incident like this in the future, but it’s important for as many people as possible to know. So please be sure to read the full original post from Teen Vogue here, dive deep into the posts on Witness, and above all else, be safe!