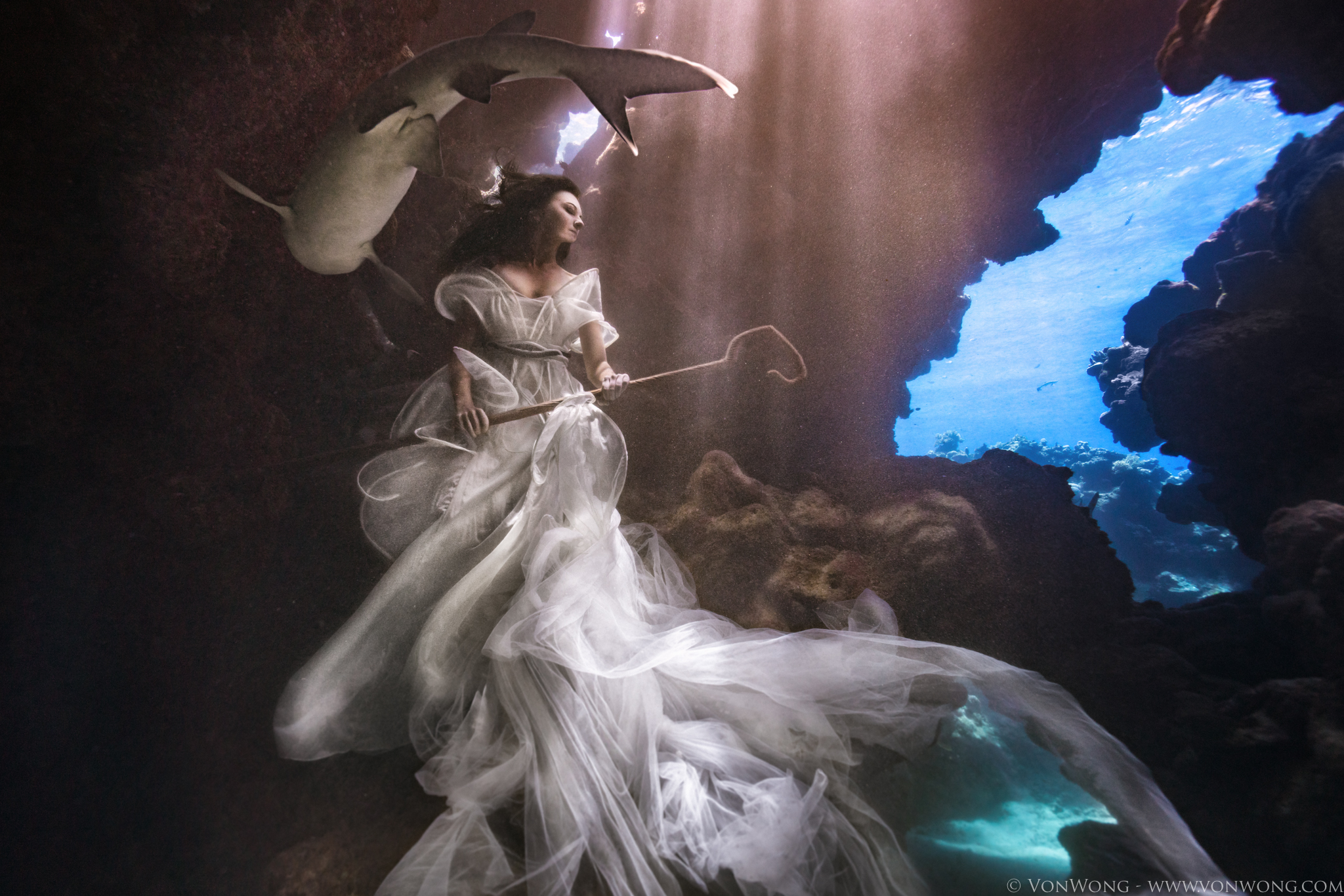 In the recent years, sharks have become cool. The fear of going in the water single-handedly induced by the movie Jaws has given way to sharks being full blown media darlings. These silent, deadly, beautiful, and enigmatic predators of the sea have gained popularity and have climbed the ranks to be the cool kids of the sea. With upwards for 42 million viewers for Discovery Channel’s Shark Week last year to Sharknado to the infamous “left shark,” the species’ notoriety is skyrocketing.

Sadly, these predators are being hunted by man for a variety of reasons. Shark soup is a delicacy in many parts of the world; shark cartilage and liver oil are put in medicines and beauty products; shark teeth are sold as souvenirs. The shark population is depleting at an alarming rate, and photographer Benjamin Von Wong wanted to do a project to advocate their conservation.

If you’re unfamiliar with the work of Benjamin Von Wong, first check out these articles. Von Wong is known for taking on seemingly impossible projects and creating stunning images in the midst of the chaos. Each shoot seems to be more challenging than the last and each full of the element of surrealness, photographed in some remote part of the world. In his work, you can’t help but try to figure out if it’s Photoshop magic or if he really did dangle the CEO of SmugMug off the edge of the tallest skyscraper in San Franciso. So, it’s no surprise that Von Wong’s latest shoot involves tying a model down while sharks swarmed around her in Fiji. No big deal. 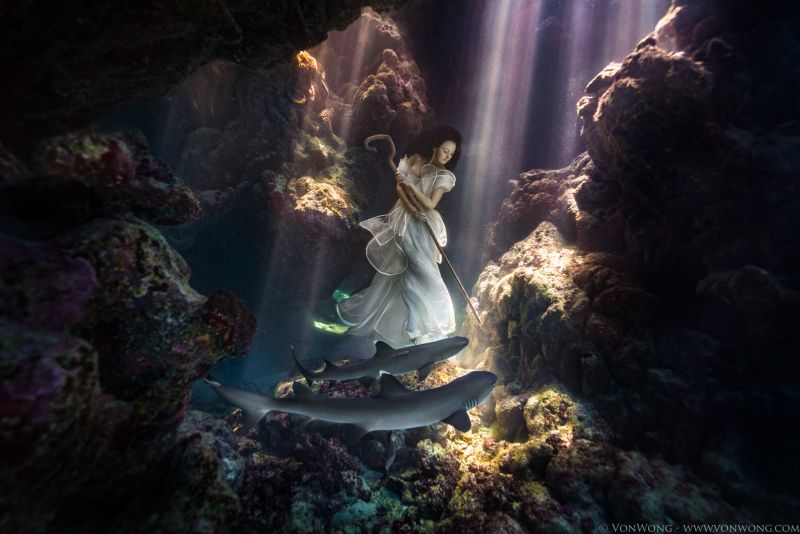 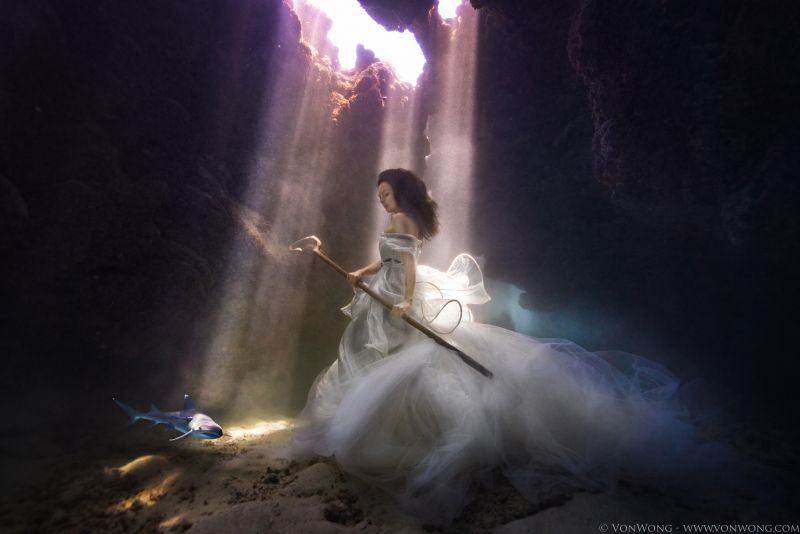 In his recent work, Von Wong has been striving to use his talent to bring attention to the conservation and protection of nature. In this project, Shark Shepherd, Von Wong’s vision was to bring attention to the plight of sharks and where better than in a land known for its shark dives. Working in unpredictable elements (underwater) with unpredictable creatures (sharks), Von Wong and a team of support divers, a marine biologist/shark expert, plus champion freediver as the model, went beneath the surface with the goal of capturing a shark shepherdess in her element. They had a two-hour window to work with each day. The shoot took three days to capture the perfect images of the skittish sharks. 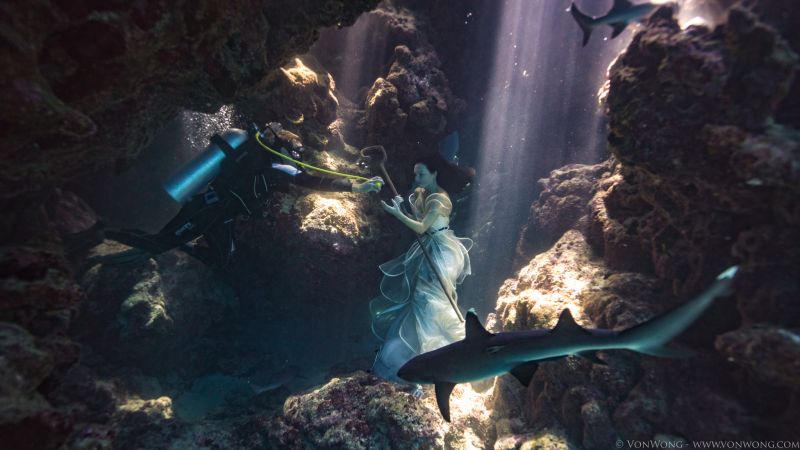 Von Wong hopes that this project will encourage supporters to sign a petition to create shark sanctuaries to protect these magnificent creatures. You can sign the petition here: www.sharkshepherds.com.

See more images in Von Wong’s blog post here and watch the video below for a behind the scenes look at how it all came together.

How To Capture Beautiful Images With A Low Dynamic Range Camera